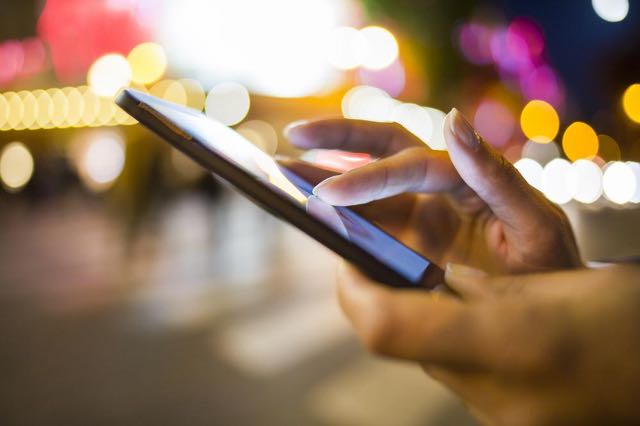 Is your mobile data running out faster? It might be megabyte rounding

Mobile data is a valuable feature for all smartphone users but a study has revealed some customers are losing almost a quarter of their monthly allowance to an industry practice called megabyte rounding.

Research by Australian Communications Consumer Action Network (ACCAN) uncovered the alarming results that is seeing customers losing on average around 23 per cent per month.

Megabyte rounding occurs when a data session is rounded up to the nearest megabyte.

So even if your data session uses a few kilobytes, some telcos round that up to a megabyte.

The result is your data allowances being used up faster even though you haven’t consumed that amount of data with your activity.

The research, conducted by two UTS Information technology engineers who analysed more than 20,000 data sessions, found the impact of megabyte rounding had quite a range.

The average amount was a sizeable 23 per cent. This means that a user who has 5GB of data per month would only be actually using 4GB before their allowance ran out.

Users with lower data allowances – those who use less than 500MB – were hit the hardest by rounding that used up around 80 per cent of their data.

But the cheeky part of the situation is that customers are then forced to pay an additional charge per month if they exceed their data limit.

“Megabyte rounding will have the biggest impact on consumers who are low data users,” said ACCAN CEO, Teresa Corbin.

“This is data that consumers are paying for that they don’t get to use. Consumers shouldn’t sign up to these poor value megabyte rounding plans.”

In the past year since ACCAN began its research, six out of the eight telcos have dropped megabyte rounding completely.

But there are still some plans which are sticking with megabyte rounding.

If customers are starting a new plan it is advisable to check how they charge their data sessions.

“The use of megabyte rounding for mobile phone plans has decreased in the past year. This is great for consumers, but there are still plans out there that can be a rip-off. Before signing up to a plan, consumers should do their research to choose one that’s going to give them good value for money,” says Ms Corbin.

“We’ll be keeping an eye on the industry to make sure that megabyte rounding and poor value plans don’t make a comeback in the future.”

Below is a table of telcos outlining the billing units for data. The lower this figure the better and it ranges from being charged per kilobit to being rounded up and being charged at megabytes at a time.

As of March 24 the following plans were still using megabyte rounding:

* Virgin Prepaid excess data (devices set up for 4G only). You can turn it off but are limited to 3G.

The table also outlines how much customers are charged per megabyte of they go over their data limit.

The * indicates advertised changes made between April and November 2015 that reduce the billing units from megabyte session rounding to the value indicated.

All Telstra plans use KB billing units, except the Telstra Prepaid Simplicity offer (available since 2011) which has a charge of 10 cents per MB or part thereof. 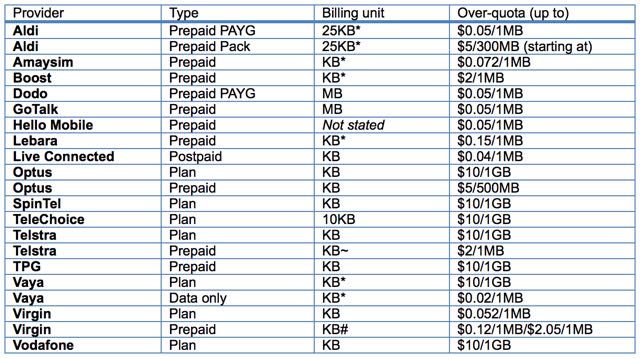