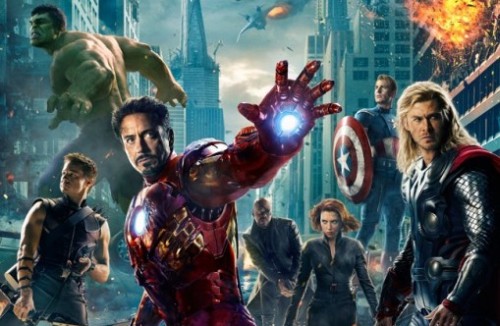 The Avengers lives up to the hype

The Avengers doesn’t have one super hero – it’s got six – and it does one thing many films before it have failed to do – live up to the hype.

Tech Guide was invited to the Sydney premiere of the highly-anticipated Marvel film which we found to be an action-packed thrill ride that didn’t take itself too seriously.

Written and directed by Joss Whedon, the writer who brought us Toy Story, Buffy The Vampire Slayer, Angel and Serenity, The Avengers picks up where the previous Marvel film, Captain America, left off.

A mysterious inexhaustible energy source (seen at the end of Captain America) suddenly starts to surge and the top secret government agency guarding learn it is actually a doorway to the other side of the universe.

“A door can open from both sides,” observes Hawkeye (played by Jeremy Renner).

Before they know it they are confronted by an all powerful alien named Loki who just happens to be the brother of Thor from the planet Asgard.

It turns out Loki has had his eye on earth and intends on bringing humanity to its knees.

When he takes the dangerous energy source into his possession, he gathers a team – including a member of The Avengers – and sets about on his evil plan.

Meanwhile Nick Fury (Samuel L Jackson) the head of SHIELD and custodian of the energy source goes against the orders of his superiors and decides to gather our super heroes to combat earth’s greatest threat.

But don’t expect our heroes to play together nicely. They form a tense but entertaining love-hate relationship but soon realise their only hope for success is if they band together.

So Captain America, Thor, Iron Man, The Hulk, Black Widow and Hawkeye decide to combine their unique strengths and talents for the sake of mankind.

And rather than turn the whole epic into a serious action flick with no laughs, writer/director Whedon has laced the script with a surprising amount of tension-relieving humour.

And this is what allows The Avengers to be as big, loud and silly as it wants to be.

Without any of the laughs thrown in, the film would have run the risk of being too cheesy and too serious.

Had this been the case the audience could quite possibly have been laughing at the characters instead of with them when they’re getting on with the job of saving planet Earth.

And what’s even more surprising is the fact that none of the super heroes drown each other out.

Whedon has done a remarkable job with the script developing all six of the super hero’s characters and giving each enough individual screen time to shine before bringing them all together to bounce (literally on many occasions) off each other.

Watch out for a great tussle between Iron Man (Robert Downey Jnr) and Thor (Chris Hemwsorth) and a nice melee between the Hulk (Mark Ruffalo), Black Widow (Scarlett Johansson) and Thor.

But the battle is out there and our heroes band together for the climactic scenes in New York City which features some of the most amazing special effects viewers will ever see.

The film also makes great use of 3D to draw viewers into the world of the Avengers rather than just poking things at the audience to show off.

The Avengers is a great example of how super hero action films should be made with a combination of action, story-telling, character and humour.

And the result is a blockbuster that is greater than the sum of its super hero parts.

The Avengers opens across Australia on April 25.