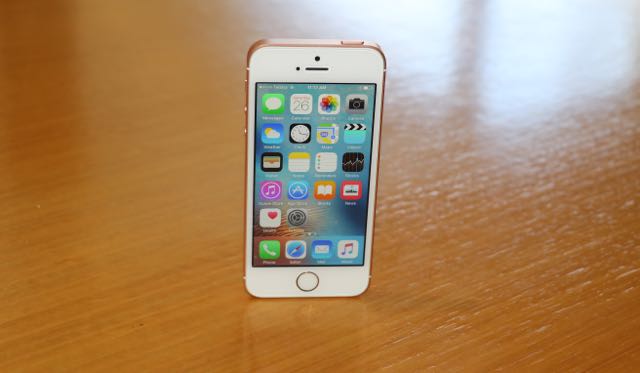 Apple has gone back to the future with the iPhone SE – a 4-inch device that might look like the iPhone 5S on the outside but that has most of the features and performance of the latest iPhone 6S.

Releasing a smaller and more affordable iPhone was not a difficult decision for Apple to make.

After all, the company sold more than 30 million 4-inch iPhones in 2015 which demonstrated there was a demand for such a product.

The number of people buying the latest, most expensive smartphone is only a small portion of the market with the bulk of customers worldwide sitting in the mid or super-mid tier. 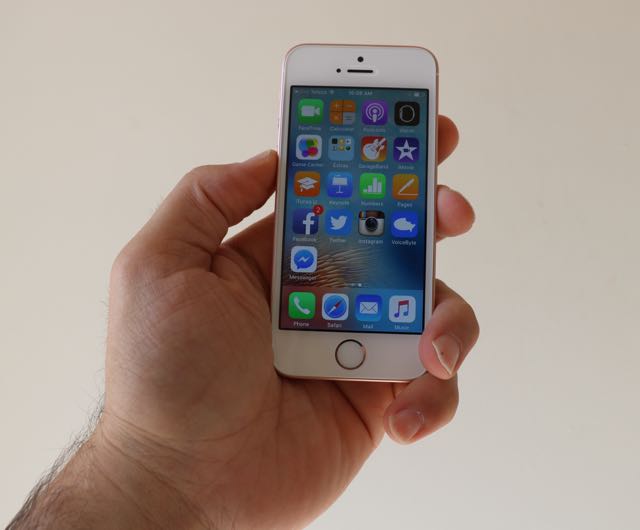 The iPhone SE – starting at $679 – is positioned squarely in this category.

Until now the customers shopping for a smartphone in this category didn’t have an iPhone as a choice. Not anymore.

From next week, the other brands doing decent business in this segment now has Apple as a competitor. 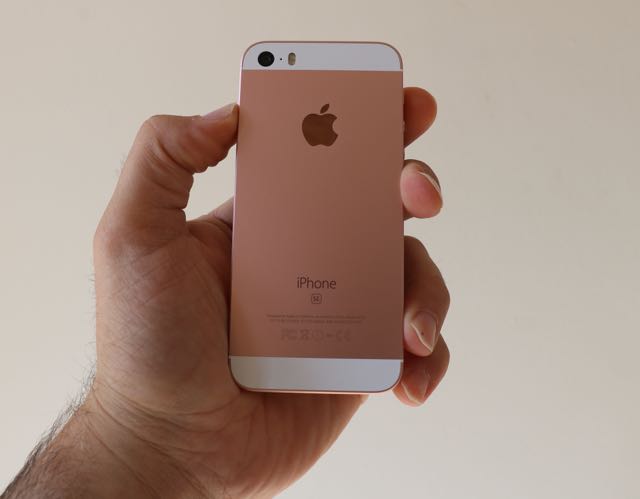 On the design side the iPhone SE is almost identical to the iPhone 5S. So that means it’s 7.6mm thick and weighs 113g.

This classic design has been refined with matte-chamfered edges and a colour-matched stainless steel inset Apple logo.

It also available in the new rose gold colour – along with the usual silver, gold and space gray.

But despite having a four-year old design the iPhone SE can still hold its own when compared to its rivals in this category.

The 4-inch Retina display screen looks great and is easy to use with one hand.

For us, coming back from a 5.5-inch iPhone 6S Plus, the iPhone SE’s 4-inch screen felt as small as a postage stamp at first but it didn’t take as us long to get back in the groove and appreciate the high quality display.

You have to remember, most people who buy the iPhone SE are probably not coming from using a device with a larger screen.

But for many it will be their first device or an upgrade from a smaller device.

The second you pick up the iPhone SE you’ll find out the device is fast. It’s a little pocket rocket.

It’s just as fast as the flagship iPhone 6S as a matter of fact because they are both powered by the same A9 processor.

It has 64-bit desktop-class architecture so you’ve got the most powerful 4-inch smartphone on the planet in your hands.

When compared to the iPhone 5S, the iPhone SE is twice as fast. On the graphics side it is three times faster so you can play the latest games and get through your task and navigate your apps even faster. 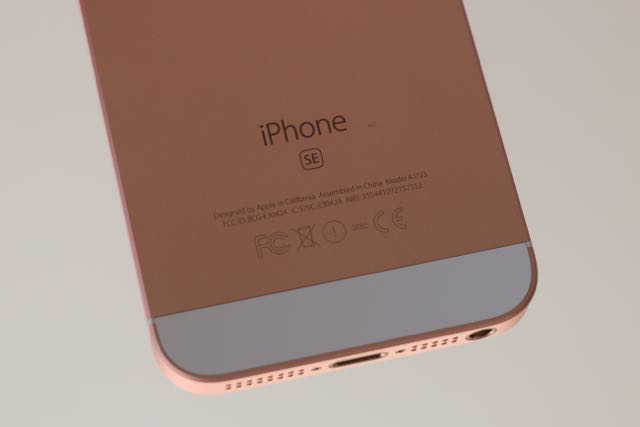 Also onboard is the M9 motion co-processor that takes care of things like fitness tracking capabilities like counting your steps and measuring distance.

It also has Siri onboard and is always on standby until you say “Hey Siri” and wake it up hands free.

Another feature of the iPhone SE that can match the iPhone 6S is the 12-megapixel camera which is one of the best shooters you’ll find on a smartphone.

This another big tick for the iPhone SE.

It has the same pixel technology including focus pixels for faster autofocus so you don’t miss the moment.

You can take sharp pictures with natural accurate colours and, with improved face detection, the pictures of you and your friends and family will also look great. 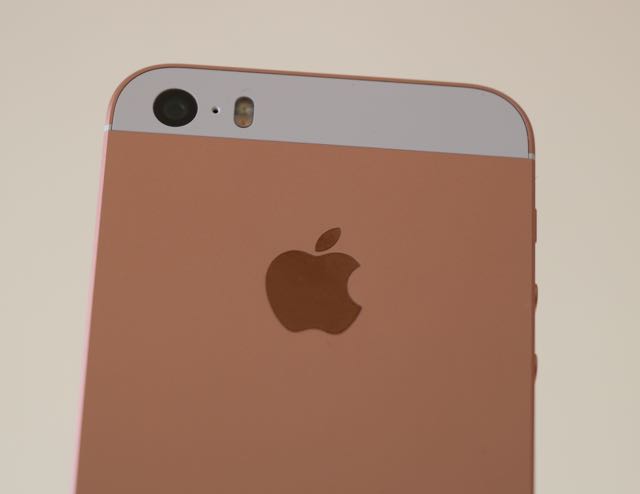 Users can also take stunning panorama shots up to 63-megapixels.

iPhone SE can also capture Live Photos as well. They’re those images that are like micro movies with images captured before and after you press the camera’s shutter.

But the surprising feature from the iPhone SE is the ability to shoot 4K video with video stabilisation– something we’re not used to seeing on a 4-inch device.

It can also shoot slow-mo and full HD at 30 frames per second along with time lapse. 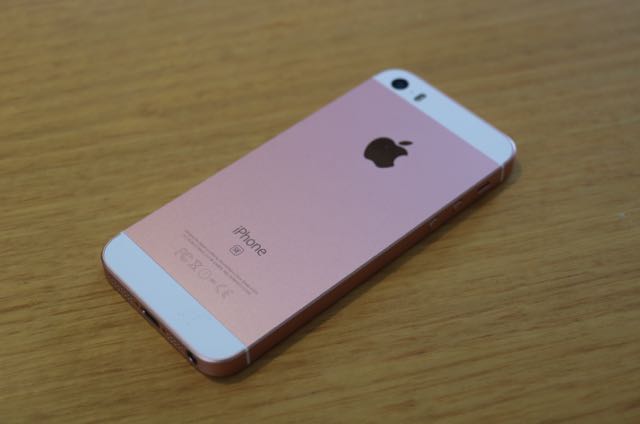 And for your selfies – the front FaceTime camera converts the display into a flash.

When you take the picture the display chip makes the screen flash at three times its usual brightness to light up your selfie.

The iPhone SE has the advanced Touch ID so you can unlock the device instantly and authorise payments in the App Store and iTunes and also with Apple Pay.

It also has the latest 802.11ac wi-fi connectivity and compatibility with the fastest 4G LTE bands so it can work anywhere in the world.

Also onboard is the latest iOS 9.3 software. 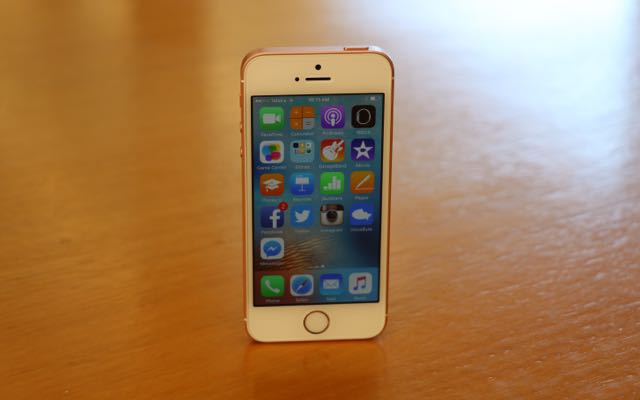 The combination of a smaller screen and the A9 processor means high battery efficiency.

That’s yet another standout feature of the iPhone SE. The battery powered through the day and well into the next morning on a single charge after using it as our main device and with the brightness at about 75 per cent.

The iPhone SE might be small but it packs a mighty punch.

The device is aimed at the bulk of customers who are sitting at the mid-tier, who can’t afford the flagship devices, who prefer a smaller screen and a compact device.

The iPhone SE ticks all of those boxes while delivering the same performance as Apple’s most recent iPhone 6S.