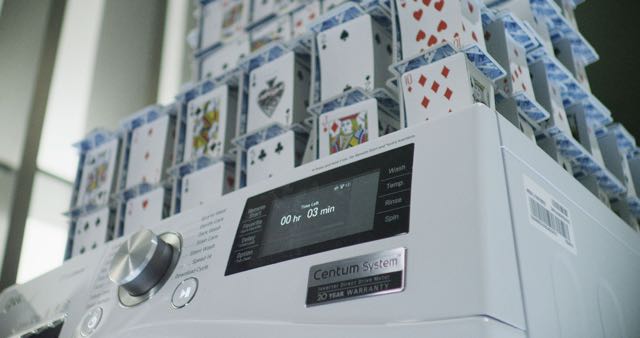 LG has been part of a new Guinness Record after a professional card stacker (yes, there is such a thing) built the tallest house of cards – on top of its new Centum washing machine while it was running.

Bryan Berg, a Harvard graduate who has been stacking cards since he was eight years old, partnered with LG for the record attempt to build the world’s tallest house of cards.

But it came with one condition – it had to be sitting on top of the LG Centum front-loading washing machine while it was spinning at 1,000 RPM.

As you can imagine, building a house of cards requires just the right conditions and if you give it one bump – you have to start from scratch.

LG went ahead with the record attempt because it was confident the product’s damping system, which is equipped with similar shock absorbers found in cars and a fixed tub system, would offer virtually no vibrations. 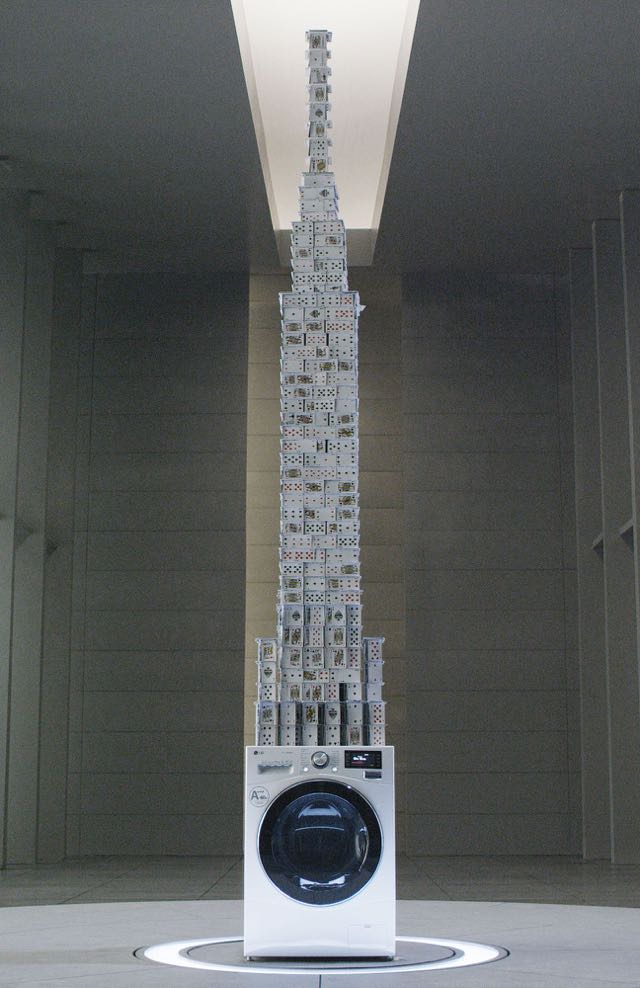 Berg set the record with a 3.3m tall 48-storey structure which was made with standard playing cards. And it was built on top of the running LG Centum washing machine.

“We are thrilled for Bryan to have achieved this remarkable goal, but it’s also fantastic that this exercise helped to highlight the technological innovations that exist in some of today’s home appliances.” said Jo Seong-jin, CEO and president of the LG Electronics Home Appliance & Air Solutions Company. 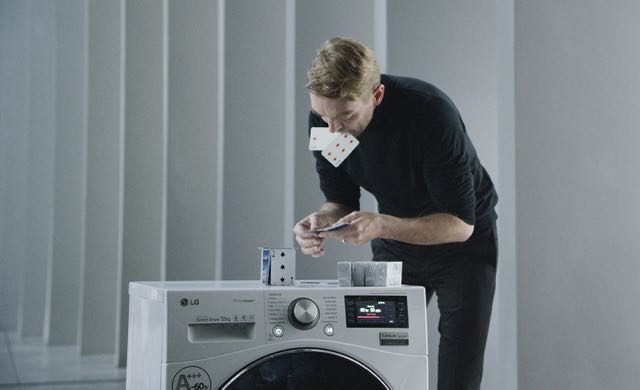 “Appliances should no longer be viewed as noisy, disruptive machines but as a home companion that can coexist unobtrusively in any laundry.

“This record-breaking event was a creative way to drive this point home.”

The LG Centum washing machine availability in Australia is yet to be announced.