You’ve heard of the famous baggy green cap? Now with the cricket season fast approaching you can get your hands on The Goldie – a tech-enabled cap designed to bring people together and give them the chance to win great prizes.

Created by XXXX Gold, The Goldie has a small iBeacon module inside the cap’s lining that can detect other Goldies that are in range through the XXXX Gold app.

When two or more people wearing Goldies are brought together they increase their chances of winning one of 6000 cricket-related prized with a value of more than $350,000.

The more mates that get together with their Goldies the more chance they have of scoring a prize including LG TVs, Qantas flight vouchers, official merchandise and other cricket items. 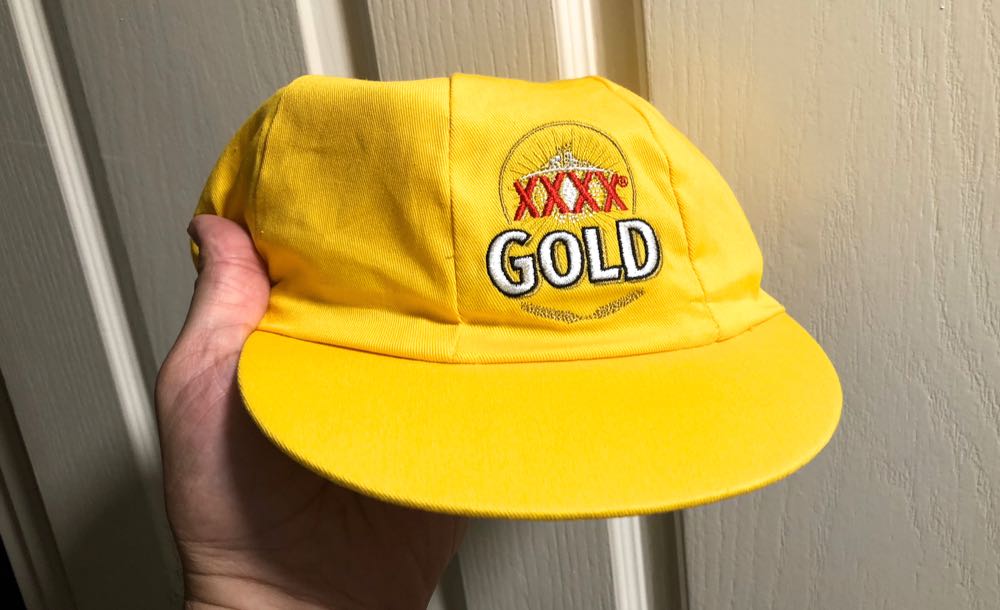 “Cricket is about more than just the players. It’s about the fans that head out to the Test, play cricket at the beach or get together with their mates at home to watch the match,” Gilchrist said.

“The Goldie has been created to unite these fans over their favourite sport and make them feel part of the Ashes this summer.”

The Goldie is available to cricket fans who purchase specially-marked packs of XXXX Gold or at participating venues.

There are other chances to win $10,000 if you’re in the crowd at the Australian Men’s Test matches and One-Day Internationals.

XXXX Gold will be giving fans wearing The Goldie the chance to win $10,000 if they catch a six.

“We thought doing something big for the fans was a great way to kick off the season,” said XXXX Gold marketing manager Richard Knight.

“Launching the Goldie is all about giving Aussies more joy in coming together over cricket this summer.

“Whether you’re playing cricket with your mates in the backyard or sitting in the stands –the Goldie is going to take the experience to the next level.

“Partnering with Cricket Australia was a natural fit for us, especially given that XXXX GOLD has long been a supporter of cricket.

“We’re stoked to be back and be the official beer sponsor of the Australian cricket team and encourage Aussies to get together with their family and friends under the Aussie sun and celebrate the season ahead.”
The Goldie is available now.