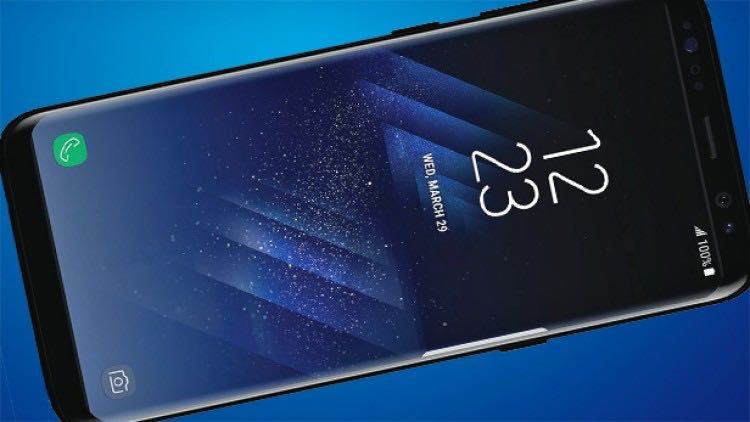 The countdown is on to the launch of Samsung’s new Galaxy S8 smartphone which will take place in New York later this month and the rumours about the device have gone into overdrive.

With the dust just settling from Samsung’s Note7 issues and recalls, all eyes will be on the electronics giant to see what it comes up with next.

The Galaxy S8 needs to be a home run and, if the rumours are to be believed, it is on track to be a hit.

Battery issues aside, the Note7 was an advanced product that included an iris scanner so you could unlock the device just by looking at it.

That feature is believed to be coming to the S8 as well.

To accommodate these larger screens, they will have an 18:9 aspect ratio – so longer and narrower – and the home button will be eliminated to increase the screen to surface ratio.

The larger of the two devices will probably be called the S8+.

The fingerprint reader will probably be found on the rear panel of the device below the camera lens.

We’ve heard the screen will have a 3D touch feature that will also act like a virtual home button.

Speaking of the screen it will have curved edges that are almost as rounded as last year’s hit the Galaxy S7 Edge.

We understand that this year there will be no Edge model because all models of the S8 will have the same curved edge screen.

The screen resolution is rumoured to be 1440 x 2960 – that’s quad HD but we’ve also heard the larger of the two devices may even have a 4K display.

On the camera side, there probably won’t be any change from the 12-megapixel dual-pixel sensor with the front camera possibly being brought up to the same resolution for flawless selfies.

Under the hood, the Samsung Galaxy S8 and S8+ will probably be powered by the Qualcomm Snapdragon 835 processor with 4GB RAM.

Internal memory capacity is reportedly going to be 64GB although we’ve also heard whispers that it could be as high as 256GB and still have a memory card slot so you can be carrying around up to 512GB with an additional 256GB microSD card – like the one given away with last year’s Note7.

The Samsung Galaxy S8 will be running Android 7 Nougat but will not be running the voice-activated Google Assistant.

That’s because Samsung will introduce its own assistant – similar to Siri on the iPhone’s.

The rumour is it will be called Bixby and it will have artificial intelligence to really get to know the user.

But unlike the iPhone 7, the Samsung Galaxy S8 is strongly rumoured to keep the headphone jack so you’ll still be able plug in your regular headphones.

Samsung will continue with the USB-C port – it was included for the first time with the Note7 – and will be a feature of every Samsung smartphone moving forward.

Battery capacity will also be an important feature and rumours suggest the S8 and S8+ will have batteries with 3000mAh and 3500mAh capacities respectively.

And of course, they will also have a water-resistant rating of IP68 – the same rating as the Galaxy S7.

All will be revealed on March 29 (early morning March 30 Australian time).

The Samsung Galaxy S8 is likely to go on sale in Australia on one of two dates – either April 17 or April 28.

Tech Guide will be in New York for the event and will bring you all the news about the Samsung Galaxy S8 including a hands-on review of the new product.