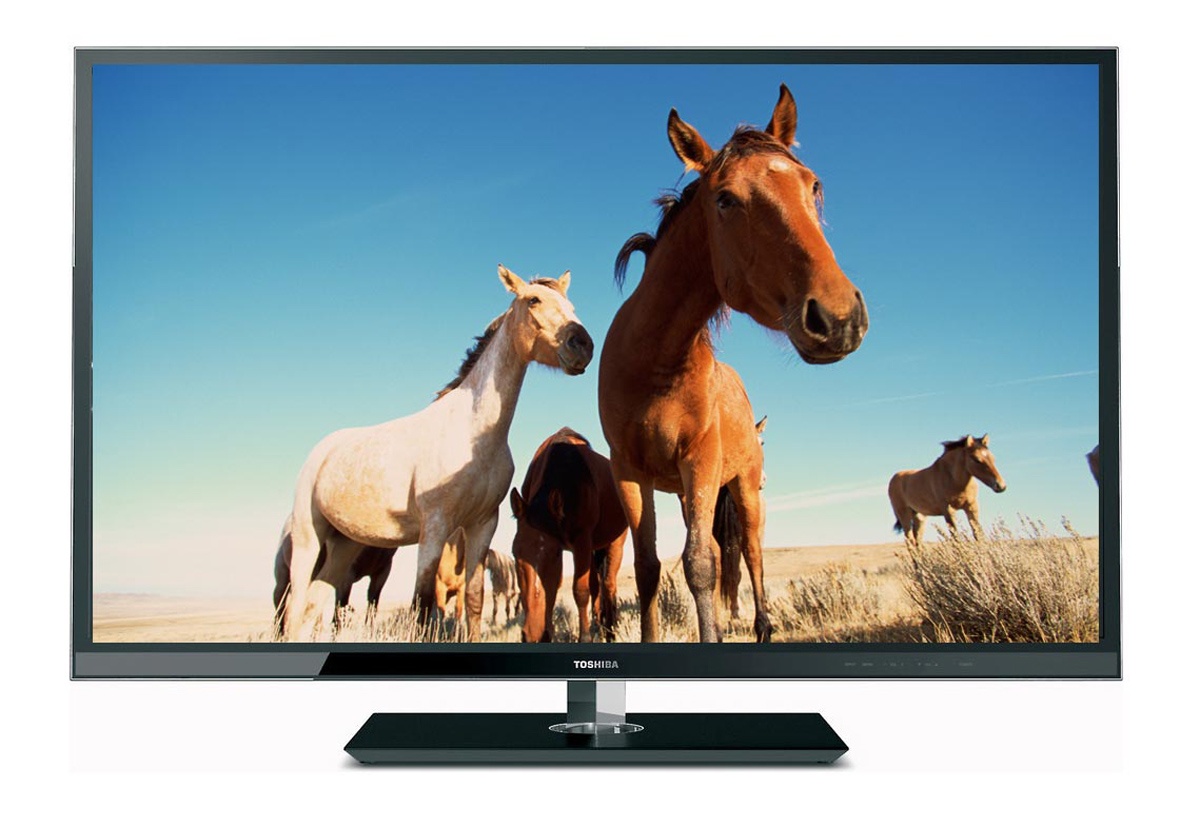 Toshiba’s new Regza WL800A is a smart TV in more ways than one.

The 46-inch LCD TV has basic internet connectivity and the ability to connect to your devices within your network as well.

On top of that, the Toshiba flatscreen also has a camera which is used for both facial recognition and as a movement sensor.

And if you have a compatible smartphone there even a mode to the high definition videos shot on your device directly on the Toshiba’s 46-inch full HD 1920 x 1080 screen.

Toshiba brought in Jacob Jensen to design the Regza WL800A – and for their money they got a reasonably thin bezel and angled silver stem attached to table top stand that is also angled.

The design is subtle and not something that’s going to garishly standout in your home and distract you from what you’re actually watching.

The panel is also quite thin – 27.5mm – and would look good mounted on a wall.

In terms of picture quality, the Toshiba Regza WL800A is a winner.  It has excellent colour reproduction with strong black levels and contrast.

Colours were warm and vibrant and skin tones were like looking at a real person.

We were also impressed with the way the panel handled motion. Even fast movements created virtually no judder.

On the 3D front this quality carried over but the glasses made the screen brightness come down a couple of notches.

There was a little cross talk which means the left and right images for each weren’t always completely isolated. We found this to be only a minor blemish when were watching 3D movies on Blu-ray.

The Toshiba also has 2D to 3D conversion which added a little depth to the 2D content but nothing to write home about and certainly in the same ballpark as the native 3D content we viewed on the panel.

Sound quality was also above average so just hearing the Toshiba on its own without an AV receiver or speaker system will still provide acceptable audio output.

The Toshiba Regza WL800A has a camera built into the bottom frame of the screen.

This is utilised in a couple of ways – face recognition and sensing movement.

The panel uses face recognition as a way of offering a quick and easy way of adjusting the TV to your preferred settings.

Once the panel detects a registered face (it can register up to eight faces) it will automatically adjust the TV to your picture and audio settings.

We even set the Toshiba up for two other people and it recognised each of them and their preferred settings.

But one thing about it we did find annoying was that if we took our eyes off the TV for a couple for minutes while we were reading or using our iPad the panel would do a facial match each time we looked back at the TV and display a welcome each time.

Of course every time we walked out of the room and back in again – same story. But hey – at least it’s accurate. And it can also be turned off.

The camera can also be utilised as a movement sensor. The user can set the Toshiba Regza WL800A into Energy-Saving mode and set it to shut offer after a certain time frame if no movement is detected.

If you’re sitting fairly still while watching the TV it will display a message saying movement has been detected for a while. Of course we moved right away when we saw and it went away.

Again this has the potential to annoy but yet still a very handy feature if you have a habit of falling asleep in front TV or kids who like to leave the room without turning the TV off.

It’s also possible to connect an external hard drive to the Toshiba television and record programs on it to playback at your leisure.

Connectivity with the Toshiba Regza WL800A is limited to YouTube, Facebook and Picasa so not as fully fledged a smart TV as other models on the market but still a handy add-in nonetheless.

What was even more impressive was the connectivity achievable within your network. The fact it has built-in wi-fi adds another tick in the box and also makes it easier to connect.

This television is DLNA (digital living network alliance) compatible so it’s possible to access content like music, pictures and movies from other devices on our network including computers and smartphones.

One feature we liked was Photo Frame mode which turns the Toshiba’s 46-inch screen into a giant digital photo frame.

The only compatible devices we know of at this stage are the Samsung Galaxy S II and the HTC EVO 3D.

But good to see Toshiba embracing smartphone connectivity which, thanks to the impressive camera quality on these devices, will be how we capture most of our images and videos moving forward.

The Toshiba Regza WL800A is a capable TV that offers excellent picture quality, respectable 3D playback and a host of features designed to make it user and environmentally friendly.

The Toshiba is a product designed with an eye on the future.

The Last of Us first look – from the makers of Uncharted