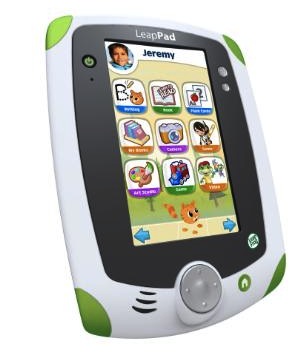 Tech toys will be a popular choice of gift this Christmas and we’ve run our eye over some of the most exciting offerings.

This is the iPad for the younger generation. The LeapPad Explorer had a 5-inch colour touchscreen and teaches kids to read and write while making it fun.

With 2GB of memory, the device can store a number of apps including UltraBook which provides a fully interactive multimedia word-by-word reading experience.

Story Studio combines art, audio and writing so the young user can draw and play and still be learning along the way.

Aimed at children aged 4-9, the LeapPad Explorer has broad appeal with activities which include reading, maths, science, geography, art, health, language and music.

There’s also a built in camera which can record stills and videos.

Parents can also keep track of their child’s progress through LeapFrog’s online Learning Path and even share their child’s achievements and creations with family and friends.

This quadricopter can hover like a UFO thanks to the many sensors placed around device.

The AR Drone can also be controlled with your iPhone, iPad or an Android smartphone by creating a local wi-fi connection between the devices.

A complete remote is contained within the app for the respective device with the user able to take complete control from the touchscreen.

Also onboard the AR Drone are two cameras – a forward and top-down view which can be viewed right there on the control device’s touchscreen.

Elmo is one of the most popular Sesame Street characters and this new tech toy can keep your pre-schoolers entertained for hours.

Aimed at kids 18 months and older, Let’s Rock Elmo comes with his own microphone, a tambourine and even a drum kit.

Kids can choose which instruments they’d like Elmo to play and the lovable character recognises the one they give him.

Elmo sings and dances and plays the instruments with lots of energy and is sure to bring a smile to a little one’s face.

Indoor remote helicopters are pretty cool on their own but the Air Hogs Fly Crane adds another challenge to the fun.

This RC copter can not only fly, hover and move in all directions – it can also drop a grapple hook to pick up one of the three included baskets.

The remote control features controls for trim, throttle and steering and also doubles up as the charger when the copters batteries start running low.

Here’s a great stocking filler that’s affordable and also a lot of fun.

There also sound effects that can help turn a moment of downtime into an enjoyable break.

There are also many different characters to collect and each has not only its own look but also sounds and movements. Addictive fun.

The Lazer Stunt Chaser puts a different spin on the remote control car.

With this version the hand controller actually shoots a light beam on the ground and the Lazer Stunt Chaser car automatically chases after it at top speed.

The car that comes with the Lazer Stunt Chaser is double sided so there’s no right way up – that means that whatever side it lands it will still keep on going.

Also included in the kit is a half-pipe ramp that can make the cars perform somersaults and jumps.

The cars also have wheels that change colour each time they turn upside down, because each car has a two-way radio channel, you can race cars side by side.

If you feel like a bit of target practice then the Air Hogs RC Vectron Wave Battle.

Included in the box are a light gun and Vectron Wave Saucer and the idea of the game is to hit the saucer three times to make it deactivate and float back to the ground.

As soon as the gun is pointed at the saucer it will automatically start to out manoeuvre you.