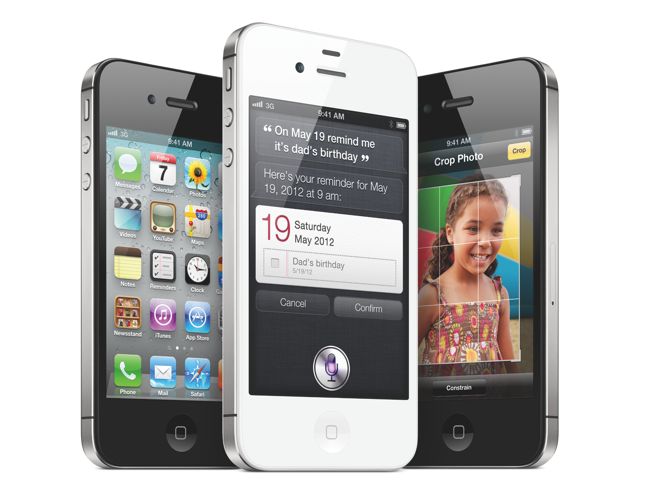 The iPhone 5 that everyone expected didn’t materialise. Instead Apple announced a souped-up version of the iPhone 4.

The iPhone 4S was unveiled at a special event at Apple’s headquarters early today and boasts a faster A5 processor and an improved 8 megapixel camera.

You can watch the video of the Apple event here.

But one of the most impressive features of the new device, to be released in Australia on October 14, will be a new voice command system called Siri.

The iPhone 4 will still be available in a 8GB model with the 3GS also hanging in there with an 8GB model.

Anticipation was high ahead of the Apple event with speculation reaching fever pitch that a brand new iPhone would be released.

Many expected an all-new device with a larger screen and thinner form factor.

But the new iPhone 4S is a significant improvement with the faster A5 dual core processor – the same as that used in the iPad 2.

It also has up to 7x faster graphics which means it can easily handle graphics-heavy games and apps.

Browsing the web on the Safari browser will also be up to twice as fast on the iPhone 4S.

Another new feature is the enhanced 8 megapixel camera which is capable of shooting full high definition video.

But the most impressive feature of the new iPhone 4S is Siri – a new voice-activated digital assistant that can talk back to you.

Users can ask Siri what the weather’s like and even if they need to take a raincoat.

This digital assistant can also let you make calendar entries, read out your text messages while you’re driving and even reply with your voice.

Siri also extends to finding places close to your location. Users can ask iPhone 4S if it can find shops, restaurants, parking and many other points of interest close to their location.

Users can also ask Siri for directions and it will direct them to their destination GPS style.

It can also take dictation so you can say what you want to write in emails and text messages.

Another notable new feature is with the antenna.

Last year the iPhone 4’s central metal band, which also doubles as the antenna, caused a stir with some users able to reduce the number of coverage bars on the screen by gripping the device in the bottom left corner.

Now the new iPhone 4S has addressed this issue with a multi-antenna set-up that can intelligently switch between the two antennas on the device on the fly to find the best signal strength.

The iPhone 4S will also work faster on the networks with HSDPA compatibility to make it up to twice as fast as the iPhone 4.

Also built into the iPhone 4S is both GSM and CDMA radios so it will work across even more networks around the world.

Battery life has also been extended with eight hours talk time, 10 hours of video and 40 hours of music.

The iPhone 4S will be released on October 14. Pre-orders start October 7 and starts at $799 for the 16GB version.