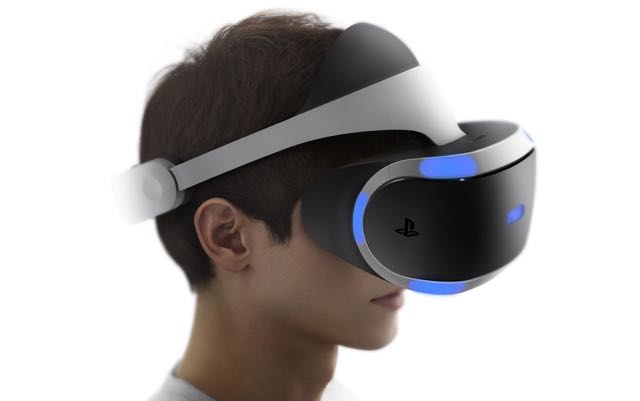 We saw the future of gaming and entertainment when tried Project Mopheus at the IFA tech show in Berlin – Sony’s remarkable virtual reality (VR) headset the puts you inside the game.

Tech Guide had an opportunity to give Project Morpheus a try on the Sony stand at IFA and it was nothing short of stunning.

We played the game The London Heist and the section of the game played started with us being interrogated before the scene flashed back to a gunfight where you are taking cover behind a desk.

The Project Morpheus headset connects to the PS4 console and fits over your head with an adjustable band and the optical portion can also be adjusted to completely encase your eyes so that all you see is the OLED display in each eye piece.

The field of view is incredible and you are completely engulfed in the action. For the sound we wore a pair of headphones.

The scene we found ourselves in was a garage and we were sitting opposite a muscular thug.

As we turned our heads we were able to look around the room in all directions.

At one point the thug’s phone rings and he hands it to us. 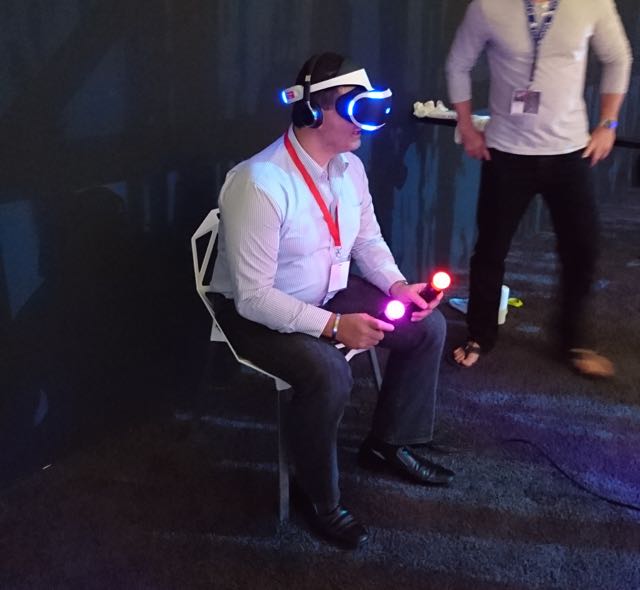 We use our “hands” – actually PlayStation Move controllers – to grab the phone. And when we put it closer to our ear we can actually hear the person speaking more clearly.

Suddenly we are transported to a flashback scene where we are standing behind a desk with multiple drawers. 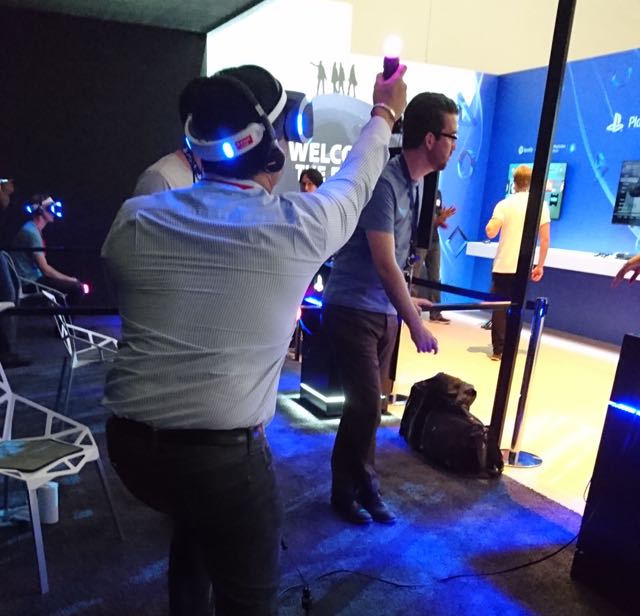 Somewhere in here is a jewel from our heist – and lots of ammunition magazines for the pistol that we pick up from the top of the desk.

To fire the gun, we press the trigger on the move controller. To reload we pick up a magazine with our left hand and jam it up into the bottom of the gun in our right hand. 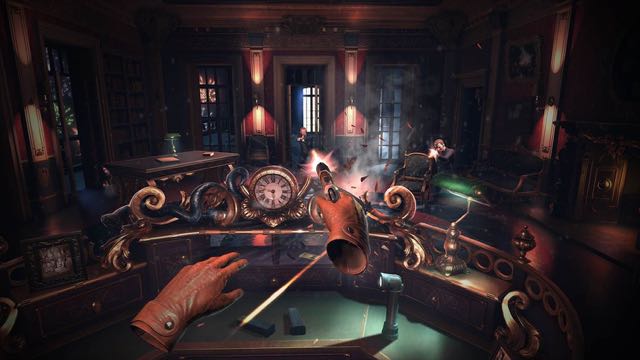 Meanwhile there are men storming into the room with all guns blazing and we have to take cover behind the desk and return fire.

But to us we were so immersed in the game we didn’t give it a second thought. 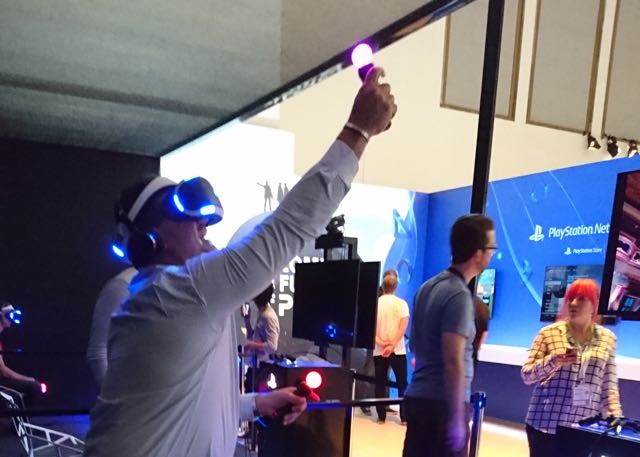 The realism of the game and the immersive nature of the experience was truly remarkable.

And the picture and audio quality was exceptional. 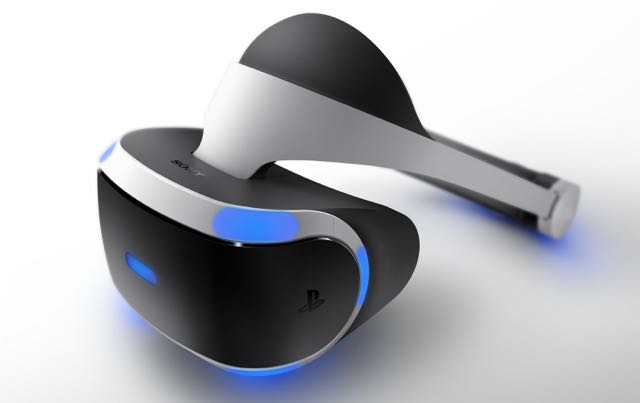 Project Morpheus will be available in the first half of 2016 and will support more than 25 games at launch including The London Heist game we played, Battlezone, Jurassic Encounter and Paranormal Activity.

This is literally a game changer.