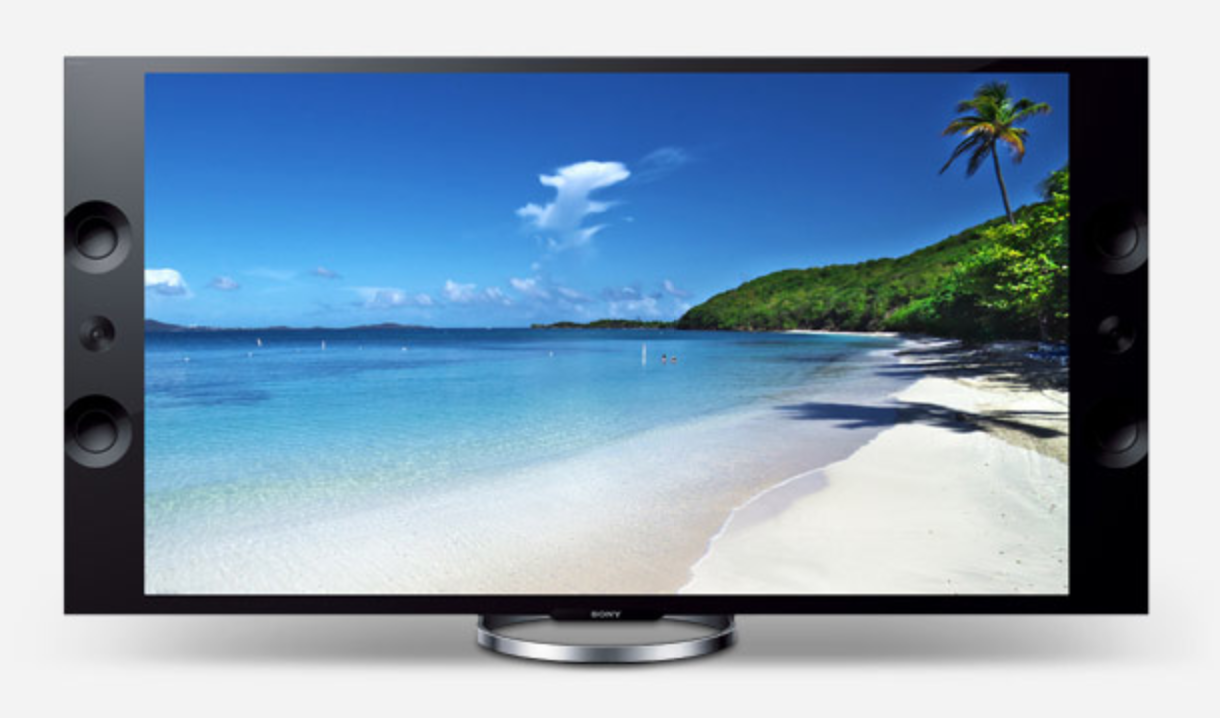 A term you’re going to hear a lot this year is 4K – also known as ultra high definition – and Sony has invested in the technology from lens to lounge room.

4K has four times the resolution of full high definition and offers incredible sharpness, detail and realism that’s as good as the cinema.

In fact the difference between full HD and 4K is a much larger jump than the move from SD to HD and the result is an amazing increase in the level of detail and clarity.

Most manufacturers have already included 4K in their respective road maps   with products already on the market.

But unlike any other company when it comes to 4K, Sony is involved every step of the way with 4K cameras, production, distribution, exhibition in cinemas, remastering on Blu-Ray Disc and finally creating the 4K TV to view the content at home.

If you think you haven’t seen 4K yet – think again.

You probably did the last time you saw a movie in a digital cinema. And chances are it was projected on the screen with a Sony 4K projector.

But soon Sony will release more affordable 65-inch and 55-inch 4K televisions with a stunning picture and the sound quality to match.

With a whole studio behind it, Sony is not just a major electronics company but also a producer of content.

Sony Studios in Culver City in Los Angeles is a working studio where some of the world’s greatest films were filmed including The Wizard of Oz and Singin’ In The Rain.

With its 4K cameras, Sony is also offering other filmmakers and indeed other studios the opportunity to embrace the 4K format as well.

Tech Guide was recently invited by Sony to attend a special conference about the company’s investment in 4K technology along every stage of the production and content delivery process.

Right at the start of the process when action is being captured on the set or on location – Sony is there.

Exterior shots with the Sony F65 have a grandeur that calls to mind 65mm film.

There’s also a mount which will allow filmmakers to use their older film camera lenses on the F65 including lenses from Leica, Cooke, Angenieux, Fujinon and Zeiss.

Footage is captured on large memory cards – remember there’s no film – which have a capacity up to 1TB that can store about an hour of video.

One of the films shot with the F65 was Oblivion starring Tom Cruise which is in theatres now.

Another upcoming big budget production After Earth starring Will Smith and his son Jaden was also captured with the Sony F65 4K camera.

It’s far from over when the cameras stop rolling but rather the start of long post production process and Sony offers a digital intermediate facility called Colorworks at Sony’s Culver City Studios.

It is here where films can be colour graded and mastered in 4K and today is one of the most advanced 4K facilities in the world.

Colorworks also offers remarkable restoration facilities and the ability to convert older films into 4K by scanning the original negatives.

So stay tuned for some classic films being available in 4K.

And it’s not just films made by Sony. Colorworks is available to be used by any filmmaker and any studio who want to use their extraordinary services.

Sony has been instrumental with the introduction digital projection of 4K in cinemas.

The company has made quite an investment in the technology with the first digital projector introduced in 1998.

By 2002 the DCI – Digital Cinema Initiative – was formed with studios creating the specifications, the format, the brightness, security and the resolution for digital projection with Sony putting 4K as the preferred resolution for the big screen.

Today there are more than 20,000 4K cinemas globally with 75 per cent of these installed with a Sony 4K projector.

In the US alone 40 per cent of all cinemas are 4K and 80 per cent of these are equipped with Sony’s 4K projectors.

It is this quality that people will be able to view in their homes with a 4K TV.

One problem with 4K is being able to deliver native 4K content in your home.

The films viewed in 4K in cinemas are quite large files – up to hundreds of gigabytes – and these can’t fit on a single disc. For now.

The Blu-Ray Disc Association has confirmed it has formed a task force to develop technology to bring native 4K content to disc.

In the meantime 4K TV owners will still be able to enjoy 4K quality thanks to the TV’s upscaling capabilities.

Sony will also release a number of films which have been remastered in 4K.

These titles will include older films like Taxi Driver and Ghostbusters along with more recent releases like the remake of Total Recall.

Sony takes the original 4K film and downscales it to full HD (2k) and at the same time creates a database of information for the TV.

This is then decoded using Sony’s 4K TVs using the proprietary X-Reality Pro Engine when the remastered in 4K Blu-ray Disc is played.

The result is a stunning picture as we saw with Taxi Driver which, despite its age, looked sharp and clean and without most of the film grain seen with current versions.

When all is said and done and the movie’s been filmed and viewed in a cinema, 4K TV owners can watch that film in all of its glory in their own homes.

Sony’s first 4K TV – the 84-inch – was released late last year and the combination of new technology and the sheer size of the screen put this product in the $24,000 price range.

But Sony is determined to bring 4K within reach of even more customers this year when it releases the 55-inch and 65-inch 4K TVs.

Pricing will be confirmed in the coming weeks but one thing is certain – it will be within reach of regular consumers who want the highest quality TV in their home.

Sony has taken its 4K experience and technology which have been in play since the cameras started rolling at the start of the production process and combined them on their latest 4K TVs.

Some of that technology includes Triluminous Display which can create the widest range of colours on the screen to take it even closer to the colours we can perceive naturally with our eyes.

Reds, aquas, blues and greens are rendered more vividly while skin tones and other colours look natural and real.

Sony’s X-Reality Pro Engine onboard is also constantly at work to ensure everything you view on the 4K TV is presented and upscaled in the best possible quality.

And it’s not just the picture quality that’s been enhanced. The audio quality has also been improved significantly on the Sony 4K TVs.

Sony has introduced magnetic fluid speakers which are positioned openly on either side of the screen.

Magnetic fluid was first developed by NASA as a way to help transport fuel on their spacecraft in zero gravity.

Inside the speaker the magnetic fluid replaces the dampeners and not only reduces the size of the speaker, it also dramatically improves the sound quality.

Sony’s 55-inch and 65-inch 4K TVs will be released in Australia in the coming months.

Stay tuned for a full review on Tech Guide soon.

* Stephen Fenech travelled to Los Angeles as a guest of Sony.

Listen in to episode 45 of the Tech Guide podcast