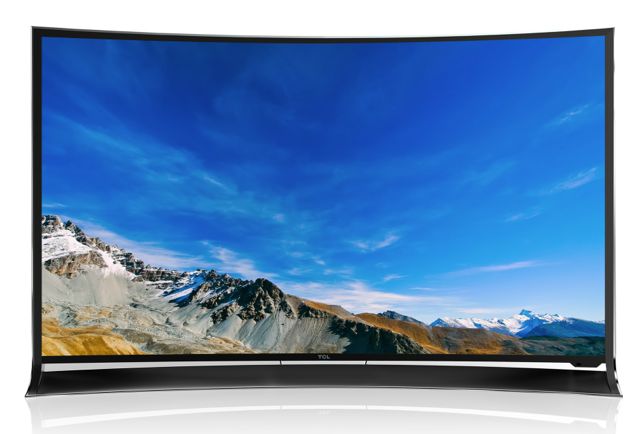 TCL previewed its exciting and affordable range of new TVs at the International Consumer Electronics Show in Las Vegas and was awarded the booth of the show.

The huge Chinese manufacturer was showcasing its new range of Ultra High Definition TVs to follow up from its first 65-inch version that was released last year.

By the end of January, Australians will see the new 85-inch UHD TV which features a new upscaling feature called Dolby Vision.

It was also hard to miss the 110-inch Ultra High Definition smart 3D TV on the TCL stand.

The giant screen was positioned on a large floor frame like a painting and, unlike similar products in the market priced closer to $40,000, the TCL version will be sub $20,000 when it arrives in the third quarter.

TCL also revealed its first OLED TV in Las Vegas – a 55-inch model that will be available in the second half of the year.

TCL’s OLED TV is actually the first OLED to be manufactured in China with competitor OLED panels others coming from Korea or Japan.

The curved TV trend was also being adopted by TCL with an impressive 65-inch curved LED TV drawing much interest from Australian retailers.

TCL also has plans to release an Android-based series of TVs in the third quarter which will also incorporate face, voice and gesture controls.

The Disney TV will be able to teach boys and girls proper TV viewing habits by beeping when the child is sitting too close to the TV and warn them when they have been watching for too long.

TCL was honoured by the Consumer Electronics Association, the organisers of CES, as having the booth of the show.

It was well laid out and was dominated by a multi-coloured cube in one corner and an interactive display at the front.