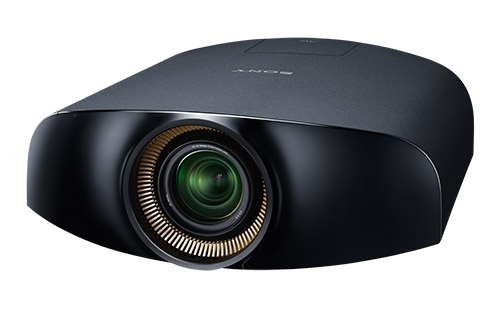 The only place you could watch films through an ultra high-resolution 4K digital projector was at the movies – until now. Sony has just released the first 4K projector designed for home theatres.

Designed for home theatre enthusiasts, the Sony 4K projector can not only display 4K content (which is extremely rare at the moment) but is can also upscale existing full high definition using a Reality Creation algorithm.

Tech Guide was invited to Sony headquarters in Sydney to check out the projector for ourselves.

Simply put, the VPL-VW1000ES is stunning.

The only place we’ve seen a better picture through a projector was when we paid our $15 at our local Hoyts cinema.

Sony has plenty of experience with 4K projectors – they have supplied thousands for cinemas around the world.

We’ve viewed native 4K content played from a hard drive and it was like were looking at real life instead of a projected image.

There were deep blacks and excellent definition and colour reproduction. With a contrast ratio of 1,000,000:1 – an amazing achievement for a projector – the picture was clean and sharp.

We were amazed at how well the upscaling worked to bring full high definition up to 4K standard.

The Reality Creation’s effect was obvious and was demonstrated by Sony by it off and on during some scenes with fine detail and the difference was night and day.

The Sony 4K projector is also 3D compatible and can also convert 2D to 3D in real time. It will also upscale 3D full high definition to 3D 4K.

Now normally with a home theatre projector – even a full high definition projector – you can easily see the pixels if you get right up to the screen.

With the Sony 4K projector even just a few inches from the screen each pixel was hard to distinguish – such is the amazingly high resolution. And that was on a 180-inch screen.

The VPL-VW1000ES also has a shorter throw length which means it can project larger screen sizes while not being placed too far from the screen.

Also on board is an anamorphic lens which can take stretch out 2.35:1 movies to eliminate the letterbox black lines top and bottom of the picture.

An anamorphic lens on its own – used to expand the picture from regular projectors – is usually priced at around $10,000 on its own.

The projector is 64cm long, 52cm wide and 20cm thick and, despite its size, is surprisingly quiet while it’s operating at just 22 decibels.

The Sony VPL-VW1000ES is not cheap. It has a suggested retail price of $24,999 and is aimed at high end users with dedicated home theatres.

For those who have a deep appreciation for the movies and enjoying them at home in the highest possible quality – it is actually a reasonable price to pay.