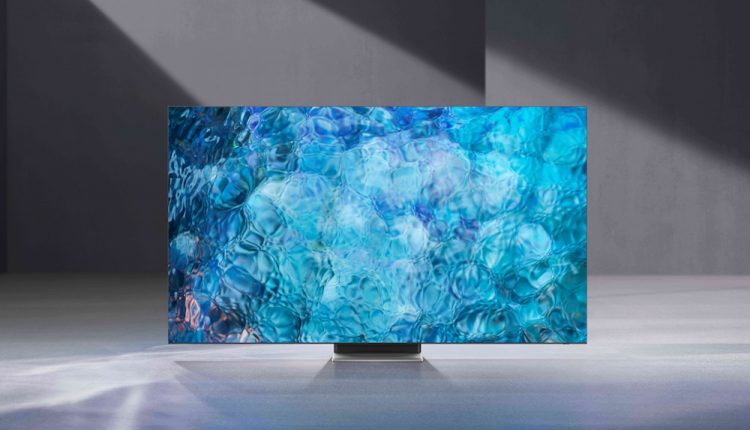 The Samsung 8K Neo QLED TV is nothing short of spectacular with a stunning improvement in colour accuracy, brightness, clarity, contrast and black levels. It’s easily one of the best pictures we’ve ever seen on a TV. Once you start watching something on this TV, you’ll never want to stop.

The new Samsung 8K Neo QLED TV has set a new benchmark for picture quality thanks to remarkable technology that provides enhanced colour, contrast, brightness and black levels – and Tech Guide had a chance to see this for ourselves.

We took a look at the 85-inch QN900A – Samsung’s absolute flagship 85-inch Neo QLED TV – and it would have to be up there with the best picture we’ve ever seen on a TV.

This is a $13,999 TV but the Neo QLED technology, processor and all-new Quantum Matrix Technology Pro with Mini LEDs is available on a range of 8K and 4K TVs varying in size from 85-inch down to 55-inch.

The Samsung Neo QLED TV has a slick, attractive design with super thin barely-there bezels  on the appropriately named Infinity Screen which allow viewers to see nothing but the picture.

The TV itself is also quite thin with speakers placed around the left, right and top edges which facilitates OTS (Object Tracking Sound) so viewers can appreciate some directional sound.

It can also be mounted virtually flush to the wall which looks really smart. 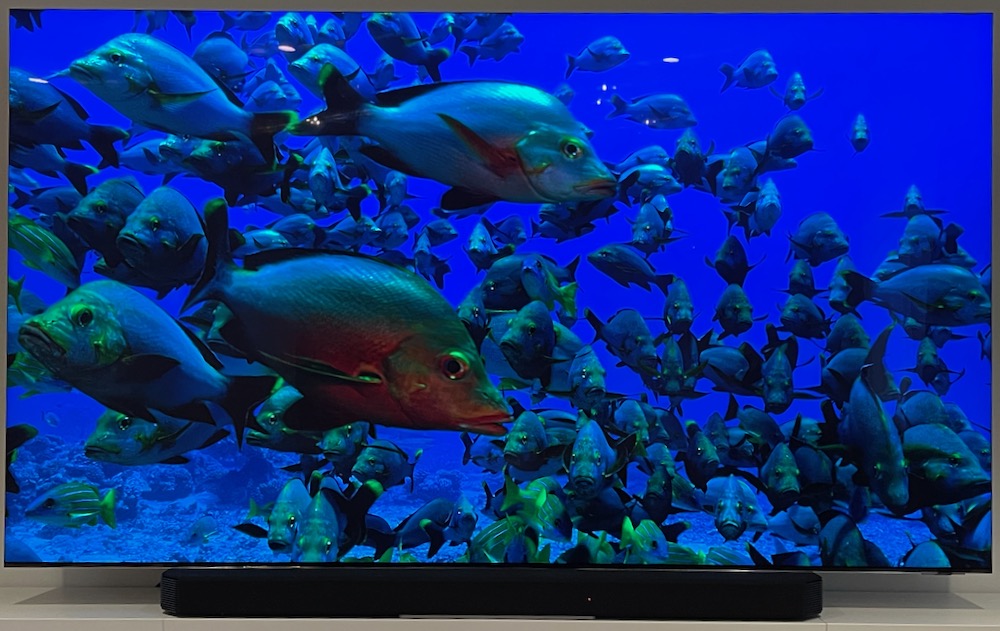 What helps with the flush mount is the One Connect box which means there’s just one cable coming from the TV and the sources can be connected away from the screen itself.

The One Connect box, which is where you connect all of your sources, can sit inside your entertainment unit if it’s mounted on the wall and can also rest on the TV’s stand if you position it on an entertainment unit.

The biggest new feature of the TV is the new backlight – the Quantum Mini LED which is 1/40th of the thickness of a standard Samsung button-size LED.

The traditional LED module lens has been replaced with a micro-layer of microscopic LEDs for ultra-precise lighting control. 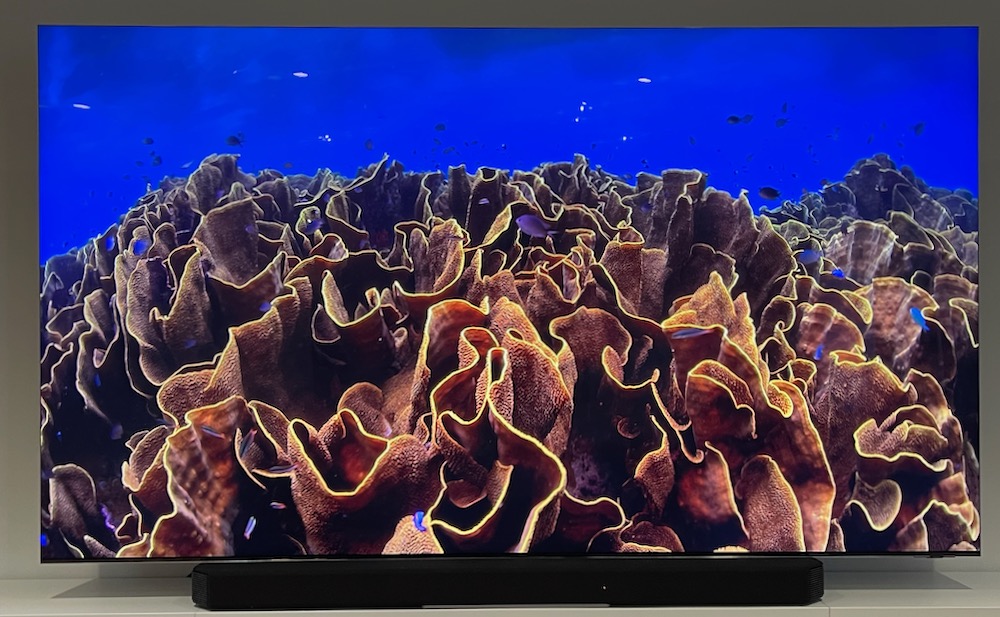 This has made a monumental difference to the TVs colour, brightness, contrast and black levels.

The detail you’ll notice is phenomenal thanks to the 8K resolution, content upscaling and the new backlighting technology.

But the other secret sauce is the Neo Quantum Processor 8K which is responsible for analysing and upscaling content on the fly.

We put this to the test as we watched a variety of content on the Samsung 8K Neo QLED including movies, nature documentaries and sport.

In terms of upscaling, we really put this to the test with a movie we know very well – Star Wars.

The upscaling we saw right from the opening scenes was amazing. 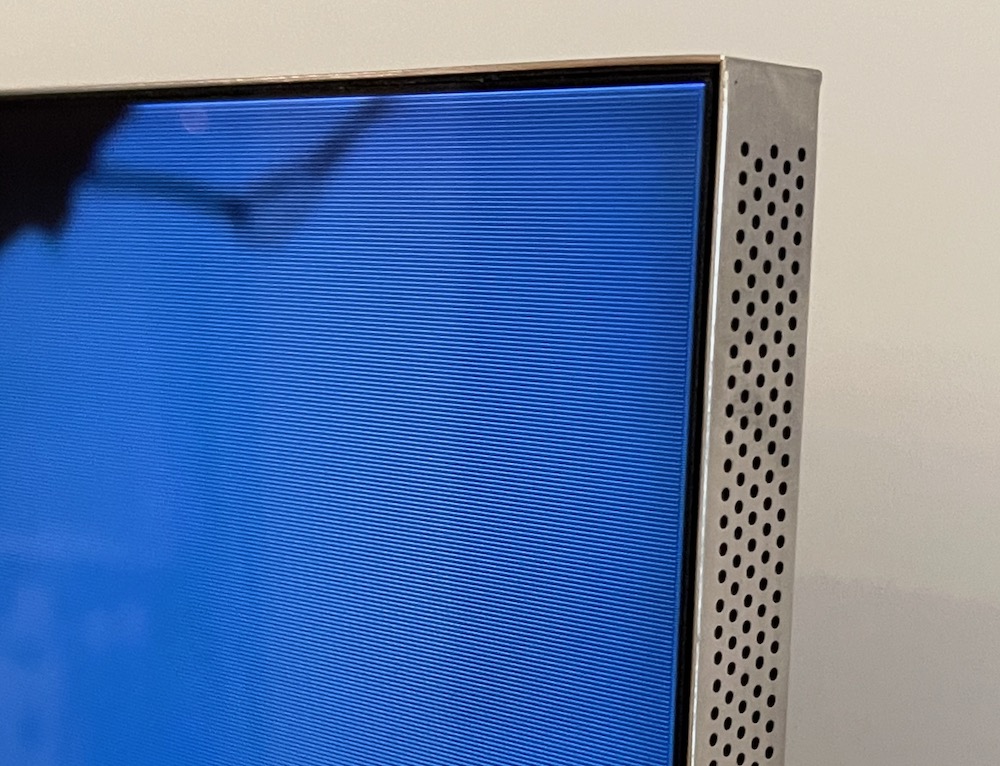 The close up shots of C3PO and R2D2 and the close ups of the Rebel troops offered remarkable detail like we’ve never seen before.

One of the first things that struck us was the improved black levels – and that’s thanks to the Mini LED which can now create more dimming zones with hyper accuracy.

With the Samsung Neo QLED TV being able to have microscopic backlights offers the ability to localise with even greater accuracy the darker parts of the screen.

This lighting control is even more impressive when there are bright colours right next to it.

We paused an image of a fire and got really close to the screen to the point where we could see where the lights were off right beside the brighter areas of the screen.

There was no blooming at all so the colours were in their place.

This is why the TV has outstanding clarity and colour accuracy. There is no bleed from any of the colours on the screen.

The Samsung Quantum HDR 64x offers true-to-life colour and contrast and optimises it in real time.

The biggest compliment you can offer a TV is the level of realism it provides.

Samsung’s new 8K Neo QLED hits it out of the park here. 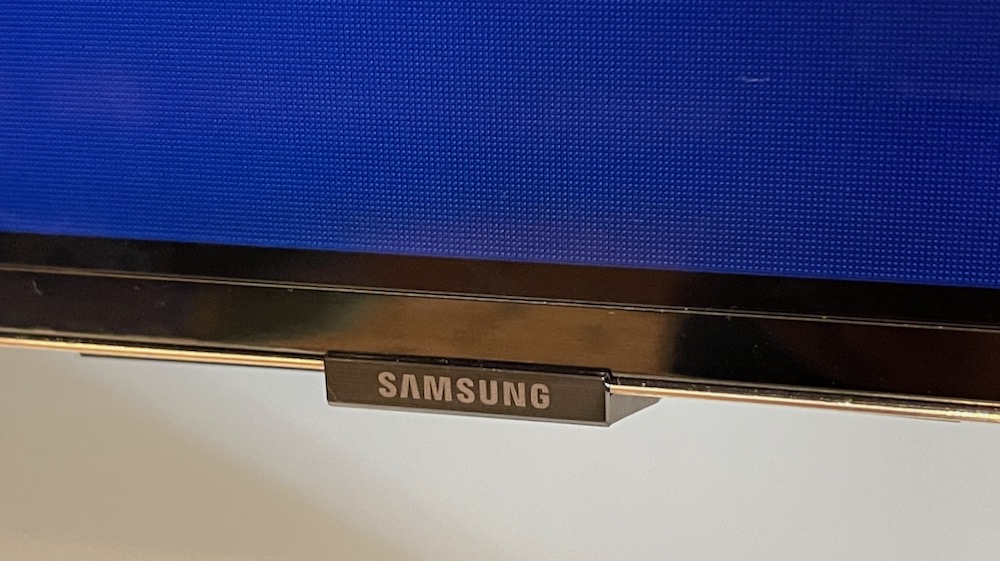 When watching nature documentaries you can easily forget you’re actually watching a television.

The blues and greens were pure without being over saturated and fake.

The darker areas of the screen showed many, many levels of detail and subtlety.

In fact, the TV has 12-bit contrast levels and can generate a remarkable 4,096 levels of greyscale.

What the TV also has is a Local Brightness Booster to send more power to brighter areas of the screen.

And when watching fast moving images the picture was still silky smooth so sport and action movie fans will be satisfied with the TV’s performance.

But with the TVs excellent visual performance, the audio performance is also impressive.

OTS (object tracking sound) works well on its own with clear movement when objects move left and right across the screen. 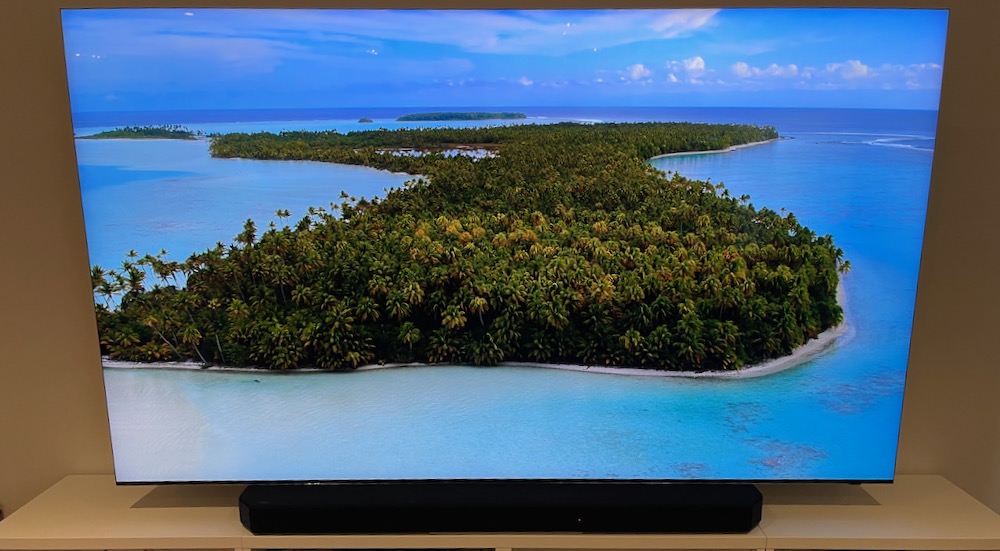 But if you really want to ramp this up you can add a Samsung soundbar.

For our review we had a Q950A 11.1.4 Ch True Dolby Atmos DTS:X home theatre soundbar which linked to the TV using Q Symphony where the TV’s speakers and the soundbar worked together.

When we were watching with Q Symphony we were surrounded by sound with the rear speakers particularly active to the point where we had to move them further behind us rather than beside up so we could hear the voices coming from the screen.

But overall – the sound performance was as epic as the picture quality so it provides an amazing and immersive experience.

The remote control is small and light. It’s light because there are no batteries in it because it is powered by the solar cell that works off sunlight and indoor light.

This means not having to replace the batteries and saving millions of batteries ending up in landfill.

There’s not much we didn’t like about the Neo QLED TV.

Samsung has made a real breakthrough and improvement and customers will easily see the difference. 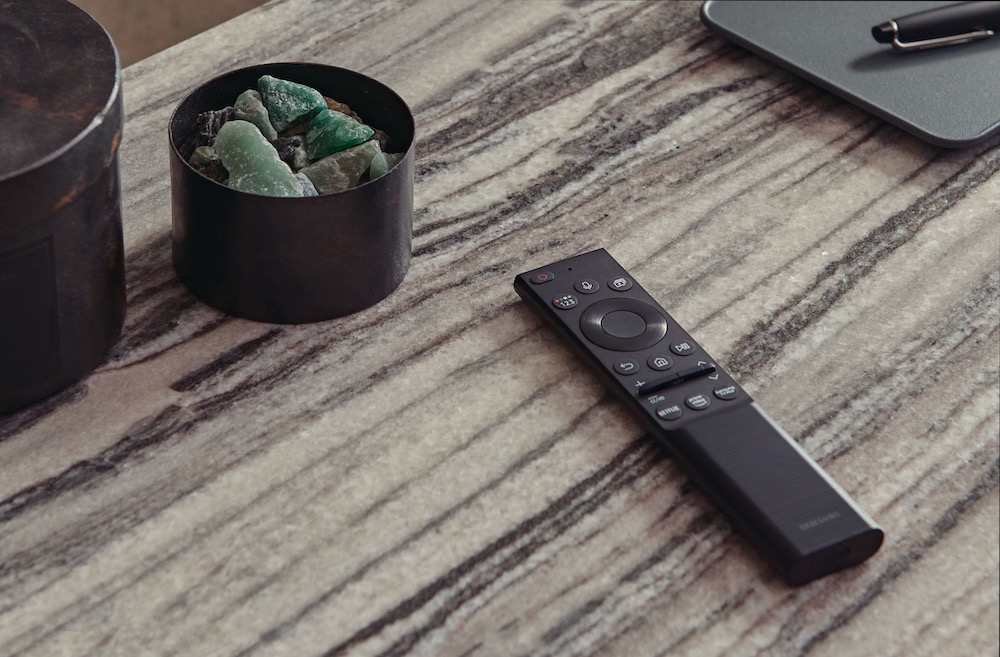 But the good news is the Neo QLED technology you’ll see on this TV is also present on smaller models and also on the 4K range of TV.

Yes, the 8K TVs will future-proof your purchase but the 4K range is still breathtaking.

You can see the entire Samsung 2021 TV range and pricing here.

The Samsung 8K Neo QLED TV is nothing short of spectacular with a stunning improvement in colour accuracy, brightness, clarity, contrast and black levels. It’s easily one of the best pictures we’ve ever seen on a TV. Once you start watching something on this TV, you’ll never want to stop.

7 Tips For Fleshing Out Your Gaming Room