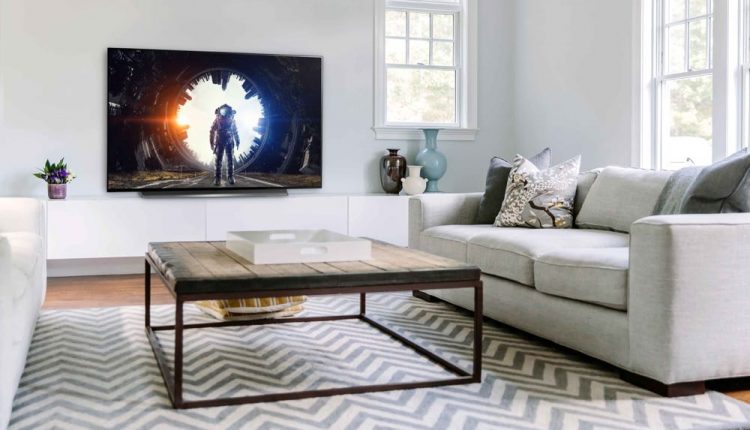 LG has managed to make its already excellent OLED TV even better and smarter thanks the Alpha 9 Gen 2 processor. If you want a TV that can give you a superb entertainment experience, look no further than the LG C9 OLED.

LG is playing to its strengths again with its new 2019 C9 OLED which features the latest Alpha 9 Gen 2 Intelligent Processor and a stunning all-round entertainment experience.

Tech Guide spent a night with the 65-inch LG C9 OLED which has a number of improvements over last year’s OLED models.

And most of the heavy lifting is handled by the Alpha 9 Gen 2 processor that utilises AI deep learning which handles everything from upscaling content to 4K quality to real time optimisation of the picture to improve contrast and colour.

It also throws into the mix Dolby Vision HDR and Dolby Atmos which means the TV is as much about audio quality as it about picture quality.

We observed (and heard) this for ourselves and enjoyed free-to-air and streaming content as well as content played from a 4K disc.

Design-wise not much has changed but it’s still fascinating to see how thin the OLED screen is – it’s as thick as a $2 coin.

That’s what you get for not having any backlight.

The other thing you get with no backlight are even deeper blacks and bright and brilliant colours.

There are also super thin – almost non-existent – bezels around the dazzling screen. 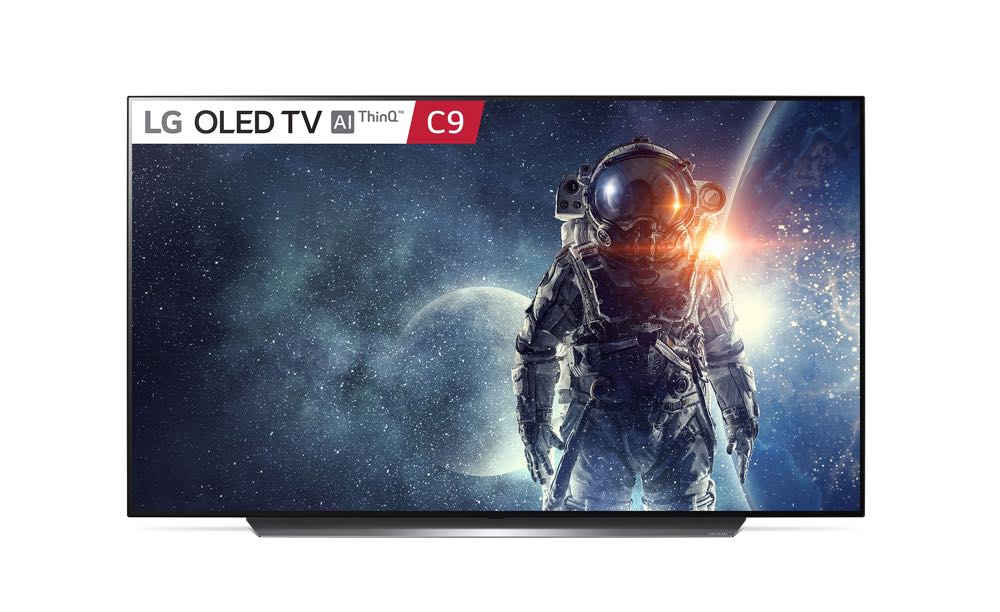 The majority of the improvements of the LG C9 OLED are under the hood.

And it all starts with the Alpha 9 Gen 2 processor which uses AI deep learning that looks after picture quality, brightness and the smarts of the TV.

It’s one thing having excellent picture quality, which the LG OLED has in spades, but another thing to maintain that quality on the fly depending on the content you’re watching and your viewing conditions.

We played a DVD of the under-rated James Cameron 1989 film The Abyss (it’s only available on DVD and will be released on 4K this year to mark the 30thanniversary) and the AI Picture made it look better than we’ve ever seen it before.

The processor was reducing noise and smoothing out lots of edge contours to give it a sharper and brighter look. 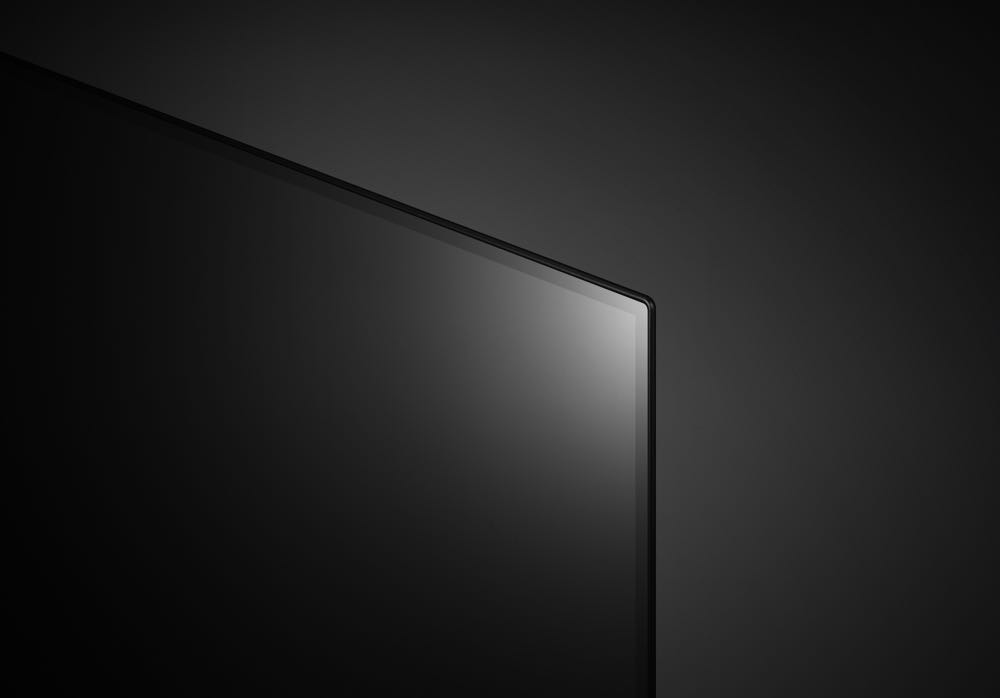 The TV also managed to reduce motion blur and eliminate some colour banding in the underwater scenes.

And that’s with a DVD. Playing Blu-ray and 4K discs makes it even easier for the Alpha 9 Gen 2.

What we particularly noticed was the AI brightness adjustments while watching the Solo movie on 4K.

There are lots of dark scenes in the Star Wars story and the TV can adjust depending on the brightness of the room.

If the TV detects extra light in the room it can adjust to eliminate screen reflections as well as lifting more detail from the darker scenes.

We tested this in an extreme way by shining our smartphone torch into the sensor just below the centre of the TV screen. 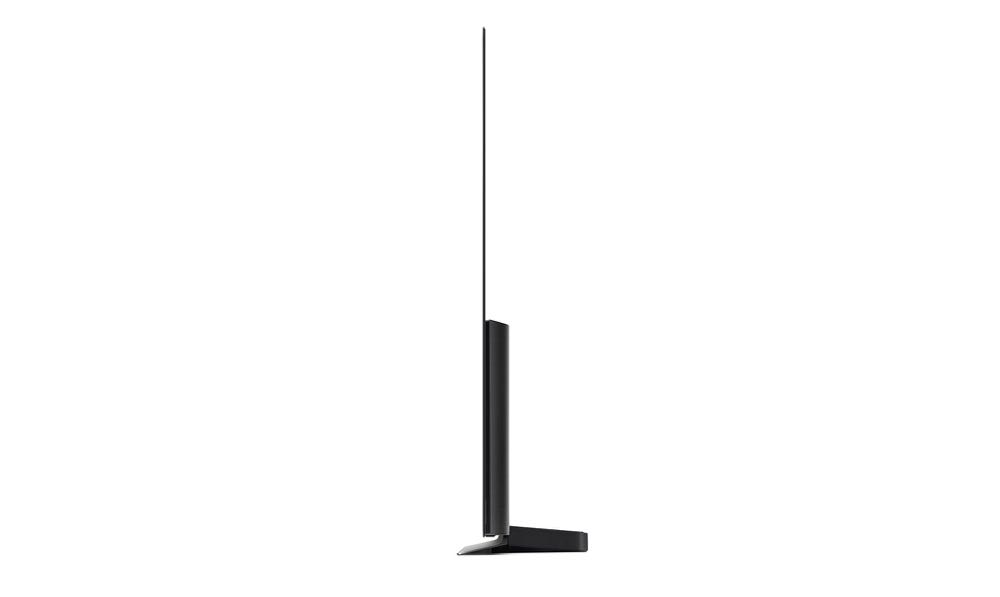 And we were stunned to see how quickly the LG OLED responded by accentuating even more details from the darkness on the screen.

Sound quality has also improved with the LG OLED C9 with Dolby Atmos onboard.

You’ll hear sounds coming from all around the room but it’s all coming from the wafer thin TV in front of you.

Of course you’ll get a better result with a soundbar but on its own it was still quite impressive.

The other excellent feature of the LG C9 OLED TV is its smarts including Google Assistant.

You just talk into the Magic Remote after hitting the microphone button to ask Google Assistant for information, content and to even control the TV itself.

You can ask the TV for location information and directions. For example, you can ask :”how long will it take me to walk to Bondi Beach?” and the TV will take into account your location and then make the calculation before presenting the answer on the screen. 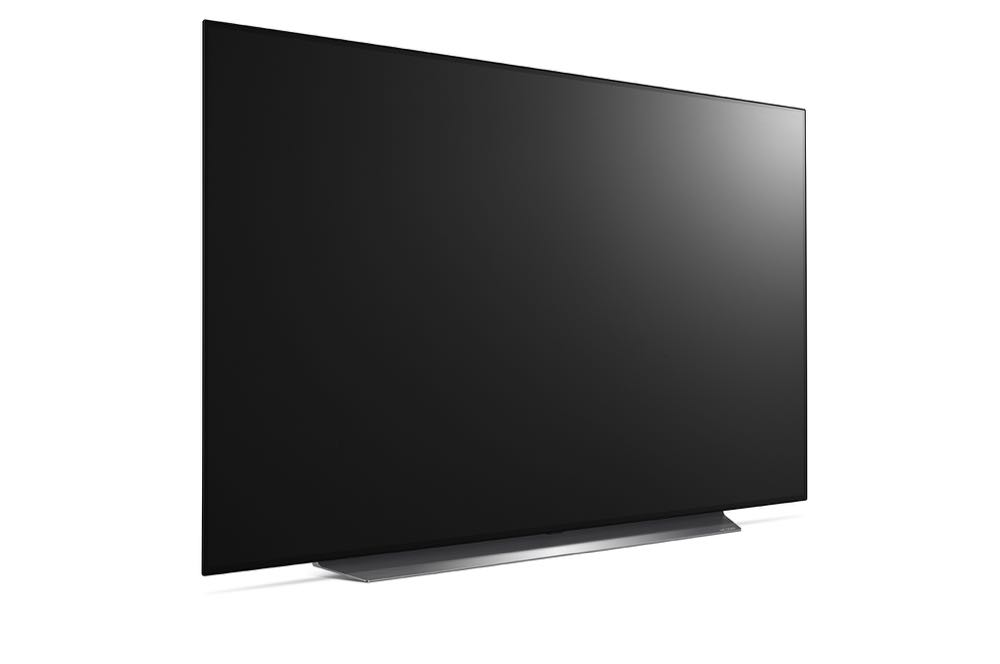 It’s easy to find content with your voice. You might ask about a particular actor and then follow up with other questions about that person without having to repeat their name.

For example, you can ask about George Clooney and then ask “show me movies with him” and refine the search further by saying “only dramas” or “only comedy”.

And then you can choose which one to play by saying “play the first one” or “play the third one”.

Like Google smart speaker, users can also ask the TV to show them their day, set reminders and access their Google Photos right there on the screen.

One of the handiest features of the LG C9 OLED TV is the excellent webOS which makes navigating the TV so fast and easy. 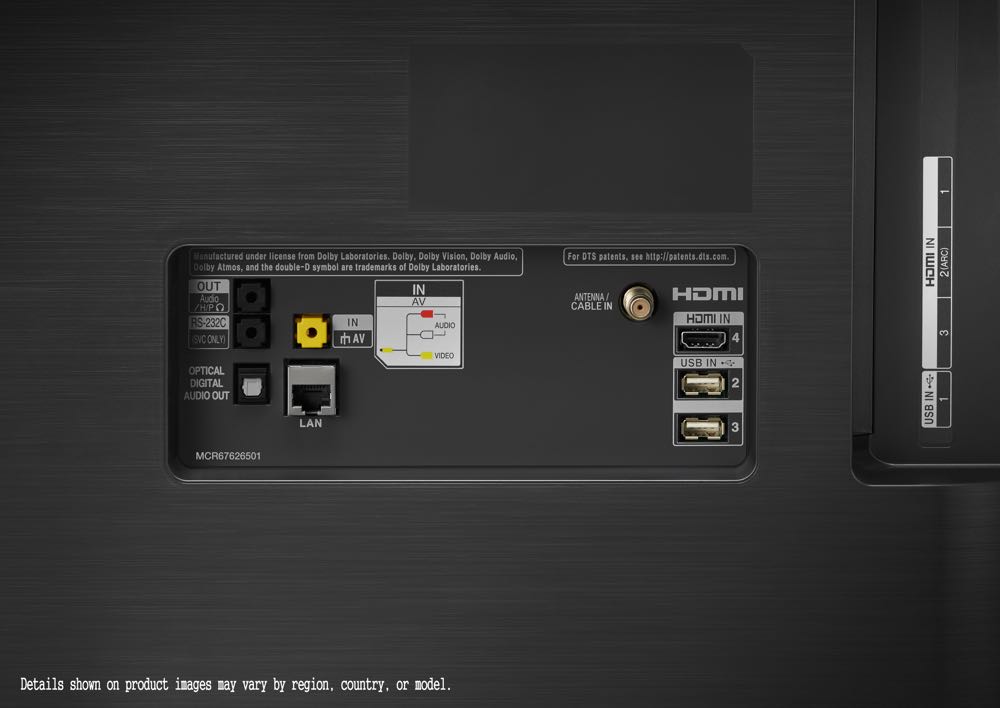 And this version is even faster and better.

If you press Home and hover the cursor over the Netflix, Stan , YouTube and Telstra TV tiles at the bottom of the screen you can see what you were watching and pick up where you left off instantly rather than having to go the app and search for the program.

Users can also see their connected smart devices on the Home dashboard including appliances.

From here it’s also easy to switch between HDMI sources which are automatically labelled by the new webOS like a Blu-ray, set top box or gaming console.

Unfortunately owners of 2018 LG OLED TVs won’t be able to their 12-month old TVs to the latest version of webOS.

Not cheap – especially the 77-inch and 65 models – but we’re sure retailers will be offering more competitive prices than these recommended retail prices.

LG has managed to make its already excellent OLED TV even better and smarter thanks the Alpha 9 Gen 2 processor. If you want a TV that can give you a superb entertainment experience, look no further than the LG C9 OLED.