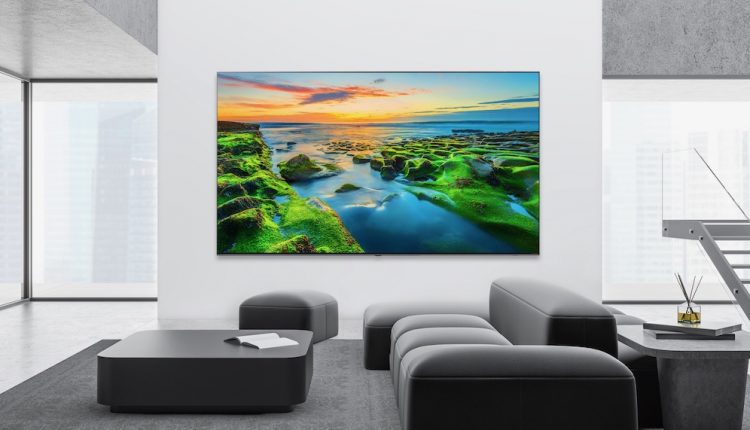 The stunning LG 75-inch Nano99 Series 8K TV delivers a brilliant audio visual experience. While there’s not a lot of 8K content right now, the upscaling does an amazing job in the meantime. But when there is more 8K, you’ll be glad you made the investment.

The LG 75-inch Nano99 Series 8K TV is truly a site to behold. With 8K resolution it is also one of the best quality TVs we’ve reviewed with a level of detail that never ceased to fascinate.

And having a 75-inch screen also helps you appreciate the image quality even further.

There are no 8K movies, 8K players and 8K streaming services – but there will be.

The LG 75-inch Nano 99 8K TV has a minimal design with thin bezels and all resting on two small stands.

But this isn’t a TV you buy for its design.

One thing we noted was that the LG SN11RG soundbar ($1,899) which we used with the TV was too wide to fit between the two legs of the TV.

Chances are a customer will want to add one of the best soundbars like the SN11RG to the 75-inch Nano 99 8K TV but it had to rest in front of the small stands instead of neatly between them. 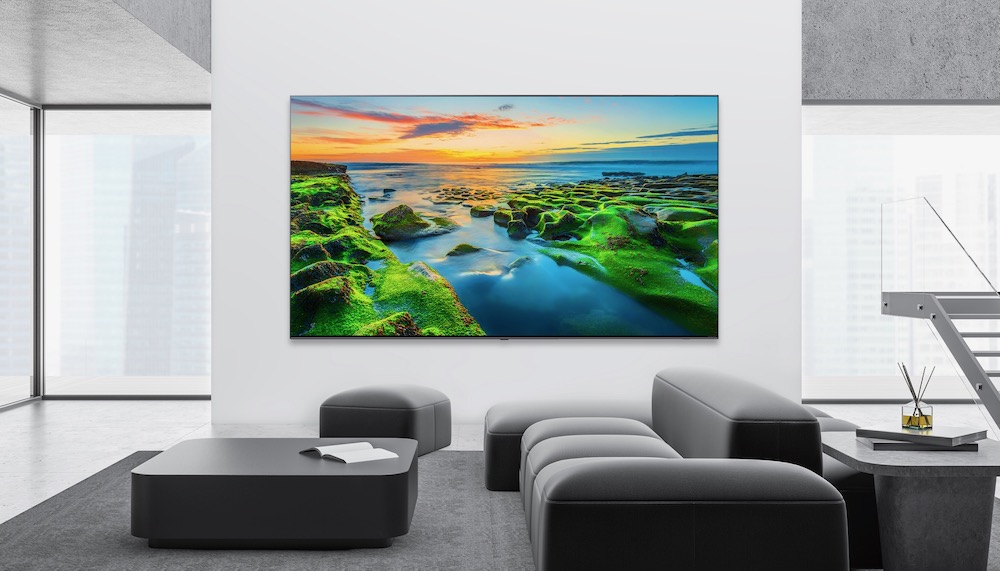 But this won’t be an issue if you choose to wall mount the TV.

The webOS operating system is refreshingly simple to use and also provides access to popular apps like Netflix and Apple TV+.

The LG 75-inch Nano99 Series 8K TV includes the Alpha 9 third generation processor which does most of the heavy lifting when it comes to picture quality and real-time upscaling.

There’s hardly any 8K content available right now apart from some impressive 8K videos on YouTube that were mainly wildlife or cityscapes – a lot like a screensaver – but they did showcase the quality of the native 8K resolution.

There are no 8K movies yet nor is there an 8K player or 8K streaming. Yet. 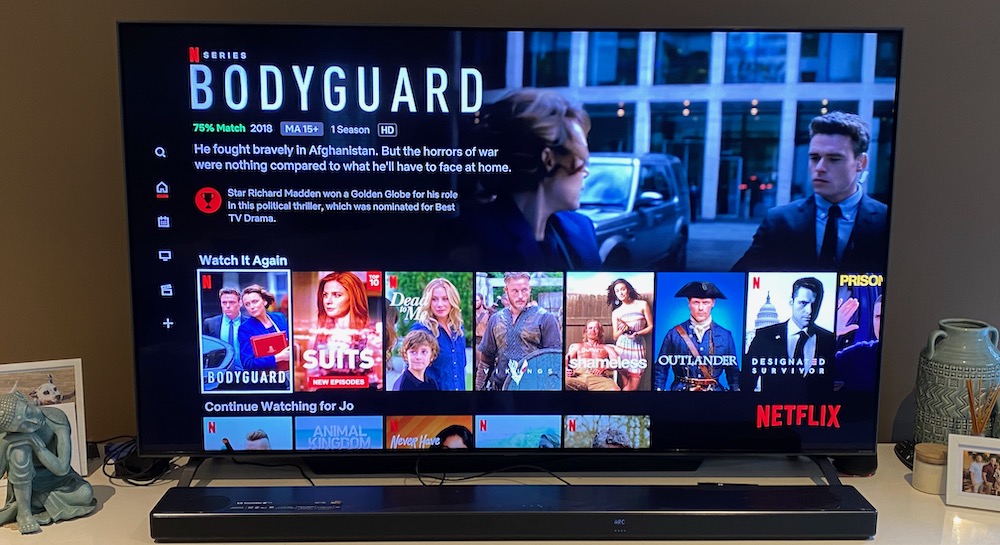 For now you have to be satisfied with impressive upscaling of content by the Alpha 9 Gen 3 processor.

It uses deep learning algorithms to provide that added detail to the images.

You can see the added details around edges of objects and faces and also more definition when you see close ups of hair and animal fur.

It’s not as good as native 8K video and it’s better than 4K so it’s a happy medium until more native 8K content shows up.

The black levels on the LG 75-inch Nano99 Series 8K TV are not in the same class as an OLED TV but it’s not far behind.

The Nanocell technology behind this TV is very similar to the QLED technology used in Samsung TVs.

Another feature that adds to the picture quality is the Full Array Dimming Pro which can intelligently handle backlight zones to deliver the right amount of brightness and contrast.

Dolby Vision IQ also comes into play to adjust to optimise the content and to also adjust for the ambient lighting conditions.

It also supports HDR10 and HDR10 Pro to endure you’re getting the brightest colours all the way through to incredible detail in the darker areas of the scene.

We also watched a lot of sport on the LG 8K TV and the Motion Pro feature did a great job so even the fastest movements were still smooth as silk with hardly any distinguishable blur. 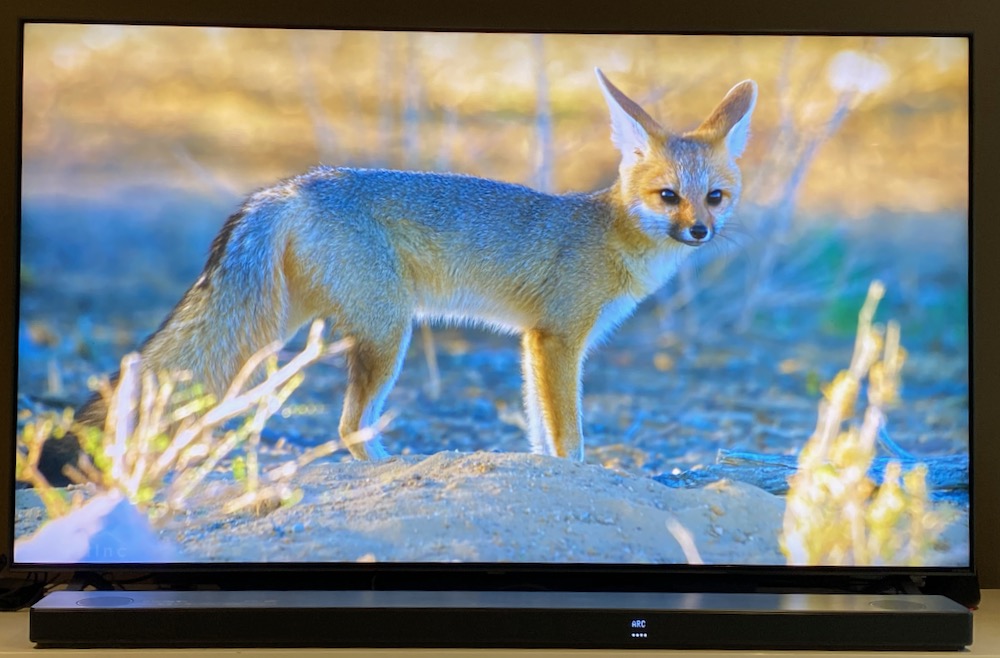 There’s also Filmmaker mode which offers a more cinematic experience and presents the movie the way the filmmaker intended which means motion smoothing is turned off to give it a real film-like feel.

Filmmakers feel like motion smoothing technology, while it tidies a few things up on the screen, is like applying Photoshop to an image.

We can understand why they want to their films to not have this artificial brush applied.

When we used this mode we preferred to watch the movie with the lights out because there was not much optimisation for brightness.

Bottom line – this is a TV that will reward you in the near future when there’s a wave of 8K content.

But for now, the quality you get from the TV’s upscaling is still a good reason to invest in this TV.

We’ve always subscribed to the notion that good audio plays as big a part as the picture quality when it comes to enjoying content especially when watching movies and sport.

The LG 75-inch Nano99 Series 8K TV delivers on this front as well.

The TV’s built-in speakers have 60W output and Dolby Atmos that, when watching compatible content, can provide a virtual surround sound experience.

On its own the Dolby Atmos does an impressive job and you can hear sounds around you and above. 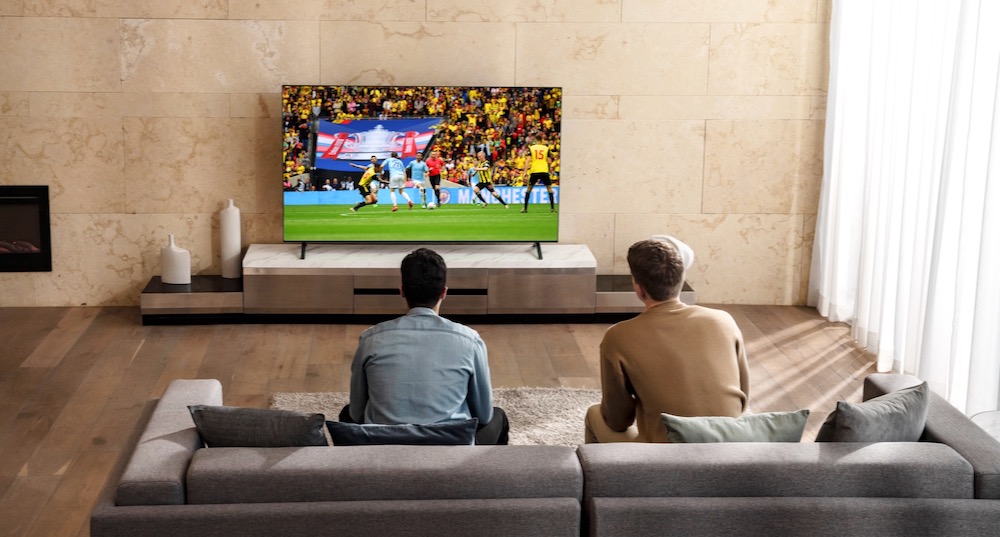 We had the LG SN11 soundbar sent with the LG 8K for our review.

It includes rear speakers and a separate powered subwoofer and its Dolby Atmos went to the next level.

From the TV itself you’re kind of getting Dolby Atmos light but the regular audio is quite strong on its own.

But when you add the LG SN11RG soundbar it takes he audio to a whole new level. 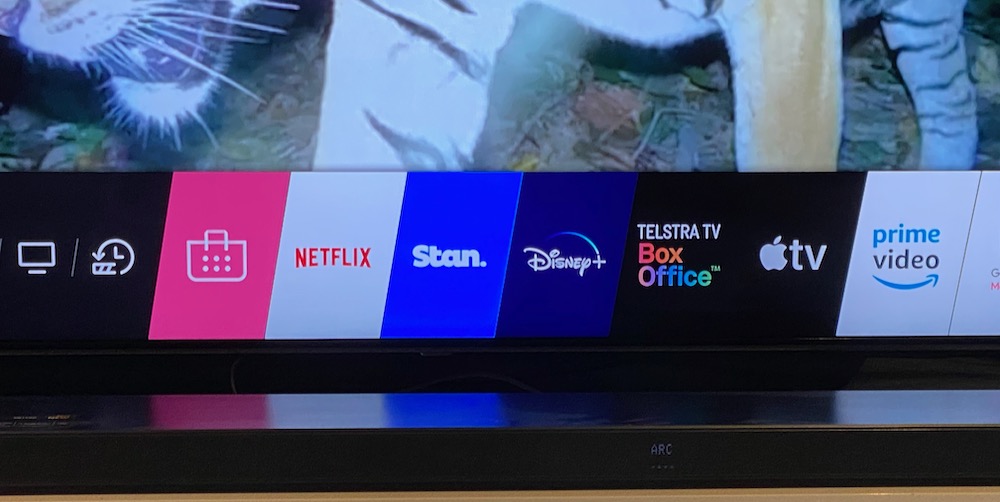 And, most importantly, a TV that’s going to get better once more 8K content is available. When that happens you’ll be in the box set.

The stunning LG 75-inch Nano99 Series 8K TV delivers a brilliant audio visual experience. While there’s not a lot of 8K content right now, the upscaling does an amazing job in the meantime. But when there is more 8K, you’ll be glad you made the investment.