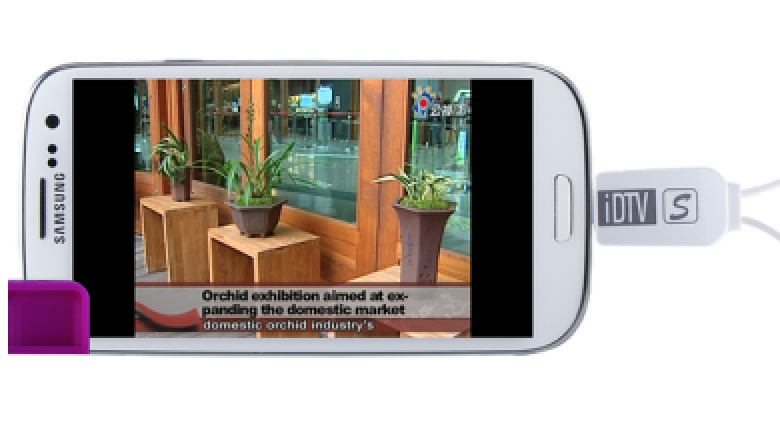 Now Android smartphone and tablet owners can turn their device into a TV with the new iDTV USB digital tuner and watch their favourite shows on the go.

The small dongle has a loop aerial and is like a mini digital TV tuner that fits into the microUSB port of the latest Android devices.

Users can then download the free iDTV app and simply search for channels. We had the best reception outside and were able to watch the high definition channels anywhere.

Unlike the iPhone and iPad version released last year, the iDTV Android Tuner has no way of connecting an external aerial cable so you’re limited to use this device in areas where you get good reception.

But the idea of this device is to use it on the go and it doesn’t require any internet or wi-fi connection to work which means you’re not using up any of your valuable data allowance.

iDTV supports DVB-T and gives users full access to all of the Freeview channels including the high definition channels.

The iDTV for Android will work with devices with a dual-core processor, NEON support, USB host mode and Android 4.0.3 operating system or later.

These include the Galaxy S2, S3 and S4, Samsung Galaxy Note and Note II, the Nexus 7 tablet, the HTC One, Sony Xperia Z, LG Optimus G.

Basically it will work with most Android devices released in the last 18 months with a microUSB port.

The iDTV Android also comes with a small stand to make it easier to position your device for comfortable TV viewing on the go.

The iDTV Android TV tuner is available now from www.mrmobile.net.au and is priced at $99.95.