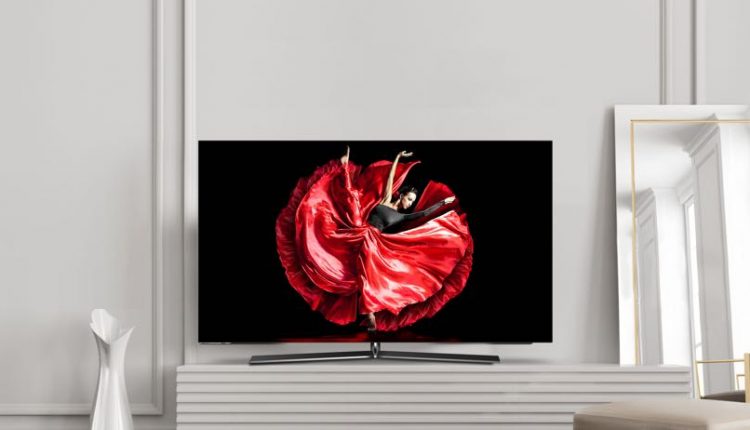 Hisense is a brand that continues to impress and it has come up with an admirable product with its first-ever OLED TV.

Hisense has launched its first OLED TVs into the Australian market in addition to the company’s already popular ULED range. Tech Guide sat down with the new Hisense OLED TV to see how it compares to other OLED TVs that are already on sale.

The Hisense OLED TV has a similar design to the LG OLEDs, with super thin screen resting above a thicker base where the circuitry and inputs of the TV are located.

OLED TVs are quite thin because they do not require a backlight and in the case of the Hisense OLED, the screen is about the thickness a two dollar coin.

And it’s all resting above an elegant silver stand that adds to the minimal look of the TV.

The minute you turn the Hisense TV on, you’ll see the deep blacks that are one of the many benefits that OLED TVs can provide.

There is virtually no bezel around the image so all the viewer is going to see is the impressive picture.

And with 4K resolution, this TV can really showcase your content. 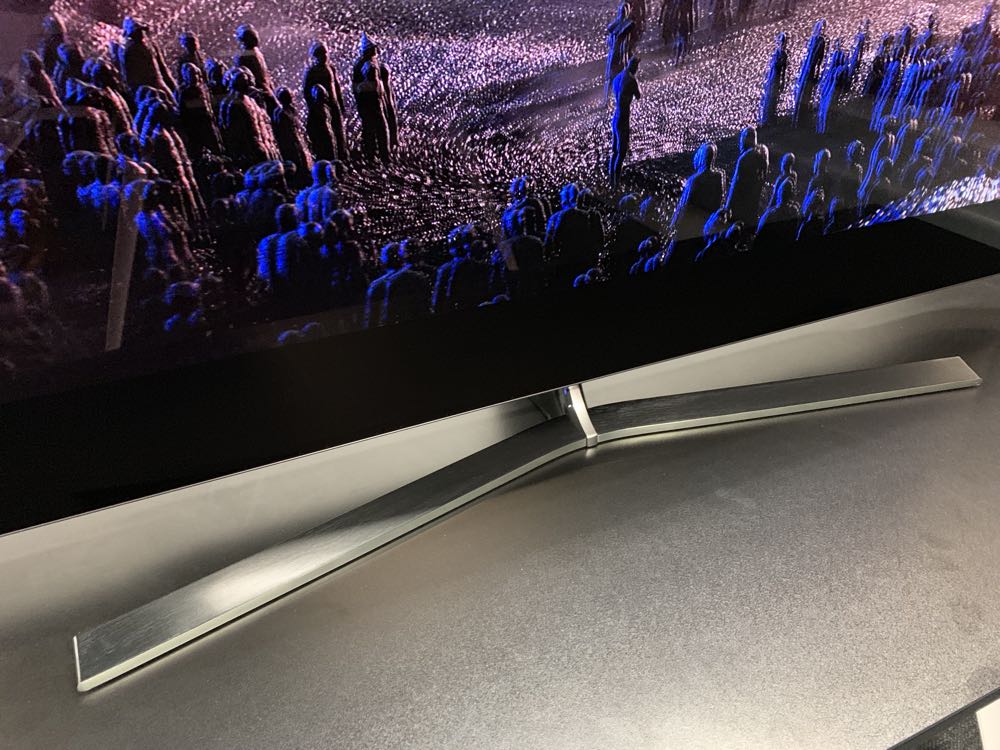 For our review we took a look at streamed 4K content through Netflix as well as movies playing off a 4K disc.

Both looked superb with incredible clarity and accurate colour.

Hisense employs many of the technologies that have made its ULED TVs great including wide colour gamut, HDR (high dynamic range) and 200Hz smooth motion rate. 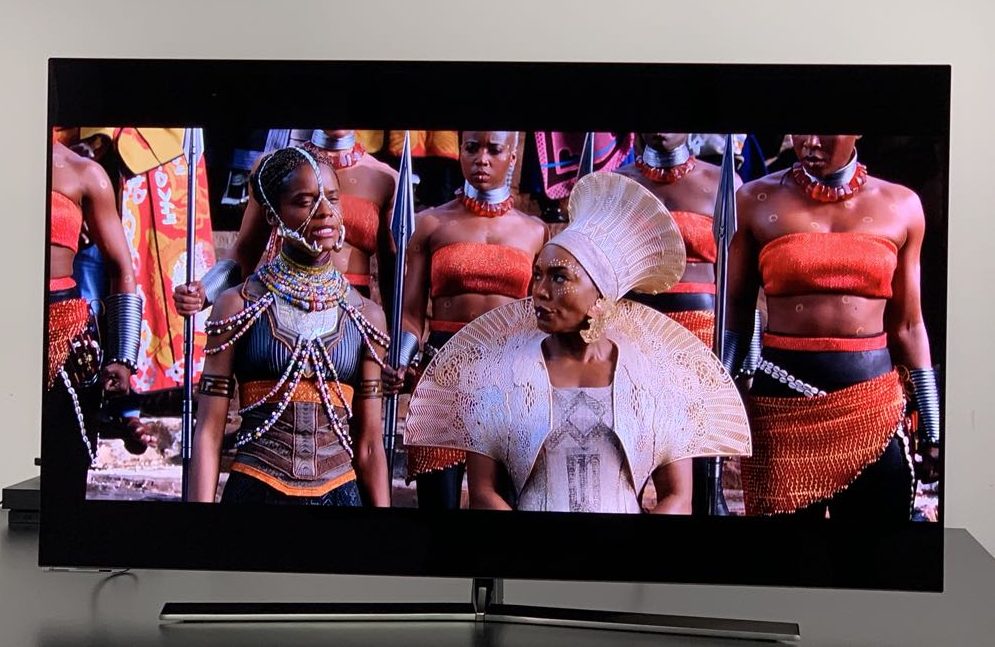 Also on board is Game Mode for a better experience while playing console games.

For us, we need to adjust the picture to the HDR Dynamic mode to really bring out the colour and brightness.

The other modes – HDR Standard and HDR Cinema were both too dark for our liking. 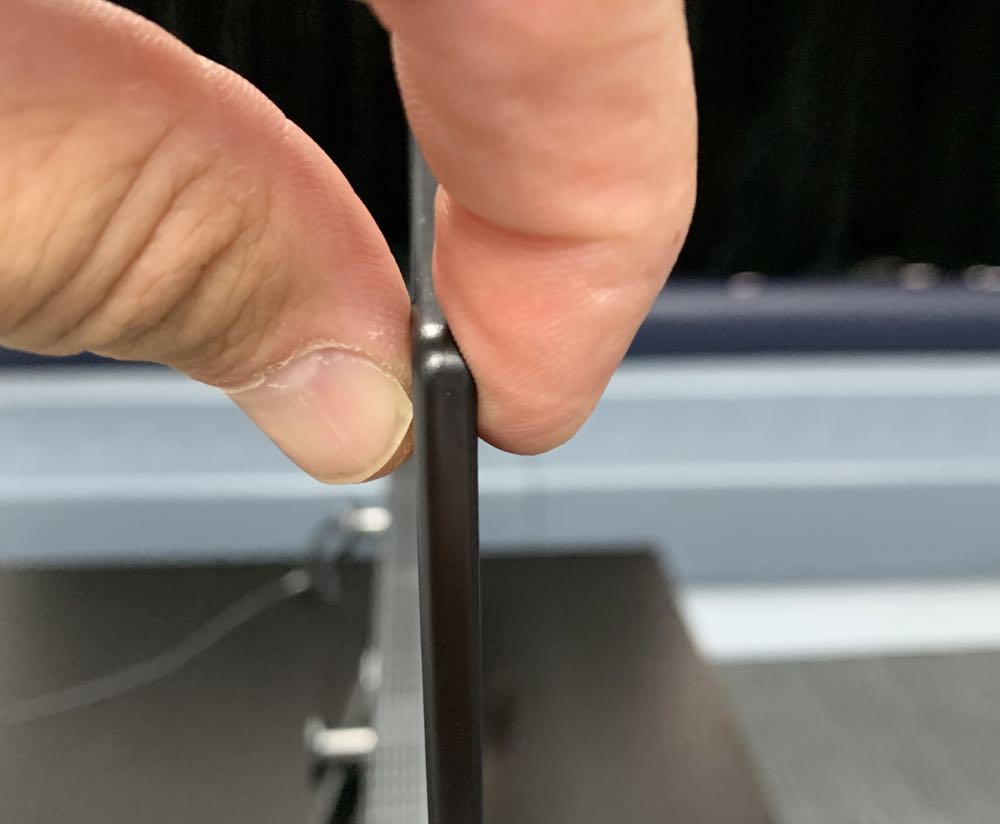 If there’s one weakness when it comes to OLED TVs, is that they can never match the brightness of an LCD TV.

The Hisense OLED held its own most of the time but we did notice some issues with some dark scenes that could have revealed more detail.
We had no complaint about the richly deep blacks and the contrast also punched above its weight.

Flesh tones looked realistic and natural but other colours were either oversaturated or lack the punch we’ve come to expect from OLED TVs.

From what we saw, the TV’s picture settings required are little tweaking to find that middle ground that makes the image look even more realistic rather than cartoonish and bright. 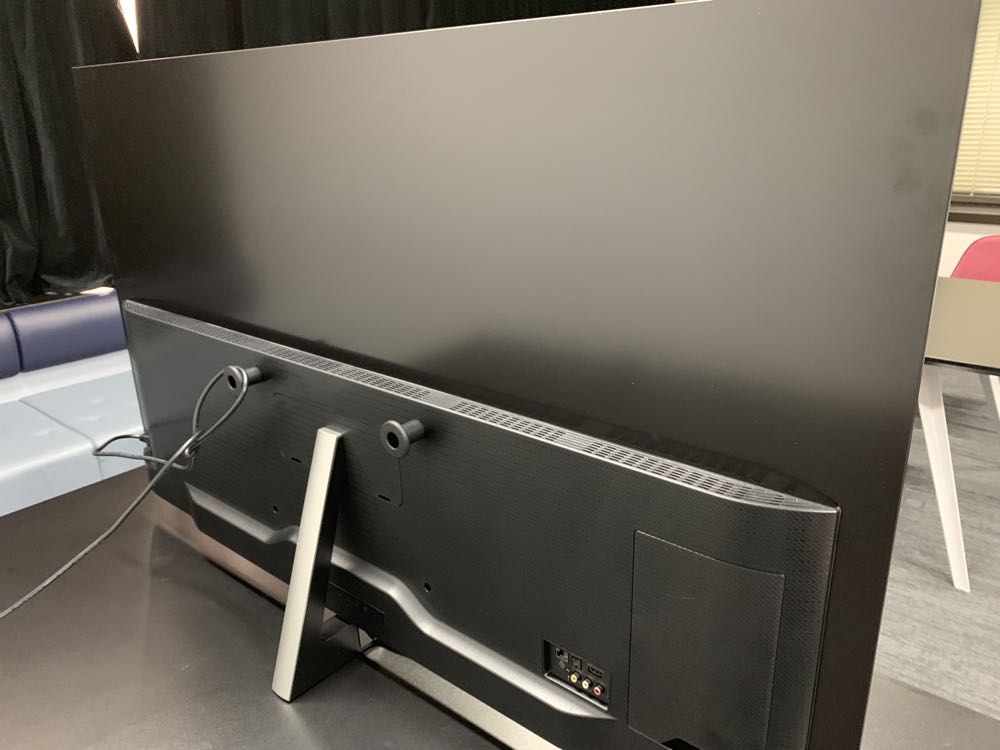 Another impressive thing about the television was its viewing angles.

Even when sitting almost side on to the Hisense OLED TV, the image maintained its colour, brightness and quality.

Let’s face it, we don’t all get to sit smack bang in front of the TV, especially when you’re watching with a group of people.

If you end up on the edges, you can still enjoy the picture that has the same quality as if you were sitting closer to the front and centre position. 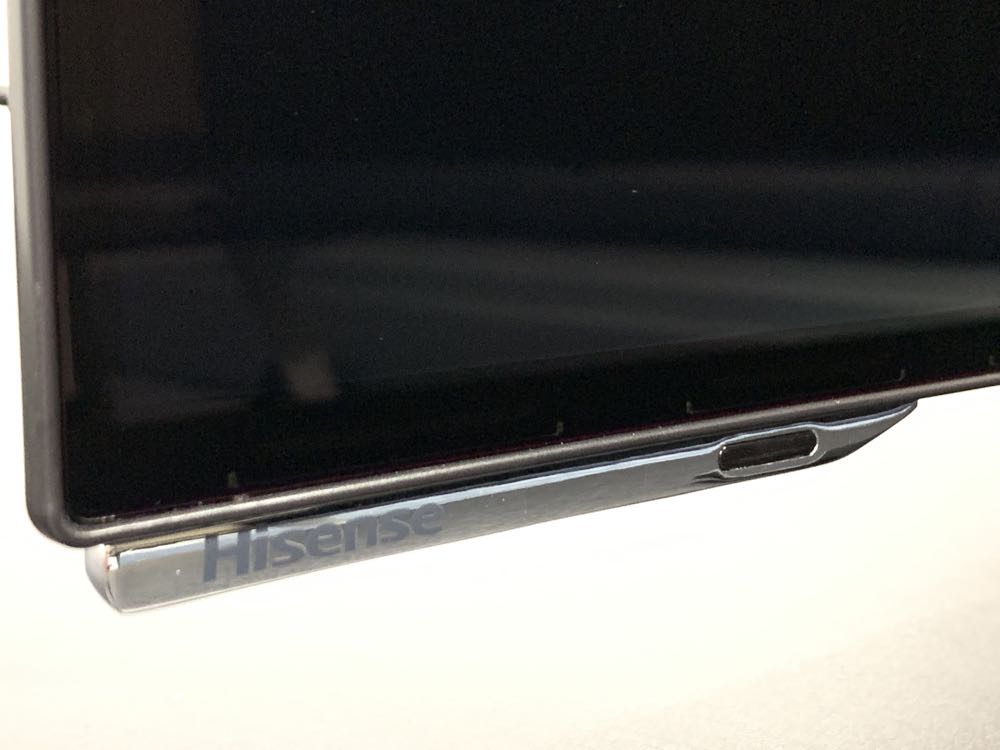 Another issue we noticed with the Hisense OLED TV was screen reflection.

We viewed the television in a fairly bright room and in the dark scenes we could see ourselves in the reflection as well as the pattern on the couch we were sitting on.

If you’re viewing the Hisense OLED TV in a room that is bathed in sunlight, you’re going to see even more reflections.

On the audio side, the Hisense OLED TV sounded pretty good on its own.

If you are going to attach a soundbar, you would no doubt achieve a better result.

But as a standalone you’re not only getting a good picture but also decent audio as well.

And like its other televisions, Hisense has also included Sport Mode so it can sound like you’re right there at the game.

The Hisense OLED TV is an impressive first attempt at this new format but it still falls behind OLED TVs offered by LG, Sony and Panasonic who have been producing more expensive OLED TVs for a number of years.

With Hisense you’re still getting a high-quality television and at a much more affordable price.

Hisense is a brand that continues to impress and it has come up with an admirable product with its first-ever OLED TV.

Which countries pay the most and least for Netflix