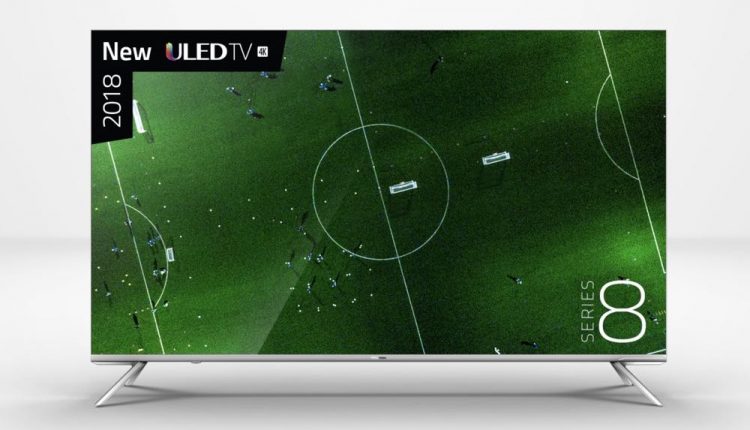 One of our favourite sayings is “go big or go home” and that was precisely what we thought when we had a chance to watch the FIFA World Cup on the Hisense Series 8 75-inch TV.

Even though we’re used to watching a 65-inch TV as our daily drive, the Hisense 75-inch LCD LED TV was still a monster.

Hisense is actually one of the major sponsors of the World Cup so what better way to watch the world’s biggest sporting event than on one of their new ULED TVs.

The Hisense TV Series 8 4K UHD TV is beautifully minimal – it is virtually bezel-less with a thicker silver bottom edge.

Even the silver stand is discreet so all of your attention is directed at that impressive screen like it should be. 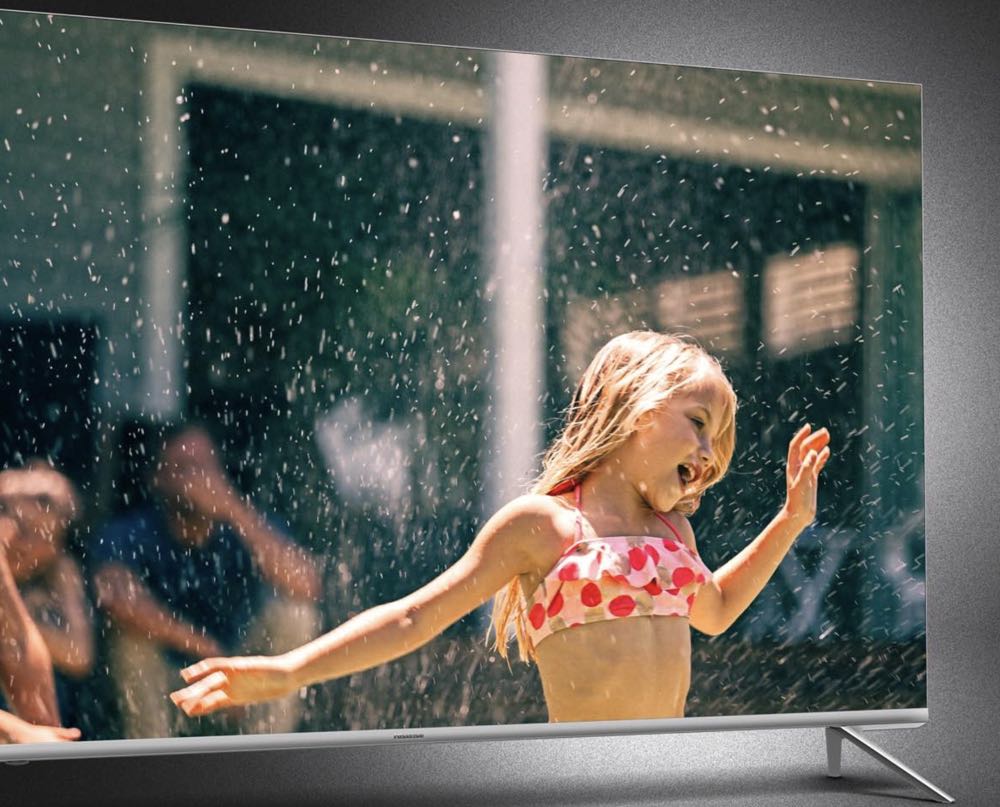 Hisense has really come of age as a brand and customers are responding.

The Chinese company is now standing shoulder to shoulder with big four – Samsung, LG, Sony and Panasonic – and holding its own in the market.

Today we know you’re not taking a chance buying a Hisense – you’re investing in a high quality product that just happens to be cheaper than its major competitors.

It has all the features under the hood to provide great performance and picture quality along with smarts, connectivity and a super easy operating system.

On the picture quality side, there are lots of technologies at work to produce an impressive result. 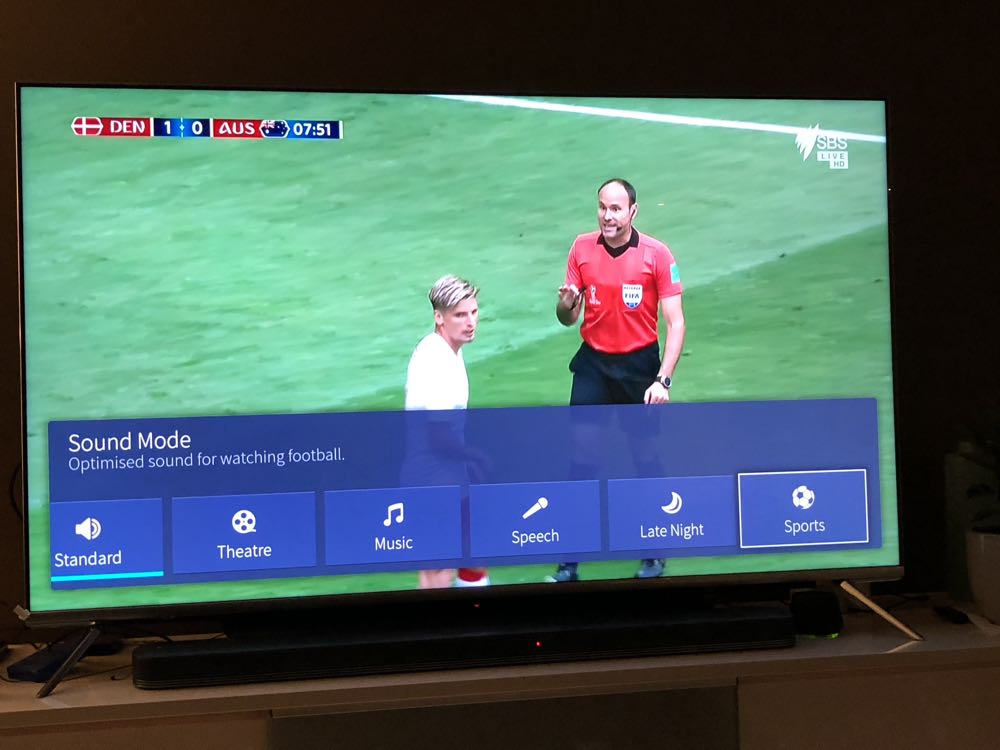 The first is Ultra Local Dimming which intelligently controls the Elite Backlight in real time for a greater contrast so you get blacker blacks and more detail on other areas of the screen.

The panel can actually display more than a billion colours.

The richness of colour was evident even when we were watching free-to-air TV, especially the World Cup matches, with the grass and team jerseys looking resplendent. 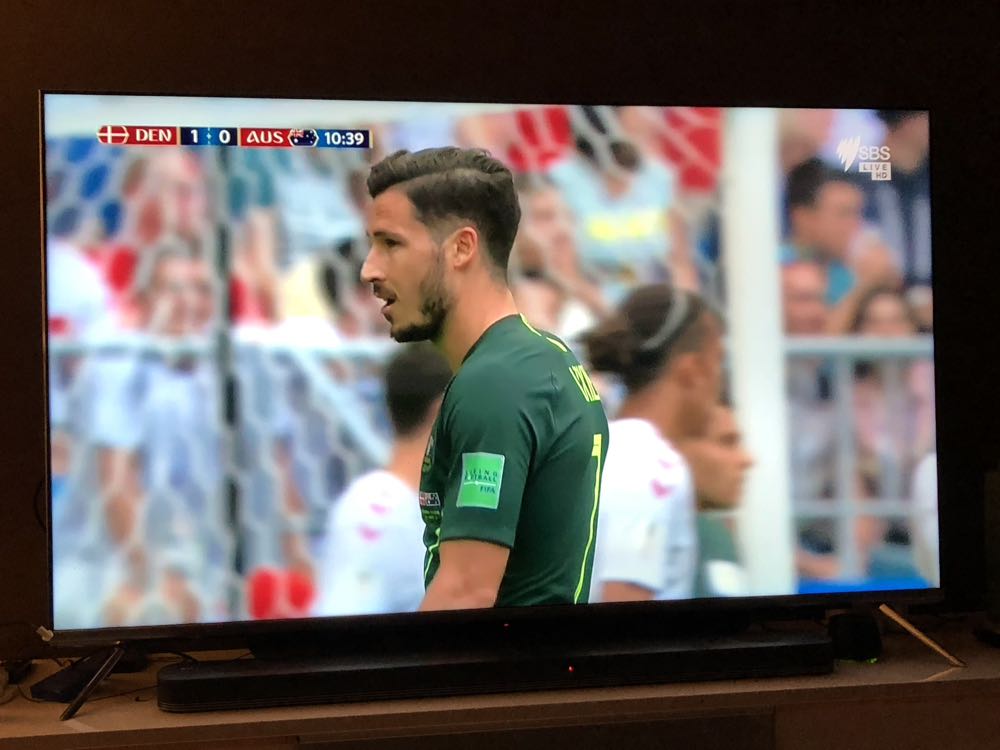 But what really showcased the TV’s abilities was watching 4K content either through Netflix or on a 4K disc.

The clarity was pleasant surprising and colours were true and natural.

Having HDR (High Dynamic Range) Plus onboard also made the 4K content even more compelling.

But we saw more improvement to the brighter areas of the screen without looking washed out with the darker areas not quite getting to the black levels and level of detail we’ve seen on other TVs.

HDR Plus can support HDR10 as well so you’ll definitely see the difference in the image quality watching a movie on 4K disc or Netflix 4K content with HDR. 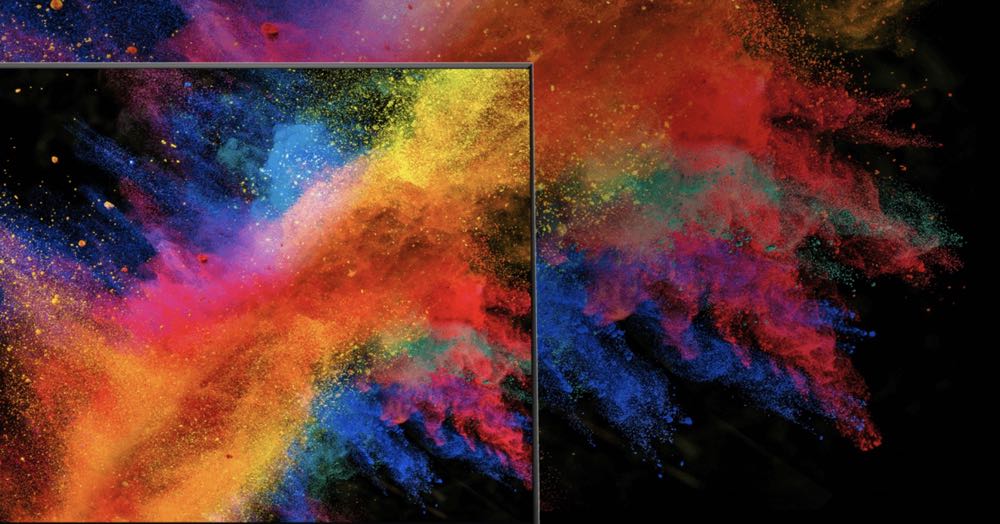 But it wasn’t far off and hardly a deal breaker for anyone consider moving up to a bigger picture with this 75-inch TV.

When we were watching sport like the World Cup or rugby league, the picture remained pretty smooth thanks to the 200Hz refresh rate.

The TV actually has a sport mode to make that smoothness even better. 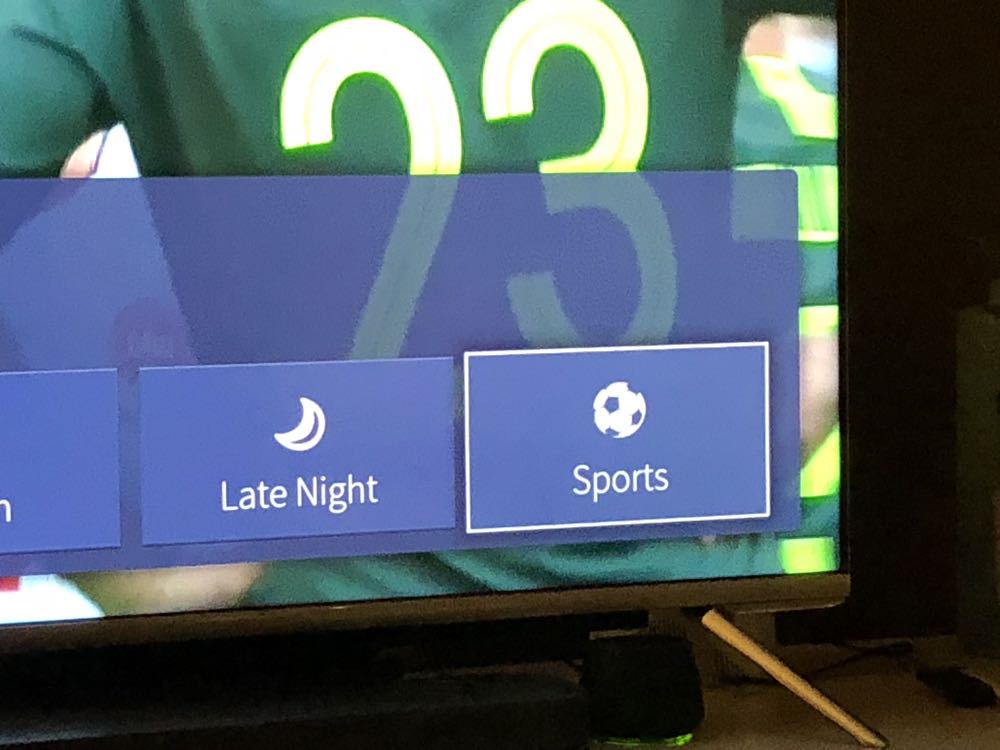 The Smooth Motion technology comes in to play to handle fast-moving images along with a Backlight Scanning method to reduce the image bleed and motion trail that was once the bane of flatscreen TVs.

Watching the soccer and the rugby league was smooth enough so we could read the advertising hoardings behind the players as the camera quickly panned when they were running downfield.

On the audio side, the Hisense TV was also impressive.

One issue with a thin flat screen television is building speakers large enough to generate some decent sound. 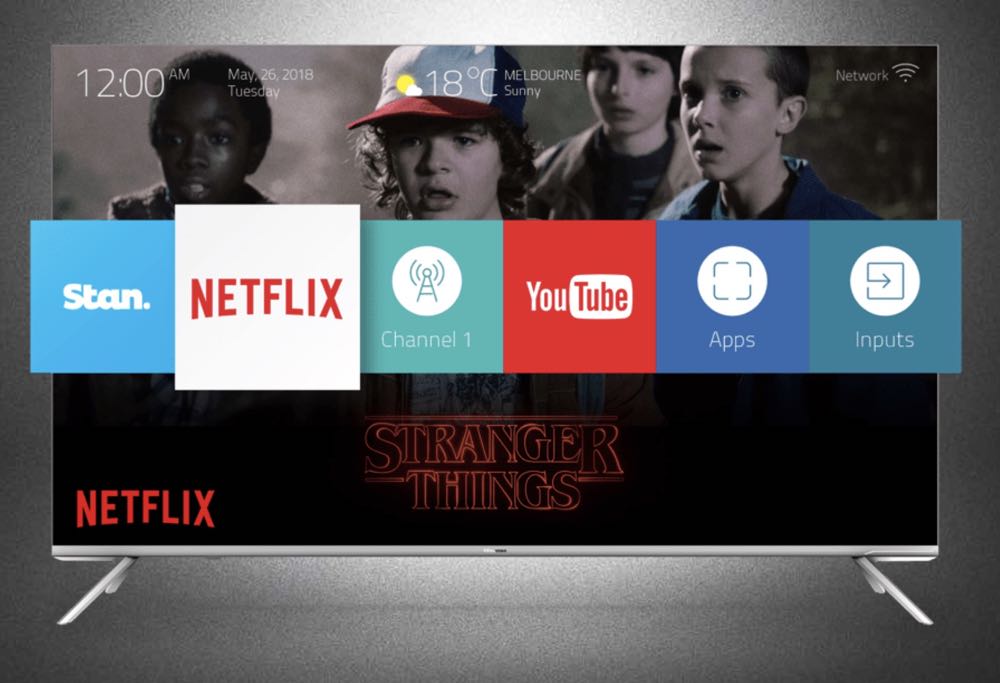 Hisense has used Neus Audio technology to improve the left and right separation, pump up the base and provide a clearer centre channel for voices.

The sound quality was above average, but not the best we’d heard.

You could probably get away with not needing a sound bar.

But if you want surround sound and Dolby Atmos you’d have to go down the soundbar path or integrate the massive screen into a home theatre speaker system with a receiver.

The TV’s operating system is refreshingly simple to operate. Accessing your content or finding the right input is an absolute breeze. 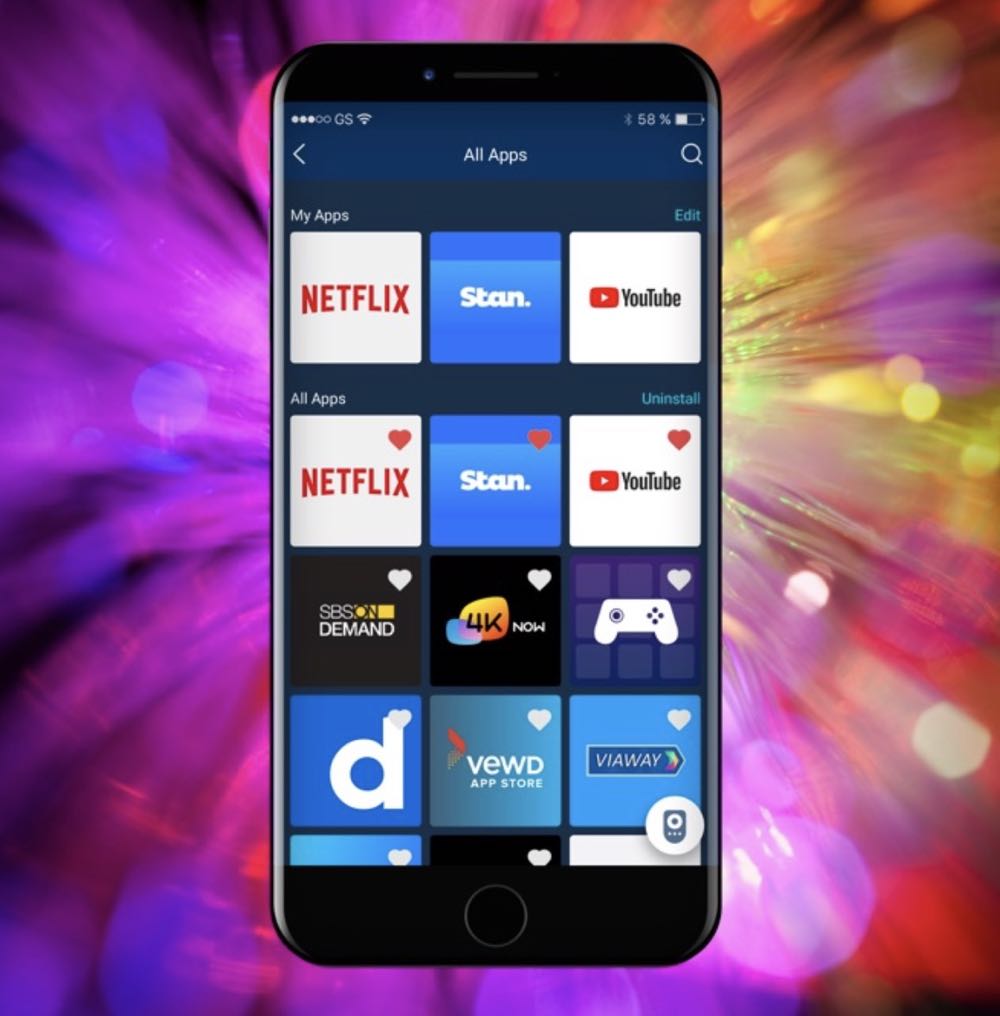 The Hisense 75-inch TV is also powered by a quad-core processor so it’s fast and responsive when navigating the menu and switching sources.

You can even customise your favourite channels to get to them even faster and mirror your smartphone on the screen to show off your photos and videos.

Uses can also download the RemoteNOW iOS and Android app which transforms your smartphone into a fully functional remote-control for the Hisense TV.

No need to hunt for the remote. With this app it’s already in your pocket.

The Hisense 75-inch Series 8 ULED 4K UHD TV (75P8) is a stunning television that provides a brilliant viewing experience whether you’re watching sport, movies or playing games. It is loaded with technology and smarts and provides plenty of bang for your buck.

The Hisense 75-inch Series 8 ULED 4K UHD TV (75P8) is a stunning television that provides a brilliant viewing experience whether you're watching sport, movies or playing games. It is loaded with technology and smarts and provides plenty of bang for your buck.