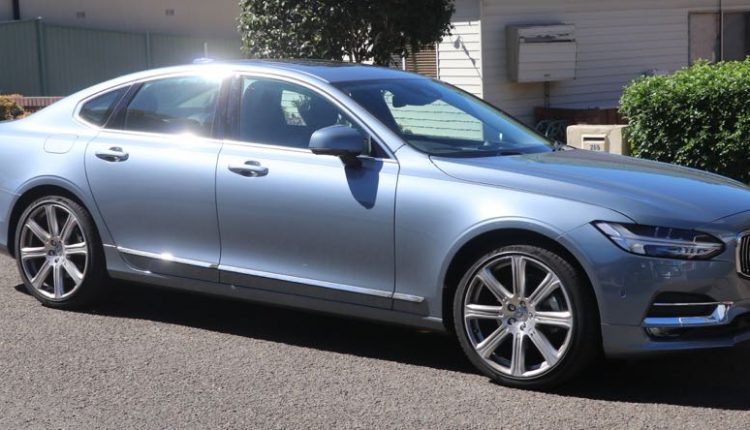 Volvo has always had a great reputation for safety with its vehicles but the launch of the new prestige vehicle – the S90 – they’re also making a name for themselves with in-car technology as well.

And while the car drove superbly and is luxuriously appointed and elegantly designed, it was the technology that caught our interest.

Technology, connectivity and convenience are deciding factors for customers when choosing one car over another.

And the Volvo S90 certainly delivers in those areas.

At the heart of the vehicle is the intelligent Sensus system that puts all the relevant features at your fingertips.

It starts at the 9-inch display that dominates the centre console of the S90. 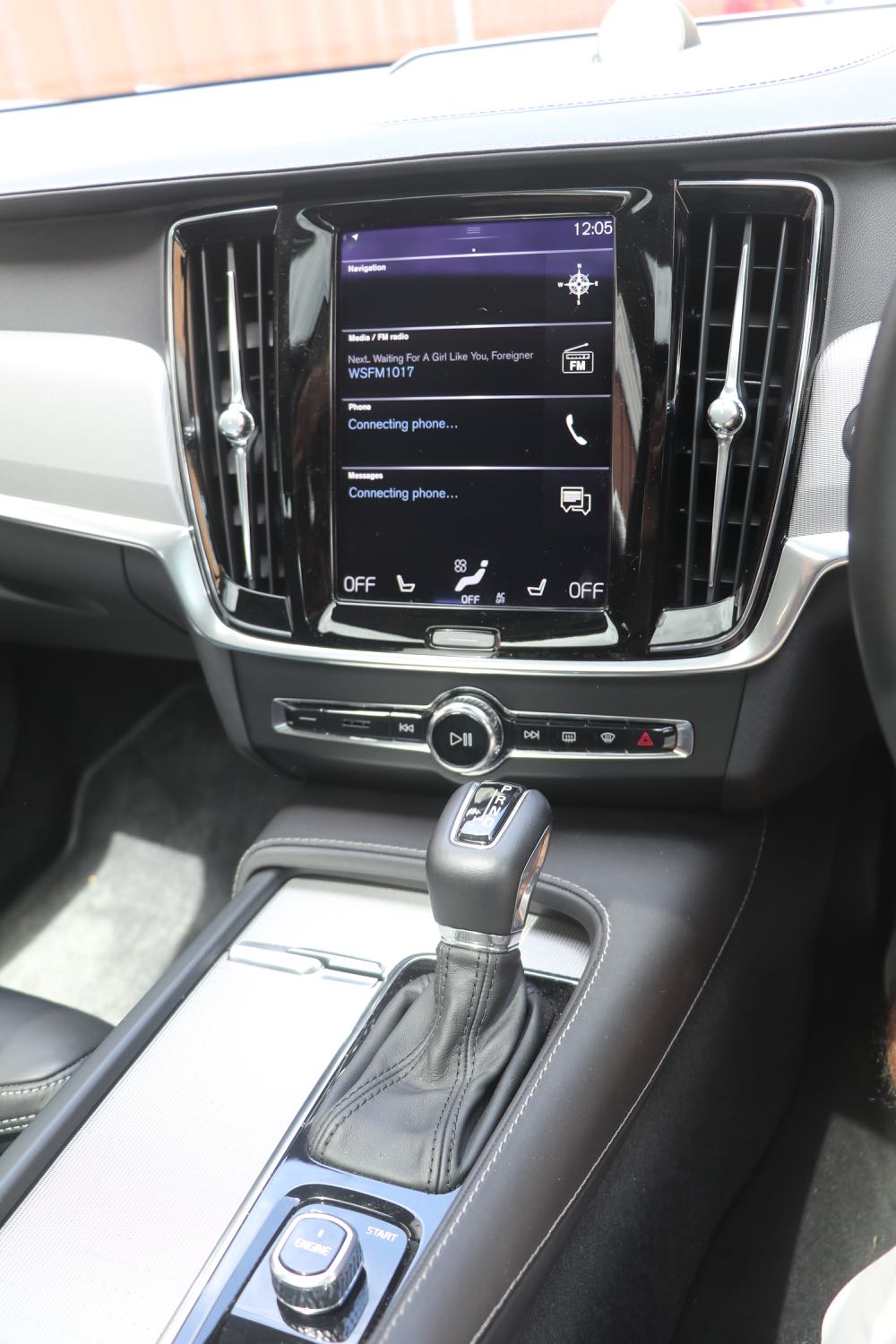 From here you can access the four main areas – navigation, entertainment, phone and connectivity.

And because most of the controls are located on the screen there are less buttons and knobs on the console so you’re getting a cleaner and sleeker look.

The display itself has a black background so it’s easy to read day or night. It’s also non-reflective so you can see it easily even with bright sunlight beaming through the sunroof. 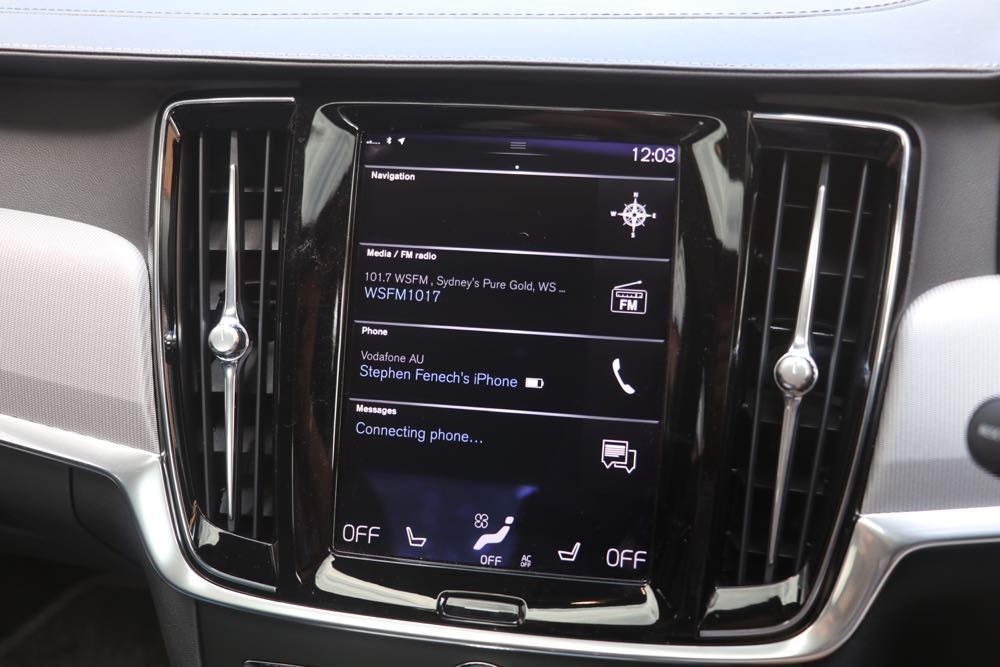 Climate control can also be accessed through the screen.

The driver’s display in front of the steering wheel is also fully electronic. There are no physical gauges – the entire area is a screen.

This means that area is also adaptable so you can choose to display your speed or your map if you’re being guided to a destination.

On the entertainment side, you’ve got access to AM and FM radio as well as apps like Spotify and Pandora which can be installed on the S90 like they would on your phone. 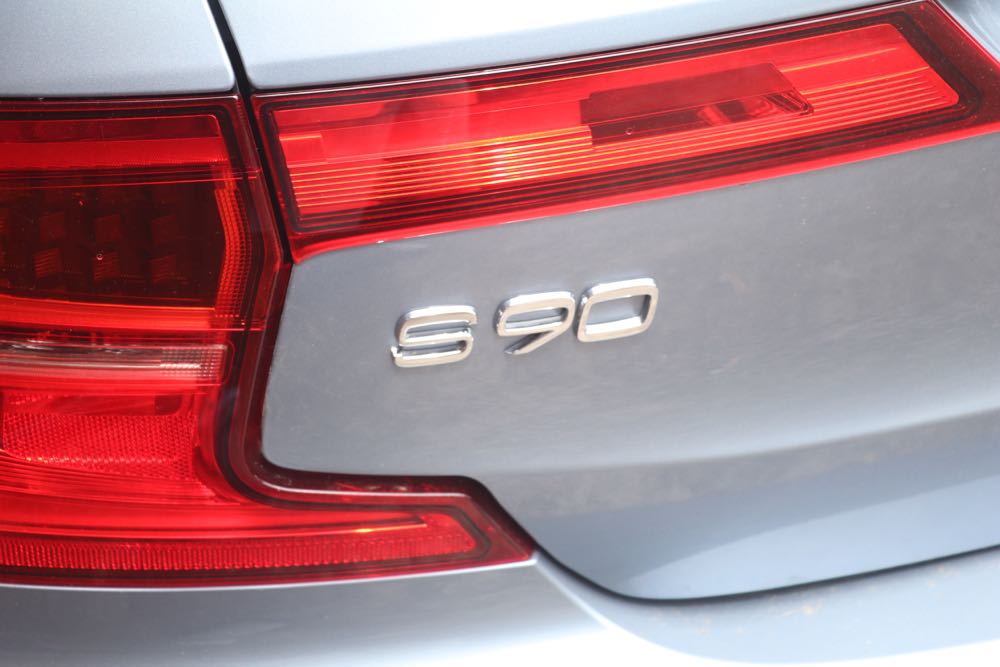 You can also enjoy the music from your smartphone whether it’s connected via Bluetooth or physically with the AUX IN port.

And if you want to listen to your CDs you do that too. But it took us a while to find out where to insert the discs.

Usually it’s under the display on the dashboard. In the Volvo S90, it’s under your elbow below the armrest in the central console. 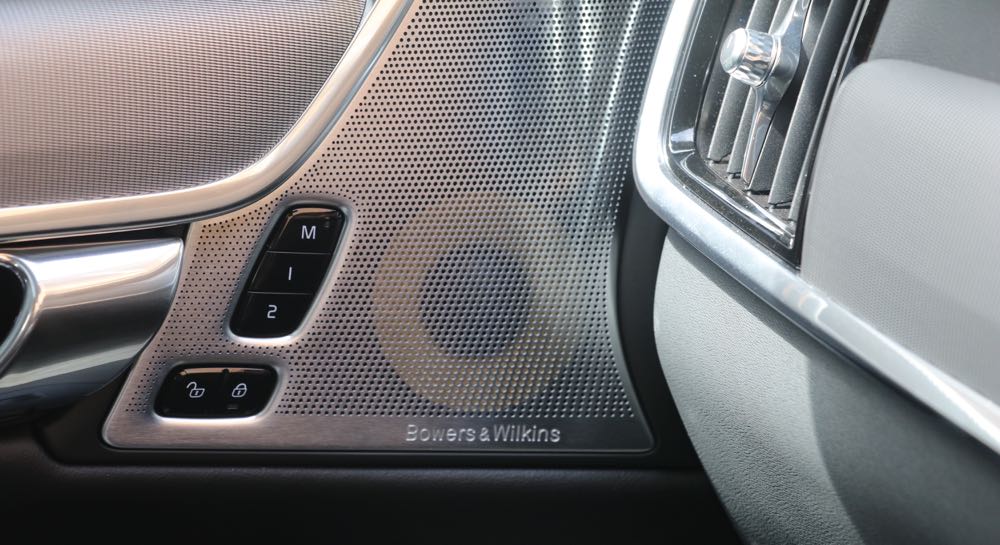 Some of the speakers feature the distinct yellow cones that look great inside the car.

Connectivity is also important for drivers. We all want to make and receive calls while we’re driving.  The S90’s microphone and speakers are crisp and clear so your calls sound load and clear.

Smartphone connectivity also extends to Apple’s CarPlay and Android Auto. When you connect your phone with a cable and activate the respective system, the lower half of the S90’s screen is transformed and displays the apps that can be used behind the while like navigation, music and audio books. 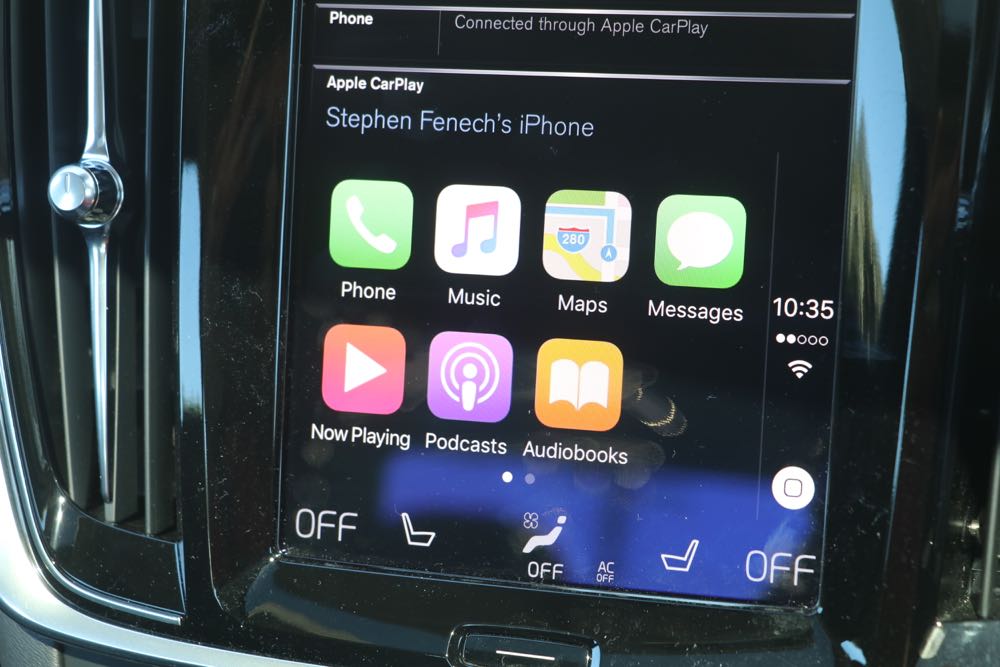 Other features include a head-up display which projects your current speed, the speed limit and your navigation instructions, if you need them, up on the windscreen so they are in your sight line when you’re looking at the road ahead of you.

This is a handy feature but if you’re wearing polarized sunglasses you won’t be able to see it.

This is an issue across all car brands and not unique to Volvo.

The only other issue we had with the Sensus system was its position to the left of the driver. Not much can be done about that seeing our cars are all right hands drives.

But if you’re right handed, like most of the population, operating the touchscreen with your left hand took some time to get used to.

It’s certainly not extremely difficult but it does take a little while to get the hang of it.

The Volvo S90 is an excellent car drive with head-turning looks. And on the technology side, the Sensus system completely addresses the needs of the modern driver in style.

PROS: Sensus intelligent system, large non-reflective easy-to-read display, easy access to all features, excellent connectivity, head-up display. CONS: Operating the screen with your left hand is difficult if you're a right-hander, head-up display disappears if you're wearing polarised sunglasses. VERDICT: The Volvo S90 is an excellent car drive with head-turning looks. And on the technology side, the Sensus system completely addresses the needs of the modern driver in style.