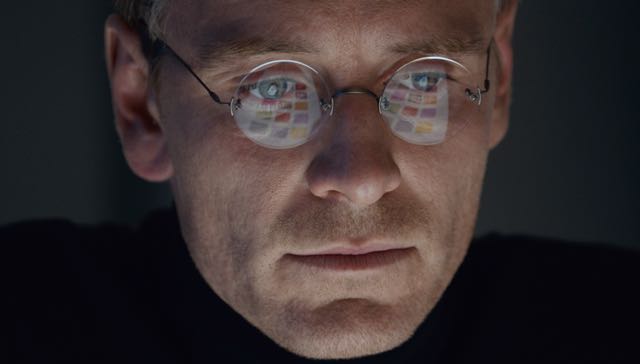 Steve Jobs – the movie written by Aaron Sorkin, starring Michael Fassbender and directed by Danny Boyle – paints an interesting picture of the man who co-founded Apple and “put a dent in the universe”.

Based on the official biography written by Walter Isaacson, the film is set around three key product launches – the Mac in 1984, the NeXT computer in 1988 and the iMac in 1998.

It was an interesting structure by writer Aaron Sorkin – who we know as the writer of The West Wing, Newsroom and The Social Network – who chose to dramatise the most interesting conflicts in the high-stress surroundings of these three events.

Did it really happen that way? Of course not.

Sorkin chooses these backdrops to add some urgency to the script and he cherrypicks the most revealing, damning and less flattering parts of Jobs’ life to drop right into the mix. 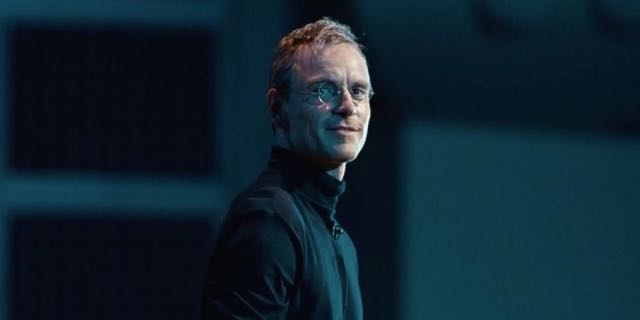 It is a warts-and-all look at the genius behind the creation and rebirth of Apple.

It focussed on his early denial of paternity of a girl named Lisa, his stubborn I’m right and you’re all wrong attitude, his love/hate relationship with Apple CEO John Scully who was formerly head of Pepsi and his tussles with Apple co-founder Steve Wozniak.

But his sparring partner for most of the film is Joanna Hoffman (played brilliantly by Kate Winslet) – Steve Jobs’ suffering “work wife” and long-time Apple PR manager.

Hoffman battles Jobs’ ego and “my-way-or-the-highway” attitude and it seems her job description is tearing down his “reality distortion field” and help him “manage expectations”.

Sorkin’s script mainly focusses on all the battle Jobs fought – from wanting the original Mac to say hello and defending his visionary 1984 Super Bowl ad to taking on the Apple board and being booted out of the company before taking back the reins of Apple when it was just 90 days from insolvency.

Those who’ve read Isaacson’s excellent Jobs’ biography will know there was a lot more to the Apple co-founder than the episodes Sorkin chose to portray in his script.

The fact the film covers a period that were the most turbulent times in Apple’s history is no coincidence. It gave Sorkin the necessary drama and conflict he needed to make the film entertaining. 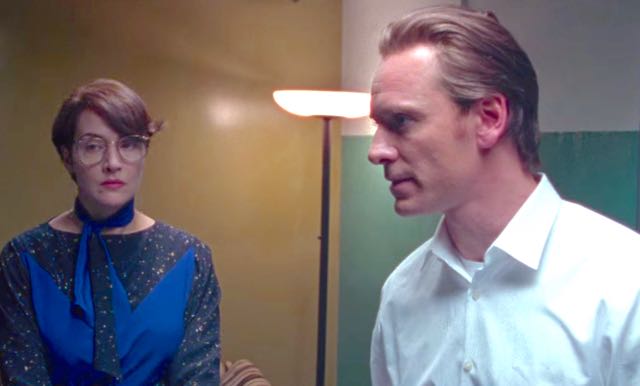 What isn’t covered is the time after the iMac launch in 1998 that heralded the most amazing corporate comeback and success – the launches of the company’s most iconic products – the iPod (2001), the iPhone (2007) and the iPad (2010).

It is filled with his typical clever word gymnastics and exchanges that play like a symphony between the actors.

Fassbender and Winslet are spell-binding and have deservedly been nominated for Academy Awards.

The fact Fassbender doesn’t look much like Steve Jobs apart from wearing similar clothing doesn’t hurt the film at all.

He owns the role so much we ignore the dissimilar looks and just accept him as Steve Jobs.

Director Danny Boyle’s biggest challenge was to make a dialogue packed script entertaining and his subtle direction, scene blocking, use of close ups and flashbacks achieves that goal.

While we thought the film was excellent, it won’t be everyone’s cup of tea.

If you are a fan of Aaron Sorkin’s work, you’ll love this movie. As will anyone with an interest in Apple who wants to literally take a look behind the curtain at the company’s early days and be a fly on the wall.