Sony’s Xperia range of tablets have always been pushing the envelope when it comes to their svelte proportions and its latest Xperia Z4 Tablet continues that tradition. It’s actually the world’s lightest and thinnest 10-inch tablet.

With a thickness of just 6.1mm and weight of 393g, the Xperia Z4 Tablet is hardly going to weigh you down or take up too much room.

These dimensions can only really be appreciated when you’ve got the product in your hands.

When we first held the device, the slender proportions were an absolute standout. It has premium stainless corners and is made from mineral glass.

For our review of the Xperia Z4 Tablet we took it with us to Europe and the US. 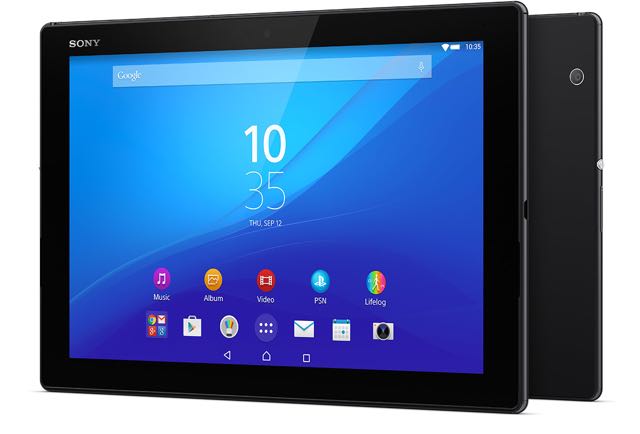 On the plane we were able to demonstrate just how thin it was by storing the tablet in the magazine rack beside our seat.

And we didn’t even have to take out a magazine to fit it in. It was actually thinner than the in-flight magazine sitting next to it.

And once again, the Xperia Z4 Tablet is completely waterproof and dustproof with an IP68 rating.

For the first time there’s also a capless microUSB port that can also go underwater without the need for the ports covers on the previous model.

The Xperia Z4 Tablet brings with it the best of the Sony company including its screen and hi-res audio technology. 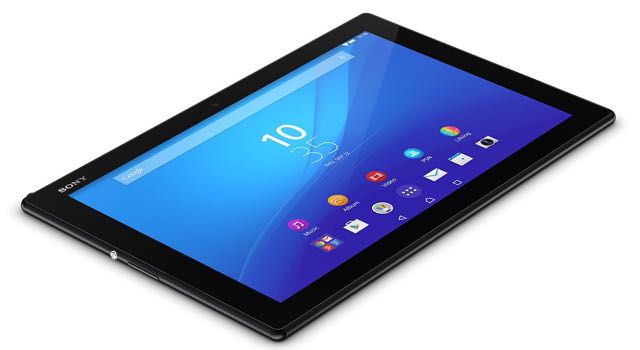 It is exceptional and delivers an excellent experience when it comes to viewing content, browsing the web or using your favourite apps.

On the audio side, the Xperia Z4 Tablet is capable of playing back hi-res audio formats and also supports digital noise cancellation.

On the performance side the Xperia Z4 Tablet also has some solid credentials. It has a Qualcomm Snapdragon 810 octa-core 64-bit processor so not only is it fast but it can also deliver excellent graphics performance on the stunning 2K display. 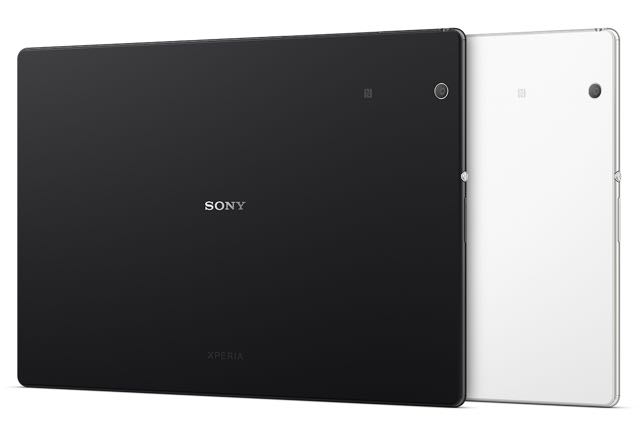 These specs will please the users who want to also use the Xperia Z4 Tablet as a productivity tool as well.

These people would also be interested in hearing about the BKB50 Bluetooth Keyboard accessory designed for the device.

The keyboard clips on to the Xperia Z4 Tablet with a dedicated slot so you can turn it onto a laptop.

It has a generously sized keyboard complete with a trackpad as well. 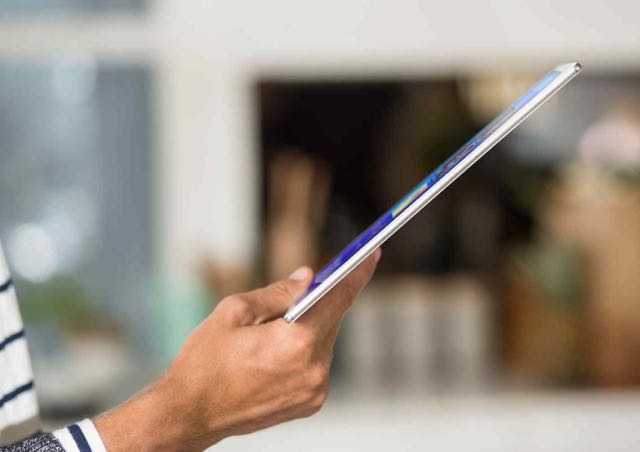 And, thanks to the snug fit of the Bluetooth keyboard and supermodel thinness of the tablet – the pair are still thinner than a regular laptop.

Battery life is one of the Xperia Z4’s strongest features.

Sony says it can offer 17 hours of video playback and we pretty much confirmed this on two plane trips.

One flight from Sydney to London where we pretty much watched video on the Xperia Z4 Tablet for half of the flight, we still had 30 per cent of power left when we landed. 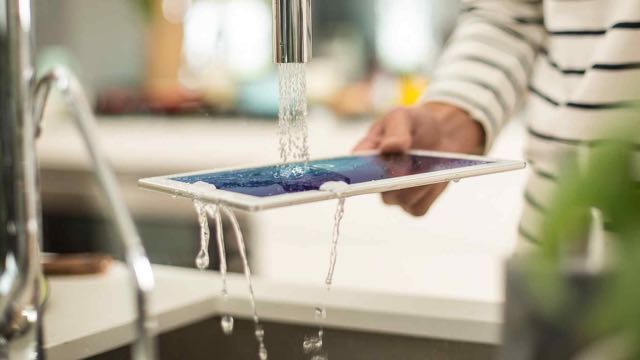 And on this latest trip to the US – we flew from San Francisco to New York and watched back to back episodes of the West Wing for the duration of the five and half hour flight.

The battery was 100 per cent when we left San Francisco and by the time we landed at JFK – it was only down to 84 per cent.

Another thing we loved was the microSD card slot so we could expand the memory and bring along our favourite content.

One thing we didn’t like was that periodically the device was nonresponsive. We clicked the power/unlock button on the left edge – and nothing.

This only happened two or three times but it may have something to do with having pre-release software running on it.

It would play the video file – then the image would freeze while the sound played on and then the video would try and catch up.

But the problem was solved once we installed a third party video player app like VLC.

Sony’s Xperia Z4 Tablet offers excellent features across the board as well as a thin and light design to make it one of the most desirable Android tablets on the market.