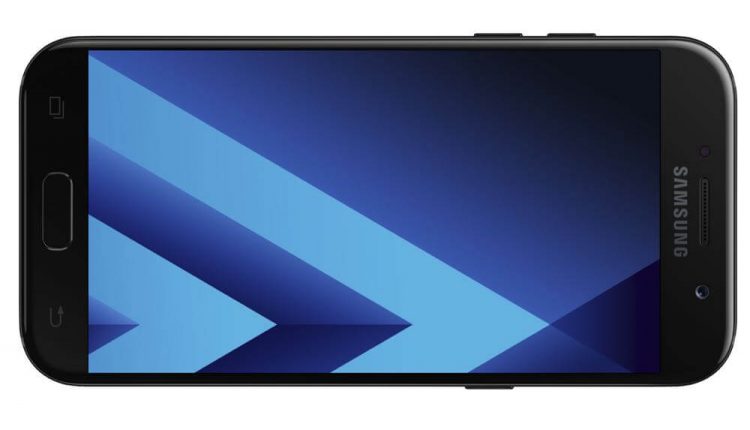 The mid-range smartphone market just got a little more crowded with the release of the Samsung Galaxy A7 – a device that inherited a lot of top-line features from earlier flagship Galaxy phones.

Samsung didn’t announce a smartphone at the recent Mobile World Congress in Barcelona and the highly-anticipated Galaxy S8 won’t be available for at least another month.

But Samsung released the Galaxy A7 to beef up the company’s mid-tier portfolio.

And the good news is that a lot of the premium features of previous flagship devices have made their way into the A7.

The Samsung A7 has a premium look despite its mid-range price with rounded corners and curved metal edges merging with the rear glass panel.

It certainly has an excellent build quality and feels solid in your hands. 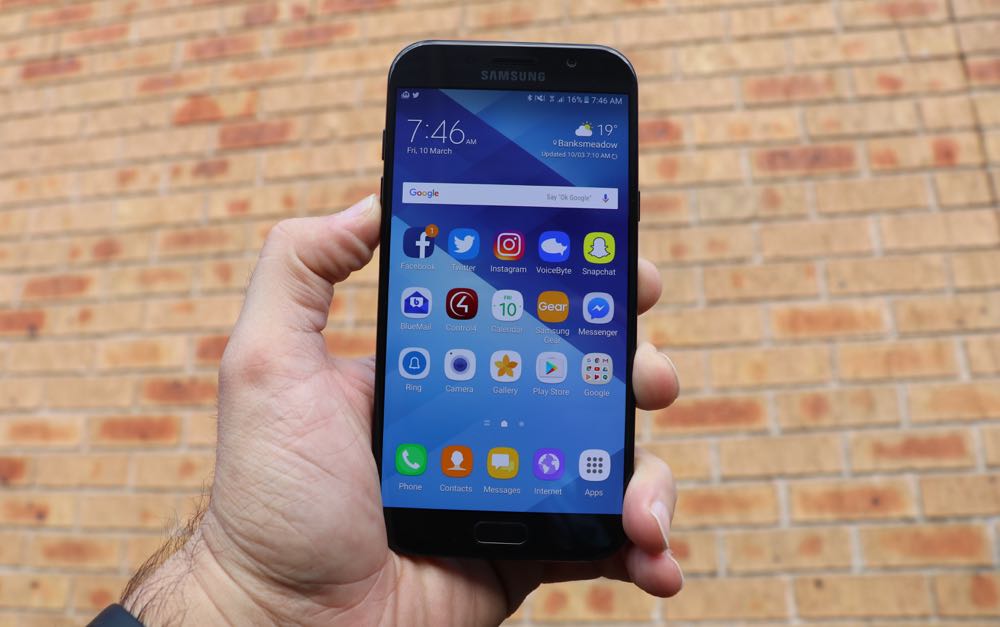 It’s just 7.9mm thick and has a nice glossy finish. The only downside, especially with the black version of the A7, is that it shows up all of the fingerprints so it will need a wipe a few times a day.

The A7 is also water resistant with an IP68 rating so it can handle those little accidents o take a dip without missing a beat.

The Samsung Galaxy A7 has a 5.7-inch full high definition display with 386ppi (pixels per inch) with a fingerprint reader built into the home button.

We found the fingerprint reader a touch slow at unlocking the device unless our finger or thumb was placed more precisely on the button.

Other devices in this price range have lightning quick fingerprint readers but our A7 took a little while to let us in. 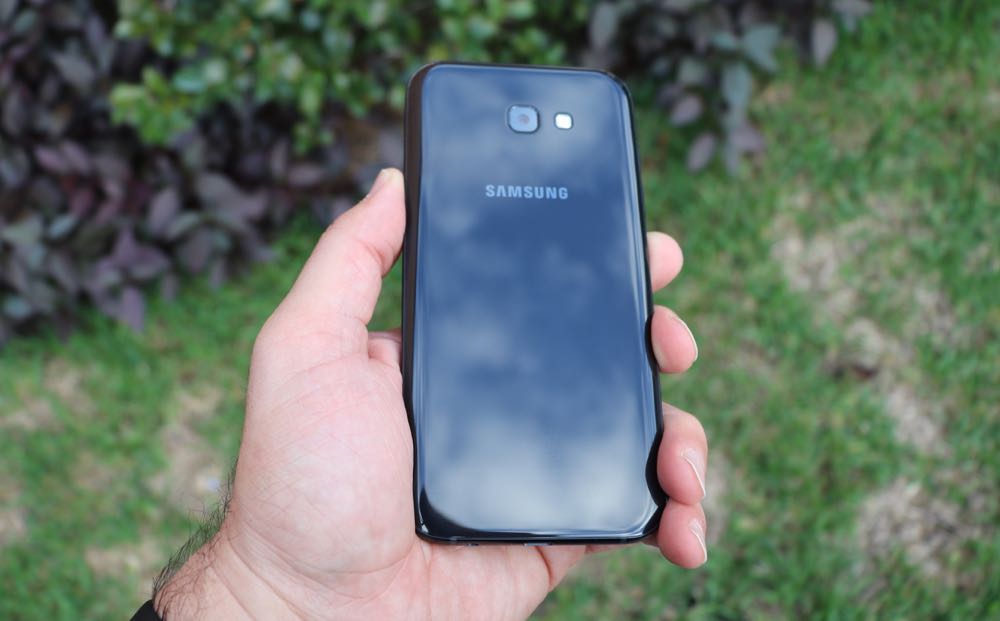 The Galaxy A7 also has an Always On display which means you can read the time and see how many missed calls, unread emails and messages you have.

This will save your battery because you won’t have to unlock the A7 and fire up that 5.7-inch screen.

The Samsung Galaxy A7 has a 1.9Ghz octa-core processor which, while not as fast as it’s more expensive big brother, the Galaxy S7 – it’s still no slouch.

The device also has 3GB RAM and 32GB of internal storage. You can expand memory with an additional 256GB microSD card slot. 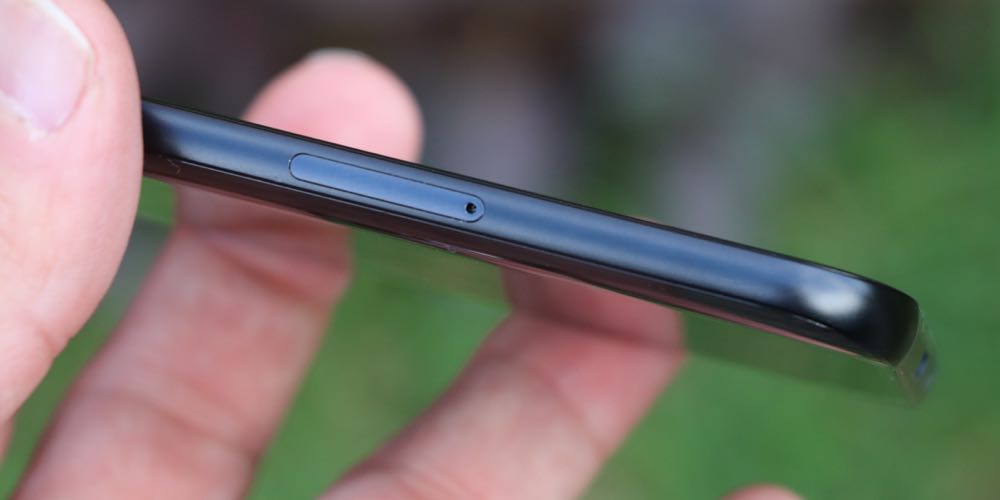 The memory slot is on the top edge and is actually separate to the SIM card slot which is located on the left edge.

You’ll find the older Android 6.01 operating system running on the Galaxy A7.

It’s obviously not the latest Android 7 but you might be able to upgrade in the near future. 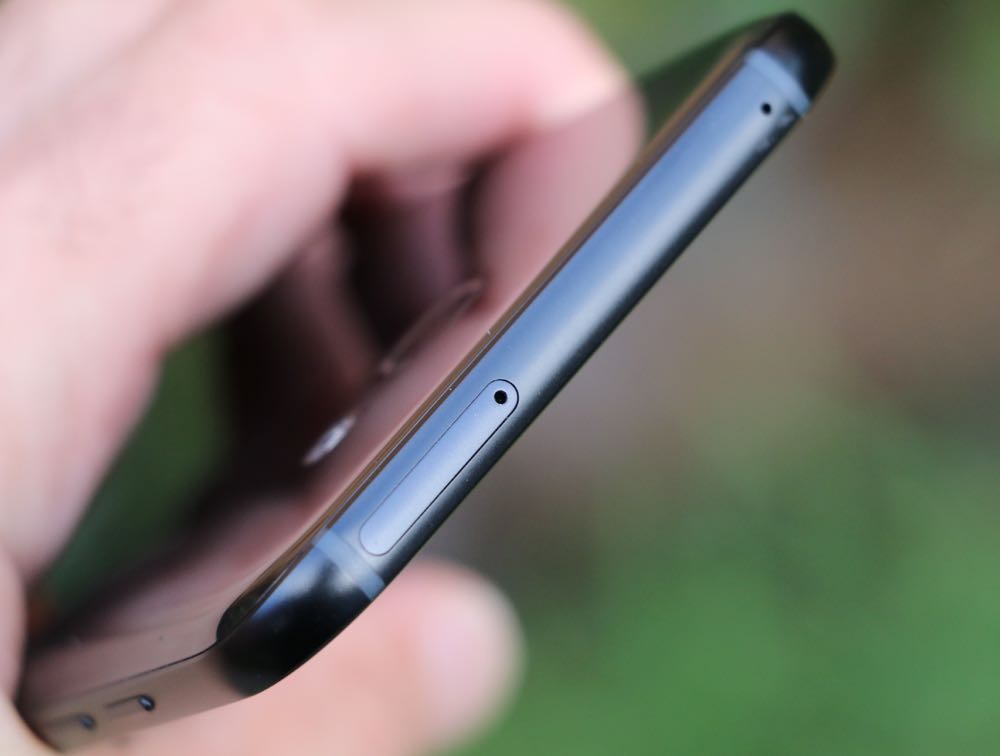 But the good news is the Samsung UI (user interface) is pretty subtle and clean so the device doesn’t feel like it’s bloated with extra apps you don’t need.

The rear camera and front camera on the Samsung Galaxy A7 are both 16-megapixel so selfie lovers will see a rise in quality.

The main rear camera also has a flash that doesn’t blast your image but maintains a nice colour balance.

The camera struggled a little in low light situations but when you’ve got plenty of light it’s a different story.
Images are sharp and clear with nice even and natural colour. 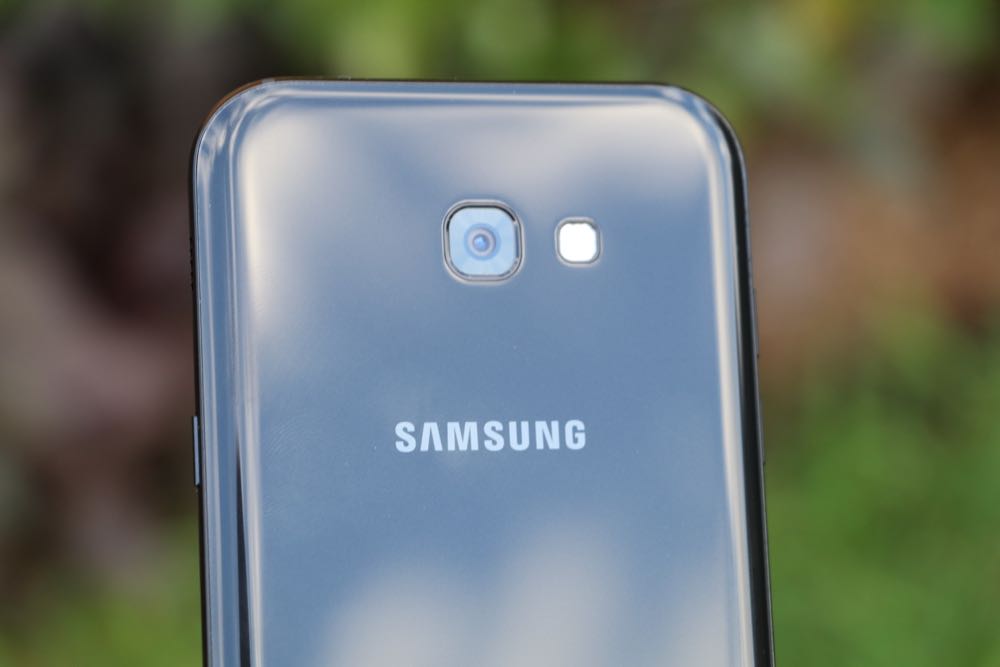 The selfie camera has a wider angle on the lens so you can still frame a nice shot at arm’s length without have to reach for a selfie stick.

What you’re not going to get is 4K video recording but it shoots decent full high definition video.

There is NFC (near field communication) onboard the A7 which can be utilised for Samsung Pay.

You can not only add your compatible bank-issued credit cards but also all of your loyalty cards as well.

Great to have this feature on a mid-tier device.

There is a 3000mAh battery onboard and when we were using this as our main device it cruised through a full day and sailed through till just before lunchtime on the next day before we needed to plug the charger in to the device’s USB-C port. 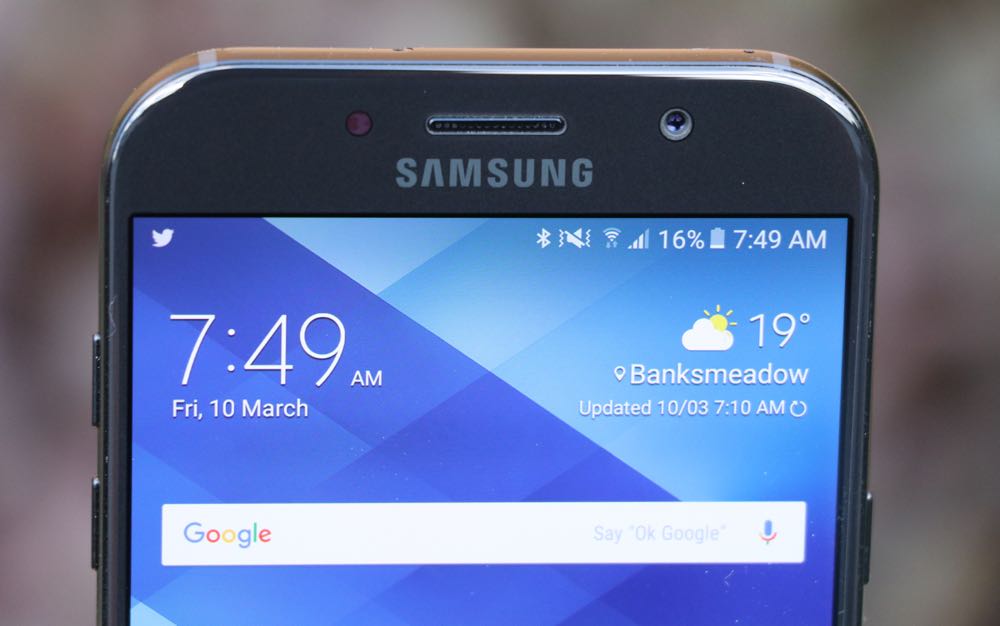 It’s great having all of these great features on the phone but they’re useless without a decent battery to keep you powering on.

A great battery and efficient power usage is exactly what you get with the Galaxy A7.

The Samsung Galaxy A7 delivers a lot of premium features at an affordable price.  It is a powerful device that’s well designed and delivers excellent performance.