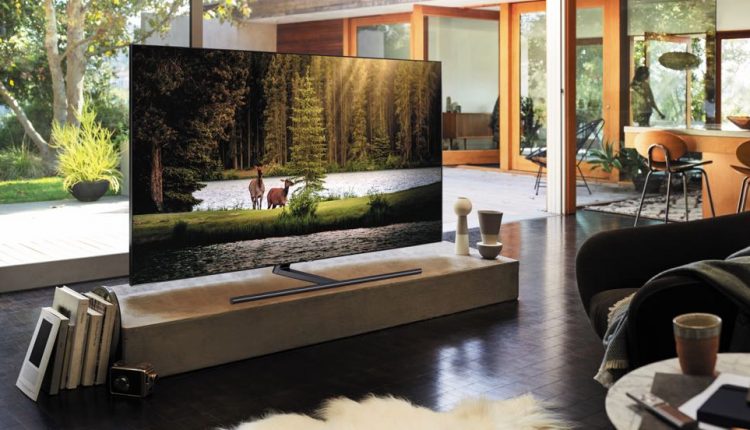 Samsung’s new 2018 Series 9 QLED TVs are nothing short of remarkable – not only is the picture quality stunning but the design and features also contribute to make the new television a compelling package.

Both were set up on a table top on its slimline stand. Of course, the TVs can also be easily wall-mounted.

That would be the option if we bought this TV for our place.

But on a surface, the TVs are still really impressive.

What catches your eye the second you turn the TV are the super thin bezels which are virtually non-existent so all you see is the picture.

The television gets out of the way of itself so all you can see is the screen.

And what a screen it is – 4K Ultra High Definition resolution and Quantum Dot technology onboard as well.

Connecting the TV could not be simpler. 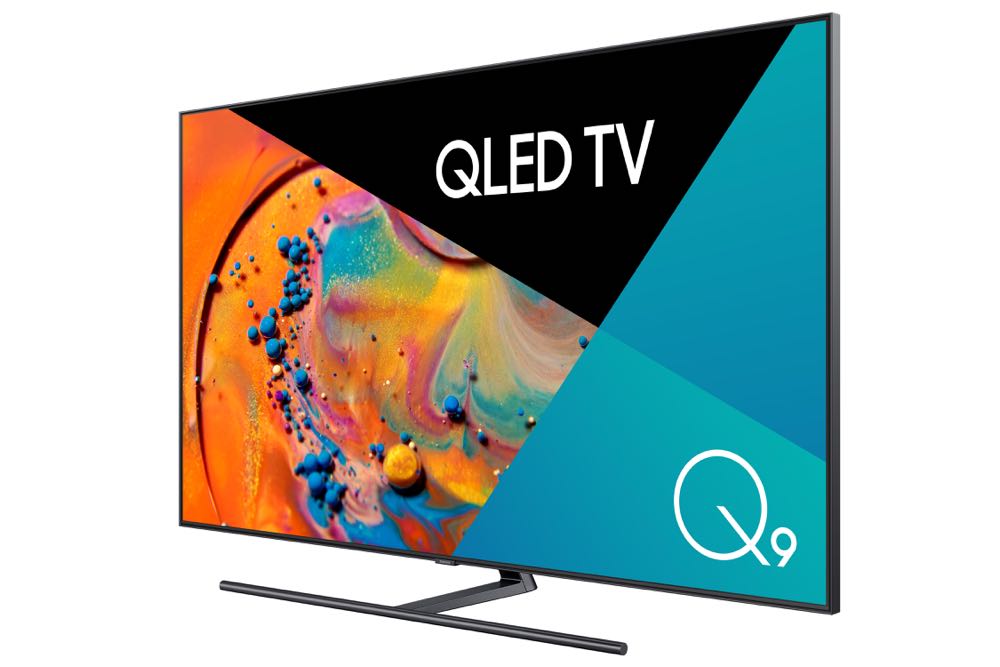 The Samsung QLED TVs have a single clear cable which connects both data and power to the screen.

All of your sources link to the One Connect Box which can be placed in an entertainment unit and hidden away from view.

If a customer wanted to mount the TV, that single clear cable can simply run down the wall and you will hardly notice it.

Traditionally, mounting a TV required professional installation to not only fit the mounting bracket but also run the plethora of cables down your wall and then out again to connect to your sources.

Users can also set up their TV using their smartphone and the SmartThings app. This will set up your wireless connections, your Samsung account and any other passwords you may require which are already being used on your phone.

The whole process takes just minutes. And that’s good because you don’t want to waste any time before viewing the quality of this TV.

For our review, we watched high-definition and 4K content both on disc and through streaming services.

As we expected, the QLED Series 9 did not disappoint.

One of the first things we noticed was the improved black levels which can be put down to the Direct Full Array which controls the backlight to accentuate darker and brighter areas of the screen.

We were able to see a lot more detail in the darker zones as well as deeper blacks even when they were next to bright sections of the screen.

We watched the new Lost In Space series on Netflix which was 4K UHD and the Samsung TV delivered the blacks and accurate colours as well.

We were particularly struck with how accurately the TV presented skin tones and other colours with solid brightness and warmth.

There were times when we noticed some banding around bright objects on the screen as the white retreated to grey on the screen.

This was a rare occurrence with that change in colour and gradation that normally rendering far smoother.

To be fair, it could have been the Netflix stream’s bit rate rather than the Samsung TVs ability to interpret that picture information.

It sure wasn’t an issue when we watched 4K discs. Star Wars The Last Jedi looked absolutely stunning.

The contrast and picture quality were obvious and this was helped along by the HDR (high dynamic range) 10 compatibility.

All the latest Hollywood films are mastered with HDR 10 so there are even more levels of detail between the brightest and darkest parts of the image so you can see a lot more even in extremely dark and overly bright scenes.

4K and HDR are also ingredients in the latest console games for the PlayStation Pro and the Xbox One X so gamers will be delighted with the outcome.

There is even a dedicated Game Mode to reduce low input lag to keep your online gaming experience fast and true.

We also watched a fair amount of YouTube on the Samsung TV and it looked terrific even on the large 75-inch model. 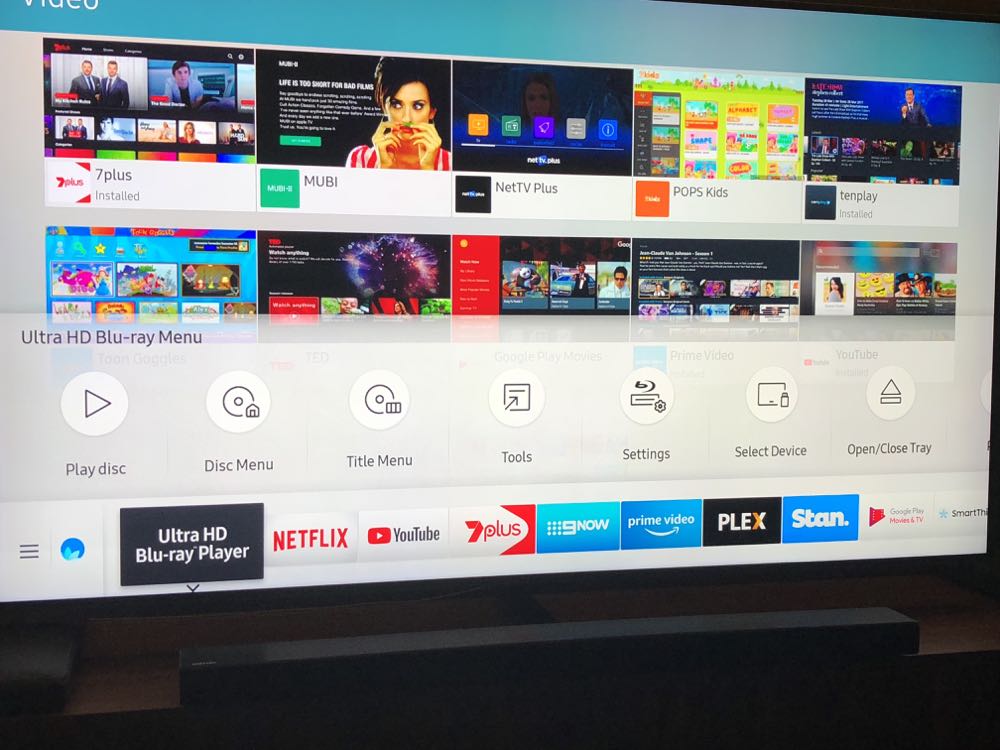 There is also a browser on board and, naturally, we want to see what Tech Guide looked like on a screen of this size. Needless to say it looked spectacular.

The Samsung Series 9 QLED TV is also as smart as it is beautiful.

The Smart Hub put all the TVs features and content options at your fingertips so it’s easy to move from live TV, to a game, to a movie on disk or a Netflix stream.

Users simply move to left and right of the menu to find what they want to do instead of having to remember what number HDMI port the sources are plugging to.

When you do plug in your devices for the first time, the TV actually recognises and names the product so when you want to watch a Blu-ray disc, you look for a Blu-ray disc player rather than trying to remember it is HDMI 2.

Another cool addition to the TV is Ambient Mode which utilises the screen when you’re not watching television.

So rather than a boring black rectangle on the wall, users can imitate the wall the TV is mounted on so it looks transparent.

Other Ambient Mode options include displaying useful information like weather, the time and news headlines.

And you can turn it into a gallery of your favourite photos or a jukebox to enjoy background music.

If we had to look for one weakness, and there really isn’t any, it would have to be the TV speaker’s sound quality. 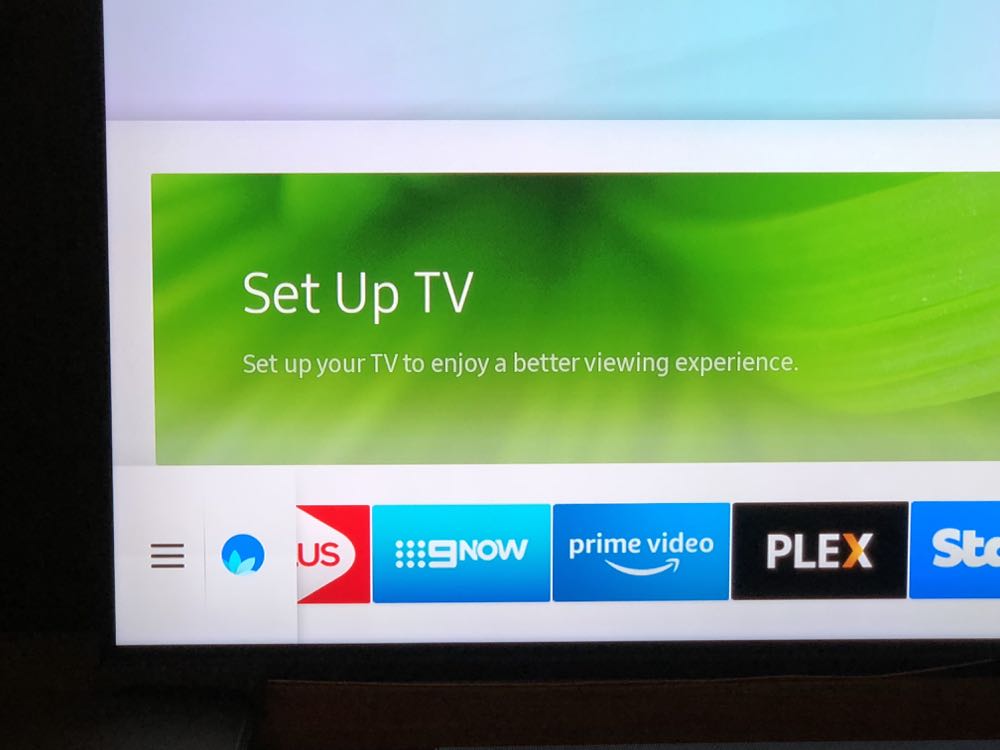 The TV sound did have an impressive amount of presence but it was inferior to the quality a sound bar would provide.

Other rival TV manufacturers, including LG and Panasonic, are adding high-quality sound to their televisions and even Dolby Atmos in the case of LG’s Super UHD TVs.

When you consider the Samsung Series 9 75-inch QLED is priced at more than $10,000 you expect to hear a better sound coming from the television.

The sound is good but for our ears, we expected a little more.

Australians looking to go bigger with their televisions this year and Samsung has catered for that appetite with this really at 75-inch and 65-inch Series 9 QLED TVs. 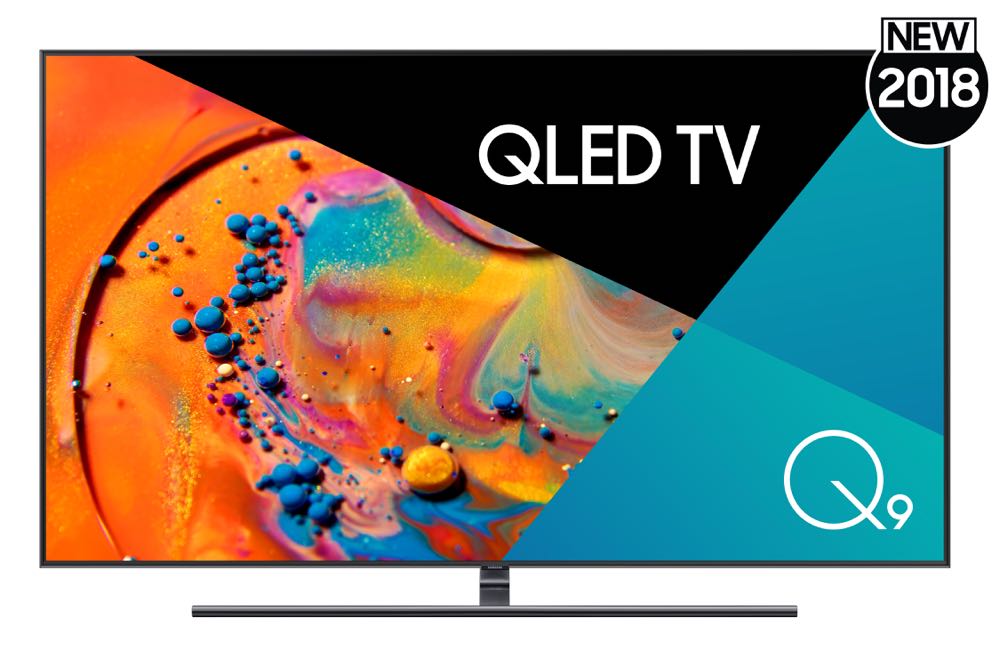 We only sat about two and a half metres away from the 75-inch TV and it was still razor-sharp and clean.

Samsung has once again found several ways to improve their already remarkable TVs and the 2018 Series 9 QLED TVs have raised that bar higher than ever before.

CONS: TV's speakers could be better, some banding around bright on screen objects, expensive.

VERDICT: Samsung has once again found several ways to improve their already remarkable TVs and the 2018 Series 9 QLED TVs have raised that bar higher than ever before.