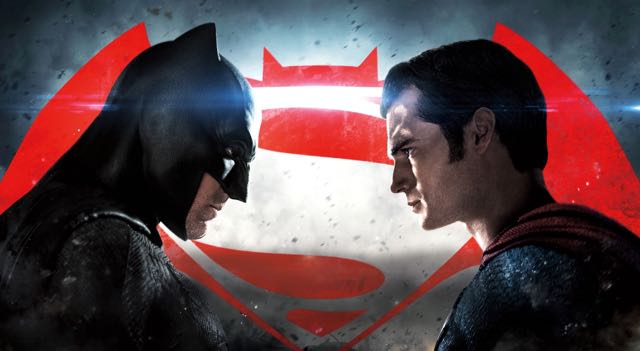 If you’ve got your 4K TV and have also invested in a 4K Ultra HD Blu-ray player, the amount of content has just increased with a range of new releases from Roadshow Entertainment.

And it includes one of the biggest titles to hit the 4K disc format – Batman v Superman: Dawn of Justice.

The other titles are: Creed, The Expendables 3 and Man of Steel.

All of the movies include the 4K disc, the Blu-ray disc and a digital version through Ultra-Violet.

So even if you don’t have a 4K player yet, but are planning on buying one, you can still watch the Blu-ray disc now and have the 4K version up your sleeve when you upgrade.

The 4K version of the film is actually the Ultimate Edition which has an additional 30 minutes running time.

The regular cut of the movie can be viewed on the included Blu-ray disc.

Roadshow Entertainment has cleverly released Man of Steel at the same time as Batman v Superman: Dawn of Justice.

Viewers can enjoy Man of Steel first in stunning 4K before watching Batman v Superman: Dawn of Justice which picks up almost where Man of Steel left off.

Creed, the theatrical smash-hit that approached the popular Rocky franchise from an all-new direction, is also a winner on 4K.

All of these new releases have HDR (high dynamic range) which means you can see more in the lighter and darker parts of the screen on a HDR TV.

In Creed, the HDR on the 4K disc was particularly impressive as it added a lot of detail and textures that were invisible in the full high definition version on Blu-ray.

All of these latest Roadshow releases, with the exception of Creed, all have Dolby Atmos.

Dolby Atmos adds a layer of sound which comes from above the viewer if you have your home theatre set up with speakers on the ceiling or with floor-standing front speakers that can bounce the sound off the ceiling.

How the new BP app will change the way we refuel