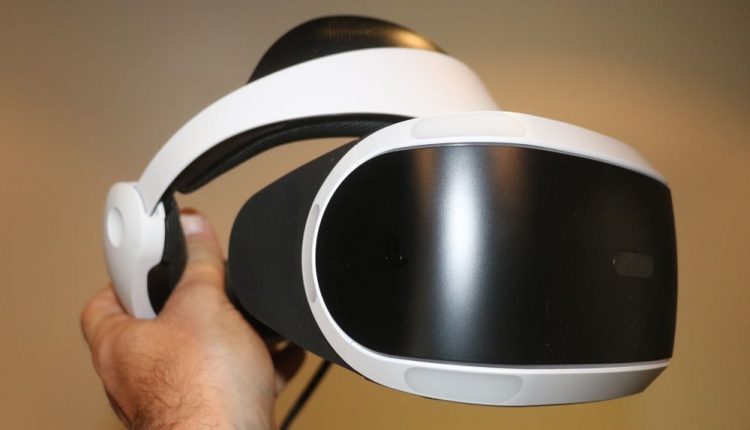 We’ve entered an all-new era of console gaming with the release of Sony’s highly-anticipated PlayStation VR headset which takes players to the next level of immersion and enjoyment.

The world of virtual reality is here and, when you combine that with gaming, you’ve got an experience that will truly carry you away.

We will look back on the release of the PlayStation VR as the time when gaming underwent one of the biggest changes the industry has ever seen.

But PlayStation VR is only as good as the games that are powering it and the great news is there is a healthy selection of titles that absolutely showcase the difference between regular gaming and virtual reality.

There are 30 titles available now for PlayStation VR now and that will extend to a library of 50 VR games before the end of the year.

So right out of the box you can get a taste of the games and then have the option to buy them directly from the PlayStation Store.

You will feel like you’re inside the virtual world – sitting in the cockpit instead of seeing a third person view. 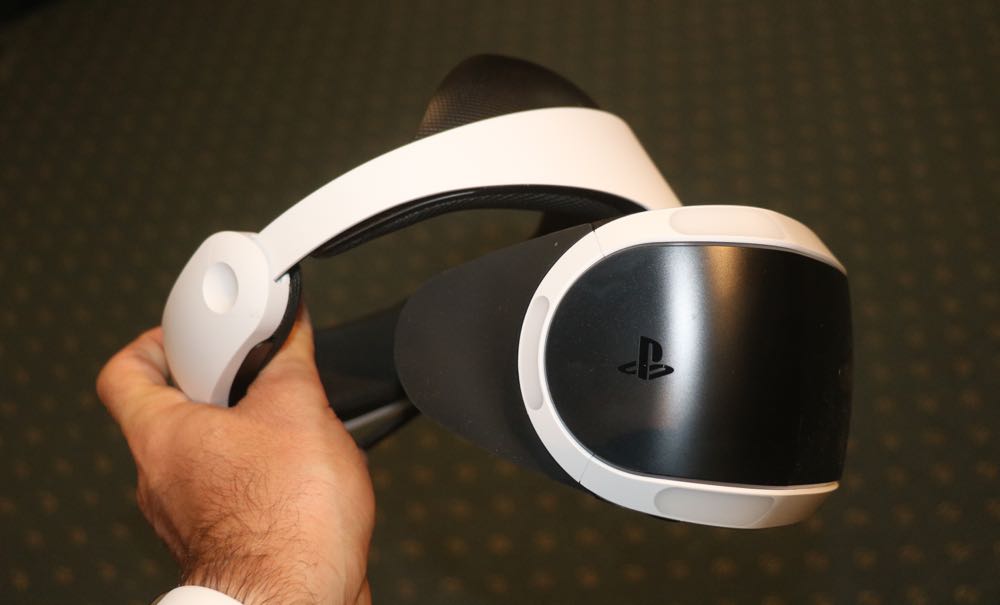 It’s also quite different from a first person game because the PlayStation VR has covering on each side of your eye so you can’t see anything else except the virtual world around you.

Even when you turn your head – all you see is what is within this virtual world.

The quality of the image is also impressive in terms of responsiveness and refresh rate and resolution.

Now the PlayStation VR itself might look a little bulky but it is comfortable to wear and also very well balanced. 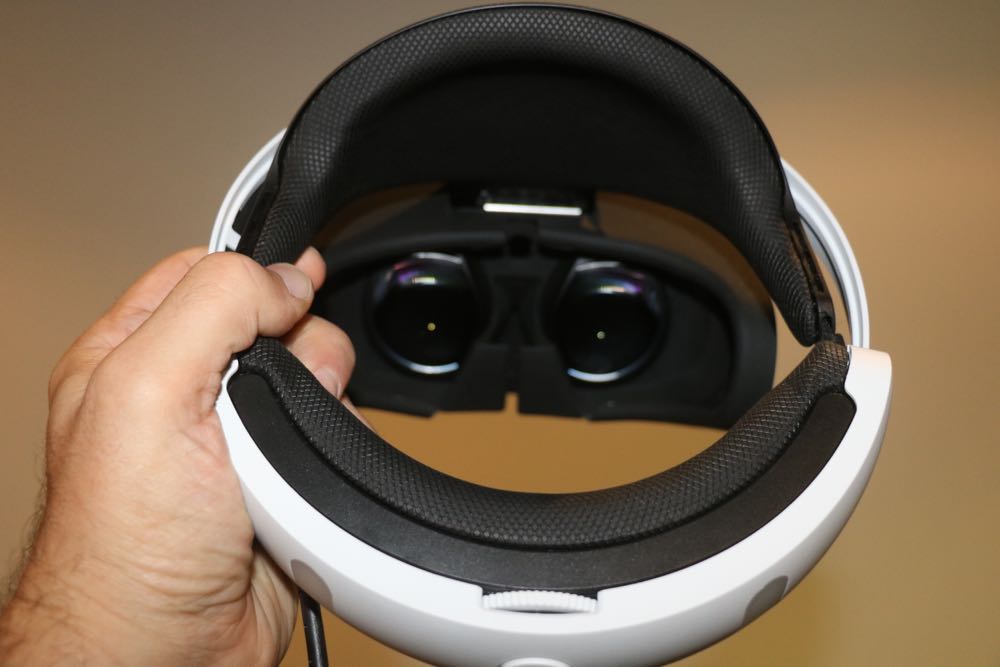 The front eye-piece is where all the tech (and all the weight is located) but the adjustable headband provides a great counterbalance.

Once the headset is on, you can then adjust the eye piece and move it in and out of your face to help find the right fit and also the right focus for what you seen on the VR’s display.

Setting up the PlayStation VR takes a few different connections and the addition of a processor unit and additional cables. 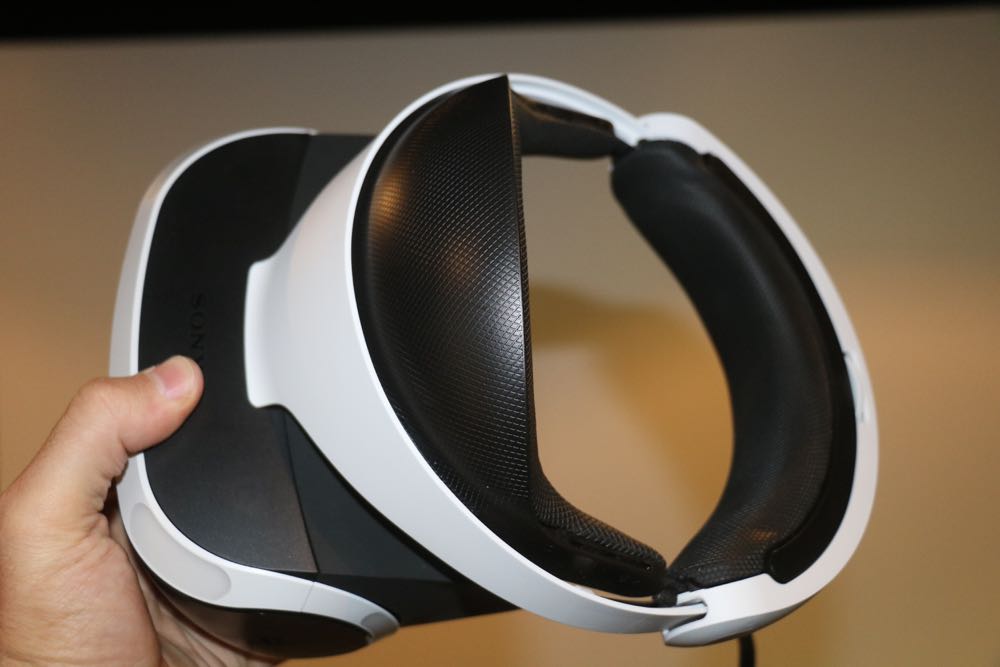 The camera comes into play to track your head and movements so that accuracy is carried into the game as well.

There’s also another USB connection to the front of the PS4 from the processor unit as well as another cable connected to the unit that will finally connect the PlayStation VR unit.

That’s quite a few connections and cables as well as the processor unit itself so you’ll need a bit of room to store them.

And when you’re set up you need to give yourself a bit of room in front of the TV.

We suggest a low stool which would allow you to move a full 360-degrees even while seated. And you will be moving in 360-degrees.

On the cable of the PlayStation VR which leads from the headset to the processor unit is a controller that lets you turn on the VR and also to connect your earphones as well.

The result is a fantastic experience that will introduce a lot people, and not necessarily hardcore gamers, to the world of virtual reality.

According to Telsyte, 2.5 million households (22.3 per cent) will use VR by 2020 with three in four Australians already aware of VR technology today.

Of those interested in buying a VR, 76 per cent want to purchase a headset to enhance their gaming experience.

The PlayStation VR is literally a game changer that will create all-new and exciting experiences for players of all ages and become the on-ramp for many people into the dazzling world that is virtual reality.

PROS: Stunning VR quality, impressive image quality, comfortable. CONS: Not a standalone product - you need a PlayStation 4 and PlayStation Camera. VERDICT: The PlayStation VR is literally a game changer that will create all-new and exciting experiences for players of all ages and become the on-ramp for many people into the dazzling world that is virtual reality.

PocJox lets you carry your smartphone in comfort during your workout