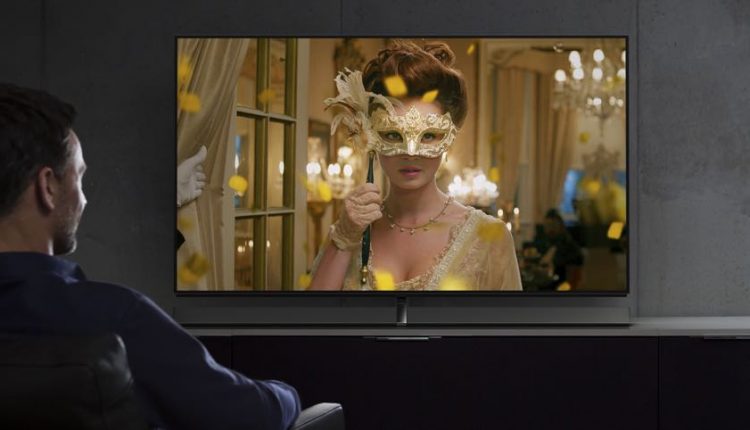 When it comes to making TVs, Panasonic has a tremendous heritage and record for innovation and are now applying that vast knowledge to its latest range of OLED TVs.

While Panasonic would not confirm it, we are aware the OLED panel on board the TV was manufactured by LG Displays –  the world’s only OLED supplier for screens over 30-inches.

But it doesn’t matter where it comes from it what you do with it that counts and Panasonic has done a whole lot to make this one of the best TVs it has ever produced.

Design-wise, the Panasonic OLED is impressive.

It shows off the thin OLED screen in the top most visible part of the screen and it thickens out near the base where the electricals and inputs are located.

The TH-65EZ1000U also appears to float above a blade speaker that runs the full width of the screen. But more about that later.

The thing that’s going to get your attention is the incredible 4K OLED screen which is enhanced by Panasonic’s advanced colour and image processing. 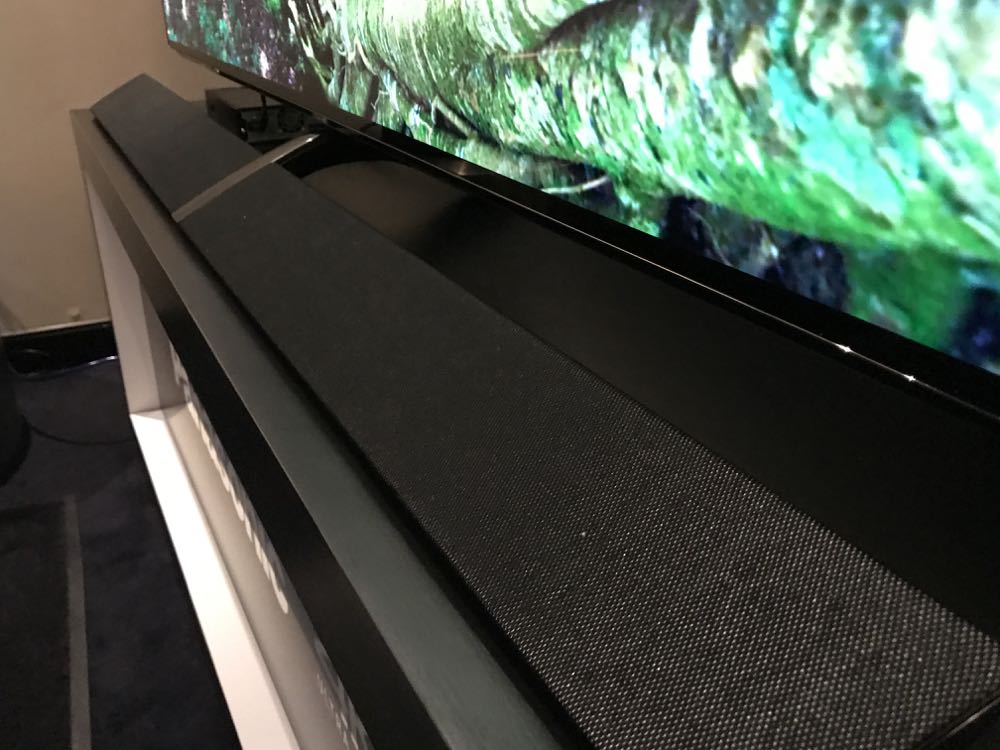 Panasonic has worked in Hollywood for decades allowing filmmakers to deliver on their vision. They have now used that technology to bring that same vision to your home.

The display is also THX certified which means it had to pass 400 THX lab tests in 30 categories to receive this endorsement and reflects Panasonic’s standards in pursuit of perfection. 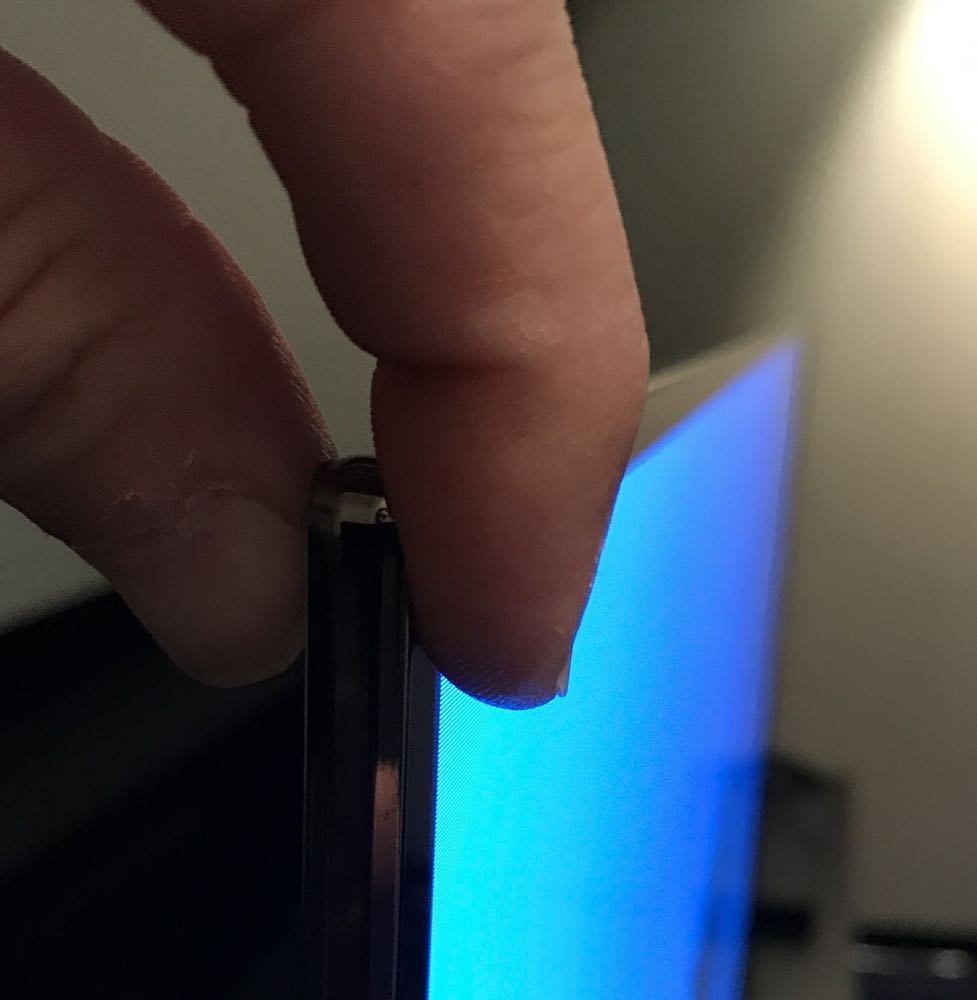 Tech Guide has reviewed the Panasonic 4K OLED TV and we were amazed by the absolutely stunning picture quality.

With virtually no bezel to speak of, the screen grabs your attention and never lets go.

We watched several 4K movies on disk and on Netflix. The Blu-ray Discs we watched were also upscaled impressively to 4K as well.

Black levels are already superior but Panasonic takes that even further with its Absolute Black Filter which can reduce reflection and provide more accurate blacks. 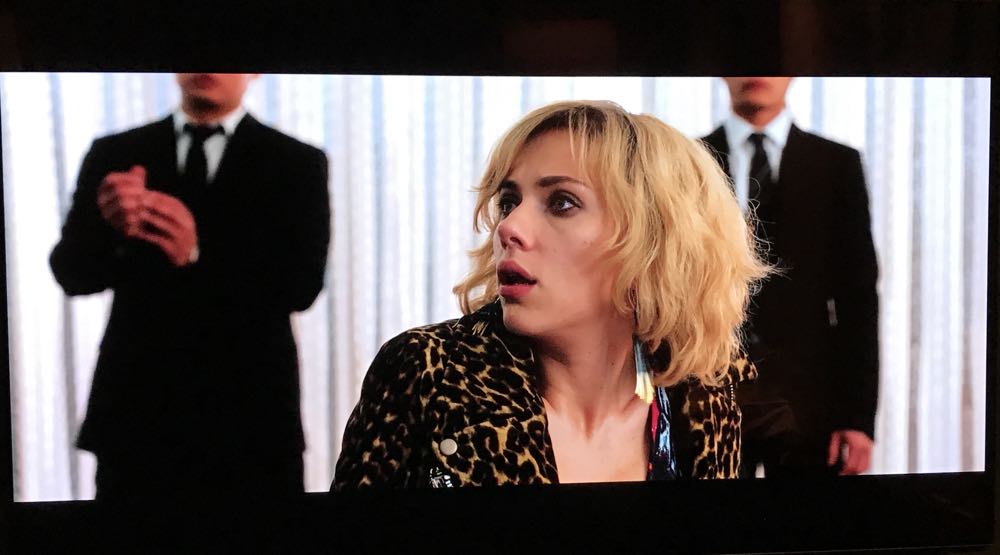 This was immediately evident when watching 4K discs –  the blacks drew us into the TV instead of providing a mirror effect and reflecting the room.

This feature also helped enhance the detail in the darker parts of the screen making it easier to distinguish objects in those scenarios.

This is a system that has been perfected thanks to Panasonic’s experience in the professional broadcast equipment space. 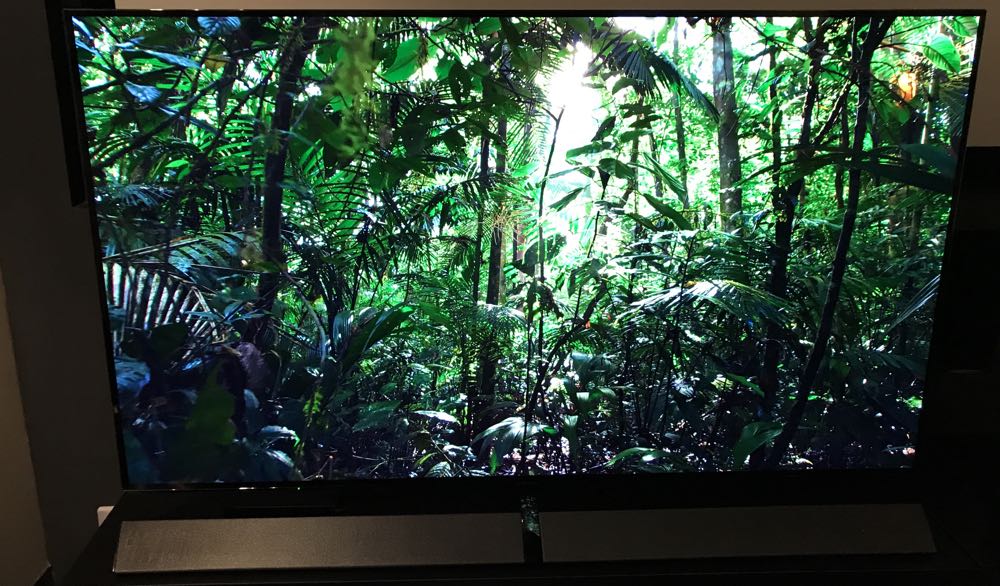 Colour on the Panasonic 4K OLED TV is remarkably lifelike and natural. It doesn’t try to overdo it and pump up the colours to try and exaggerate the quality.

The strength of this TV is knowing what looks right and pure.

We were able to appreciate the clarity and sharpness that 4K provides whether we were watching a feature film, a documentary or a streamed movie on Netflix.

And with HDR support, the colour and contrast range was also superbly handled to draw us even deeper into the image.

We could not fault the picture quality. 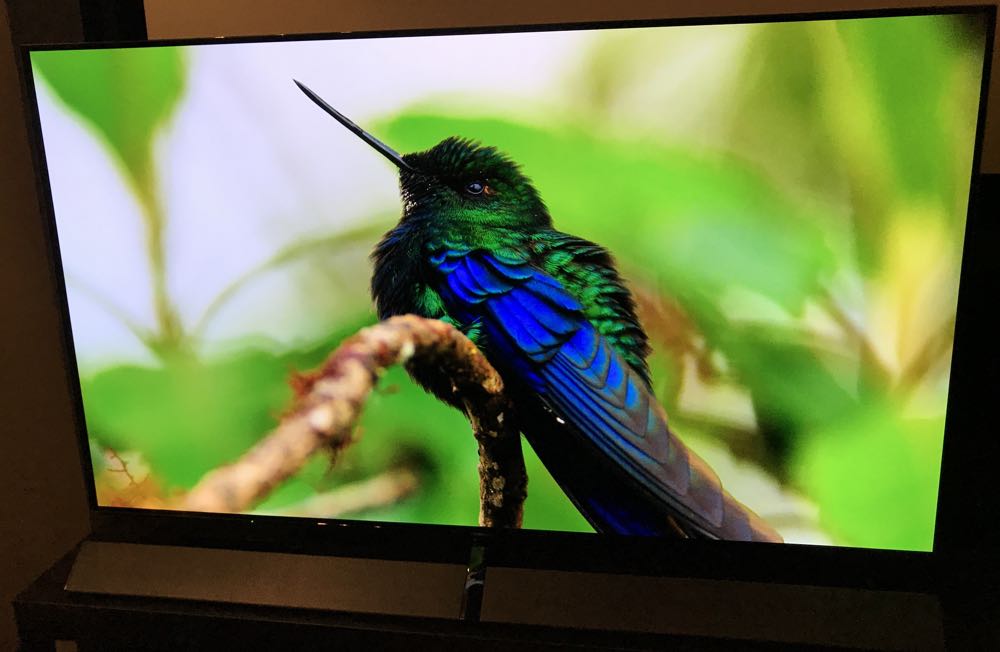 On the audio side, the television’s dynamic blade speaker is tuned by Technics engineers and houses 14 speaker units –  made up of eight woofers, four squawkers and two tweeters as well as a quad passive radiator for bass.

The bass could have offered a little more but the overall the sound was still way above average for a television.

It would have been great if the speaker could also offer Dolby Atmos –  three-dimensional soundtrack which is now common on the latest film releases.

Of course, the Panasonic TH-65EZ1000U 4K OLED TV is also smart and provides easy access to on demand services as well as streaming options with Netflix and Stan.

Panasonic also has other OLED TVs in its range including 4K OLED TH-65EZ95OU which offers excellent picture quality but doesn’t include the dynamic blade speaker priced at $6,599.

Panasonic’s expertise in creating high-quality TVs with fantastic picture quality and the new OLED format is a magical combination and has been brought together beautifully with the TH-65EZ1000U 4K OLED TV.

When it comes to making TVs, Panasonic has a tremendous heritage and record for innovation and are now applying that vast knowledge to its latest range of OLED TVs. OLED offers so many advantages including a razor thin form factor, unbeatable black levels and truly dazzling colours. And Panasonic has delivered all these things with its new 65 inch 4K OLED TV (Model No TH-65EZ1000U) While Panasonic would not confirm it, we are aware the OLED panel on board the TV was manufactured by LG Displays –  the world’s only OLED supplier for screens over 30-inches. They also supply OLED…
Panasonic TH-65EZ1000U 4K OLED TV review – a magical combination
Panasonic TH-65EZ1000U 4K OLED TV review – a magical combination
Stephen Fenech

CONS: Bass could have been better, no Dolby Atmos.

VERDICT: Panasonic’s expertise in creating high-quality TVs with fantastic picture quality and the new OLED format is a magical combination and has been brought together beautifully with the TH-65EZ1000U 4K OLED TV.