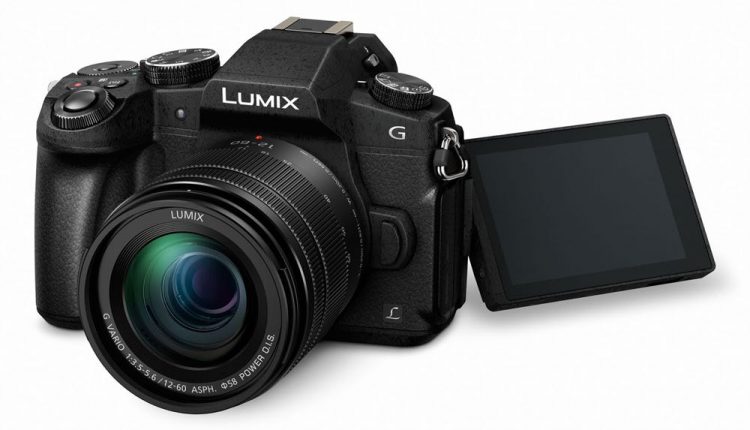 Just by coincidence, a Facebook friend asked for a suggestion for a Micro Four Thirds camera with 4K capability in a compact form factor and, being familiar with the Lumix line of products, I suggested the G85 might be worth a look.

After having a loaner for a short while, I think I can upgrade the suggestion to a recommendation.

While it’s by no means the most compact camera in the MFT field, the G85’s 4K capability, along with its many other features, packaged into a body priced under $1500, offers a pretty tasty deal.

Before going any further, however, it’s worth noting that all testing of the camera was done with a DG Nocticron 42.5mm f1.2 lens, which I am thus far convinced is the finest prime lens available in the Lumix line-up.

This bears mention because, as I’ve written previously for Tech Guide, the most critical component of an imaging system is the lens in front of the sensor.

A good lens such as the Nocticron will make a good imaging sensor and processor shine to their fullest potential.

I’d just like you to remember that should you decide to buy the G85 as a kit bundled with one of the lesser quality zoom lenses. 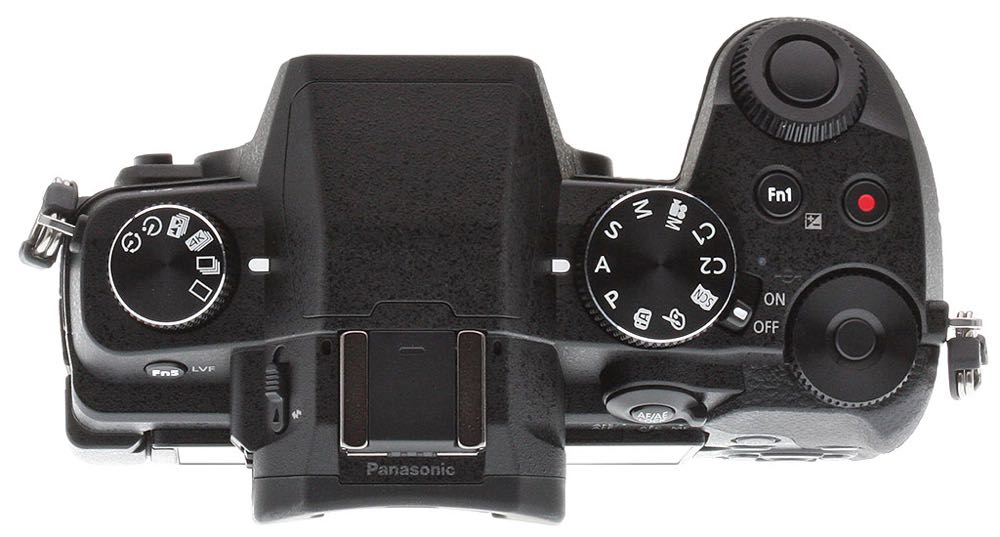 Right, with that said, let’s cover off the basics.

Feature-wise, it’s packed to the rafters. Five-axis image stabilisation, flip-out/swivel display with touch control, programmable function buttons, a full suite of capture and AF modes, programmable function buttons, the ever-impressive Intelligent Auto mode, and a logical control layout that’s not too challenging to come to grips with, though as usual the “in-hand” feel can be a bit awkward for users whose large-ish hands might render them a bit ham-fisted.

It also features the “Post Focus” capture mode, something I’ve been dismissive of previously because, frankly, it seems like a solution looking for a problem.

Here’s how it works. Switch into Post Focus mode and when you press the shutter, the camera captures a short movie clip, with the focus being set differently for each frame.

This delivers an image sequence that you then scroll through to select your image to save. I tried a number of tricky focusing challenges before finding Post Focus to be very useful when shooting a planter box full of petunias.

The problem with a frame filled with a box full of flowers is it can be tricky to compose using selective focus as the compositional method, which is something you’re very likely to do with an f1.2 lens such as the Nocticron.

You might find yourself not sure whether to bring a far petal cluster into focus or one nearer the lens.

Switching in to Post Focus enables a very quick way either to pick the best focus option, or use the image sequence to help you decide which selectively focussed shot presents the best composition, after which you can switch back to your preferred shooting mode to capture the image for the best quality post-processing.

If that sounds at all confusing, I apologise. It’s never easy to describe a problem in need of a solution. I hope you get the idea.

It’s a feature I once thought was a bit useless but I’ve proven myself wrong.

Some shooters will find it a godsend, others will overlook it.

The five-axis image stabilisation in the G85 is remarkable.

You probably don’t need to shoot at 1/10 sec too often but it’s nice to know you can count on the IS to do its job.

In finding how slow a shutter speed I could use with a handheld shot, I started out at ISO 6400 and worked my way down to ISO 400.

Acceptable image noise is a subjective thing but, personally, I found the image unacceptable above ISO 1600.

This has been a continuing character of the Lumix line, so I’m not disappointed. It’s another good reason to buy a fast lens.

The G85 has so many features – features that fully reveal themselves when you mine through the menu options – that I suspect the ol’ Microsoft Word 80/20 rule will apply being that 80 per cent of the time, you’ll use only 20 per cent of the features.

For instance, the ability to define a tone curve before capture is a brilliant feature.

Again, as before, I’m going to use the opportunity to implore other makers to include this feature.

Of course, you need an advanced sense of digital photography processes to put it to work, so I suppose the least that can be said is that here’s a camera that will respond well to a broad range of users.

In fully auto mode, image captures are very good but with some closer application of the camera’s features users should grow their options and their skills.

Speaking of auto mode, Panasonic’s Intelligent Auto continues to impress and if you look at the image of the graffiti wall accompanying this article you’ll see why.

The fullest extent of the camera’s dynamic range is on display, which demonstrates well the G85’s ability to analyse a scene, with deep shadow and bright highlights recorded as accurately as you might hope for with such a small sensor.

So, how is the image quality? Very good, actually. At low ISO the G85 delivers clean, crisp images of excellent detail from its 16-megapixel image sensor that, at full quality RAW setting, come off the card at 4592x3448px (in 4:3 aspect ratio, high quality setting).

And handling? I will never get over the way Lumix cameras shut down the rear display when you wave a hand across the back of the camera, as you do when reaching to use the touch display with your right hand with the camera held in your left.

The fix is simple, of course. You learn to switch hands. Simple, right? Agreed, yet it means I have to adjust my camera handling habits when a Lumix lands for review.

If this is your only camera, no issue. If not, it’ll drive you batty.

And that, friends, is pretty much the only issue I have with the way the G85 handles, which makes it almost embarrassingly petty to even bring it up.

Performance? Little to complain about here, too.

Using constant auto-focus in video mode leads to a bit of hunting, especially in a panning shot, but it does settle down.

Whether that’s a result of continual scene analysis during capture, I don’t know, but if you use it, plan your shot to give the camera a chance to settle.

Battery-wise, things are good. I hammered the camera for about four hours solid as I worked through its features and there remained about 25 per cent charge.

That’s better than other models I’ve tried and with the touchscreen display, which is a joy to use, used through all that time.

I reckon Panasonic has really nailed its displays, though they remain difficult to use in bright sunlight. 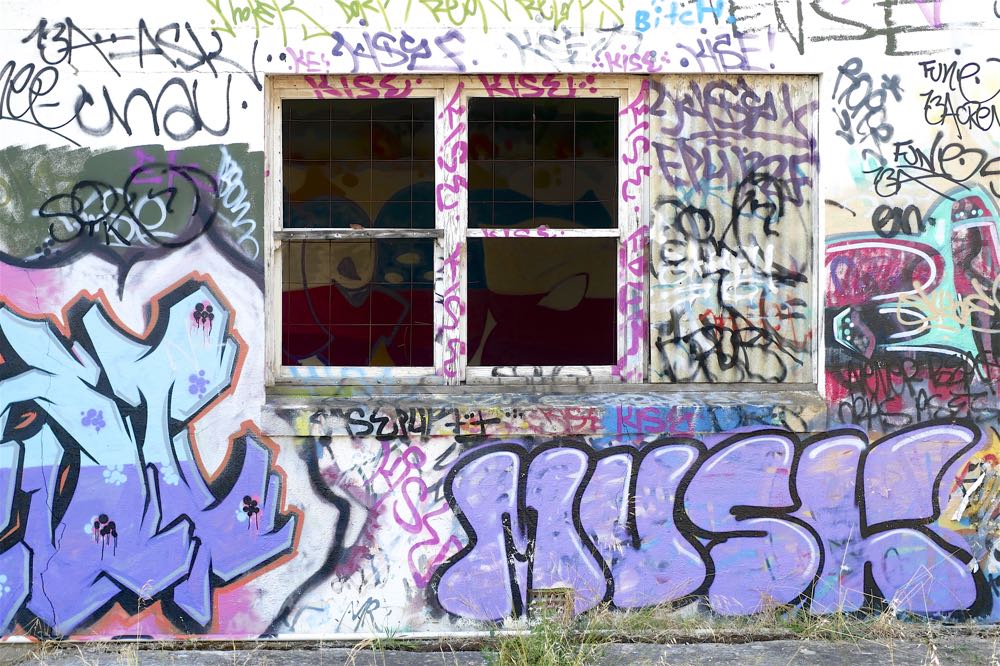 There is one other consideration you really need to know about. As of writing, Lightroom doesn’t support RAW files (RW2).

I believe Adobe is working to resolve this. It’s no biggie, really. Just something to bear in mind before you import for the first time from the G85. You can open RW2 files in Photoshop (latest CC version, in any case) so until Adobe patches Lightroom to support RW2, you’re stuck with a workaround of your own making. (I’d suggest copying the whole DCIM folder from the card to your drive and work with a selective file/folder import from there.)

You will definitely want to shoot the RAW file, I can tell you.

The in-camera treatment of JPEG files is aggressive, as seems always to be the case with Lumix cameras, leading often to unrecoverable blacks that otherwise are at your disposal in the RAW file. If you’re like me and dig your blacks, shooting RAW on the G85 is a no-brainer.

All you kids who like that contemporary travesty of washed out, overexposed, unsaturated images with sun flares and ludicrously placed out of focus elements?

Well, you guys have less to worry about.

Also, here’s a gotcha you may want to keep in mind.

The SD card supplied with the G85 had a too-slow write speed to cope with the 100Mbps data rate when shooting in 4K.

The camera knew this, which is why it hid the 4K option from the movie quality settings.

It took a while to realise what was going on and I swapped in one of my own (faster) cards in order to capture some 4K vision.

I tell you this so you don’t walk away from the camera store with an inadequate card for 4K captures, only to have to return another day.

Indeed, you should keep the cost of one of these cards in your budgeting considerations. The very fast ones are not cheap.

That said, if you don’t have a 4K television to plug that card into, you’re probably just making a rod for your back and needlessly so.

The G85’s Full HD video is excellent. Of course, one day you will have that 4K TV, right? And when that day comes, you’ll be chuffed about reliving the scene with all that lovely detail.

CHRIS OATEN IS A PROFESSIONAL PHOTOGRAPHER with INSIGHT VISUALS

The G85 is a great all-rounder. I won’t gild the lily any more that, other than to suggest your budget should extend to putting some quality glass on it.

PROS: Excellent 5-axis stabilisation, good intelligent auto mode, shoots great 4K video. CONS: Post Focus mode - a problem in need of a solution, included SD card too slow too cope with shooting 4K. VERDICT: The G85 is a great all-rounder. I won’t gild the lily any more that, other than to suggest your budget should extend to putting some quality glass on it.