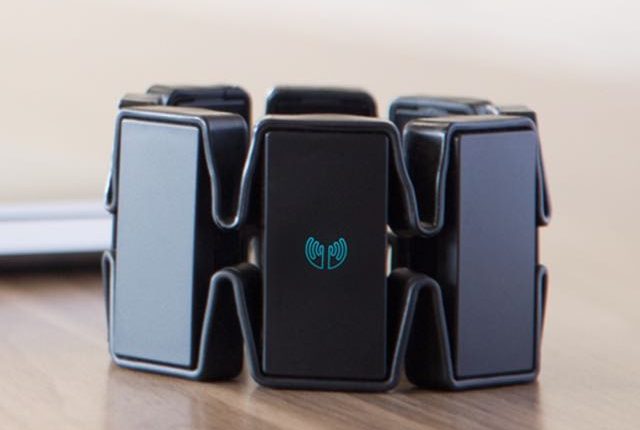 There have been many attempts to create an input device that makes it easier to interact with our computers and devices. We’ve already got keyboards, a mouse and touchscreens but Thalmic Labs has created an all-new way to control our devices, the functions they perform and the apps they run.

It’s called Myo and it’s an armband that reads the electrical activity in the muscles in your forearm to wirelessly control your computer, smartphones and a number of other gadgets.

Myo can provide gesture controls to help you do everything from deliver your PowerPoint presentation, control your music and movie playback and even fly your drone.

Tech Guide obtained a Myo armband for this review – we actually bought it.

The Myo armband, available in black or white, is an expandable band made up of eight rectangular sensors connected by expandable strips so it can stretch to fit snugly on the thickest part of your forearm.

Included with the device is Bluetooth sensor that links your computer wirelessly with the Myo armband along with USB sync cables.

The first step is to download and install the software for your Mac or PC computer before calibrating the armband. 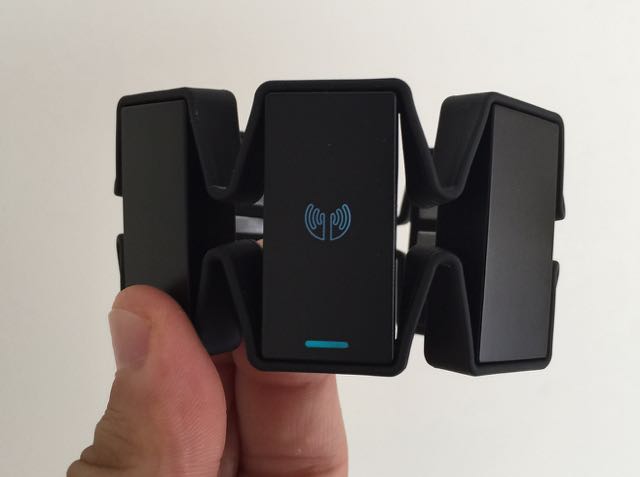 Myo must be worn on your dominant arm – if you’re right handed on your right arm and if you’re a leftie then wear it on the left arm.

It has to sit on the thickest part of your forearm so it can be in the best position to read electrical activity of your muscles.

To connect the Myo to your computer and calibrate it, you need to perform the sync move – hold your arm like it’s in a sling, angle your hand out and then rotate your arm at the elbow like the motion of a door opening. 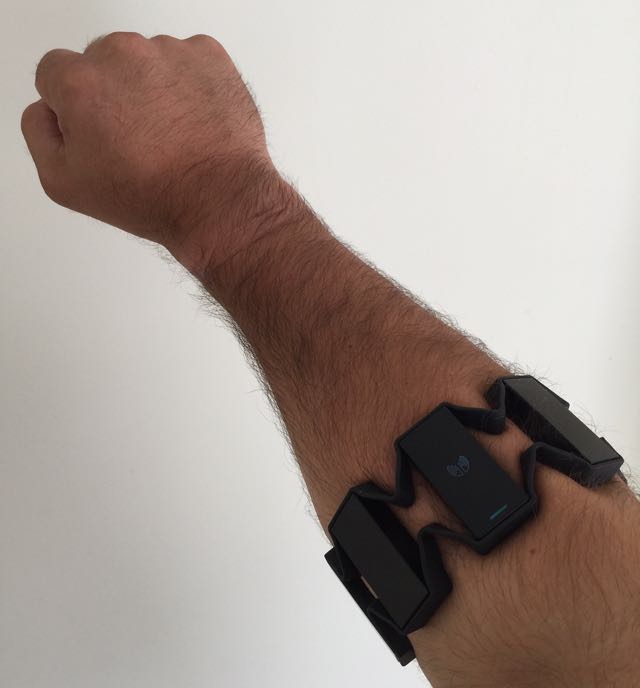 It took a few attempts to get the motion right. The trick is smooth gestures rather than sudden jerky movements.

This way you’re getting the subtlest readings from your muscles. The good news is you don’t have to make wild gestures for Myo to work.

Once you’re done you should feel a vibration on your arm to tell you the armband is connected. 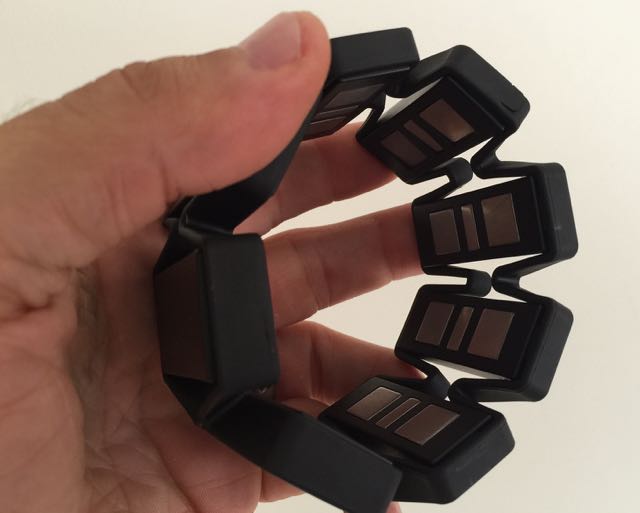 Thalmic Labs has built a section of its website offering plug-ins that will allow the Myo armband to work with some of the most popular products and applications.

There are plug-ins for Gmail, Spotify, Apple Maps, Skype, GoPro cameras, the Safari browser and Minecraft just to name a few.

With the Myo on your arm there is a constant Bluetooth connection but to wake up the device and prepare it to receive a command you simply double tap your middle finger and thumb together.

When you do this you can feel the Myo vibrate and await your next gesture. If you’re making a few gestures one after the other you don’t need to do the double tap. 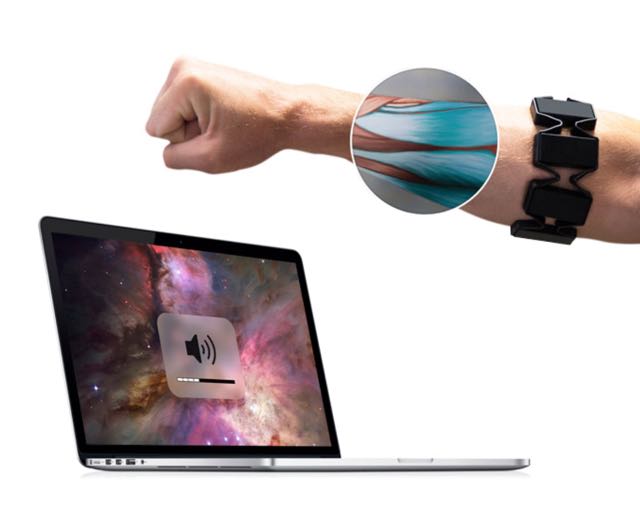 But if you haven’t made a gesture for a little while then you’ll need to do the double tap to wake it up.

You can even control the music or movie you’re watching on iTunes, on Netflix, with VLC and on Spotify with Myo.

To pause or play simply spread your fingers, wave right or left to fast forward and rewind and make a fist and turn your hand to control the volume. 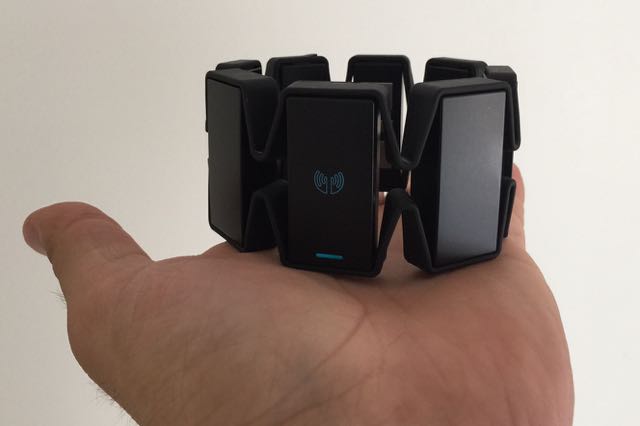 In a smarthome, Myo can be used in a few different ways from controlling your TV to the lights and the heating using the basic gestures.

You can also link the Myo armband to your iPhone or Android smartphone and control music and movie apps so you don’t have to use the touchscreen and keep your hands free.

Myo also works with products like Parrot drones and the ball-shaped robot Sphero so they can be controlled simply by moving your arm.

And there will be more and more apps and devices that will be included into the Myo ecosystem. It’s still early days but it’s certainly looking bright.

The Myo armband is still quite a new product and when Tech Guide first received it it worked most of the time and at times it was non-responsive.

But since a significant firmware update, the Myo armband is working a lot better plus we’re getting better at using it.

It gives users more freedom when using their devices and apps which translates into more convenience, ease of use and becoming one with whatever you’re doing.

The device on our forearm did feel a little tight and when we took it off it left marks on our arm. 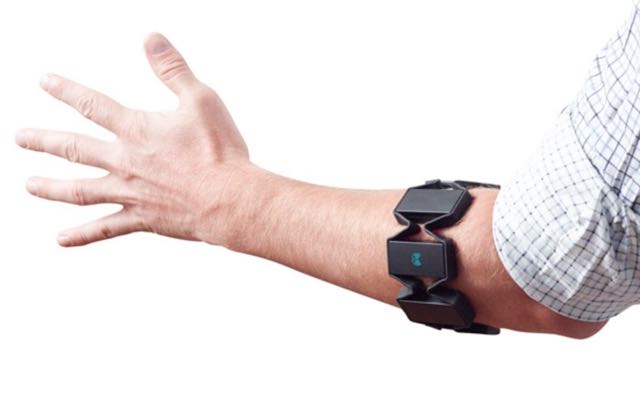 It can stretch quite a bit and also be tightened with the additional clips in the box if the Myo feels a bit big for your arm.

It’s not exactly the smallest product in the world and we’re sure it will shrink with each generation. And the reliability will improve as well.

But in the meantime you still get impressive control over the devices and apps we use everyday which can make a real difference in our lives.

The technology and the product are both equally impressive and it is something we’ll be hearing a lot more about in the future.