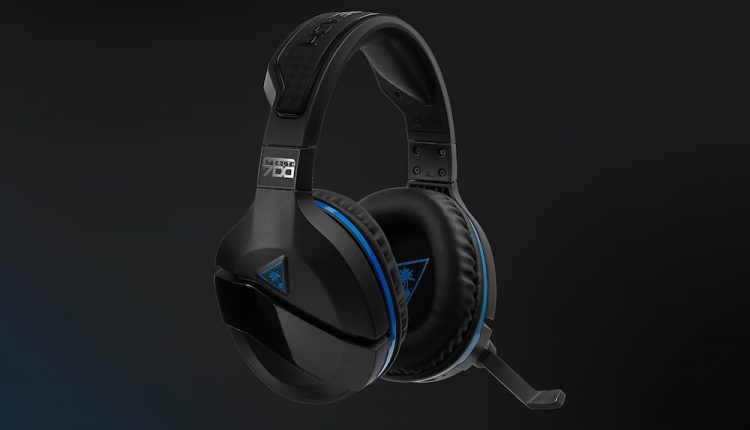 The Turtle Beach Stealth 700 Headset is an essential tool for serious gamers who want to have the edge on their opponents.

If there’s one thing you need when playing a competitive online game it’s focus. You need to keep your eyes open and your ears open. What really helps with the latter is the Turtle Beach Stealth 700 Headset.

And these gaming headphones are also wireless and connect to the PS4 (there’s a version for Xbox One as well) via the Bluetooth dongle which plugs into one of the console’s USB port.

For our review we got hold of the Turtle Beach Stealth 700 Headset for PS4 which has blue logos and styling on the mainly black headphones.

The Xbox One version has the green logo and styling to match that device.

On the left earcup are all the controls, charging port and the microphone. 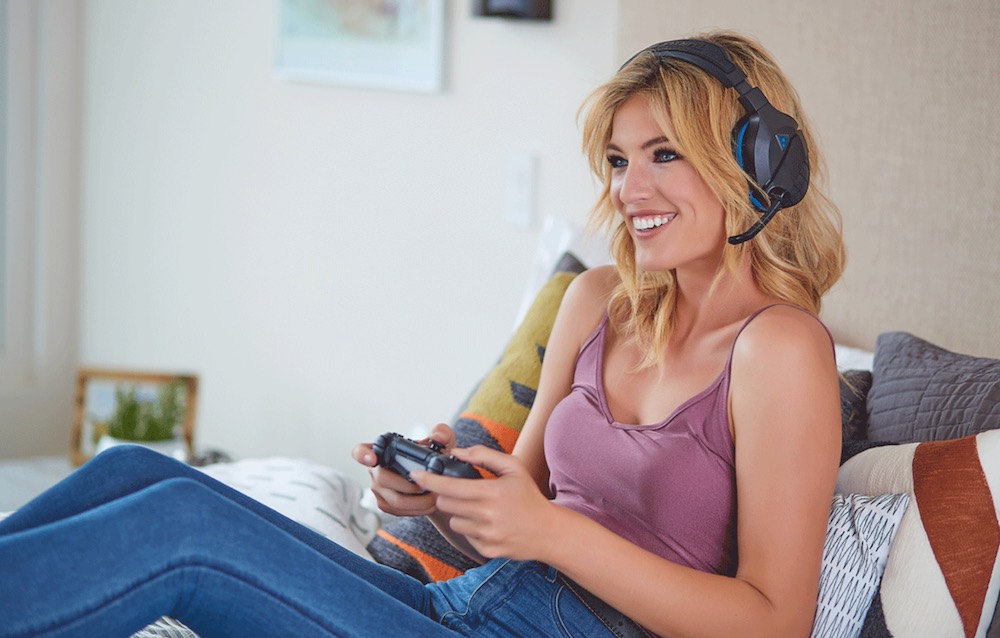 The On/Off button and Bluetooth pairing button are large enough to find with one hand and activate while you’re still wearing the headset.

There are also dedicated volume controls – one for the game sounds and for chat. You can even control the volume of your own voice in the headphones.

Each ear cup has a 50mm powerful speaker while the flip-up high sensitivity microphone can pick your voice clearly to ensure you’re heard.

And when you’re just listening, the microphone can flip up and actually blend onto the Turtle Beach headphone’s design. 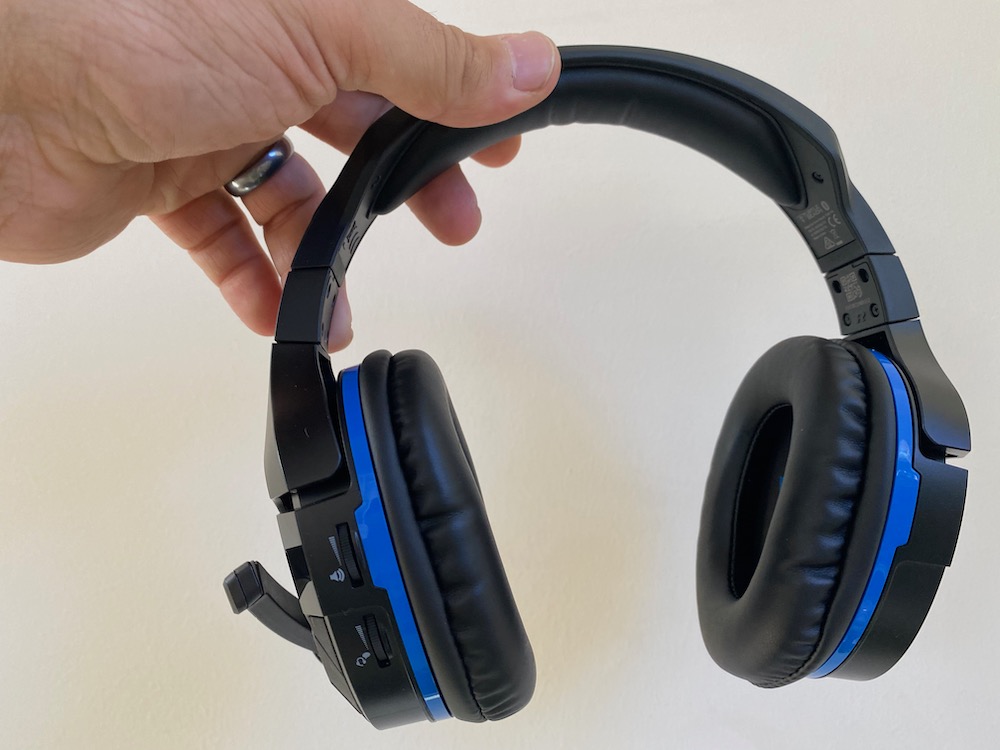 Speaking of design, the Turtle Beach Stealth 700 Headset look a little bulkier than regular  Bluetooth headphones made to listen to music.

There are comfortable ear pads which offer the same comfort in hour one of gaming to hour five and beyond.

Now the latest games – we reviewed the Turtle Beach Stealth 700 Headset while playing the new Call of Duty: Modern Warfare – have a rich and detailed soundtrack. 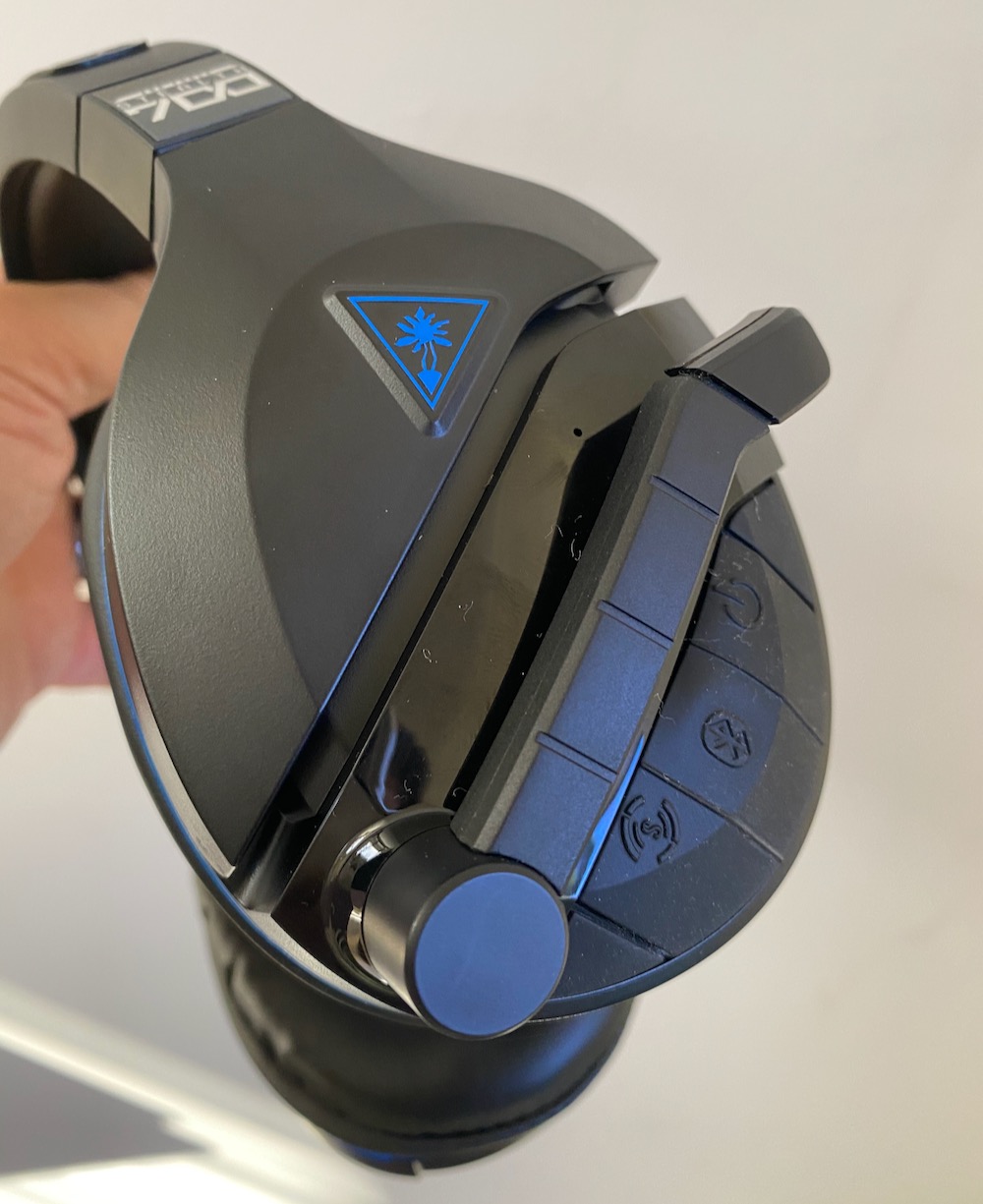 It’s not just movies that get the great music and surround sound and sound effects.

The latest games offer a beautiful cacophony of sound that’s as good as any movie. 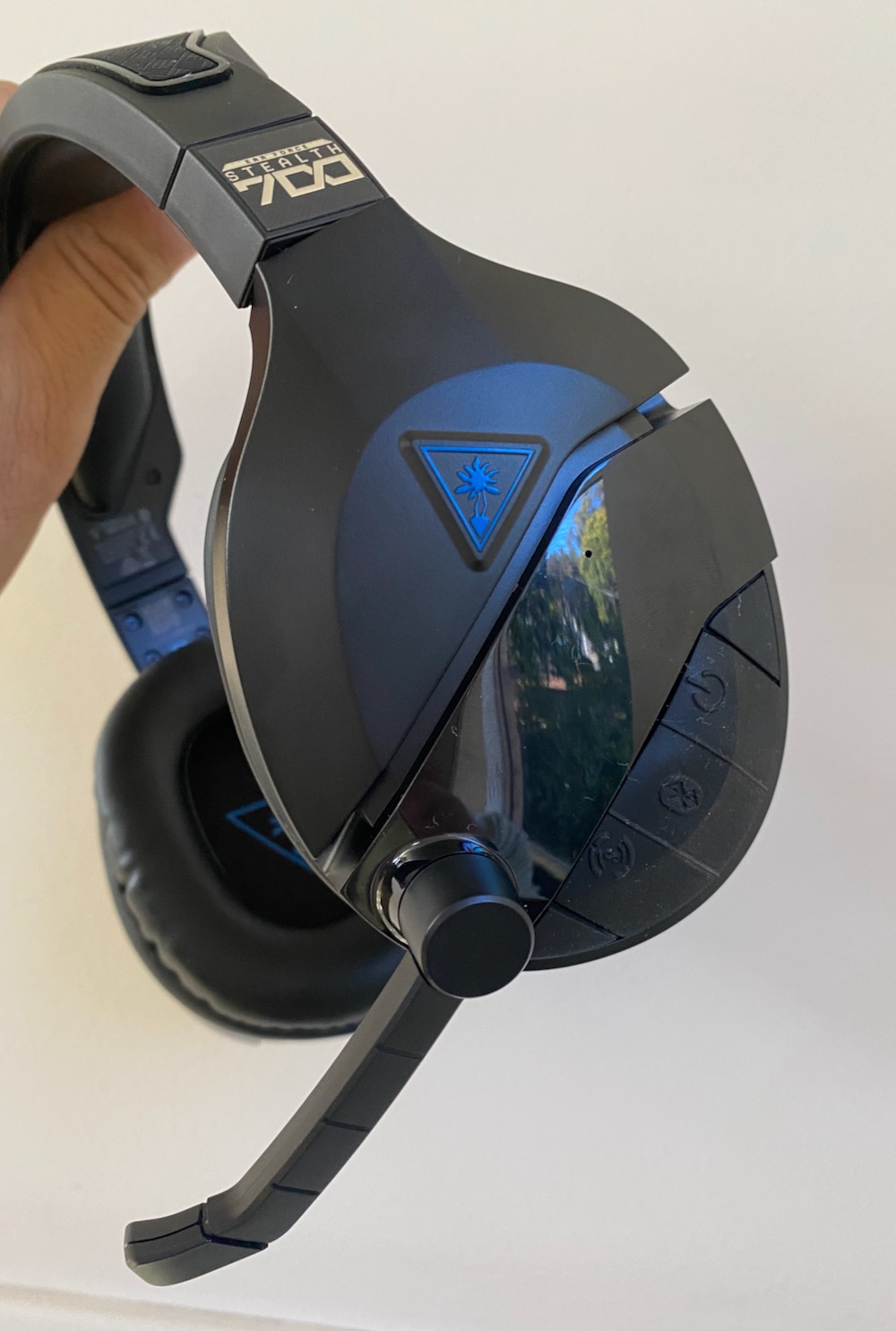 Now when you’re playing online competitively being able to hear your surroundings is the difference between life and death.

With the Turtle Beach Stealth 700 Headset you get 7.1 channel surround sound and 3D Audio so you can hear everything going on around you.

And because the channel separation is so good even while wearing headphones you can hear where the sounds are coming from. 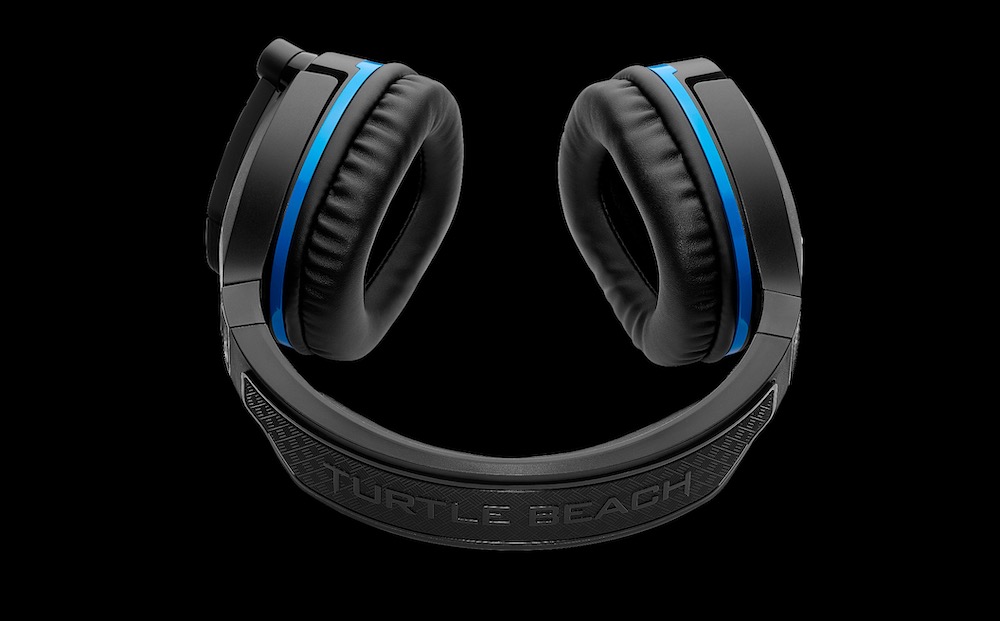 Footsteps coming up behind you is usually the enemy so now you can easily hear them and not be caught by surprise.

The sound quality is also amazing and that quality really punctuates the game with immersive audio across a range of frequencies and with awesome bass for all those explosions as well. 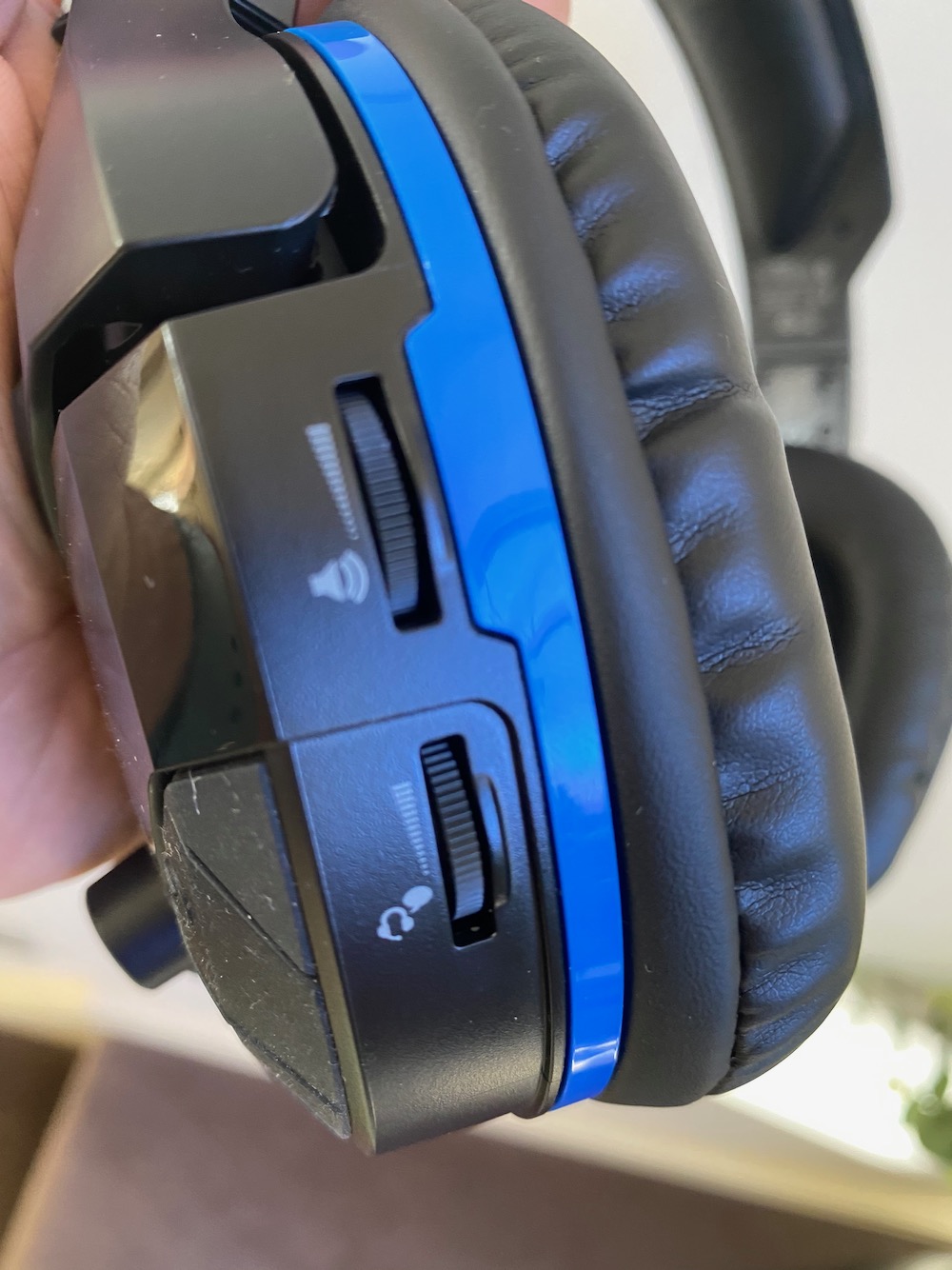 There is also a companion app that works with the headphones and from here you can set various modes and equaliser presets like Bass Boost, Signature Sound, Treble Boos and Vocal Boost.

The Turtle Beach Stealth 700 Headset also have active noise cancellation so all the sound around you is sucked out the room so you can focus on your game.

The ANC is so good – there was more than one occasion where I couldn’t hear my wife calling me. That’s how good they are. 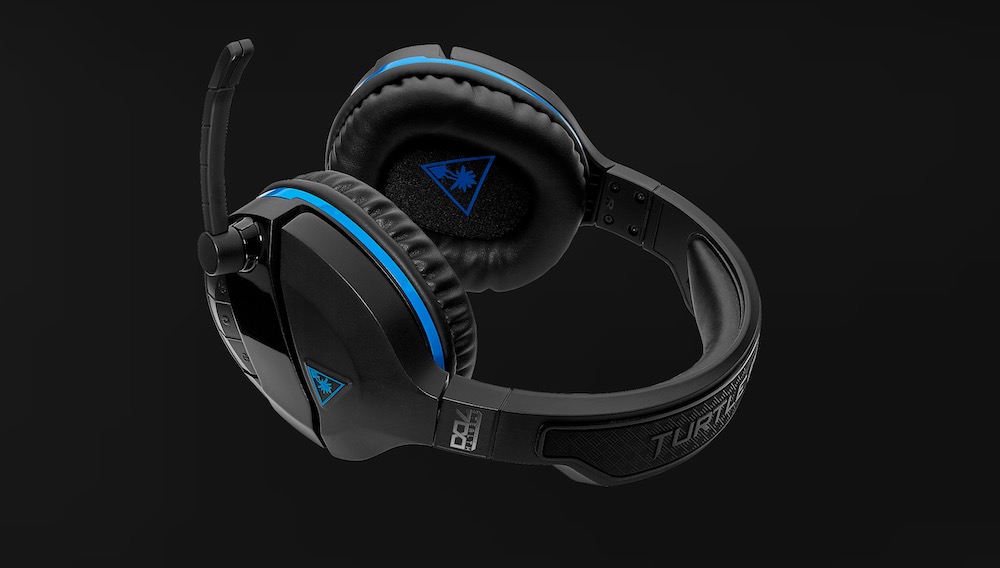 Another exclusive feature for Turtle Beach is Superhuman Hearing – a feature that can give you the competitive advantage when making split-second in-game life-altering decisions.

And you’re not just stuck with using the Turtle Beach Stealth 700 Headset for just gaming.

The headphones can be used with smartphones, tablets and computers as well.

Battery life on a single charge with the onboard 1,000mAh lithium polymer battery will be up to 10 hours – that’s plenty of time to play a few games.

The Turtle Beach Stealth 700 Headset is an essential tool for serious gamers who want to have the edge on their opponents.