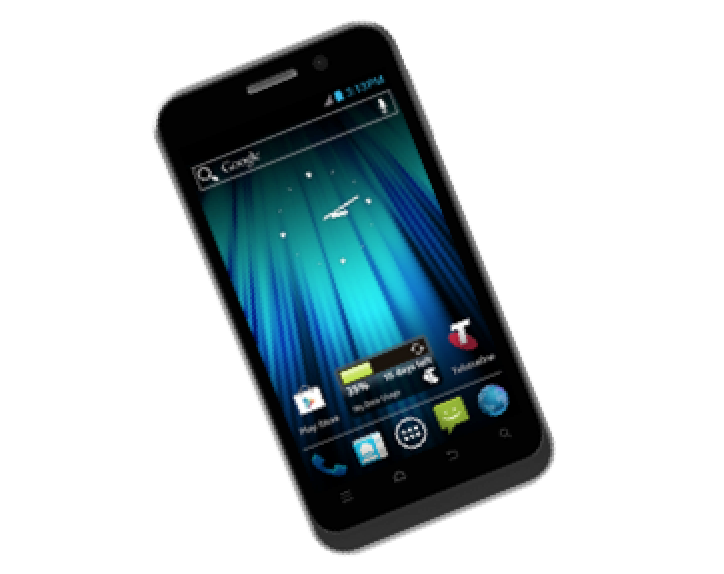 Telstra’s new pre-paid Urbane smartphone, with a 4.0-inch touchscreen and running the latest Android 4.0 operating system, is priced at just $149.

The device, the T22 manufactured by ZTE, is available exclusively at JB Hi-Fi stores.

It comes with a $10 pre-paid SIM card and runs on Telstra’s fast and reliable Next G network.

The Telstra Urbane is aimed at the customer who may be buying their first smartphone, parents who are looking to buy a mobile for their child or anyone who’s after a good value device.

The Urbane T22 has a 4-inch capacitive touchscreen with a front-facing camera and touch sensitive buttons – menu, home, back, search – below the screen.

On the top edge are the 3.5mm headphone jack and the on/off/lock key while the left edge has a micro USB charge/sync port and volume up and down on the right side.

On the back of the device is a 3-megapixel camera with LED flash.

Telstra’s Urbane is a “just right” sized phone – larger than many entry level smartphones but not so large that it will hardly fit in your pocket.

Out of the box the Urbane T22 is running the latest Android 4.04 operating system which includes access to Google Search, Gmail, Google Maps, Calendar and YouTube.

Apps can also be downloaded from Google Play Store with some of the most popular social networking apps like Facebook and Twitter pre-loaded on the device.

Part of the user interface is a new unlock feature.

A long press on the lock screen will provide access to the home page whereas a single swipe will present shortcuts to the various functions including phone, messages, camera, email, calendar and silent mode.

And being Android the home pages and layouts are easily customisable.

The device has 4GB internal memory but there is a microSD slot which can allow users to expand that capacity by up to 32GB.

The 4.0 inch touchscreen has a resolution of 480 x 800 which may not have the same pixels per inch as the Samsung Galaxy S III and iPhone displays but it is still quite sharp and clear and great for web browsing and enjoying your apps.

Powered by a 1Ghz processor, the Telstra Urbane is quite a snappy phone with apps opening and closing fast as well as quick switching between apps and home pages.

The 3-megapixel camera produces images that are good enough for sharing with friends and on social networking sites but don’t expect them to be good enough to print out.

Battery performance is quite impressive and during our testing we easily managed a full day before needing to connect the charger the next morning.

But the best feature of the Telstra Urbane is the price. At just $149 for an outright purchase, the device features most of the features you’d expect to find on a smartphone that costs four times as much.

The Telstra Urbane is a smartphone that offers a range of features at a remarkably affordable price.

This device punches well and truly above its weight and is ideal for those looking for a good value device that still meets all of their needs.