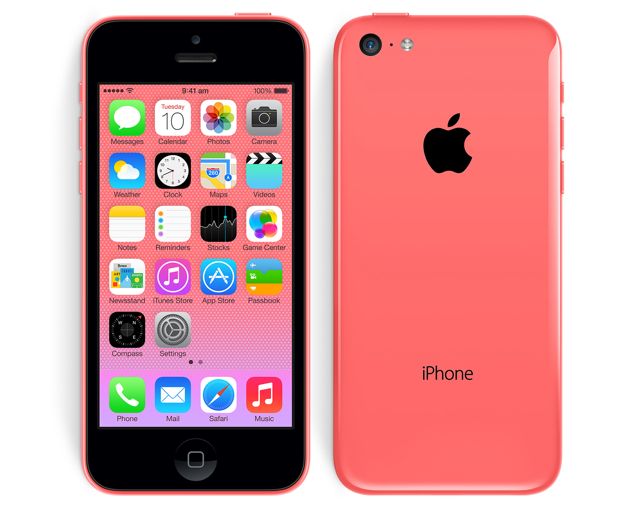 The iPhone 5C is the second of two iPhones released by Apple this year and proves that plastic doesn’t have to equate with lower quality.

When the iPhone 5C was unveiled it was described as being “unapologetically plastic”.

But the second we held it in our hand for this iPhone 5C review it didn’t feel cheap. In fact it is surprisingly high quality.

It’s actually made of colourful polycarbonate that’s bright and glossy and feels solid in your hand.

The iPhone 5C’s plastic outer shell is supported by a steel inner frame so the device has some strength behind it. This same steel component also acts as the antenna.

The iPhone 5C was released today along with the top-tier iPhone 5S and harks back to the iPhone 3GS which was the last rounded iPhone made of plastic.

With this new design it’s now possible to tell the front from the back of the device apart when it’s in your pocket or bag.

This model is designed to be the entry-level iPhone which, while not as cheap as many people hoped it would be, will be a popular choice for anyone who may be moving up from an iPhone 4 or the iPhone 4S.

If you already own an iPhone 5 the iPhone 5C is basically the same device wearing a colourful new jacket.

It has the same 4-inch Retina Display, the same 8-megapixel camera and the same A6 processor but it does come pre-loaded with the new iOS 7 operating system that adds an all-new design and a load of new features.

The colour of the iPhone 5C and the wallpaper are also colour matched for an added sense of fun.

There are also six silicone covers which have holes on the back panel to create a colour scheme that has numerous combinations depending on your colour choices.

This focus on colour is sure to be attractive to younger users and anyone else who wants to step away from the traditional grey, black and silver smartphone colours.

On the battery side we’ve noticed since we began our iPhone 5C review that it is slightly ahead of what we experienced on the iPhone 5.

To differentiate the iPhone 5C from the more expensive 5S there is no Touch ID fingerprint and no faster A7 processor and a single flash camera.

Despite being a colourful update to the iPhone 5, the iPhone 5C can still easily hold its own in the smartphones market.

Its makeover and quality construction make it a pleasure to use and the new pre-loaded iOS 7 operating system complements the high quality hardware to create the sort of experience only Apple can deliver.

This will be a popular choice among iPhone users old and new so prepare to see a lot more colours in the streets.