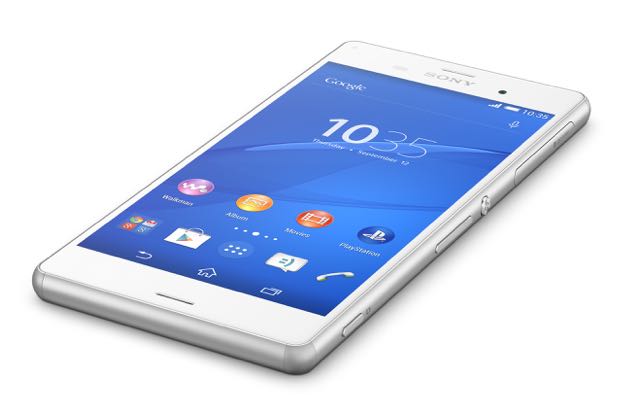 Sony’s new Xperia Z3 smartphone looks great on paper but it’s also great in real life as Tech Guide discovered when we had a hands-on review of the device.

We got our hands on the new Sony hero smartphone during the IFA consumer tech show in Berlin.

The device has the usual high-quality look and feel we’ve come to expect from Sony.

The Xperia Z3 is 7.3mm thick and has a more rounded and smoother look around the edges with the panels covering the microUSB, SIM slot and microSD card slot closing flush with the chassis.

The device has a 5.2-inch full high definition screen that right away impresses you with its quality.

Using Sony’s proprietary Triluminos technology from the company’s Bravia televisions, the Z3’s display is stunning with excellent colour and contrast.

Viewing web pages, our images and videos and using apps was a quality experience on this screen.

The star feature of the Xperia Z3 is still the 20.7-megapixel camera – it might be the same resolution as the camera on the Z2 but the improved Exmor RS sensor allows a lot more light into your images.

This means better pictures in low light conditions. It is the only smartphone camera with an ISO sensitivity of 12,800 so the picture are not only clearer but there is a lot less noise.

One test on the Sony stand at IFA was a box that created low light shooting conditions and, when put up against other smartphones, the Xperia Z3 was still a clear winner with a much brighter image.

Images we took with the Xperia were sharp and bright with vibrant colours.

Other camera features we liked include Multi-Camera so you can connect up to three Sony Xperia Z3 smartphones or a handycam and Action Cam so allow multiple angle of the same event being recording at the same time.

We also liked the Face In feature that allows users to take their own picture using the front camera and include it in the image taken from the main character.

The Face In section can be a square or a circle that can be enlarged or reduced as well as using a split screen.

If you’re a gamer you’re going to have an extra reason to love the Xperia Z3 with PS4 Remote Play.

This exclusive feature allows PS4 player to play the game on their console on the Xperia Z3 screen.

Imagine wanting to play a game but the TV is already being used.

PS4 Remote Play means you can still have your game running on the PS4 but instead of using your TV, the Xperia Z3 becomes your screen and can work anywhere on your home wi-fi network.

And you can even use your dualshock PS4 controller to continue to play your game.

We tried this feature at length on the Sony stand at IFA with an action game and there was no delay or lag whatsoever.

A special mount can position the Xperia Z3 smartphone onto the top of the PS4 controller for a comfortable view.

Now the biggest claim from Sony is the Xperia Z3 has a battery that can last for two days.

Our hands-on review of the device went for a few hours and the battery power only went down by 10 per cent.

We look forward to fully testing the battery’s capability in our complete review of the Sony Xperia Z3 when the product is released on the market in the coming weeks.

It’s a device that’s going to grab a lot of attention.