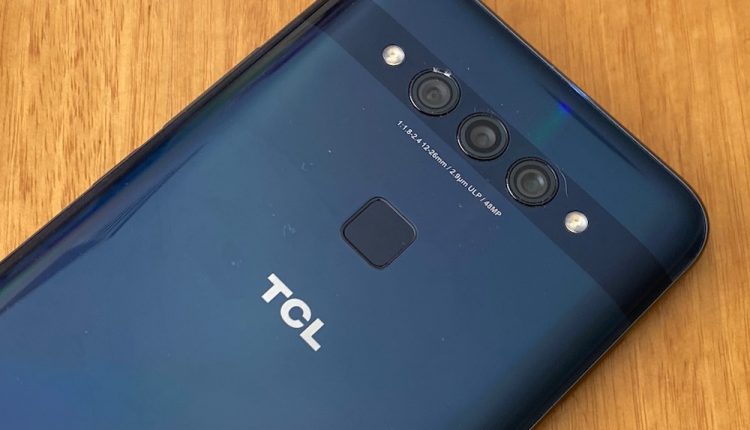 The TCL Plex is an impressive smartphone with a superb display and camera system. The device punches well above its weight with features and design that compares to flagship phones that cost three times more. For its first attempt at a smartphone, TCL has done a brilliant job.

The TCL Plex is one of many mid-tier smartphones but the device manages to stand out from the crowd thanks to a vibrant display, a programmable smart key and an impressive camera system.

TCL is best known for producing high quality and yet great value televisions.

But it is actually the company behind popular smartphone brand Alcatel so it’s not coming into the market without any experience.

In fact, TCL has taken its advanced NXTVISION TV display technology and shrunk it down to the 6.53-inch screen you’ll find on the TCL Plex.

The smartphone actually has a dedicated display engine, an advanced processor and six axis colour enhancement.

So what you get is one of the finest looking displays on a smartphone – not a bad thing considering how much content like video, pictures, apps and websites on the move. 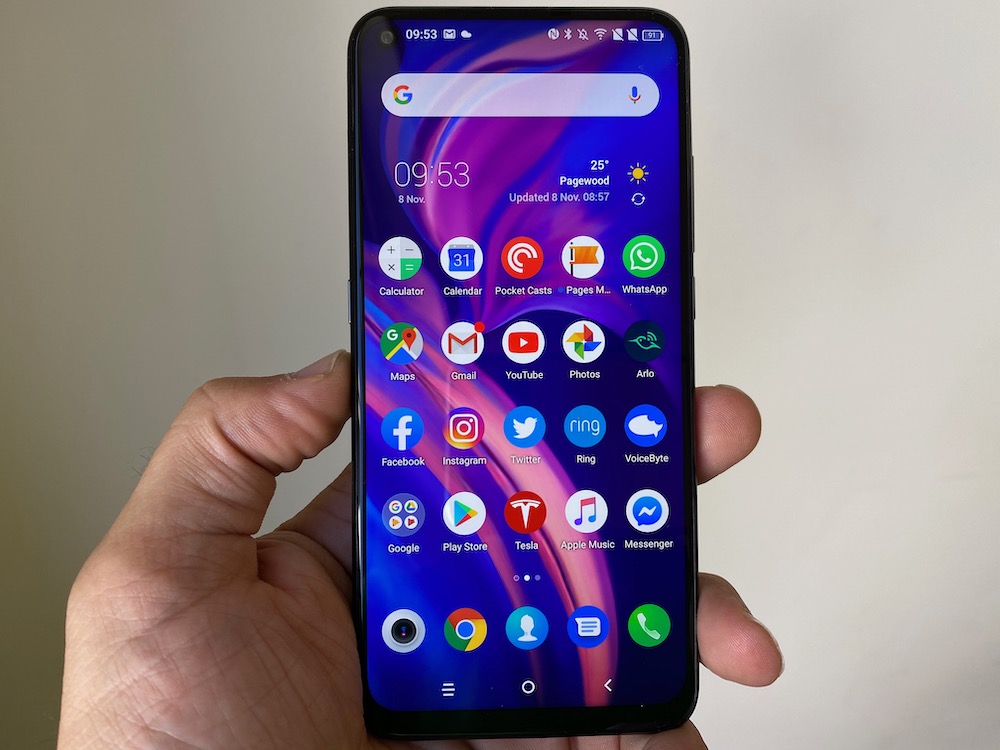 And TCL knows we do so much with that screen and included modes like Reading Mode (so it looks like an e-reader screen) Adaptive Tone which can automatically reduce the display brightness and colour temperature to suit whatever you’re doing and to suit the lighting conditions.

Eye Comfort Mode can remove 66 per cent of harmful blue light from the screen.

On the screen doesn’t have a notch but rather a dotch – a dot notch -in the top left-hand corner for the front facing 24-megapixel selfie camera. 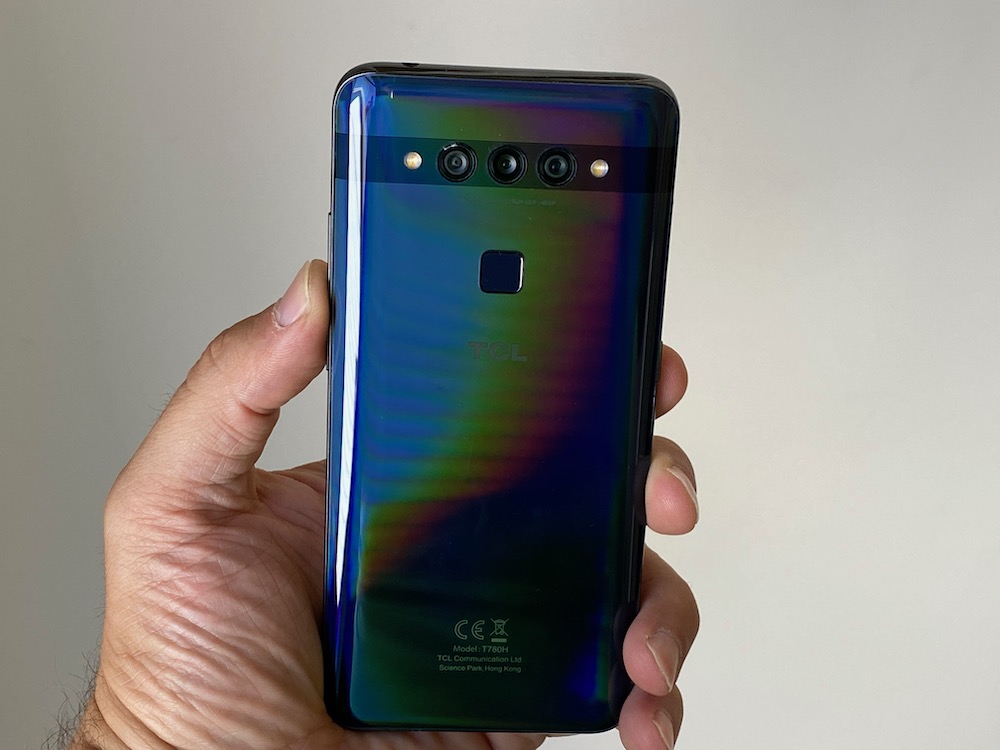 This is probably one of the less obtrusive ways we’ve seen for a smart phone to accommodate the front camera.

On the design side, TCL has done a pretty good job and have brought to the table a slick look with a dual-sides glass body and 3D holographic finish. 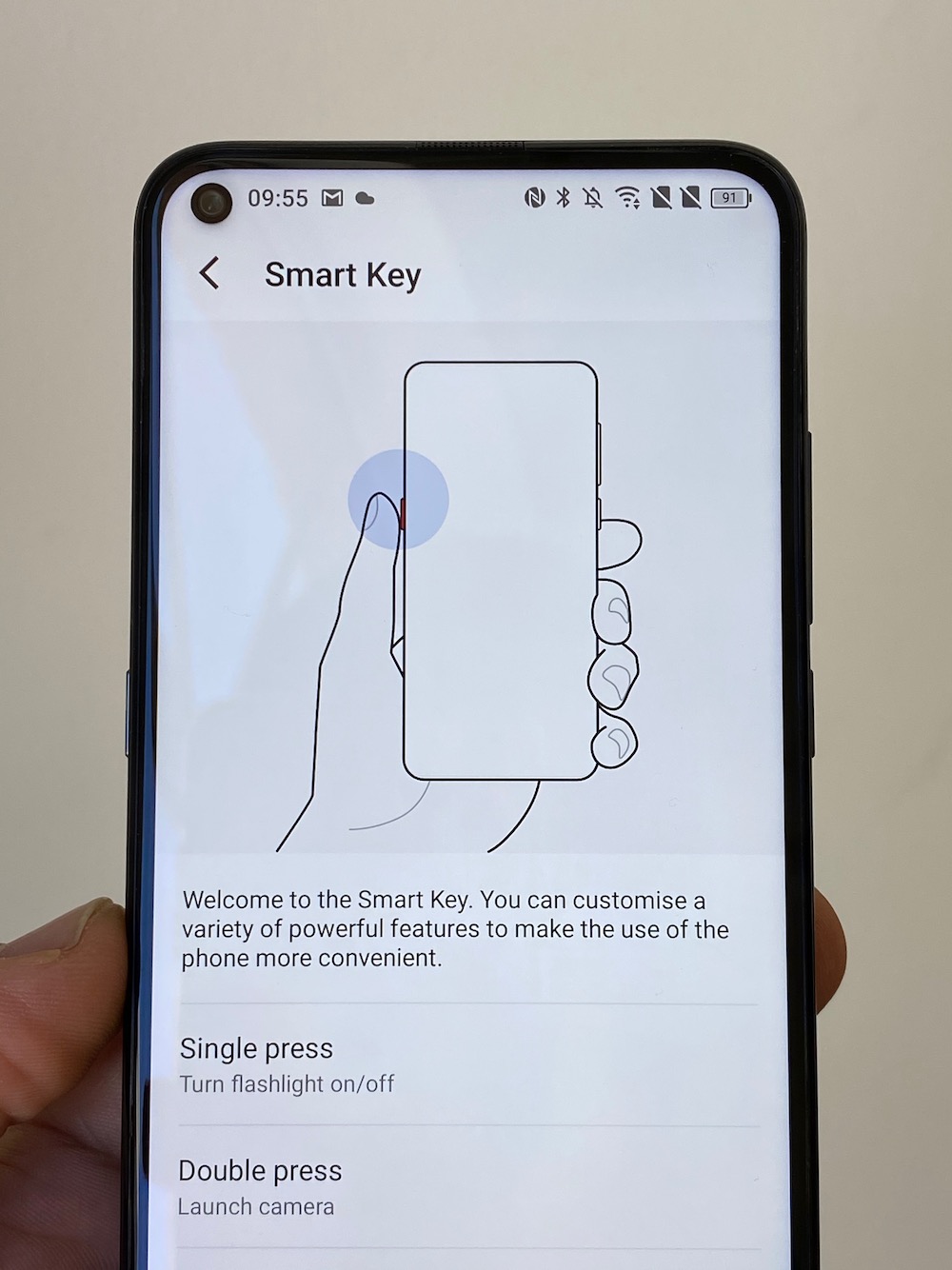 On the left edge is the SIM card tray and the programmable smart key.

This key is real genius  – it allows the users to program three shortcuts – with one long or short press, two presses and three presses.

Each can be assigned with a behaviour – like activating a feature or open an app.

For example, one press might be to switch on the front camera for a selfie, two presses turns on the torch and three presses activates Google Assistant. 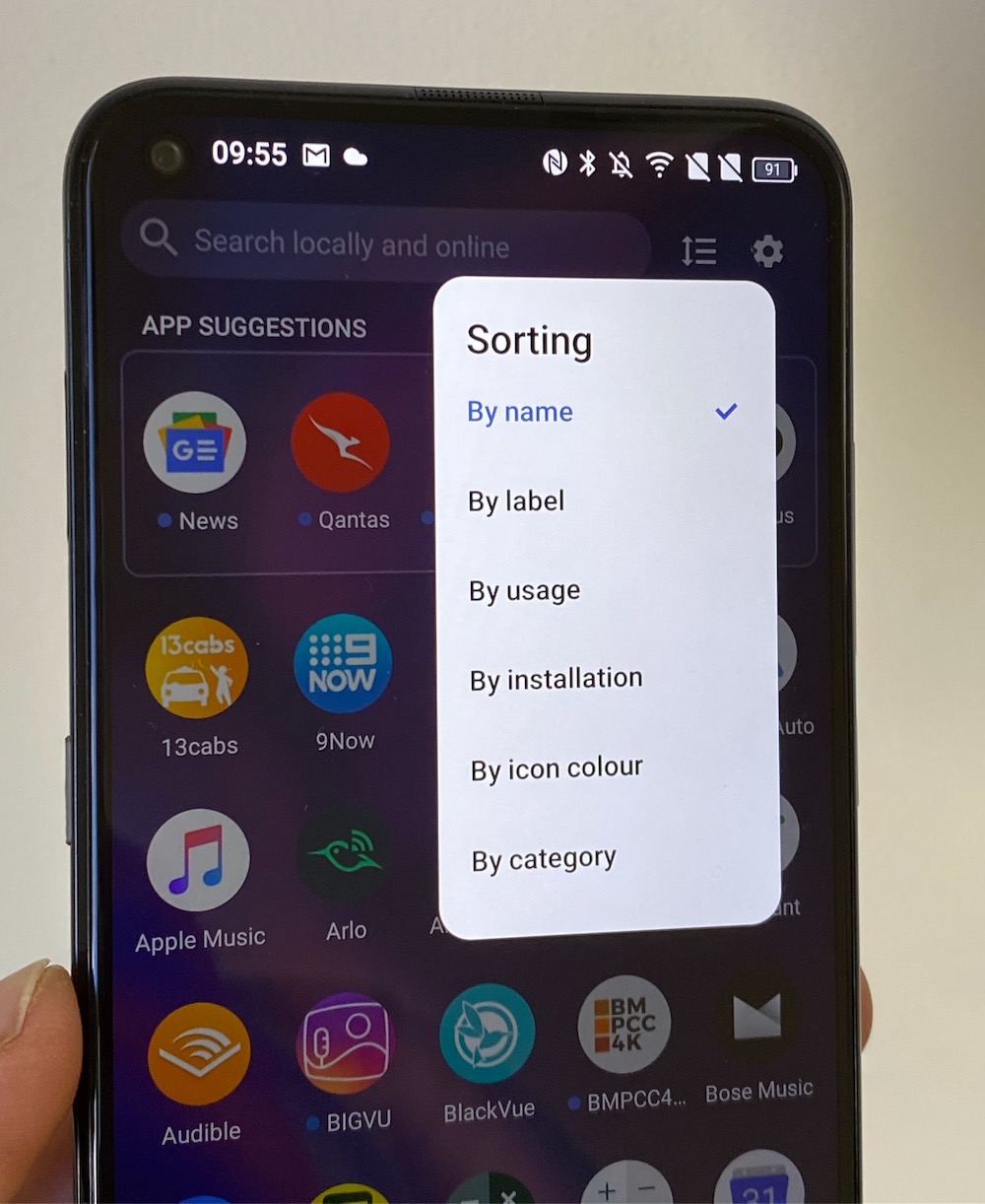 But you can change these to whatever suits the way you use your smartphones.

On the right edge of the volume controls on the power button while the back features dual flashes on either side of the three lenses and a fingerprint reader.

One of the hallmarks of a great smartphone is the camera and the TCL Plex doesn’t let you down. 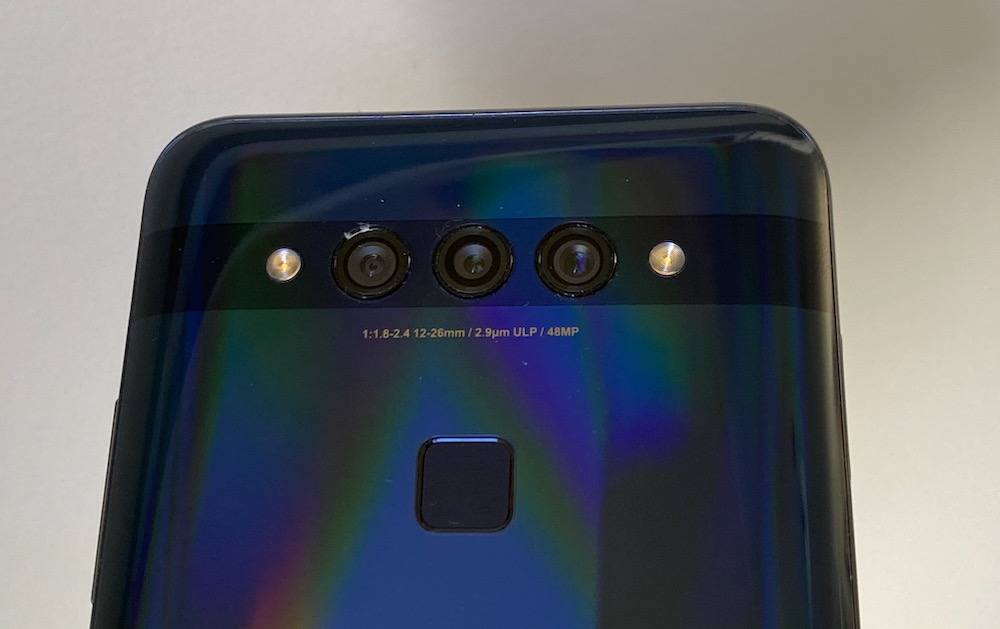 It has a triple camera system, similar to those found on smartphones three times the price, is comprised of a 48-megapixel Sony sensor, a 16-megapixel 123-degree super wide-angle and a 2-megapixel low light sensor.

And it is as intelligent as it is powerful with AI coming into play to select the right mode for your images along with exposure colour saturation.

The shots we took with the TCL Plex looked like they have been enhanced with the blues and greens punched up to make them more vibrant.

It also does a great job with portrait shots and videos.

The one feature we really liked was the ability to look out of all three lenses at the same time to choose what’s best for you.

You get to choose from original, ultrawide or low light video just by touching one of the three sections of the screen.

Speaking of low light, the Super Night Mode does an amazing job inserting the light into otherwise completely dark scenes.

There is even a pro mode for those photographers who want to get in there and dabble with ISO, shutter speed and exposure.

But for us, the Auto mode, like what you would see on a dedicated digital camera performed admirably and produced some stunning results.

The TCL Plex is powered by a Qualcomm Snapdragon 675 processor with 6GB RAM and 128GB of internal storage which can be expanded with a microSD card.

The device is running Android 9.0 and has a slick user interface that doesn’t add too much distraction from the original operating system.

Another feature we liked was the ability to sort the app draw by name, by label, by usage, by installation, by category and even by icon colour.

Whatever you chose it made a hell of a lot easier to find the apps you’re looking for. 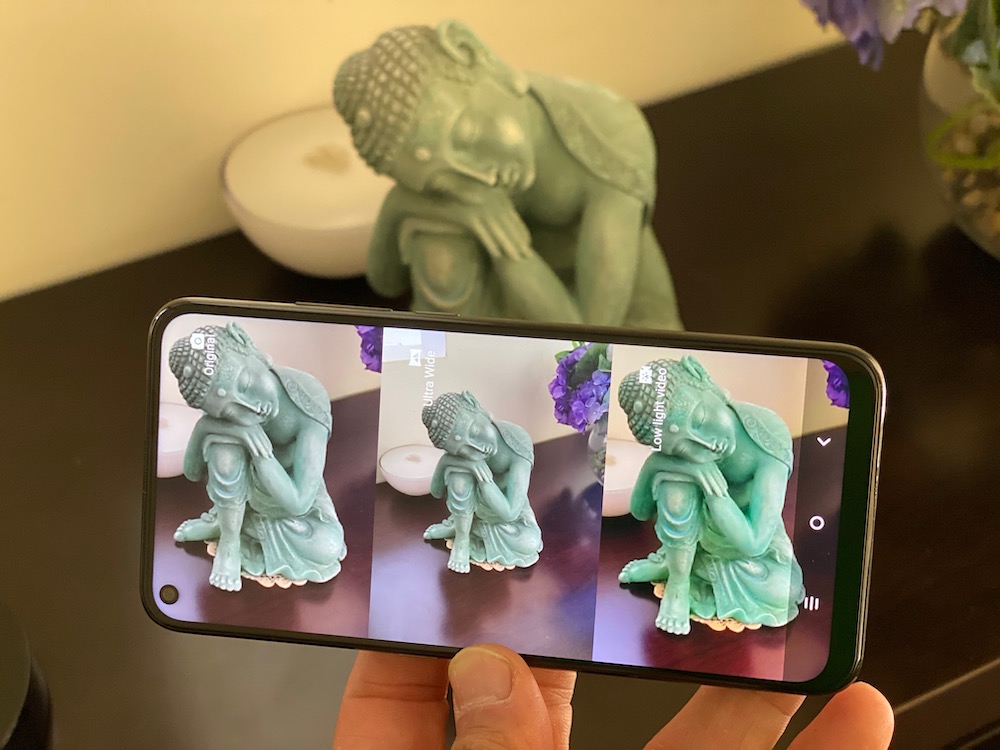 TCL Plex is secured with a fast and responsive fingerprint reader that instantly unlocks the device.

One of our only complaints was the TCL Plex not having stereo speakers.

When viewing content without headphones the sound only comes out or the bottom of the phone where the speakers are located.

But in its favour, it does have a headphone jack for those still attached (get it?!) to wired earphones and headphones. 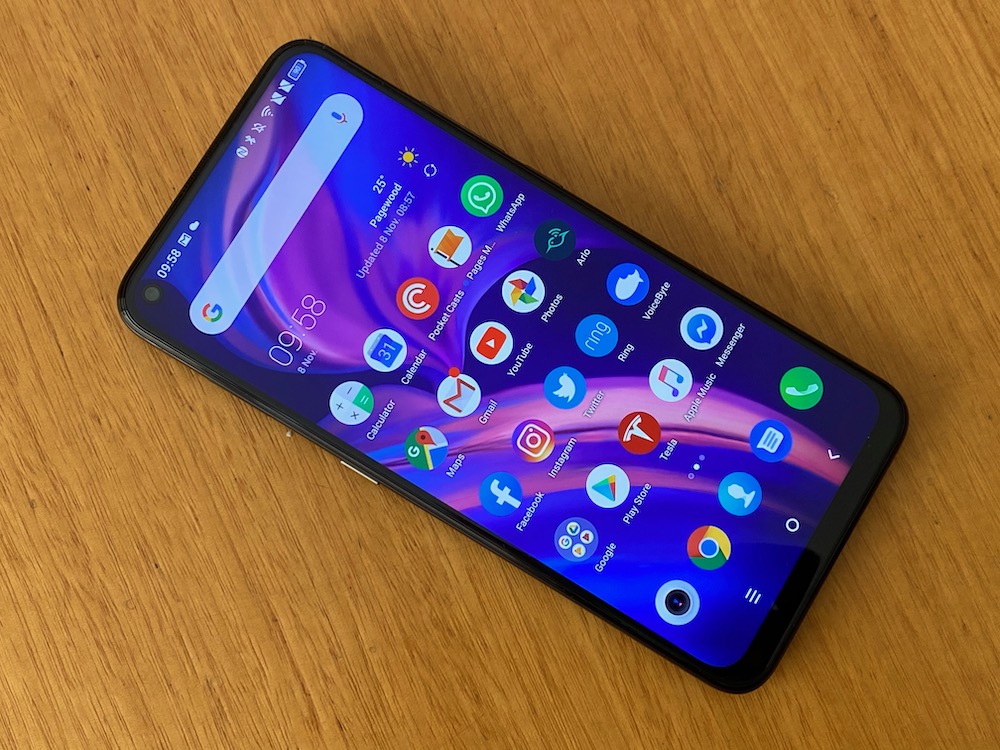 On the battery side (it’s 3820mAh), the TCL Plex came through with flying colours and smashes through a whole day hardly breaking a sweat.

We still had 40 per cent in the tank after the work day was completed after starting at 100 per cent  at 8am.

There is also fast charging on board as well which will get to 50 per cent charge after just 32 minutes.

The TCL Plex is available now from JB Hi-Fi and is priced at $499.

The TCL Plex is an impressive smartphone with a superb display and camera system. The device punches well above its weight with features and design that compares to flagship phones that cost three times more. For its first attempt at a smartphone, TCL has done a brilliant job.