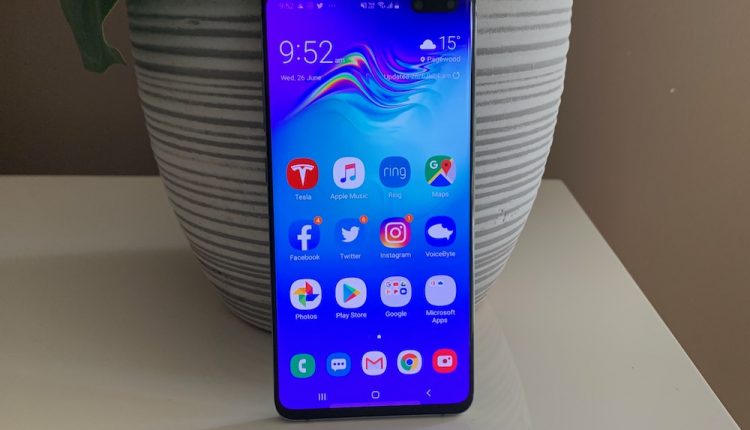 The Galaxy S10 5G is without a doubt the best smartphone Samsung has ever produced. The on-board features alone make it a standout - the fact it is also a 5G phone is a huge bonus.

The Samsung Galaxy S10 5G is easily the best device the world’s number one smartphone manufacturer has ever made. It brings together an irresistible set of features and also happens to be a 5G device as well.

The Galaxy S10 5G was the first 5G device to come to market in Australia and is available now through the Telstra network.

It builds on the impressive S10 range that was introduced earlier in the year – standout devices in their own right – but then takes the feature set even further and improves the screen, the cameras and throws in 5G connectivity to top it off.

Design-wise, the Galaxy S10 5G adopts most of the style and shape of the S10+ and gives it a little extra polish.

It has a 6.7-inch Quad HD+ Dynamic AMOLED Infinity O display which is a joy to look at.

We’ve always loved big screens and this not only offers that larger size but amazing quality as well.

And like the S10 and S10+, the Galaxy S10 5G also has an in-screen ultrasonic fingerprint reader 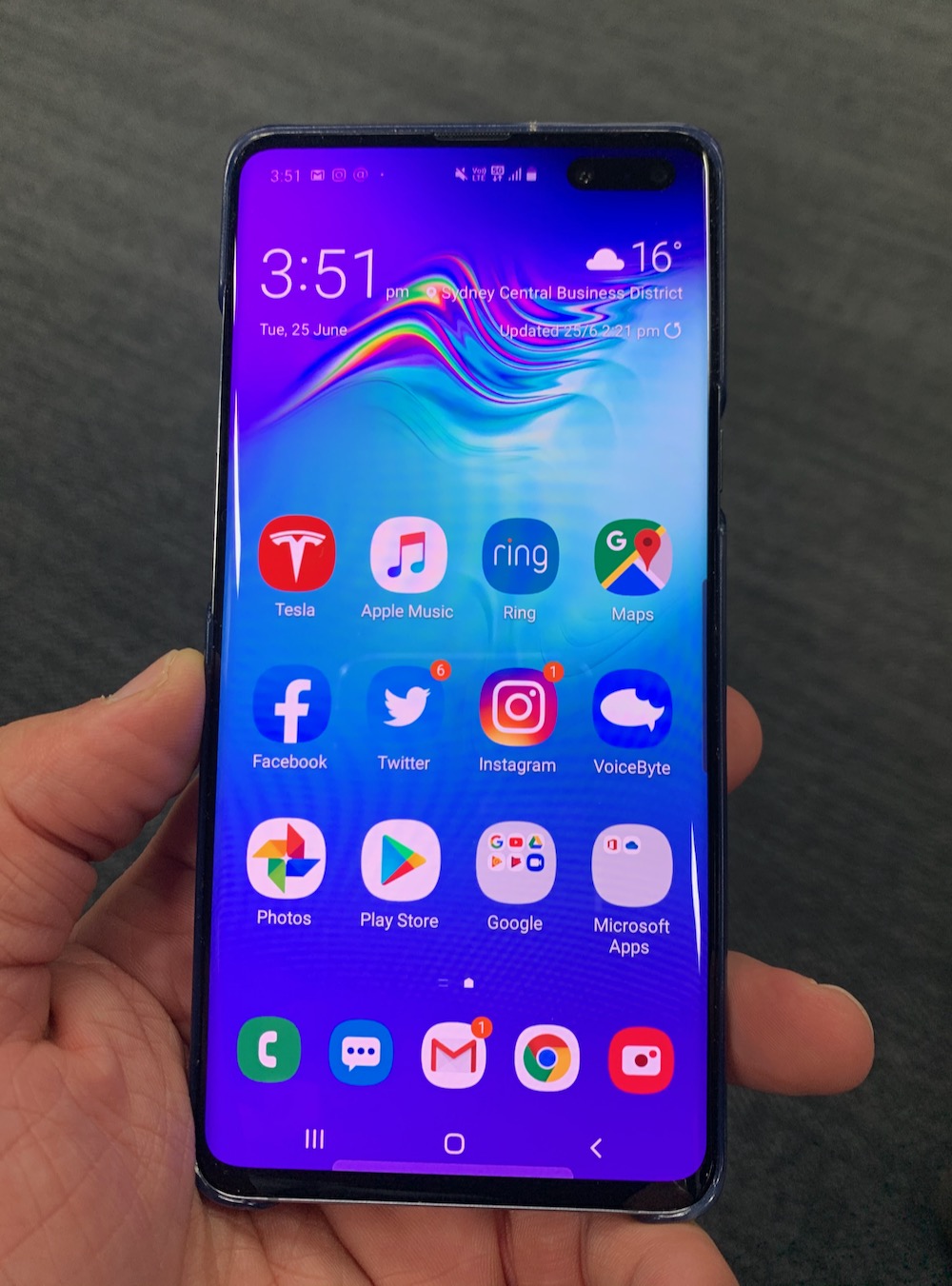 And the good thing about, it still fits nicely in your hand despite the larger screen size.

Around the edges is a slick metal frame while the back is highly polished Gorilla Glass and those four rear cameras all in a row.

There are also two cameras peeking out through the hole punch in the display. 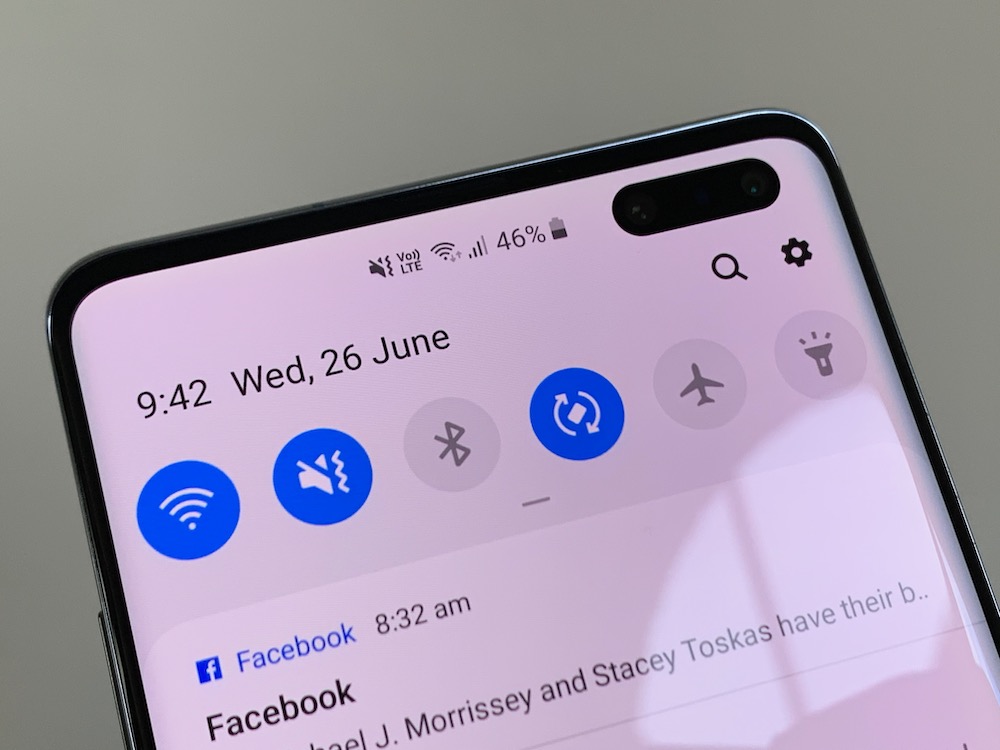 So you can either keep polishing it all day long or pop on the included silicon case.

On the left edge is the volume rocker switch and the dedicated Bixby button. On the right edge all by itself is the power/lock key.

Along the bottom is the USB-C charging port, a speaker grille and a 3.5mm headphone jack. And like the other devices in the S10 family, the Samsung Galaxy S10 5G is also water resistant with an IP68 rating. 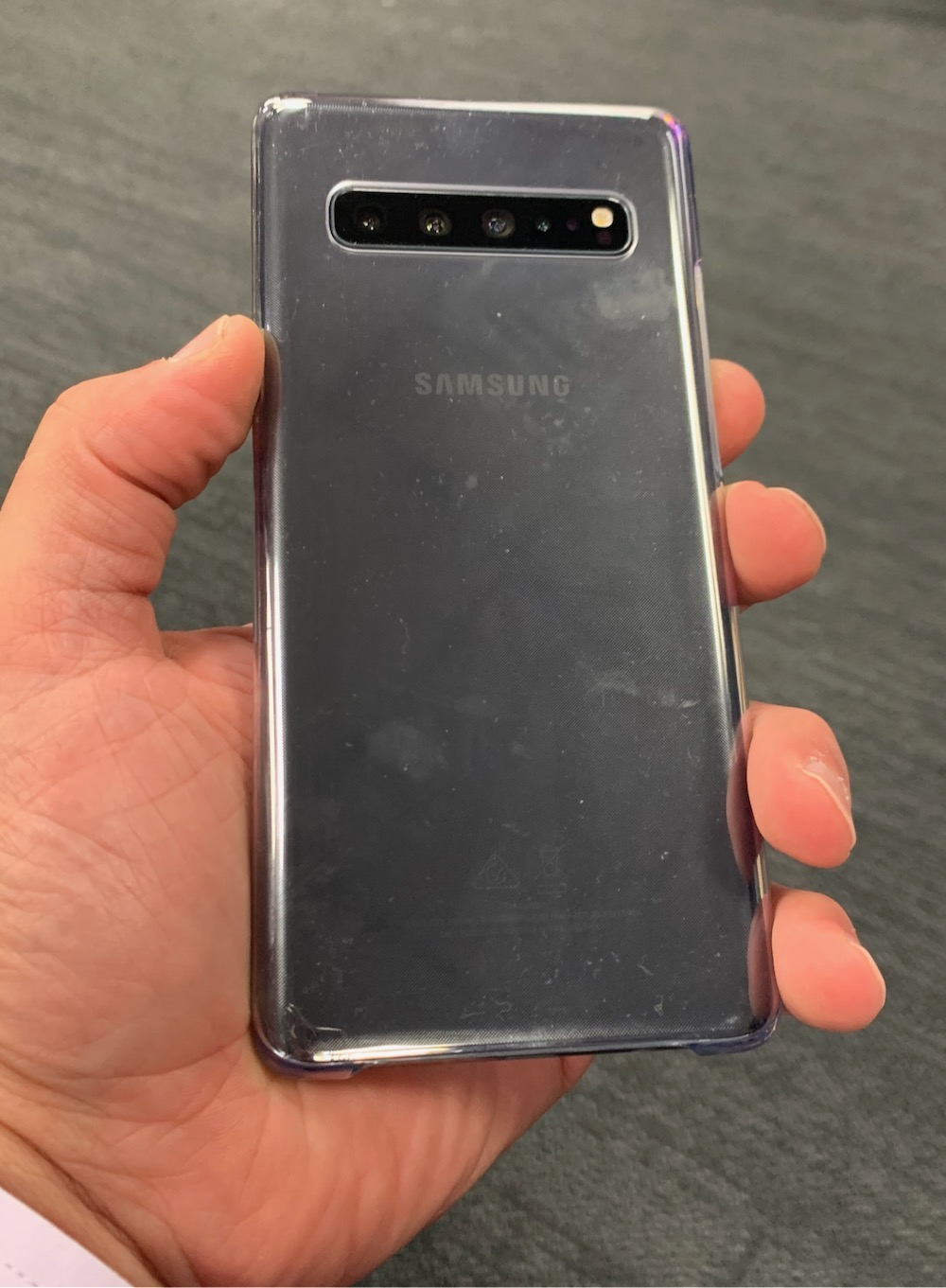 The Samsung Galaxy S10 5G has 8GB RAM and is available with either 256GB or 512GB of internal storage.

One downside though. There is no expandable storage, unlike the other members of the S10 family.

On the performance side, the Galaxy S10 5G delivers in spades.

You can smoothly move between screens and apps that respond instantly to your touch. 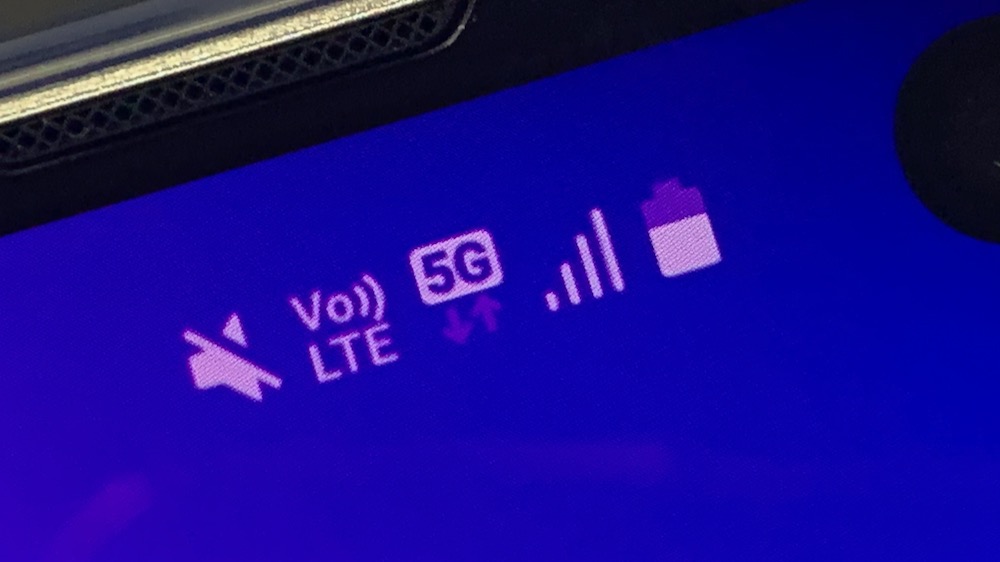 The Telstra 5G network is still pretty thin with limited coverage in CBDs and airports.

In a speed test in the Telstra office when the device was launched, it reached speeds of more than 1.2Gbps.

Since we’ve had it for review we haven’t been able to get anywhere near that speed. 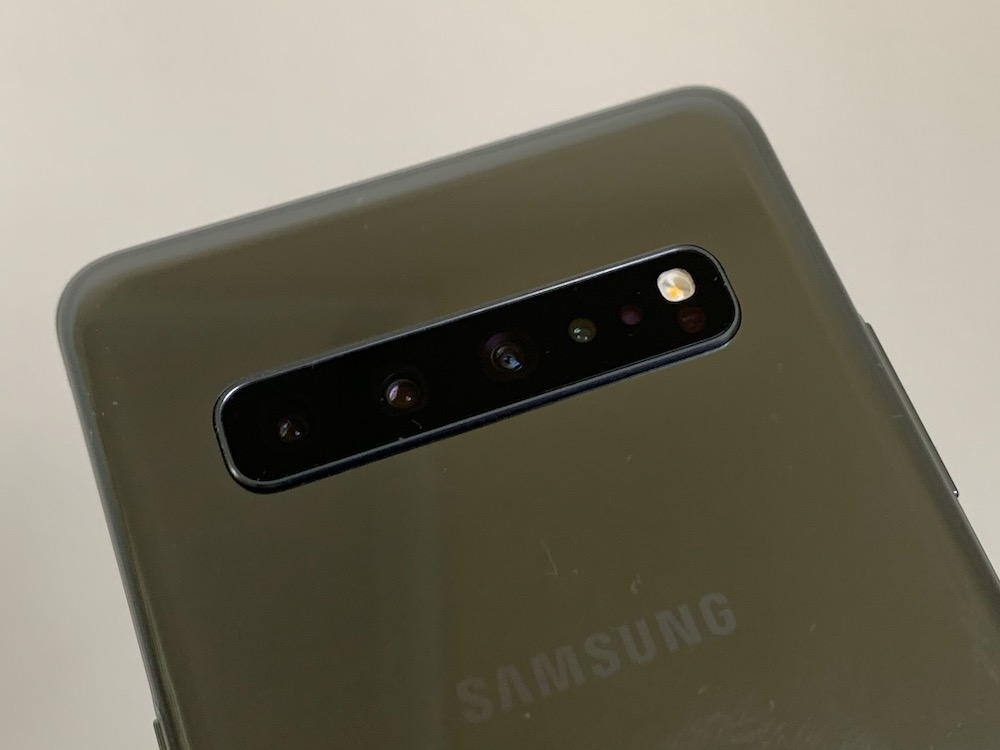 Our office is not far from Sydney airport and supposedly within the 5G footprint and we were getting download speeds of about 150 Mbps.

The one time it actually registered on screen as being on the 5G network was in the Sydney CBD not far from Wynyard Station.

We thought the speed test in this spot would be smoking. But it didn’t even hit 100Mbps.

Bottom line – if you think you’re going to get blistering 5G speeds at the moment, you are sadly mistaken.

As the Telstra 5G network is built out, that coverage, of course, will improve and you will see consistently higher speeds. But just not right now.

But that doesn’t take away from the quality of this device.

The Galaxy S10 5G is great now – the 5G network will improve and get better.

Once again, Samsung has upped its game in the camera department and taken the excellent S10+ camera system and made it even better with a total of six cameras – two on the front and four on the back – that can take your photography to the next level.

The 3D depth camera is the new kid on the block and its responsible for instantly detecting the distance between the phone and your subject to provide amazing bokeh effects.

The 3D depth camera also powers another cool feature called Quick Measure which can measure both distance and objects simply by pointing your camera in that direction.

On the front are dual 3D depth sensing cameras that will allow you to take the best selfies you ever have.

It delivers amazing portraits with that depth of field bokeh effect which can be utilised – through the front and back cameras – when shooting video was well.

The Samsung Galaxy S10 5G camera system brings it into the same ballpark as the excellent Huawei P30 Pro smartphone.

Everything is bigger on the Galaxy S10 5G – including the battery which has a 4500mAh capacity.

This easily lasted the whole day and into the evening even with heavy use which included taking pictures and doing lots of speed tests.

It’s not a two-day battery by any means but you’re not going to be left stranded at the end of the workday.

The Samsung Galaxy S10 5G is available now and priced at $1,999 outright or on a Telstra plan.

The Galaxy S10 5G is without a doubt the best smartphone Samsung has ever produced. The on-board features alone make it a standout – the fact it is also a 5G phone is a huge bonus.