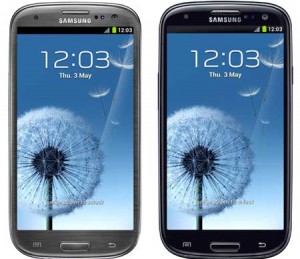 Samsung’s Galaxy S III has become even more appealing to customers with the introduction of a new and faster 4G model for Telstra, Optus and Virgin Mobile customers.

Externally the handset is almost identical to the Galaxy S III released earlier this year. It is the same size and has the same 4.8-inch screen but is available in two new colours.

This review will concentrate on the new features including 4G. Our original review of the Galaxy S III and its long list of abilities can be found here.

The main changes and enhancement for the Galaxy S III 4G are under the hood and include the 4G antenna which connects to Australia’s 1800Mhz LTE networks, the increased 2GB of RAM (up from 1GB) and the latest Android 4.1.1 Jelly Bean operating system.

The increased RAM gives the 4G Galaxy S III some added zing in the speed department.

It has the same 1.4Ghz quad-core processor as the original device but having 2GB of RAM of board adds up to a noticeably snappier performance when opening apps and can run more apps at the same time.

On the software front, the Android Jelly Bean 4.1.1 operating system is smooth and has a slightly different look to the fonts and general appearance of the Ice Cream Sandwich software of the previous model.

But the hero feature of the device is its 4G capabilities. The 1800Mhz antenna means it will work in the Telstra and Optus 4G networks along with Virgin Mobile which also uses the Optus network.

We used an Optus and Telstra SIM card in the device for Tech Guide’s testing in the past few days.

The speeds achieved on the device were nothing short of incredible with speeds up to 53.68Mbps on Telstra and 41.36Mbps with Optus in Sydney’s eastern suburbs.

In the Sydney CBD Telstra speeds were also consistently higher with an average of 30Mbps while Optus wasn’t far behind at about 25Mbps per second on average.

Of course these results depend on a number of factors including the number of people on the 4G network and your location.

But generally we did find that if your weren’t getting good coverage on 3G then 4G wasn’t going to miraculously appear.

The added speed of 4G, which can be faster than a home broadband connection, allows faster downloads and uploads.

Having faster uploads – often more than 20Mbps on both Telstra and Optus – means we can send and share large files even faster.

This comes in handy if you’re sending pictures and videos on email, SMS and social networking sites.

Apps that have to connect to the internet also perform faster with the Galaxy S III 4G.

One thing that’s also the same with the new 4G model of the Galaxy S III and the earlier model is the 2100 mAh battery.

And while the battery performed well on the 3G model, we couldn’t say the same about the 4G device.

Achieving those high 4G speeds impacted noticeably on the battery and it limped across the line at the end of the work day from a full charge in the morning.

And if you’ve got plans to take advantage of your 4G connection regularly as a portable wi-fi hotspot to connect your tablet or laptop, then you’d better carry around a charger and get ready to plug it in by mid to late afternoon.

The Samsung Galaxy S III 4G has made an already great smartphone even better.

It has the credentials to take on the recently released iPhone 5 – which is also 4G – and easily hold its own in all areas.