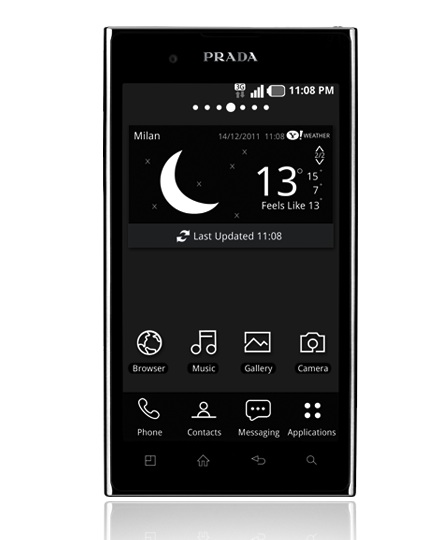 Prada, a name more familiar in the fashion world than the tech world, has partnered to release a smartphone with LG through Vodafone in Australia in April.

Prada Phone by LG 3.0, as the device is being called, will focus on style and design as much as it does on features.

This is the third time Prada and LG have collaborated on a product.

Featuring Prada’s design philosophy, the device is running the Android 2.3 Gingerbread operating system (which can be upgraded to Android 4.0 later in 2012) with a 4.3-inch touchscreen and a dual core 1Ghz processor.

The front of the device has no physical keys and is a supermodel thin 8.5mm.

The back of the Prada Phone by LG 3.0 features Prada’s signature Saffiano pattern with the whole device finished in classic black.

Complementing the smartphone for style conscious users will be a range of Prada accessories including a cradle and Bluetooth headset.

The Prada Phone by LG 3.0 will be available through Vodafone in April and will be priced at $799.