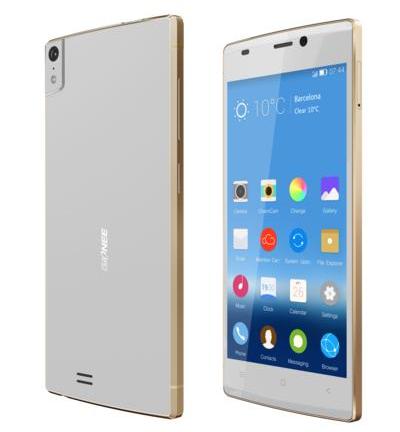 A Philippines company can now lay claim to having the world’s slimmest smartphone with a super slender thickness of just 5.55mm.

The device at 5.55mm is actually thinner than Apple’s svelte iPod Touch which measures 6.1mm thick.

The Android-powered device has a 5-inch full high definition Super AMOLED Plus screen along with a 13-megapixel rear camera and the world’s first 95 degree 5-megapixel front-facing camera.

The Philippines was described by Time magazine as the “selfie country of the world” so this device will suit them.

According to Gionee, the ELIFE S5.5’s front-facing camera can snap full body shots and also include more people and landmarks in your selfies.

Under the hood is an octa core (that’s eight cores) processor running at 1.7Ghz and a 2,300mAh battery that will keep you powered all day long.

There are no plans to launch the Gionee ELIFE S5.5 in Australia but if you’re ever in the Philippines it might be worth picking one up.