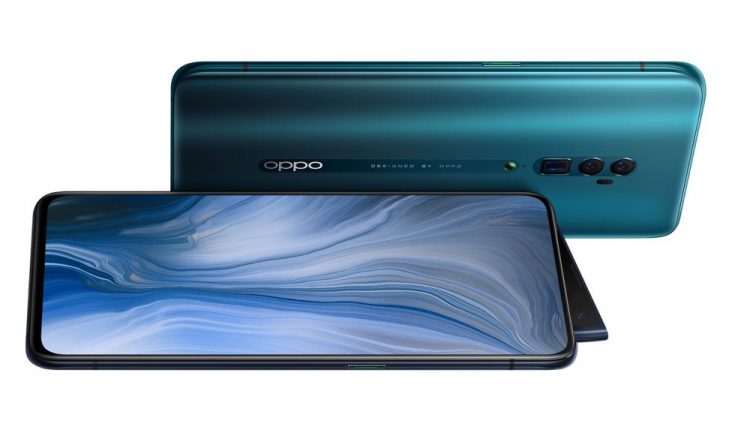 The Oppo Reno 5G is an ambitious device that is intelligently designed to maximise the mobile experience across the board.

Oppo has come up with an intriguing 5G smartphone in the shape of the Reno 5G which are done away with the notch and maximised screen size thanks to an innovative selfie camera system.

The device has a 6.6-inch AMOLED display that is not marred by a notch or a hole punch to accommodate a front-facing camera.

Instead, Oppo has included a nifty pop-up camera system which appears elegantly from the top edge of the device whenever you need to take a selfie.

So you’re getting the best of both worlds. An excellent front facing camera and a screen that takes up 93.1 per cent of the front of the device.

The widest bezel is at the bottom at just 3.5mm.

It was refreshing to be able to view videos and images in true full-screen format. 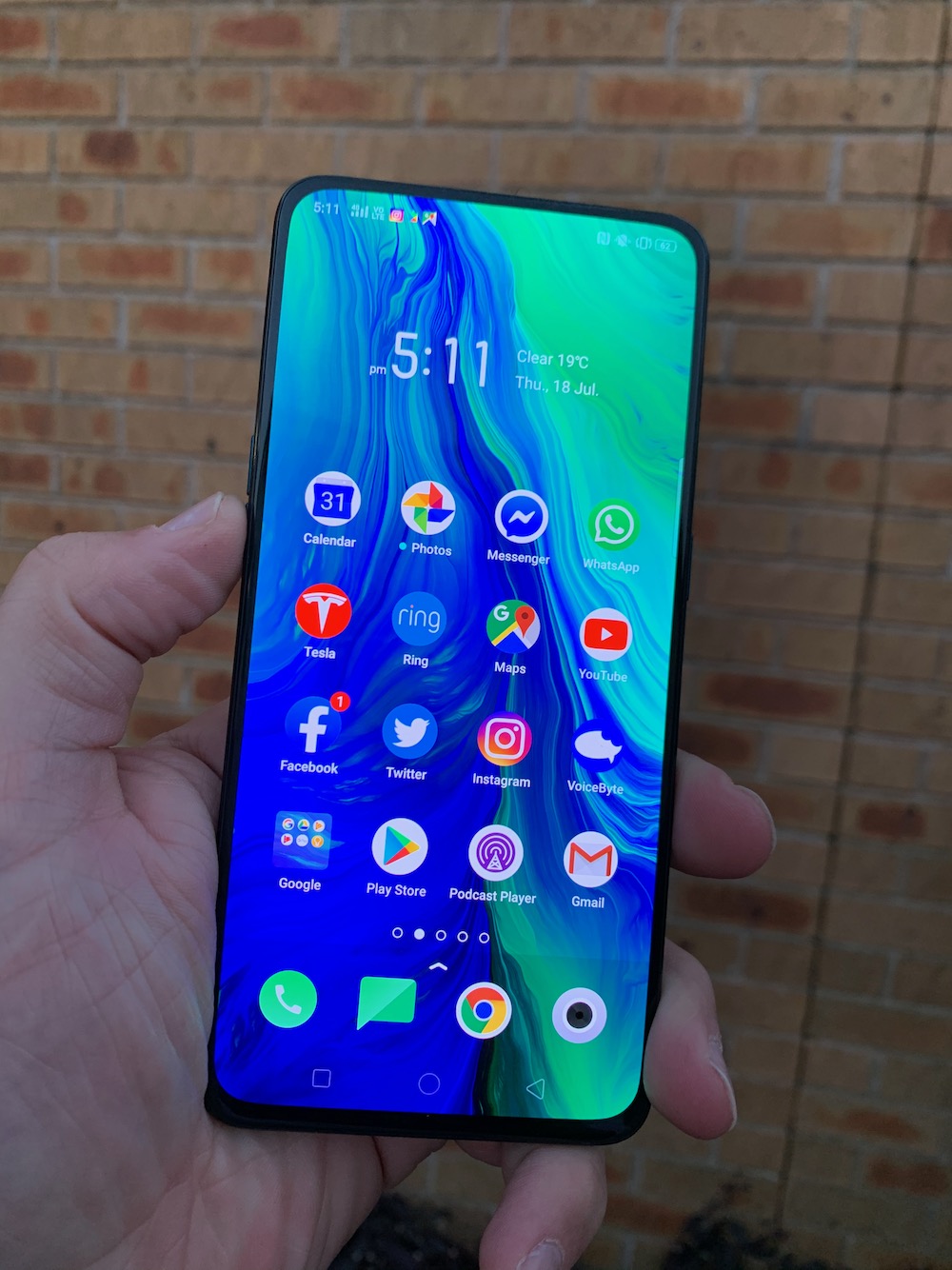 And the display is flat rather than curved on either side like the Samsung Galaxy S10 but it still gives you a full screen experience.

It also means you can grip the phone without accidentally opening an app.

The rear panel of the device includes a triple camera system which sits flush – so there’s no rear camera bump. 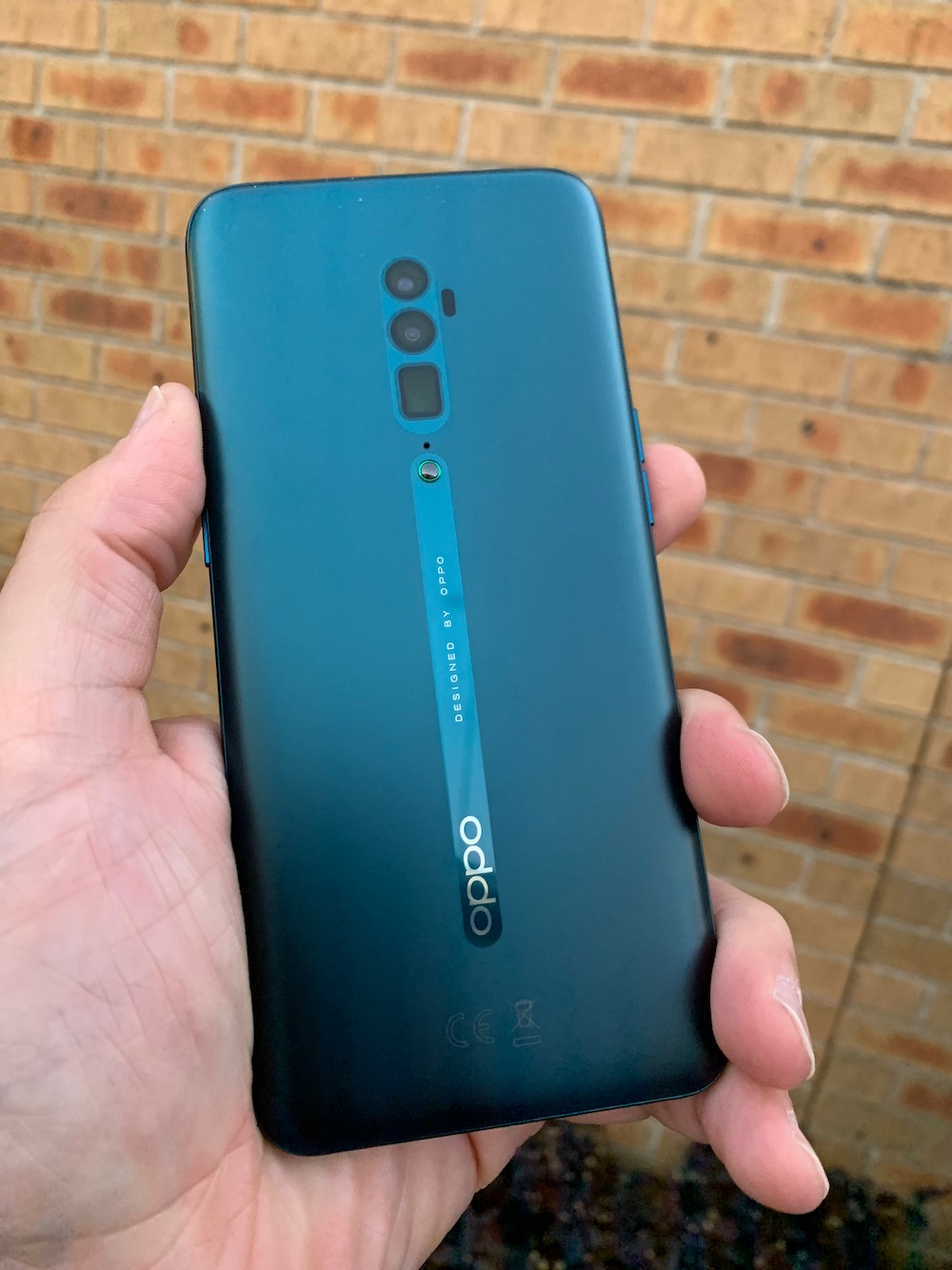 The only protrusion on the back of the device is you curious little aesthetic bump just below the camera.

We are not sure why this is there but it spoils and otherwise perfectly flat rear panel.

The device itself measures 16.2cm long, 7.72cm wide and 9.3mm thick. It’s slightly thicker than rival devices but it’s not too hefty. 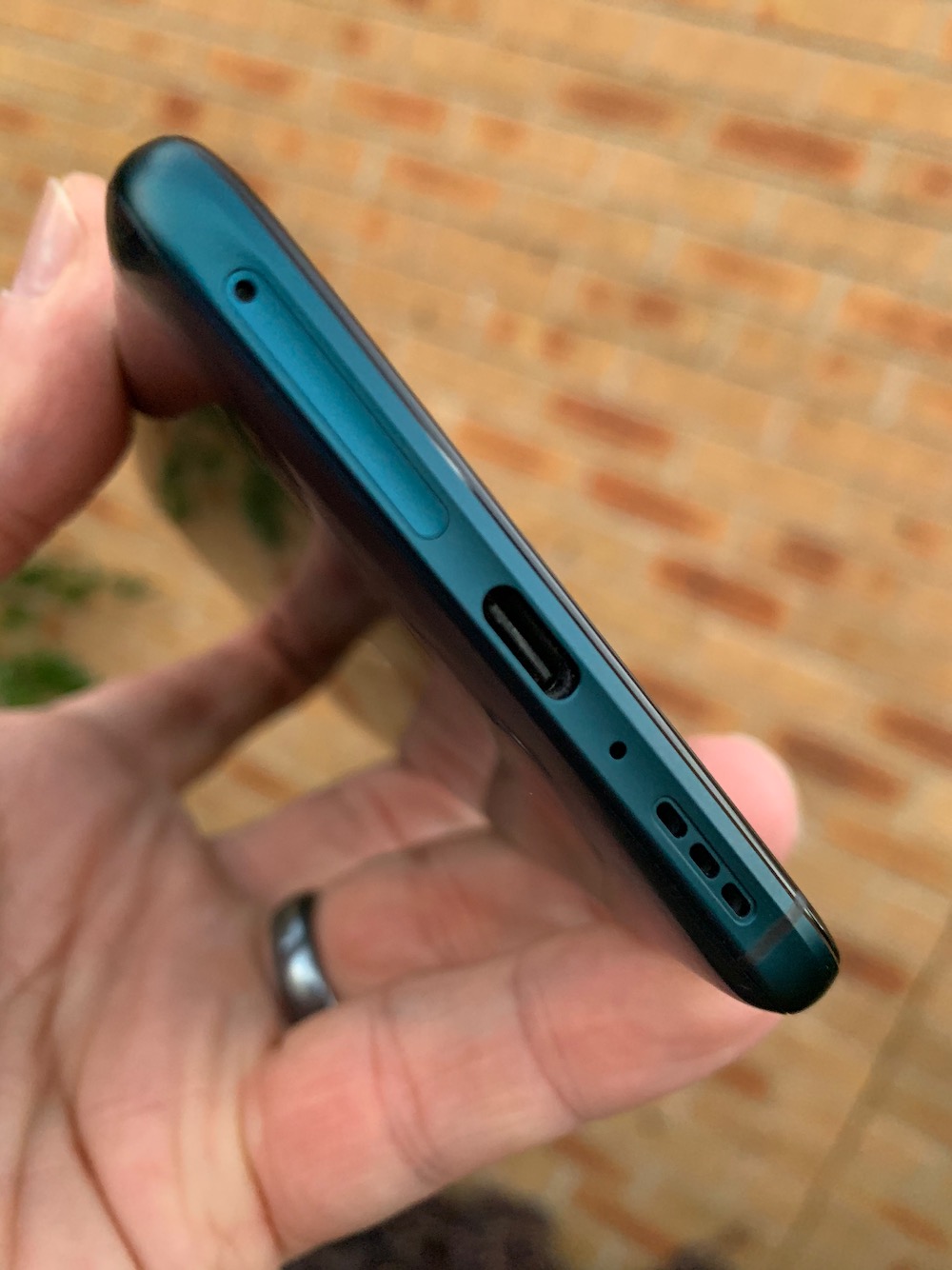 Despite having a larger 6.6-inch screen, the dimensions of the phone are not overwhelming and it doesn’t feel too big in your hand.

There is a subtle curve on either side of the rear panel saw it rests comfortably in your hand.

On the left edge of the volume keys while the power/lock key is on the right. 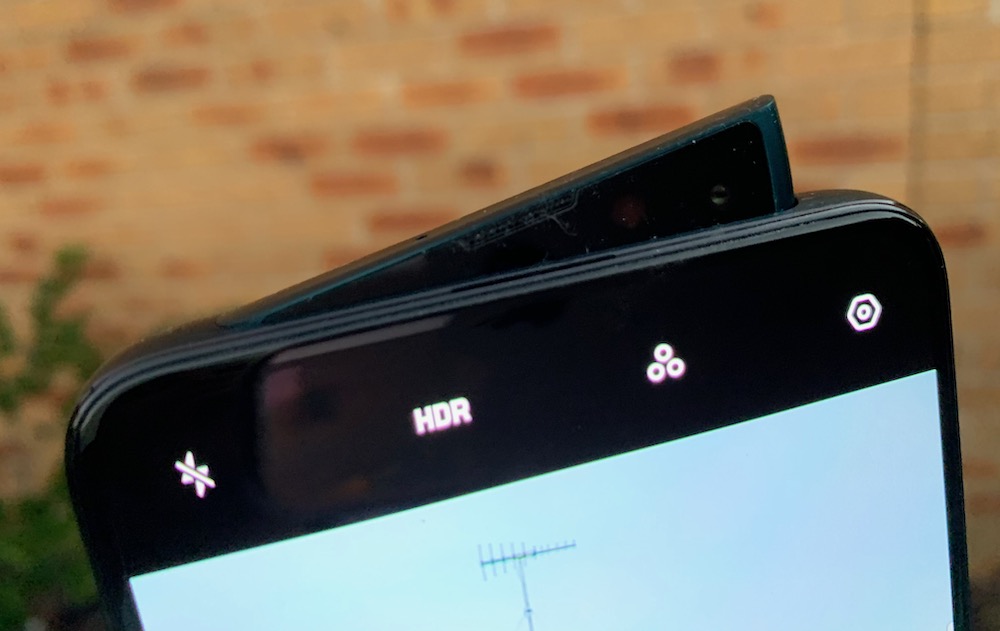 The bottom edge is where you’ll find the USB-C port, a speaker and the SIM card tray which is smaller but still has room, thankfully, for a microSD card.

What you won’t find anywhere is a headphone jack. But who’s still plugging headphones into a smartphone anymore?

The Oppo Reno 5G is powered by a Qualcomm Snapdragon 855 processor with a generous 8GB RAM and 256GB of internal memory that can be expanded with that microSD card slot.

Take a look at the hidden front camera on the @oppo Reno 5G – full review at www.techguide.com.au #smartphone #oppo #5G

The device is running the Android 9.0 operating system but it is well disguised with Oppo’s very own ColorOS 6 user interface would still borrows quite heavily from the Apple’s iOS look and feel that can be found on the iPhone.

And, of course, this is a 5G device which will allow you to connect in some areas at high speed.

We didn’t set any records with our speed tests as we could rarely find 5G coverage. 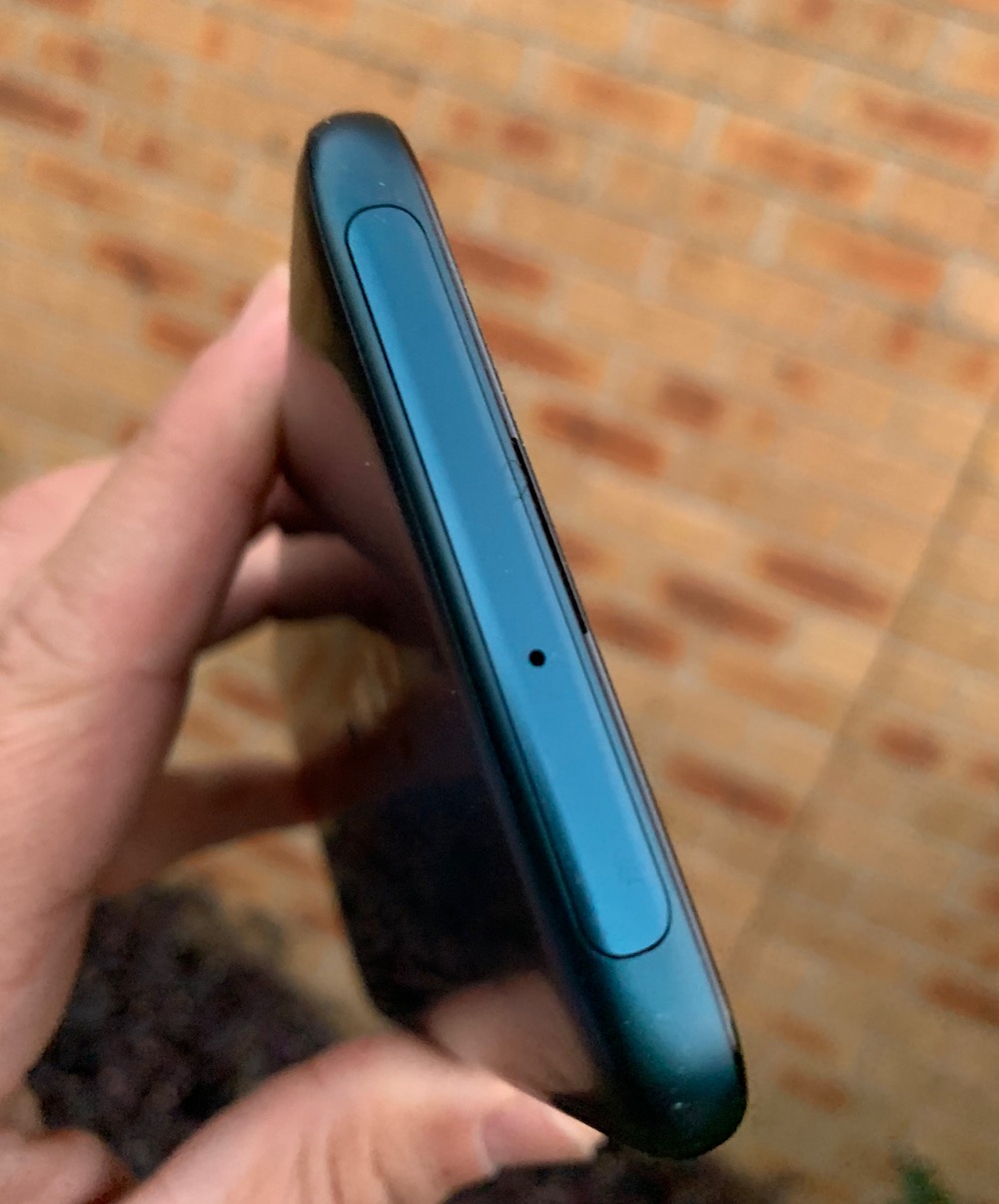 But we still managed to achieve more than 300Mbps in some parts of the Sydney CBD and near Sydney airport.

5G is only going to get better across all carriers. Telstra has first mover advantage at this point but Optus and Vodafone won’t be far behind.

OK, let’s talk about the camera.

There are three lenses on the back – a 48-megapixel ultra-clear main camera, a 13-megapixel telephoto lens and an 8-megapixel wide angle lens.

All three lenses combine over different focal lengths from 16mm to 160mm to provide 10 times the focal length of an ultra-wide angle lens.

And on top of that there’s also dual OIS (optical image stabilisation) that works well even when fully zoomed in on your subject.

You can enjoy up to 10x optical zoom and up to 60x hybrid zoom and achieve remarkable images.

This is a really impressive feature of the Reno 5G’s camera.

The 10x shots look as sharp as a regular image and the 60x pictures still look OK and you can still make out what you’re looking at.

Even shots taken through the 48-megapixel camera are huge files which allows users to zoom right in on objects and crop the image.

Another cool feature is Night Mode 2.0 which combine a 1 / 2.0 ultra large sensors and an f/1.7 ultra-large aperture with MFNR and HDR algorithms to capture incredible detail in low light.

The Oppo Reno 5G also punches above its weight with portrait shots with tasteful background blurs.

You can access the front camera, which pops up out of the top edge of the phone, in just 0.8 seconds and without making a sound.

And when you’re done, it slides quietly out of sight.

If you drop the phone with the camera deployed, it will detect the sudden movement and retract the camera before the device hits the deck.

And the selfies you can produce through the front camera can be enhanced with AI beautification.

On the security side the Reno Oppo also delivers with the in-screen fingerprint reader that is probably the fastest we’ve ever seen.

The unlocking speed has actually been increased by 28.5 per cent – and it shows.

One quick touch of your finger on the screen and the device is instantly unlocked.

Performance-wise the Reno 5G also holds its own with the AI multicore engine so it’s smooth even when performing demanding tasks like streaming and gaming.

And if things hot up, the device has three ways to cool things down again using cooling gel, triple graphite layering and copper pipes.

And inactive apps are also shut down by the AI Ice Box to create greater efficiency and preserve the battery life.

Speaking of the battery, the Reno 5G has a large 4,065mAh battery which smashed through the day and had plenty left in the tank to take us through the next day. 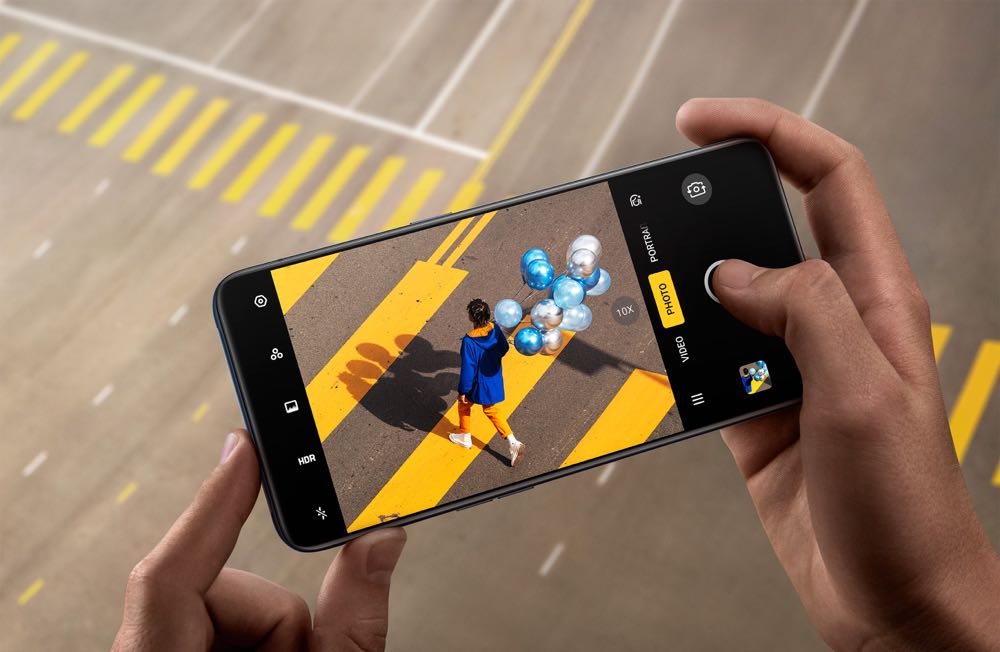 And when it’s time to recharge, the VOOC 3.0 fast charging, which is 100 per cent faster than the previous version, has you back up and running in no time.

Surprisingly the device does not have wireless charging capability so you’ll have to stick the USB-C cable from the fast charger.

Another missing feature is water-resistance and we suspect it has a lot to do with the pop up camera mechanism on the top of the device.

The Oppo Reno 5G is an ambitious device that is intelligently designed to maximise the mobile experience across the board.