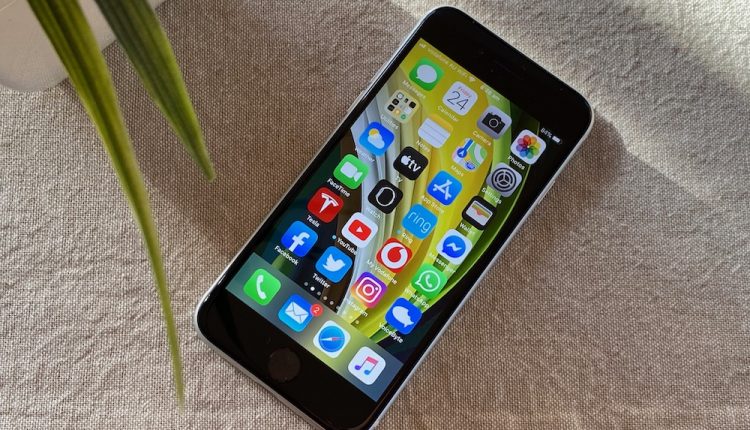 Apple has packed a lot in to the iPhone SE – it might look like an older phone on the outside but it has the latest technology on the inside. But it has the most important feature that many customers are looking for – it’s an iPhone.

Apple has gone back to the future with the new iPhone SE. It is currently the company’s  most affordable phone but Apple hasn’t skimped on the performance by adding the same processor that’s powering the iPhone 11 Pro.

And if the design looks familiar – you’re absolutely right – Apple has taken the design of the iPhone 8 and made some subtle exterior changes but the biggest improvements are under the hood.

When Apple released its first iPhone SE a few years ago, it was basically a re-skinned iPhone 5S – but it was still a huge hit with users not only because of its cheaper price but also for its smaller size.

Not everyone wants a larger phone and not everyone can afford the more expensive smartphones.

But if you didn’t have more than $1000 you either had to buy an Android device or an older or second hand iPhone – until now.

$749 may still be considered expensive by many people, but when it comes to new iPhones it’s as cheap as they come. 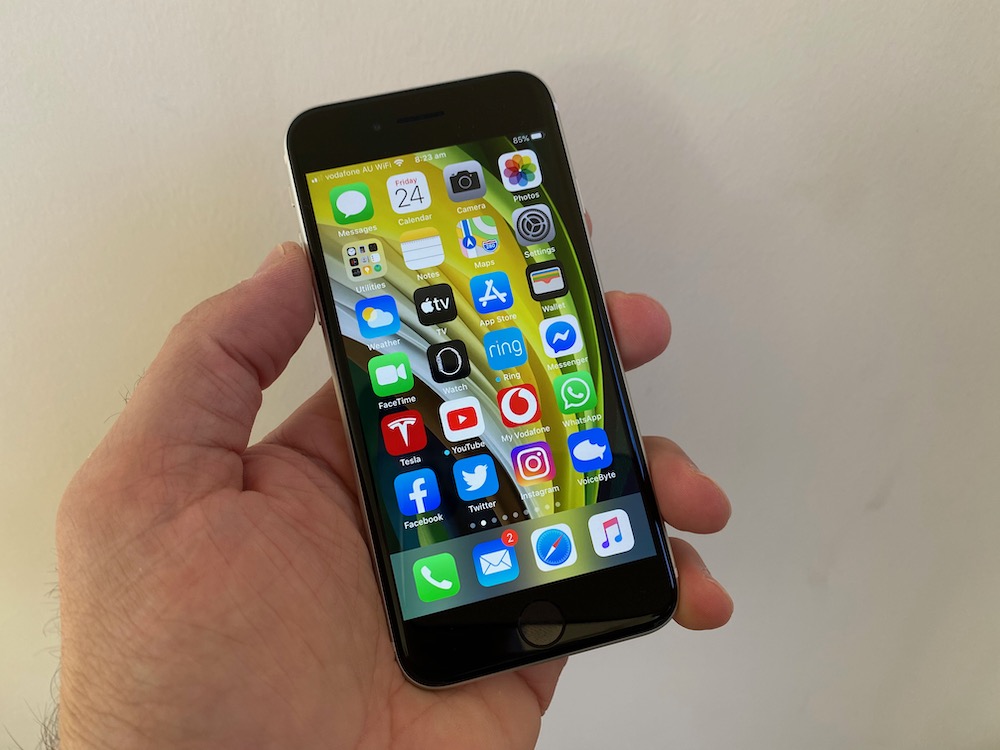 And the customer who would buy the iPhone SE is also likely to hang on to it for a few years as well so that asking price is going to look like better value in two, three or even four years’ time.

Having the latest processor as well as Wi-Fi 6 and Gigabit-class 4G LTE will certainly help that longevity. It is also dual sim with one physical SIM card and a eSIM so you can run two phone numbers off the device. 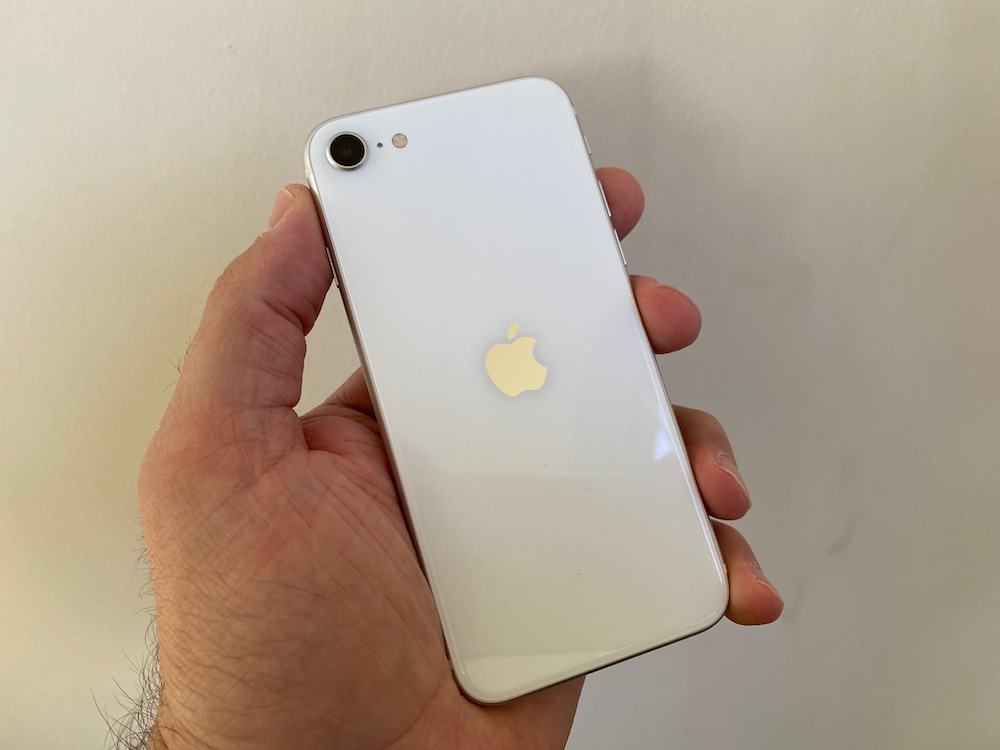 The iPhone SE – which stands for Special Edition – has a 4.7-inch Retina display and still includes features like TrueTone to match the light conditions for a more natural looking screen as well as support for Dolby Vision and HDR10 content.

It’s smaller size (13.4cm long) and lighter weight (148g) make it really pocketable and also easy to use with one hand. 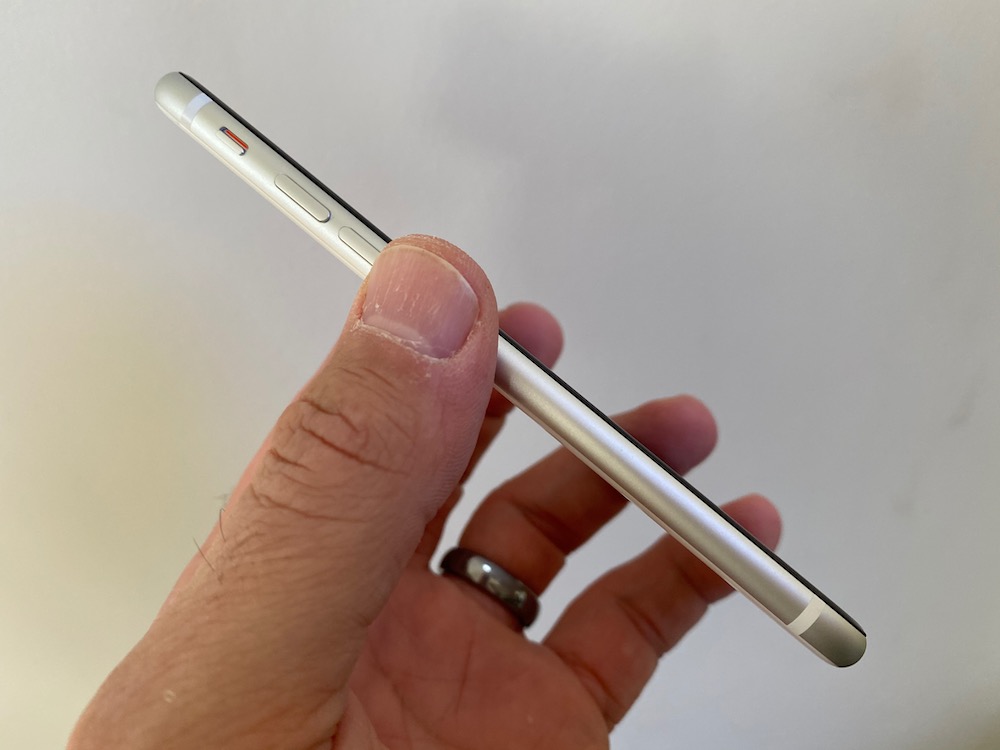 It doesn’t have the whole screen look of the iPhone 11 – there’s a large forehead above the screen where the camera and speaker are located.

We’re normally used to larger screen smartphones – that’s our preference so it took a little while to get used to the smaller display. But the sharp Retina display made it easy to read the screen and appreciate the quality of our apps, websites, photos and videos.

Below the display is the home button (remember those?) which also includes Touch ID so you can unlock the device in an instant, authorise app downloads and approve transactions with Apple Pay. 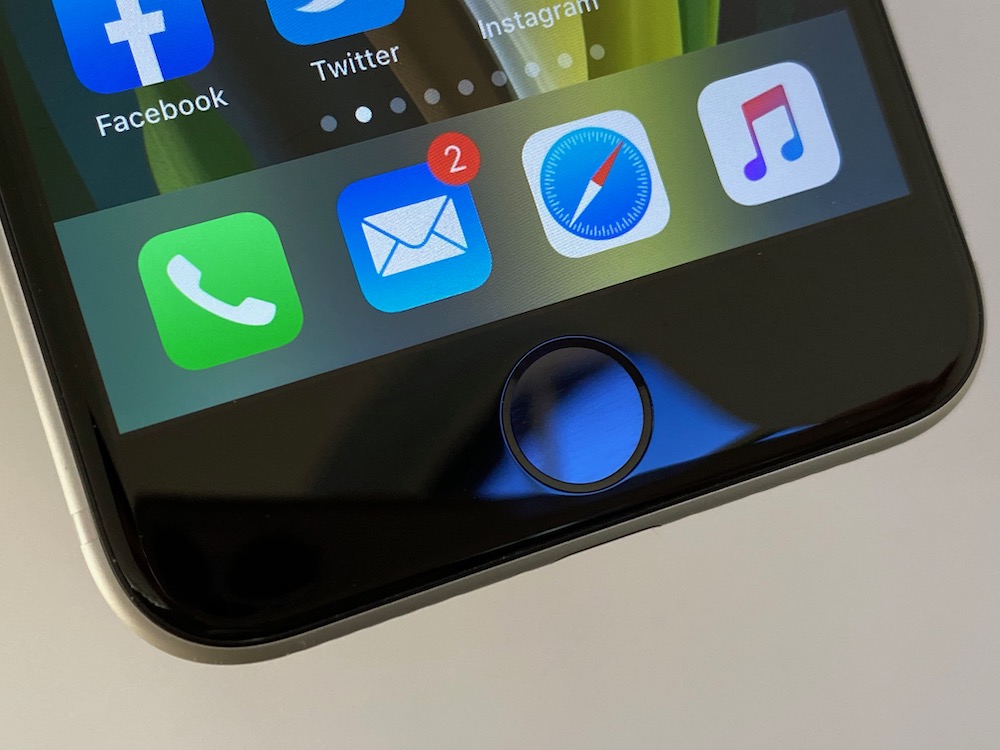 Here’s is one of the strongest things about the iPhone SE. It has the same A13 Bionic chip (what Apple calls the fastest processor in a smartphone) that is also aboard the iPhone 11 and iPhone 11 Pro. 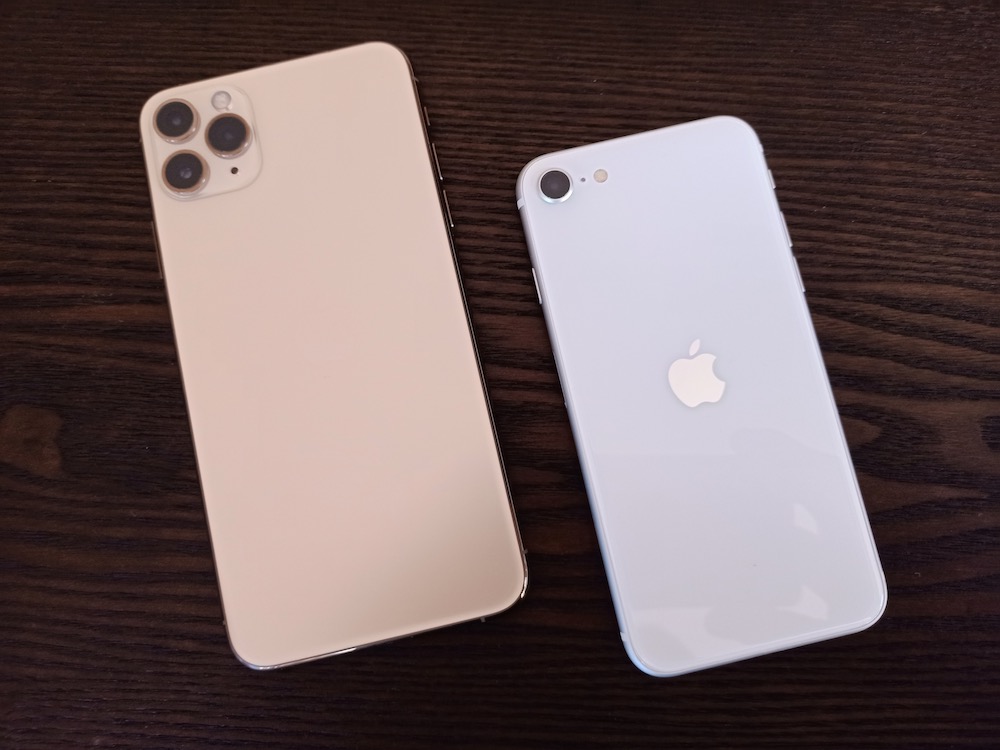 Apart from the sheer speed of the device and moving between apps and around the device it’s also doing the heavy lifting for the single lens camera system, battery efficiency as well as enable excellent gaming and AR experiences.

We found the iPhone SE to be extremely responsive from the second it was unlocked as well as going between apps and connecting to the internet. 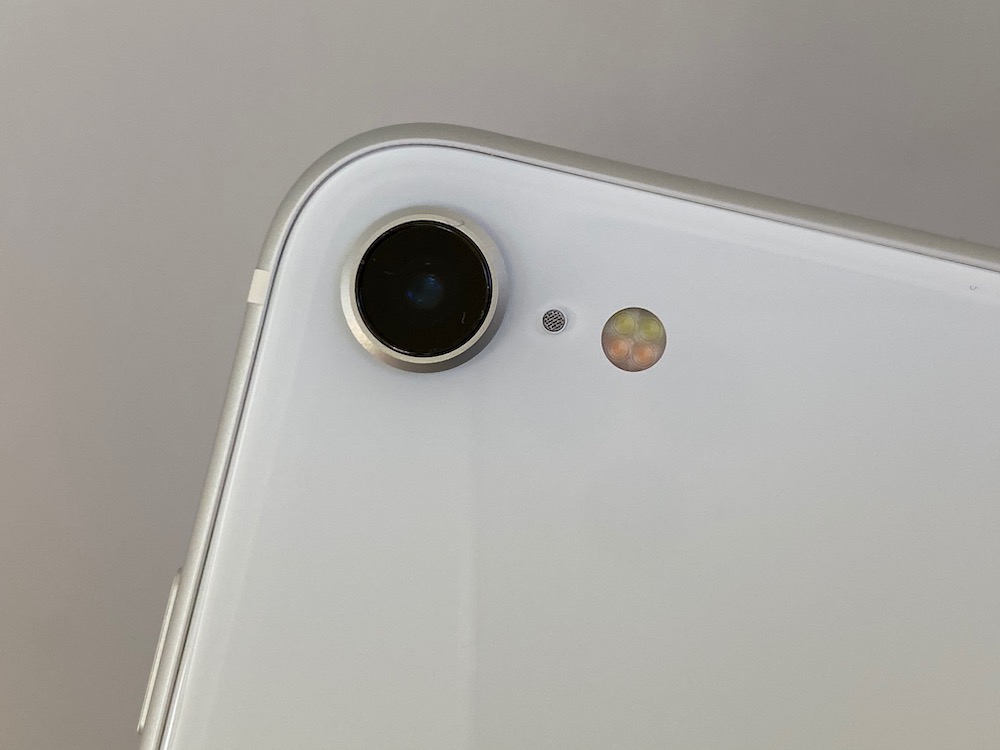 There might only be a 12-megapixel single lens on the iPhone SE but it can still take some amazing images.

You’re not getting the benefits of a multiple lenses like ultra-wide angle and high zoom but the iPhone SE camera still punches way above its weight. 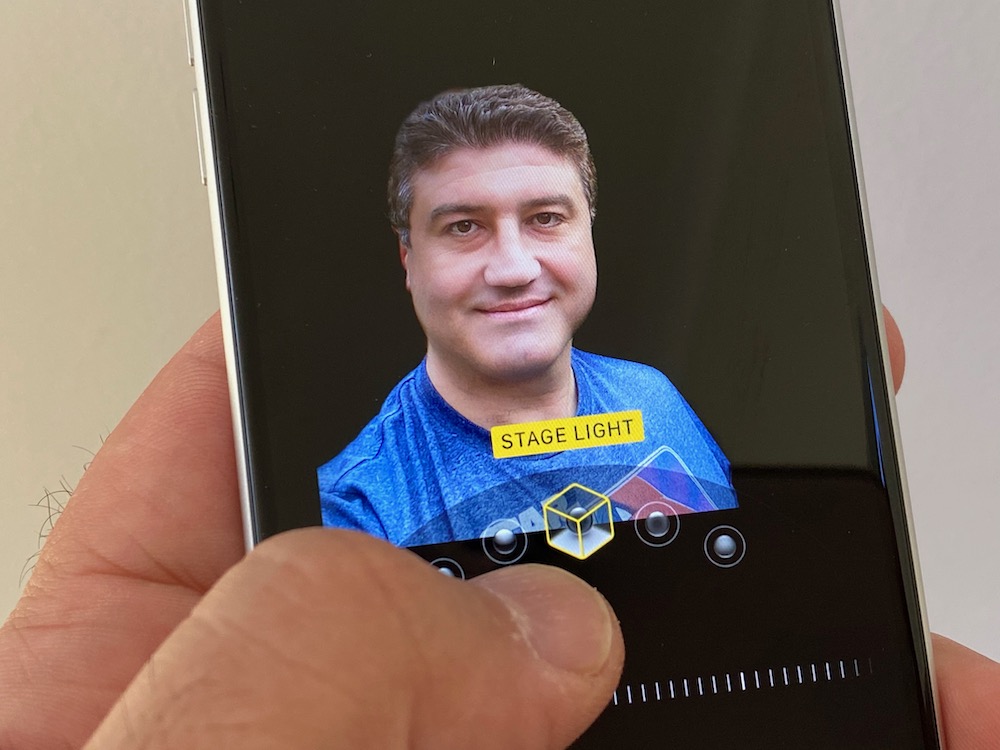 This is thanks to the A13 Bionic chip’s Neural Engine which steps in with sophisticated computational photography.

What you get from this is Portrait mode and Portrait Lighting effects (which can be added after you’ve taken the image) and Depth Control.

All this adds up to some incredible pictures – and you even have portrait mode on the front 7-megapixel selfie camera.

One downside of the camera is that it’s not too crash hot in low light situations like its multi-camera systems. But that’s not a deal breaker.

On the video side, the iPhone SE can shoot 4K video at up to 60fps.

QuickTake also allows users to shoot their video and capture stills at the same time.

The iPhone SE has one of the best cameras in a smartphone on this price range. 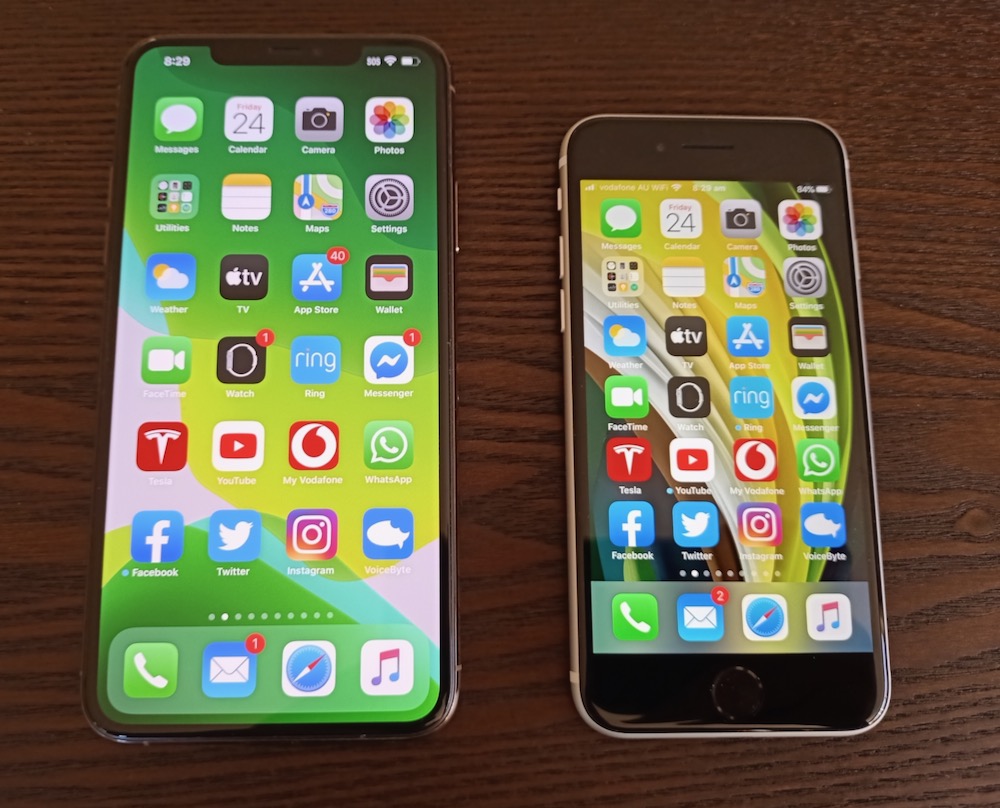 While Apple never reveals the capacity of its batteries, we’re thinking the iPhone SE, being so small and thin, wouldn’t be much more than 2,000mAh.

But despite this, the device still performed all day as our daily driver and required charging overnight.

Another addition to iPhone SE is Qi-certified wireless charging. 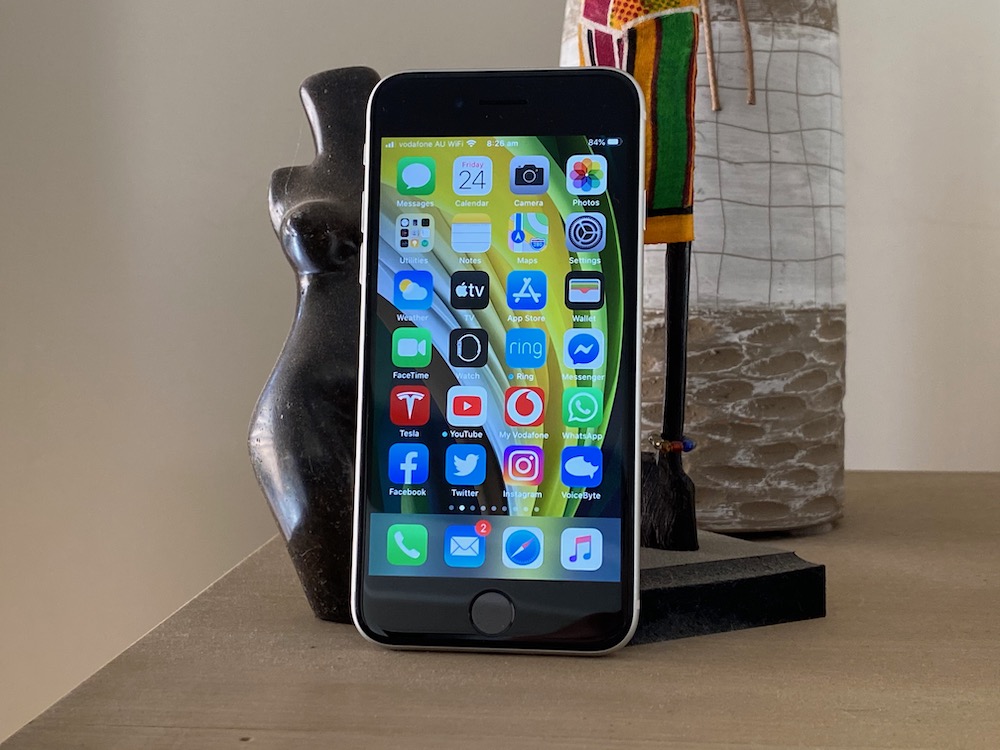 The iPhone SE is available now. 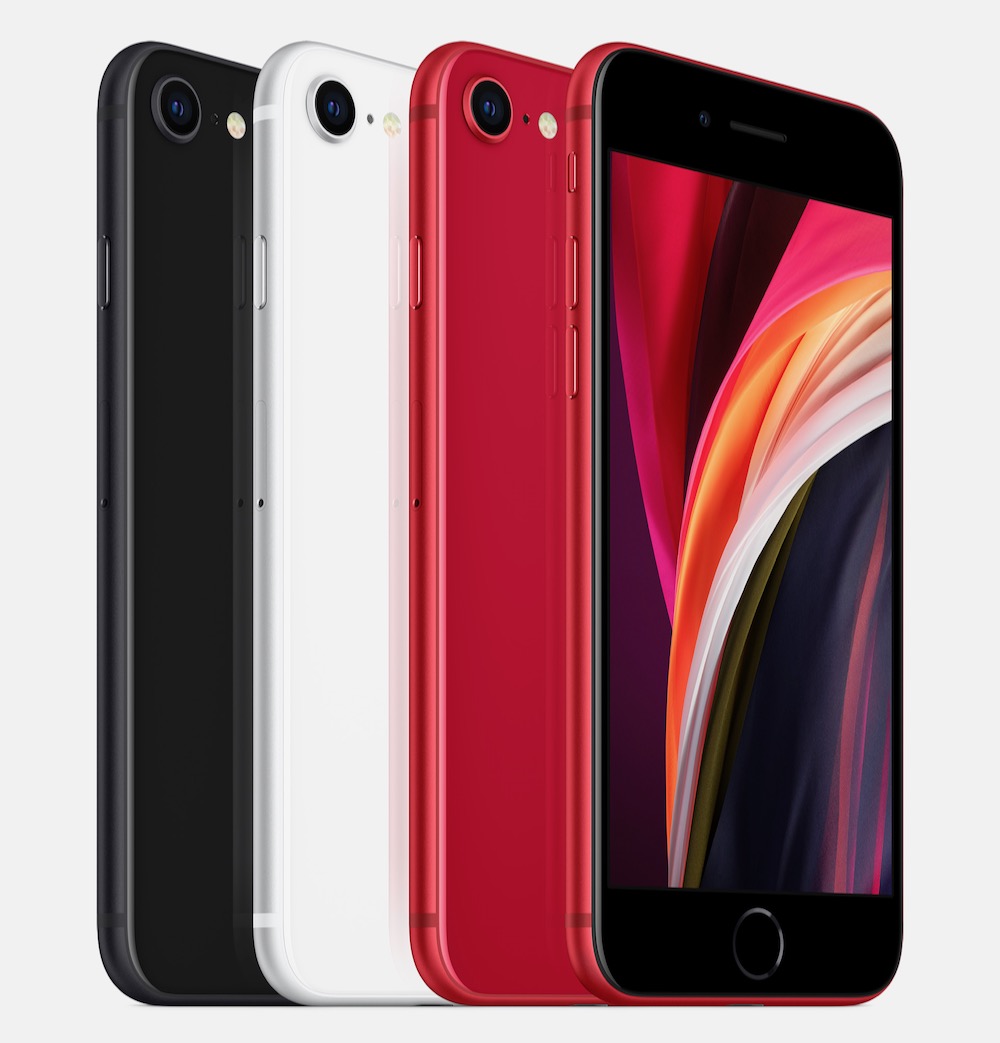 Apple has packed a lot in to the iPhone SE – it might look like an older phone on the outside but it has the latest technology on the inside. But it has the most important feature that many customers are looking for – it’s an iPhone.

How To Select An App Developer: A Beginner’s Guide