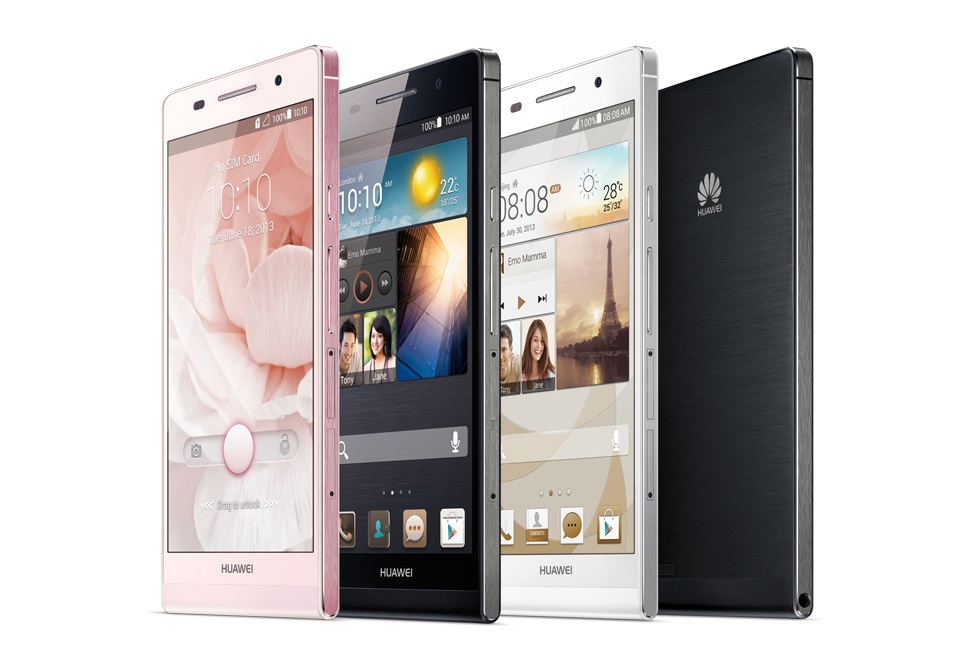 Huawei have launched a new smartphone – the Ascend P6 – which the progressive company claims is the world’s thinnest at just 6.18mm thick.

The svelte Ascend P6 has a sleek metallic body with a rounded bottom edge.

The device has a 4.7-inch screen as well as a 1.5Ghz quad-core processor and running Android’s latest 4.2.2 Jelly Bean operating system.

And while the Ascend P6 might be a slender 6.18mm thick and tipping the scales at just 120g, it’s still big on features including a 5-megapixel front camera and 8-megapixel rear camera with flash.

The front camera allows for high quality “selfies” and even includes facial-enhancing capabilities so you’ll be looking your best.

Also included is Huawei’s very own Emotion UI (user interface) which sits above the Android Jelly Bean operating system and offers a an easy way to navigate the apps and access the settings.

The Huawei Ascend P6 will be available in black, white and pink with matching cases.

There has not been a launch date announced for Australia but the company insists it will be released here.