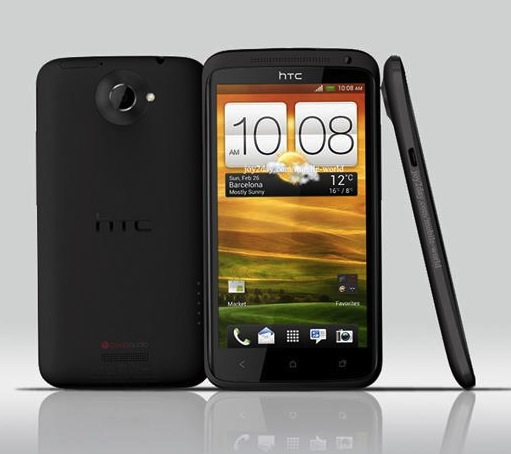 The HTC One XL is almost identical to the HTC One X – but there is one major difference – the XL is compatible with Telstra’s super fast 4G network.

On the design and performance side there are only a few slight differences between the two products which is what this review will be focussing on.

But it’s 4G that’s going to be the drawcard with the HTC One XL with the added network speed making it easier and faster to browse the web and upload and download files in 4G areas.

Telstra’s 4G network can be accessed in capital city CBDs, airports and more than 100 regional centres around the country.

The 4G footprint is growing and if you feel the need for speed, the HTC One XL should definitely be on your shopping list.

The HTC One XL and the One X are identical on the outside – just a different colour.

It has the same excellent 4.7-inch screen high definition screen and the same size and thickness (8.6mm).

There’s also an 8 megapixel camera and 32GB of internal storage. There is no way to expand the memory with a memory card slot.

One difference between the HTC One XL and the One X can be found under the hood – with a dual core processor instead of the quad core processor that’s found on the One X.

But the Qualcomm S4 processor of the One XL still makes the device just as fast and snappy as its stablemate.

The device is running Android 4.0 operating system but is also coated with the impressive HTC Sense user interface to allow users to customise different screens and scenes.

The speed of the device on 4G networks is also remarkable.

Business users who need to access and upload large files and also browse the web even faster will be well served by this device.

You can also take advantage of the 4G speed of the One XL by using it as a wi-fi hotspot to connect your other wireless devices like tablets and laptops at high speed.

But this exposes the Achilles heel of the HTC One XL – the battery.

Battery life got us through an entire work day but we found the Catch 22 was that the more access you have to 4G the faster you’re going to burn through the battery.

And if you plan on using the 4G wi-fi hotspot feature regularly then you’d better pack the charger as well because you could find yourself out of power by mid afternoon.

The battery is sealed into the device and cannot be accessed or replaced.

The HTC One XL is the most stylish 4G handset on the market. It is a fair way ahead of HTC’s first 4G effort – the Velocity – in terms of size and design.

The device offers an all-round faster experience both on board the device itself and out on Telstra’s 4G network.

The One XL is a feature-packed smartphone that will suit a wide range of users.

Cable Box can organise and hide all your cable clutter