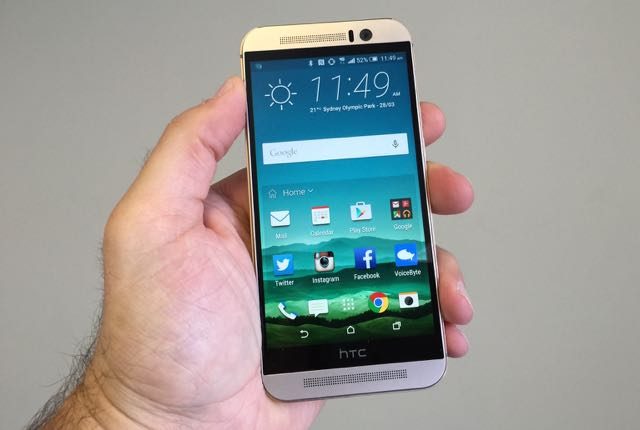 HTC knows that when you’re on a good thing – you stick to it. That was obviously the thinking behind its latest flagship smartphone – the One M9 – because it looks almost identical to last year’s popular model.

HTC have won a lot of fans since the One smartphone was released in 2013 – it was the device that elevated the company into the top tier to compete against the likes of Samsung and Apple.

And ever since HTC has been plugging away with tweaks and updates here and there.

This year’s model – the One M9 – has upped the ante in terms of build quality and finish.

Design-wise the One M9 does have some subtle differences to the One M8.

For a start the rear panel has less of a curve and rests in your hand comfortably. It is 9.61mm thick and weighs 157g.

The aluminium uni-body has been refined even further this year with a brushed metal finish and two-tone colour despite it being one piece of metal. 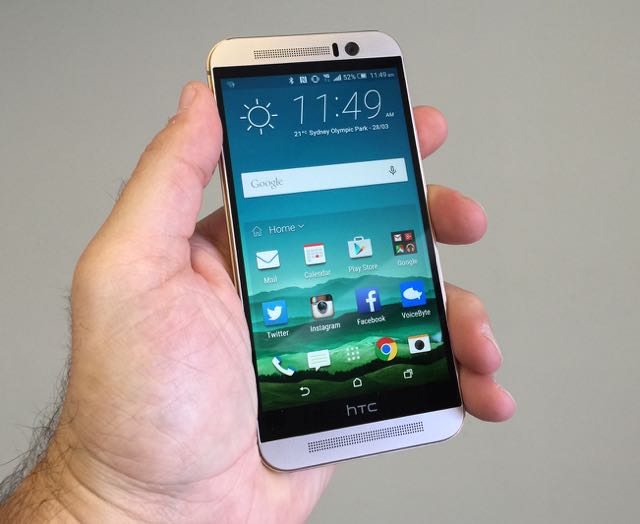 HTC was going for even higher quality and has succeeded. The high-class finish gives it a really premium feel. And that’s reflected in the $1,099 price tag.

The front face of the device hasn’t changed – and for that we are thankful because this is where you’ll find the two Boom front-facing speakers that make the HTC One M9 the best sounding smartphone you can buy. 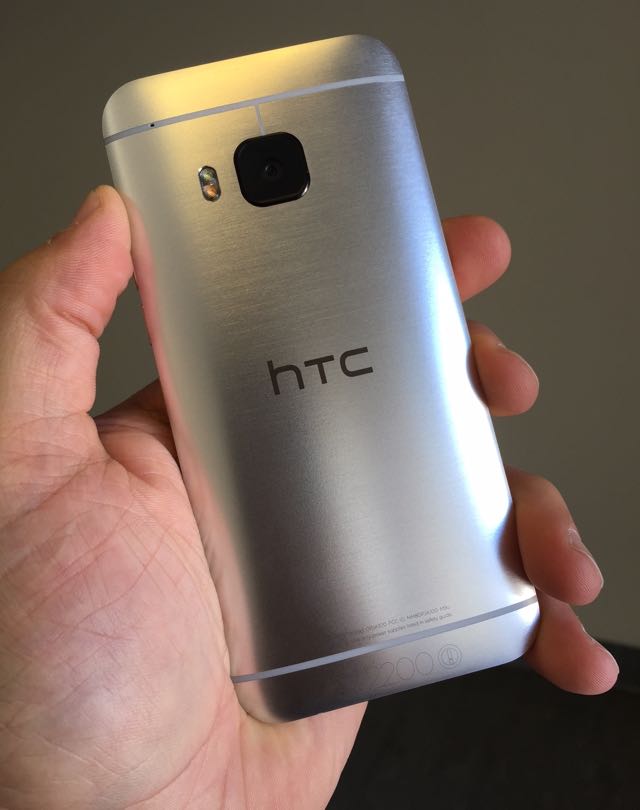 This time the speakers have Dolby enhancement to provide incredible 5.1 surround sound that you wouldn’t think was possible from a device this size.

If you have the HTC One M9, you can save your money and not bother to buy a Bluetooth speaker. The smartphone sounds just as good on its own.

One part of the re-design we didn’t like was the decision to move the lock key from the top to the side of the device.

It is now placed halfway down the right side below the volume keys and the microSD slot.

Initially we kept hitting the volume down key to lock the phone so it took a bit of getting used to before we aimed lower down the chassis to find the lock key.

Perhaps it could have located the power or the volume keys on the left edge – over on that side was the SIM card slot is all on its lonesome.

One other thing that’s been removed from the One M9 is the second camera lens that was introduced just a year ago on the M8 and, at the time, was heralded by the company like it was the next major breakthrough in mobile photography.

It mustn’t be that important to them if they got rid of it after a year.

But the camera has also had an enhancement. Up until now HTC had never put a specific megapixel value on their camera. It was only ever referred to as an Ultra Pixel camera.

It has reserved the Ultra Pixel name for its front-facing selfie camera.

This time HTC is only too happy to openly reveal the rear camera has a generous 20.7-megapixel resolution. But more about that later.

The HTC One M9 is running the latest Google Lollipop operating system with the impressive HTC Sense 7 UI (user interface) that gives the screens a clean look.

It has 3GB RAM onboard along with 32GB memory capacity plus an octa-core processor that really keeps things humming along nicely.

The One M9 is fast so you can skip around all the features, your apps and documents really quickly.

One cool feature is HTC Connect which lets you stream content from the phone to a set of connected speakers or a smart TV.

HTC One Gallery gathers all of your photos in one place in the cloud for easy viewing no matter where they are sitting whether they’re in your device or shared to social media. And the pics are also searchable.

Now getting back to the HTC’s camera, despite it’s whopping 20.7-megapixel resolution the pictures are impressive but lack a little bit of warmth. The are also slightly washed out.

For our review we took a series of images with the HTC One M9 and took the same picture with the iPhone 6 Plus – a device with an 8-megapixel camera.

In most cases the iPhone’s images had a little more depth, definition and colour accuracy is superior.

So it shows that it doesn’t matter how big your megapixels are – it’s what you do with them that counts.

In the case of the HTC One M9 the hardware is already there and it will only take a tweak of the camera’s image processing software to bring it up to its full potential.

As it stands the camera is still above average but it can – and it will – get better.

On the battery side the HTC One M9 easily lasted an entire day and into the evening with heavy use so no complaints here.

Although there are some devices that last longer – it’s only because they are larger and therefore have larger batteries.

The HTC One M9 is a solid improvement over last year’s model and will easily hold its own against the Android competition this year.

The fact the One M9 has a microSD card slot as well as 32GB of internal memory may also sway people towards HTC if it comes down to a choice between this phone and the upcoming Samsung Galaxy S6 – which has done away with the microSD card slot.

The HTC One M9 offers a premium look and a premium experience and a set of speakers that have to be heard to be believed.