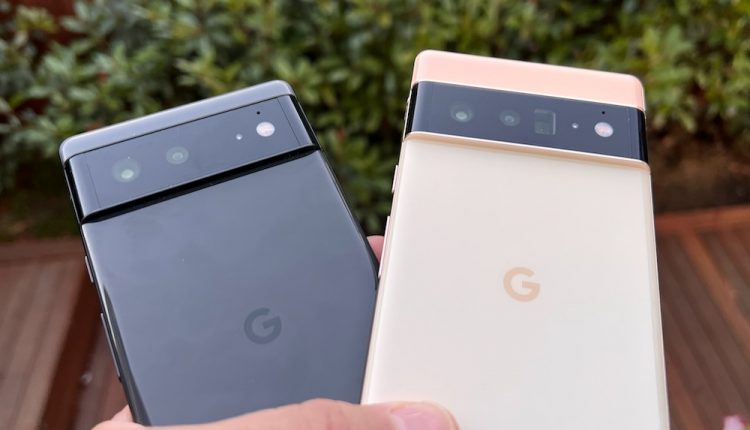 Google has hit a home run with the Pixel 6 and Pixel 6 Pro which have standout features and excellent performance that will stand them up well to really compete with Apple and Samsung.

The new Pixel 6 and Pixel 6 Pro are beyond a doubt Google’s best ever smartphones with remarkable performance, striking and sleek designs and intelligent features that can’t be found anywhere else.

The Pixel smartphones haven’t quite had the same appeal in the flagship space as Apple’s iPhone and Samsung devices.

But the Pixel 6 and Pixel 6 Pro a set to change all that.

These new devices are among the most advanced smartphones on the market today.

The build quality is impressive along with the sleek design and colour choices.

It also has an excellent camera system, quality displays and 5G connectivity like no other smartphone available in Australia.

And, of course, it’s also running the brand new Android 12 operating system with themed icons and a range of new widgets to include on your home page. 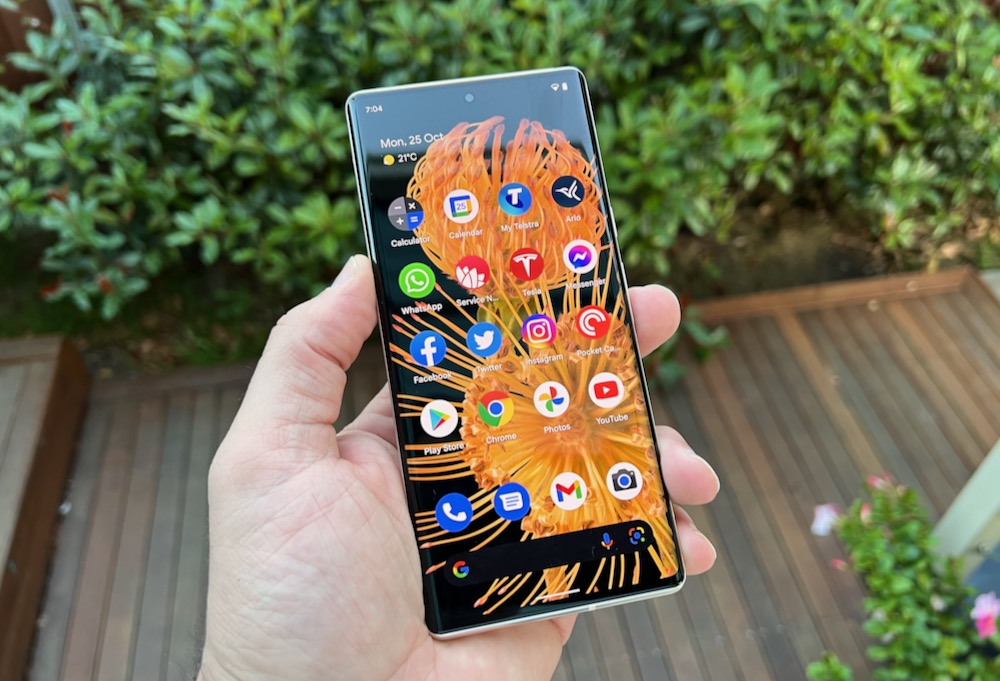 The new Google Pixel 6 smartphones have a new industrial design and use new materials to come up with an all-new feel and finish.

The Pixel 6 has a 6.4-inch display and a matte aluminium finish while the Pixel 6 Pro has a 6.7-inch screen and a more premium look thanks to a polished aluminium frame to give it some shine. 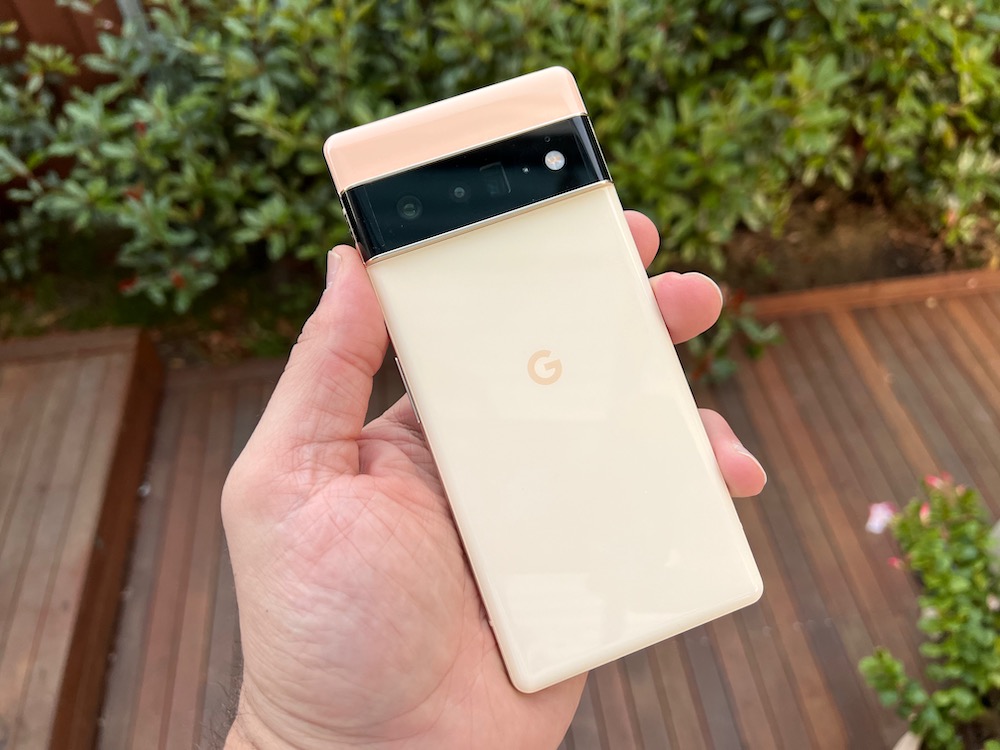 The rear panel has a two-tone finish above and below the camera system.

There is also a rather pronounced camera bump that runs horizontally across the complete width of the rear panel.

The bump protrudes about 3mm above the rear surface. That’s nothing new for a smartphone – in fact it’s in line with other camera bumps you’ll find on the iPhone 12 and 13 and Samsung Galaxy S21. 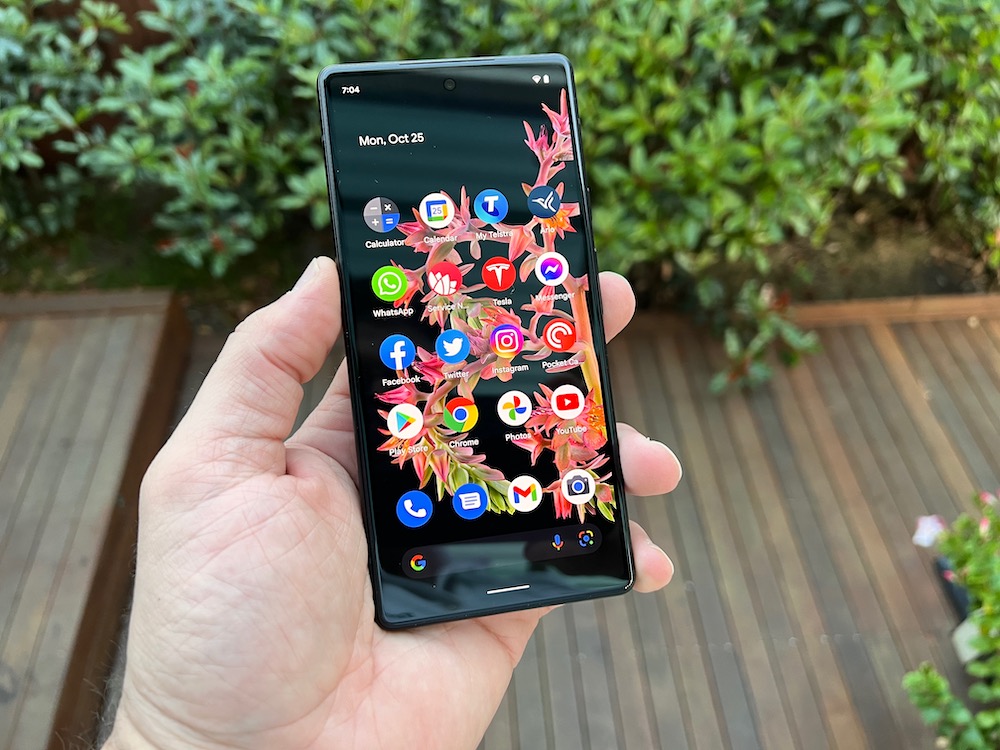 Android 12 has a fresh new look and makes its appearance for the first time on the Google Pixel 6 and Pixel 6 Pro smartphones.

The interface has changed not only in looks but also in colour and character to give users even more personalization options.

The notification shade has also been redesigned and is more intuitive and offers a better view of your notifications and the media you’re currently listening to or watching. 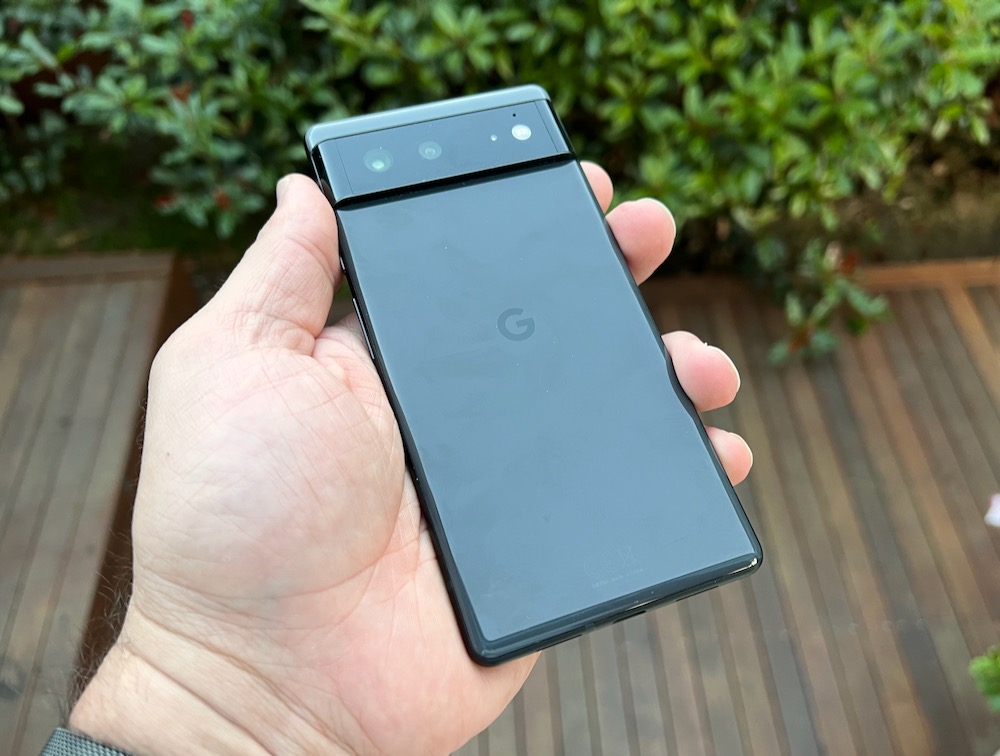 The Pixel 6 has a 6.4-inch display while the Pixel 6 Pro has a 6.7-inch screen and a 120Hz refresh rate so scrolling, playing games, moving between apps and watching movies is smoother and more responsive.

The Pixel 6 display refresh rate can run at up to 90Hz.

The refresh rate on both devices can adapt to what you are viewing on your screen and ramp up when needed but also come down to as low as 10 Hertz when viewing static images or reading a web page so it has less of an impact on the battery.

The Google Tensor or chip is the first processor designed by Google and is custom made for Pixel.

It also offers up to 80 per cent faster performance than Pixel 5.

For our review, we found Pixel 6 was a lot smoother when scrolling between screens and also faster when launching apps. 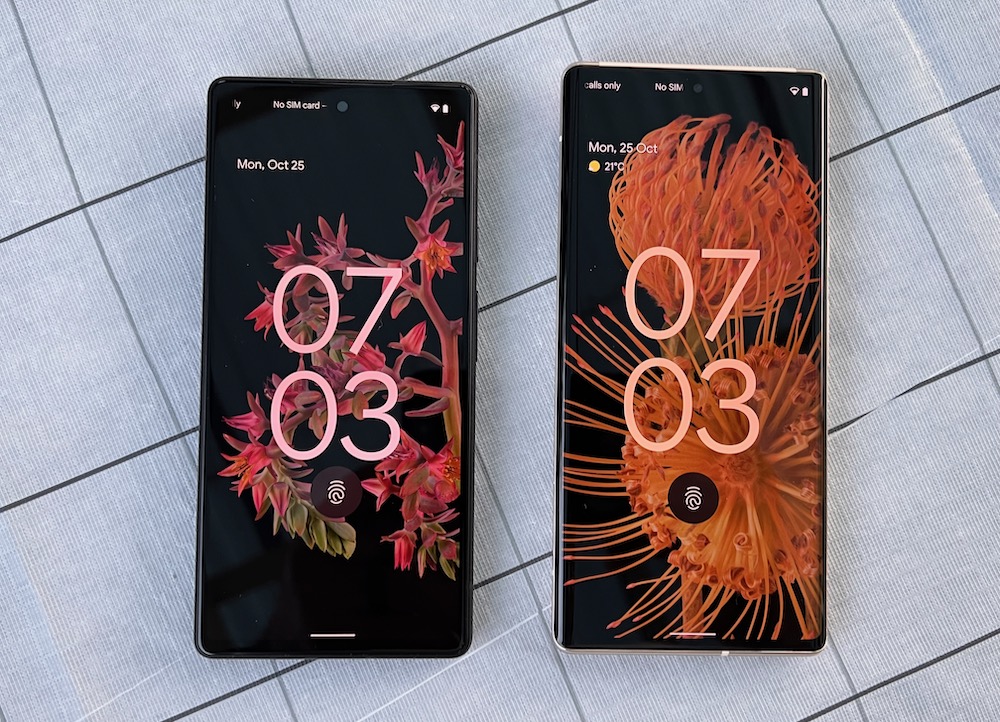 Even when playing games or using other high-powered apps, we noticed the Google Tensor chip didn’t even break a sweat and offered a smooth and fast performance.

You can really tell how snappy the chip really is when opening and closing apps, moving between pages and editing pictures and videos on the device.

That new chip also delivers on-device AI for some of the stand out features including speech recognition and live translate.

This additional computing power really kicks up the device’s machine learning game and enables a lot of ambitious features that just wouldn’t be possible with a regular processor.

Once again, the camera system on the Google Pixel 6 and Pixel 6 Pro do not disappoint.

The Pixel 6 Pro moves up to three cameras including a 50-megapixel main sensor, 12 megapixel ultra-wide and 40-megapixel telephoto which offer 4x optical zoom through this periscope lens.

We expected nothing less from these Pixel 6 cameras.

What really caught our eye were the new camera features that allows you to do some creative editing.

The first is Magic Eraser which allows you to easily remove objects from your image.

it’s a little bit like Photoshop where you can manually circle an object to remove it.

It doesn’t always work at the first attempt but that depends on the type of background and the size of the object you are erasing.

For example, if there is a person in the background of your image it’s pretty easy to eliminate them.

If it’s a little more complicated, Magic Eraser might not be the best option.

But what we really liked was how it could recognise background objects and suggest for them to be removed.

We took a shot of some trees and there were power lines in the background.

The Pixel 6 immediately recognised the power lines and had them highlighted as a suggestion for removal.

When we accepted the option it was amazing how cleanly it removed those objects. 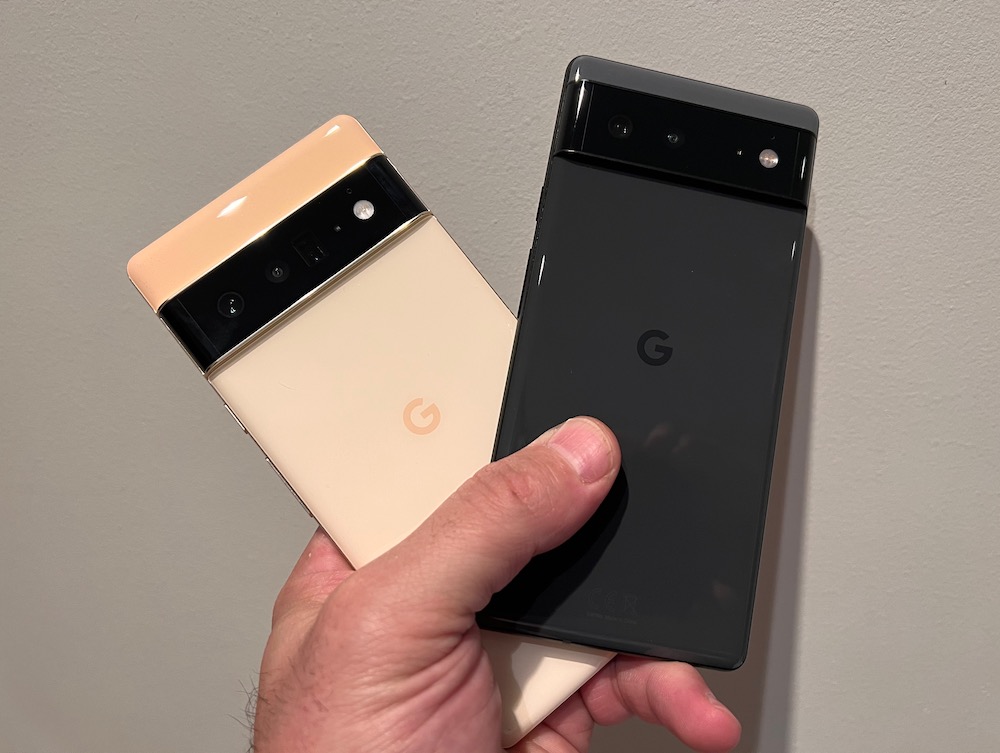 Other features like face blur can make a slightly moving subject a little clearer.

This is a feature you will love if you have young kids who might not be able to sit still for a photograph.

Real tone can be activated to provide the most accurate skin tone and naturally match the nuances for all people of all nationalities as authentically as possible.

This is another feature that works hand in hand with the machine learning and image processing and brings in an algorithm to work out the most accurate skin tone.

Both the Pixel 6 and Pixel 6 pro can shoot 4K video at up to 60 frames per second With HDR that can be processed in real time so you’re getting the most accurate and vivid colours in your video. 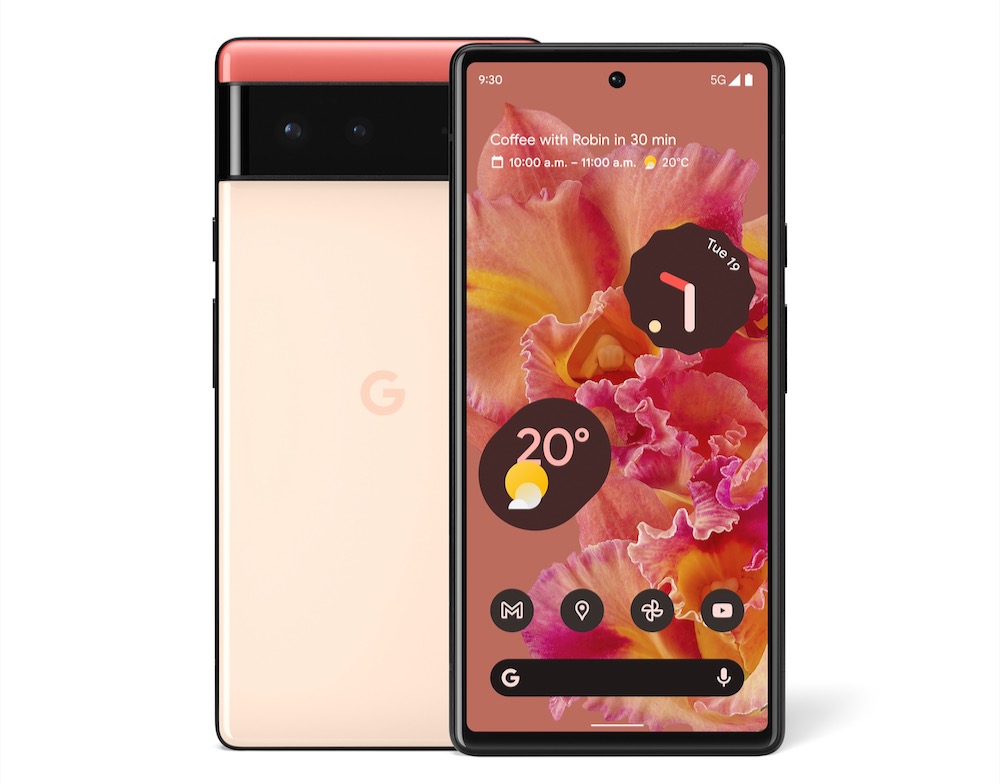 The Pixel 6 Pro is the first smartphone in Australia to include radios for both mmWave and Sub 6.

Australia’s 5G network is made up mostly of Sub 6 and most smartphones released this year, including the iPhone 13, only cater for that platform.

But mmWave is being deployed by all the telcos, including Telstra, in areas of intensive customer demand like transport hubs, shopping centres, airports, sports stadiums and tourist hotspots.

In fact, Telstra achieved a speed of 3.6Gbps in the Sydney CBD using the new Google Pixel 6 Pro.

So, in terms of being suitable as more mmWave 5G is available, the Pixel 6 Pro has got your back and is ready to connect in these areas. 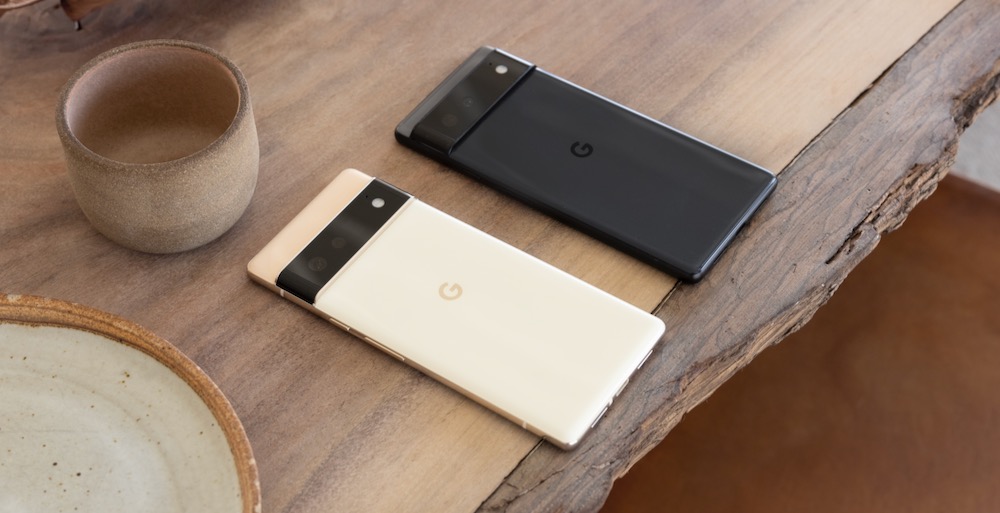 On the security side, the Pixel 6 and Pixel 6 Pro have an in-screen fingerprint reader. It worked instantly most of the time but there were occasions where it took four scans to recognise our fingerprint.

But the devices also have layers of hardware security with five years of security updates.

There is a security hub and offers protection from hackers and phishing in messaging apps.

The Pixel 6 also gives you more control over your privacy with the ability to turn your mics and cameras off and choose when apps can use them.

Battery performance on the Pixel 6 and Pixel 6 Pro is excellent thanks to that Tensor chip which creates real power efficiencies.

What also helps is the adaptive preferences which can extend the life of your phone based on your usage.

The extreme battery saver can extend your battery life even further if you are running low on power by pausing most apps and notifications and only giving you the most important notifications or messages.

For our review, the batteries cruised through a day and a half of use before we needed to recharge. 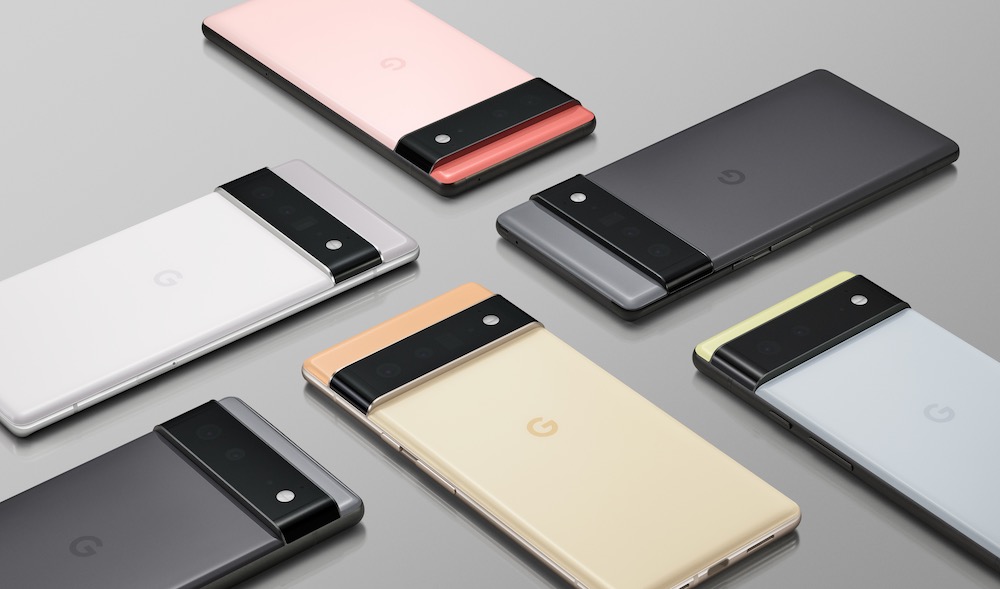 The devices also can also handle 30W wired fast charge which we go from 1 per cent to 50 per cent in about 30 minutes.

There is no charger with the device, only a USB-C cable. The 30W charger is sold separately.

Google has hit a home run with the Pixel 6 and Pixel 6 Pro which have standout features and excellent performance that will stand them up well to really compete with Apple and Samsung.