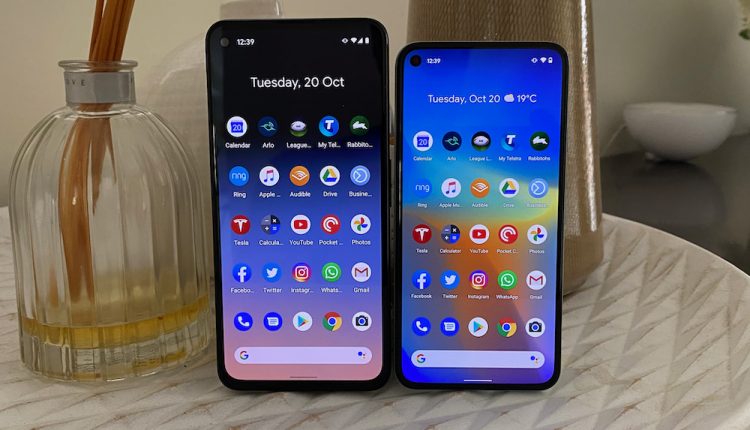 The Pixel 5 and Pixel 4a (5G) deliver a great smartphone experience for customers with a number of new and relevant features like an excellent camera, design and 5G connectivity that’s been all brought together into a compelling package.

Google is now offering not one but two 5G devices – the Pixel 4a (5G) and the Pixel 5  – with both offering Android 11, excellent camera and more affordable prices to make them even more attractive to customers.

There are many 5G phones on the market right now and, until last week’s reveal of the iPhone 12 5G, they were all Android devices.

The Google Pixel phones have become even more popular ever since Google priced them more aggressively.

The early versions of Google’s Pixel smartphones were priced as high as the iPhone and Samsung Galaxy devices.

It didn’t take Google long to see the light and now the Pixel phones are more popular than ever.

What’s also helped their popularity is the clean pure Android interface and the excellent camera onboard as well. 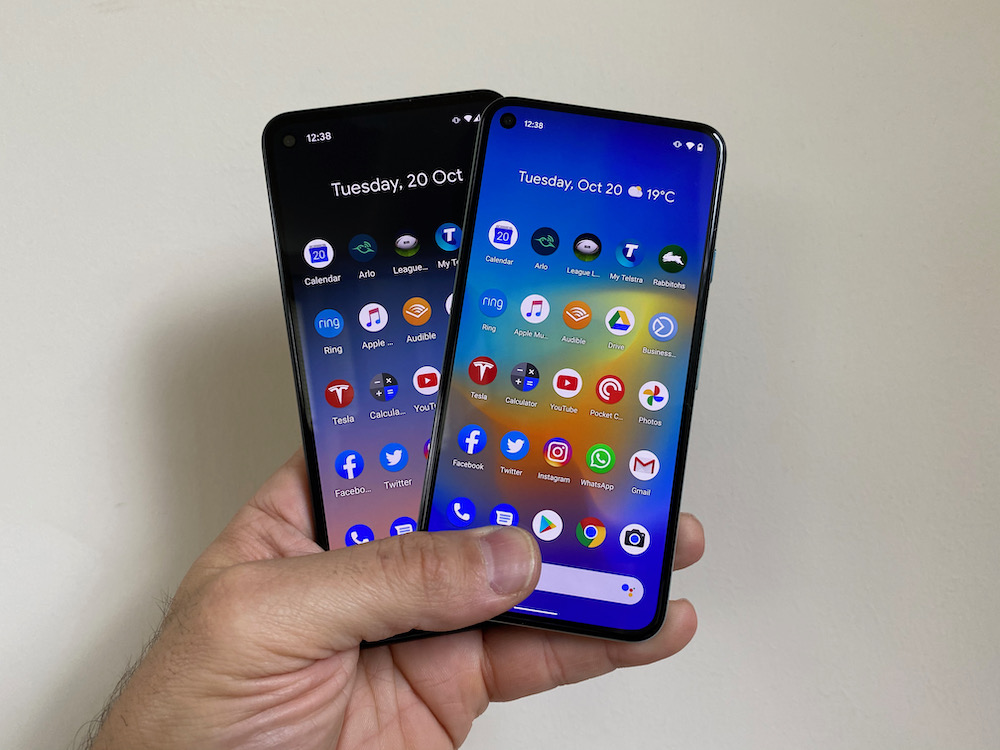 The Smooth Display feature increases the screen’s refresh rate from 60Hz to 90Hz for some content and apps so it looks a little smoother but it does impact the battery slightly.

Most users won’t even know the difference unless it’s pointed out to them.

Other flagship phones like Samsung Galaxy S20 and Galaxy Note20 actually have optional 120Hz refresh rates which can be activated in the settings.

In terms of actual screen quality and pixel count – the Pixel 4a (5G) and the Pixel 5 are on par.

They also have the same hole punch in the top left corner of the screen for the front-facing 8-megapixel camera.

On the design side, the two Pixels are also identical with gently curved edges and a soft feel rear panel and a fingerprint reader on the back which is easy to reach to unlock the phone instantly.

The other difference between the Pixel 4a (5G) and Pixel 5 is the Pixel 5 has an IPX8 rating which makes it water resistant and also has wireless charging.

Under the hood the Pixel 5 has 8GB RAM while the Pixel 4a (5G) has 6GB but they are both powered by the same Qualcomm Snapdragon 765G octa-core processor so they are both fast and responsive. 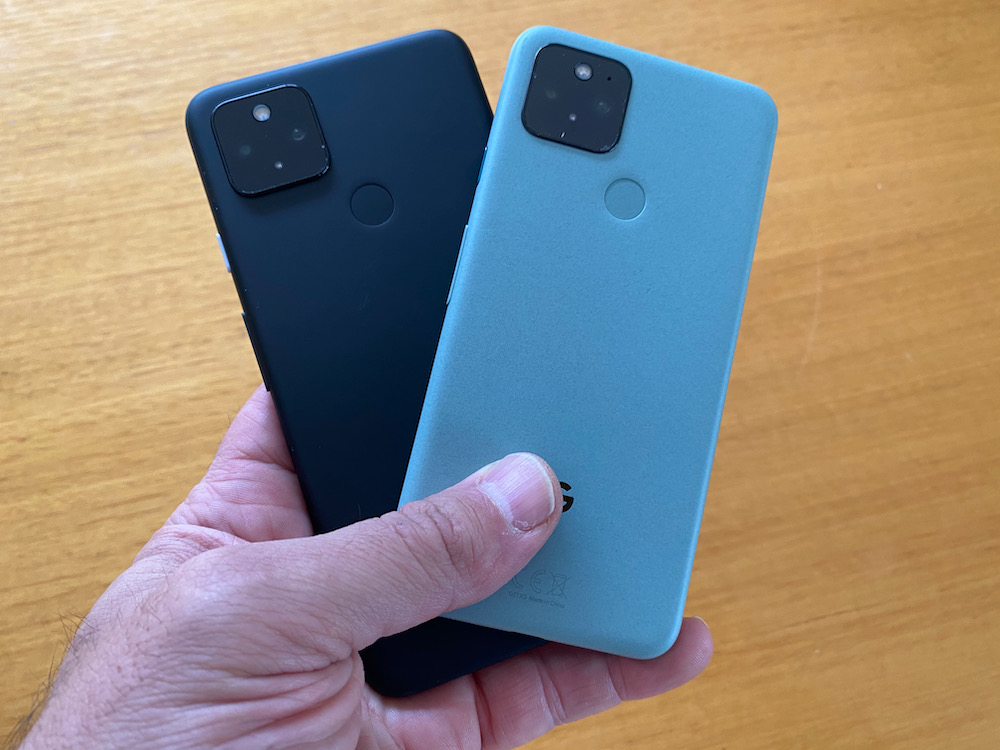 They are also running the latest Android 11 operating system.

And, of course, they are also both 5G devices.

We had our Telstra SIM card onboard both and often found we were in 5G areas.

The Pixel phones will only indicate 5G on the top of the screen – if you’re on 4G you’ll just see the signal strength. 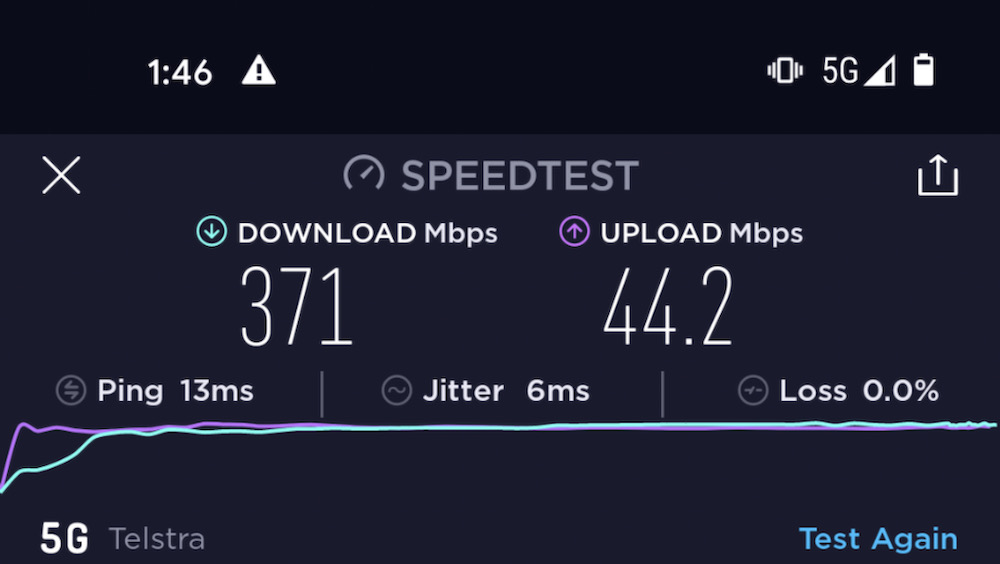 We did perform some speed tests when we saw 5G appear on the screen and fastest download speed we got was 371Mbps in Surry Hills in Sydney.

Having this sort of speed comes in handy when streaming content and making Duo video calls and for Zoom meetings.

It also makes it easier and faster to access your own content that may be stored in the cloud because the Pixel still does not offer expandable memory.

So if you have extra pictures and videos and documents they can be stored on Google Drive or any number of other cloud storage solutions.

If there was one difference between the Pixel 5 and the Pixel 4a (5G) you’d think it would be the camera.

The camera has always been one of the strongest features of the Pixel phones even when they only has one lens while other brands were just adding lenses to improve their image quality.

This time out the Pixel 4a (5G) and the Pixel 5 have the same dual camera system which includes 12.2-megapixel dual pixel and 16-megapixel ultrawide lenses.

And they both also have remarkable features including Night Shot, Top Shot and Portrait Mode.

The Pixel cameras have once again proved to be among the best you can find on a smartphone.

Generally images are sharp and bright with Top Shot taking several images before and after pressing the shutter button.

It then uses AI to examine all of the frames before offering you best choice.

The Night Shot – where you can take shots in virtual darkness is even better with these new models.

Battery life was exceptional on both with the Pixel 5 running for up two days when we used it as our daily driver.

The Pixel 4a (5G) is also no slouch with easily a day of half of use between charges. 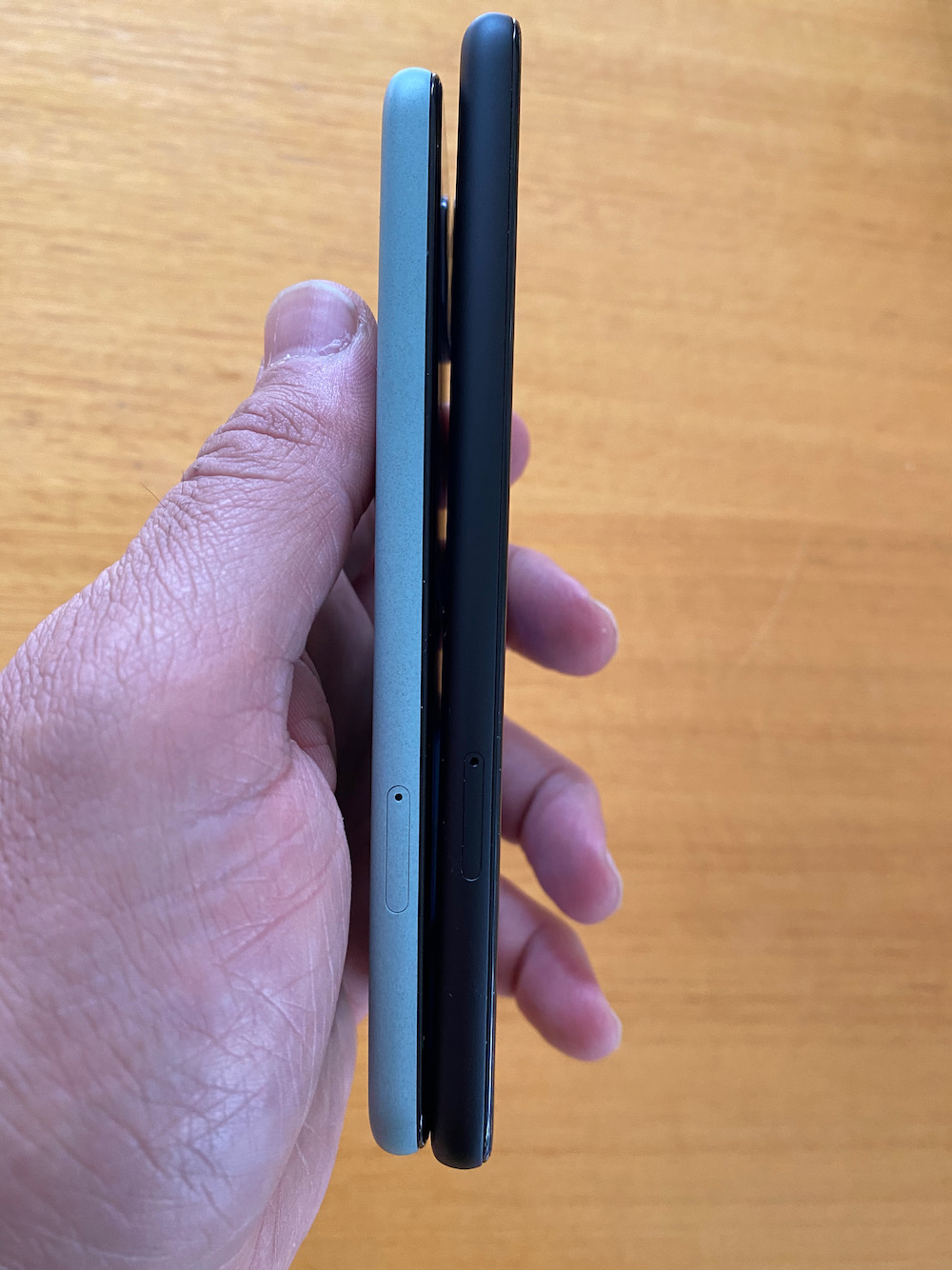 They both also have fast charging with the Pixel 5 also including fast wireless charging.

The Google Pixel 5 also has battery share so you can charge other devices like earphones and other wireless-compatible smartphones just by resting them on the rear panel.

The Pixel 4a (5G) also has a headphone jack – not so with the Pixel 5 so it’s wireless or bust. 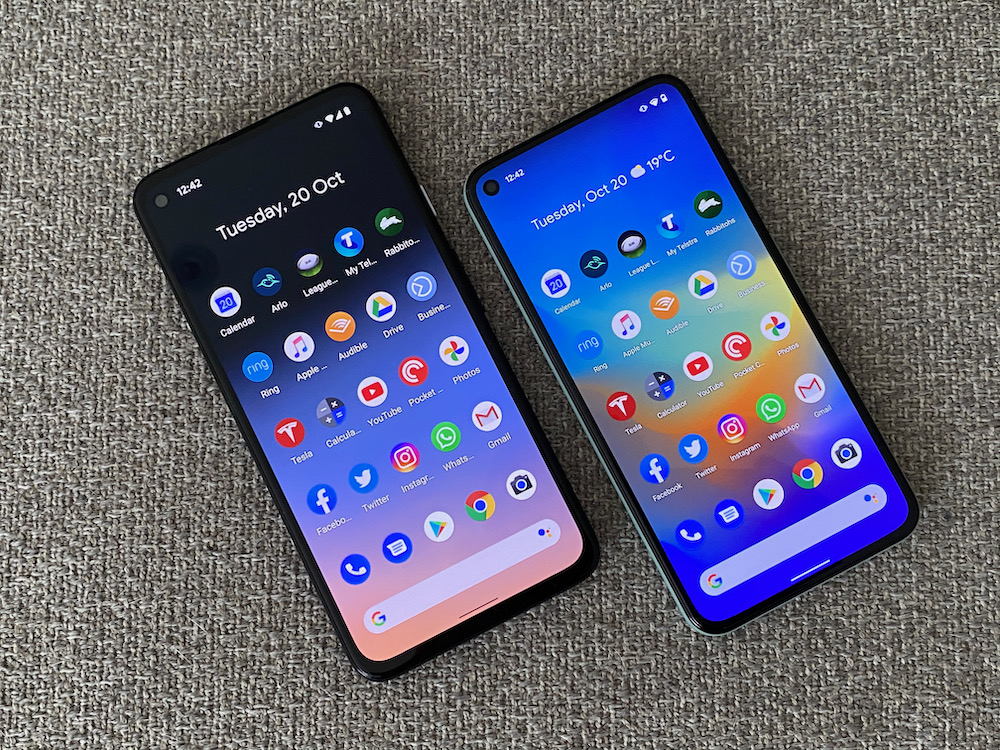 The Pixel 5 and Pixel 4 (5G) are affordable 5G phones priced under $1,000 and they are packed with features that appeal to modern smartphone users – including that great camera.

The real value we feel lies with the Pixel 4a (5G) which is $200 cheaper than the Pixel 5 but has a larger screen, the same camera and processor.

If you want a slightly better, albeit smaller, display and wireless charging and want the peace of kind of water resistance then the Pixel 5 is for you.

The Pixel 5 and Pixel 4a (5G) deliver a great smartphone experience for customers with a number of new and relevant features like an excellent camera, design and 5G connectivity that’s been all brought together into a compelling package.