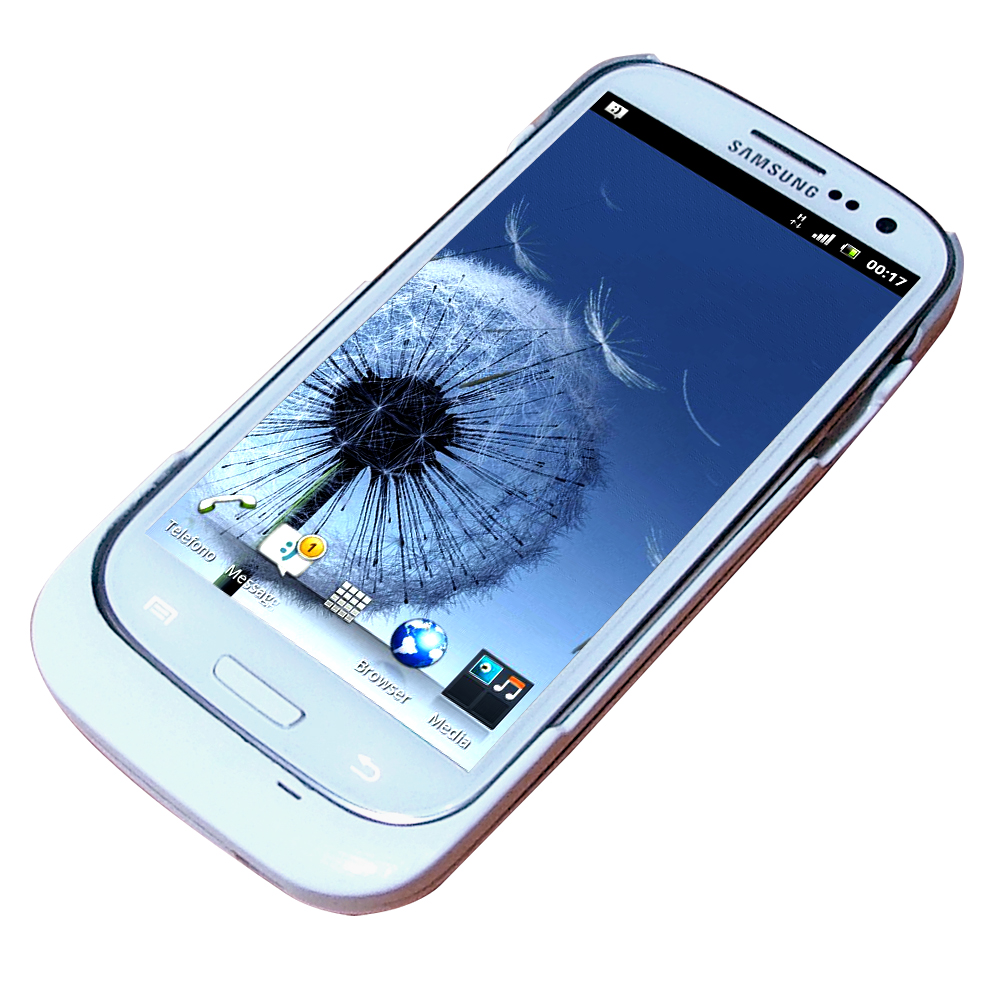 With the popularity of the Samsung Galaxy S III there is now a huge selection of accessories – including the Droidax Power Pack which can extend the device’s battery life.

The Power Pack actually serves two functions – as a protective case and as a battery extender.

As a protective case the Droidax Power Pack doesn’t add too much bulk to the device.

The top portion of the case detaches to allow the Galaxy S III to be inserted securely and then clips firmly in place.

Users will notice a micro USB plug at the bottom of the case which lines up with the port on the bottom edge of the Galaxy S III.

This is how the device can be charged on the go using the built-in 2300 mAh rechargeable battery within the case.

On the back of the case is an on/off switch which activates and deactivates the Droidax Power Pack’s charger.

Below the on/off button are four LEDs which indicate the remaining power of the internal battery.

The battery on board Droidax Power Pack can be recharged through it’s very own micro USB port and, once it’s fully charged, it provides a handy reservoir of power for the power user.

In fact the Power Pack can extend the already impressive Galaxy S III’s battery by 75 per cent. That can add nearly a whole working day of use.

Also on board the Droidax device is a high quality chipset to ensure against short-circuiting, over-current and overcharging.

The Power Pack also supports data syncing so connecting your sync cable to the cases micro USB port will connect all the way through to the Galaxy S III without having to remove the case.

The Droidax Power Pack is available in Blue and Pearl White to match the Samsung Galaxy S III’s colours and is priced at $49.95.