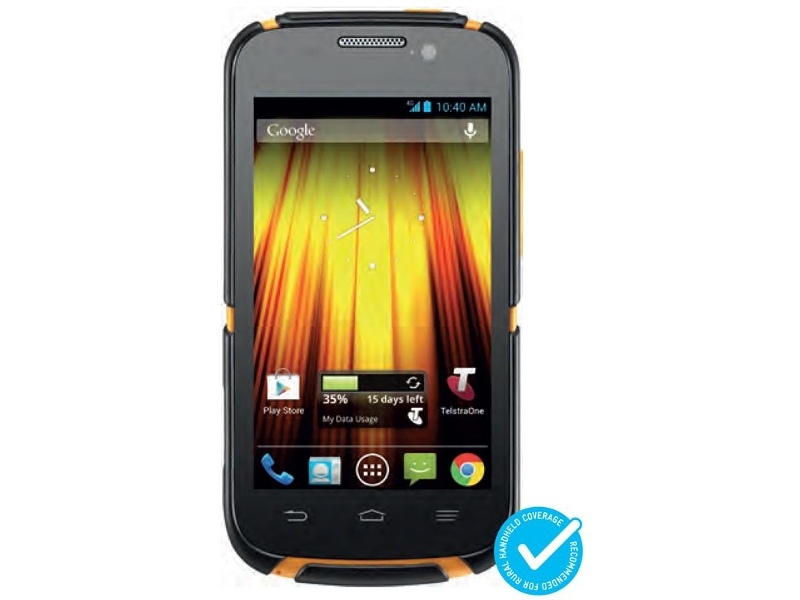 We’re a clumsy bunch when it comes to handling our mobile phones with research revealing three in five Australian damage or break their phones.

It was this reason Telstra decided to release Dave – a rugged 4-inch Android smartphone that can handle the bumps and scrapes.

A new Telstra survey of 1000 showed that 79 per cent of the damage we cause to our devices is because of our own blundering fingers.

The report showed that water damage is the second most popular cause of phone damage. One in 10 even admitted they’ve dropped their device down the toilet.

That wouldn’t be a problem with Telstra’s Dave – it’s waterproof.

Telstra decided to test the products durability by giving it to some competitors who were completing the gruelling 20kn Tough Mudder obstacle race.

It’s also interesting that Telstra decided to give the device a person’s name instead of a model number.

It’s called Dave because you can rely on it like it’s a real mate.

The research uncovered the most popular and most unusual ways we have damaged our phones.

Apart from dropping the smartphone or getting it wet – either down the toilet or getting in the rain – other responses included having it stepped on by a camel, getting raw egg into the charging socket, having it chewed on by a pet and left on roofs of cars before driving off.

What this research indicates is that mobile users need a device that’s going to stand up to the often-damaging rigors of day-to-day life.

Having a device that is shockproof, dustproof and waterproof like Telstra’s Dave can give your device plenty of second chances.

In fact the device can stay submerged in a metre of water for up to 30 minutes.

It’s also a useful product to have if you’re working or playing outdoors whether you’re a tradesman or an adventurer.

Telstra’s Dave has a 4-inch display, a 1.2Ghz dual core processor on board, a 5-megapixel camera and it can be used on Telstra’s 4G network.