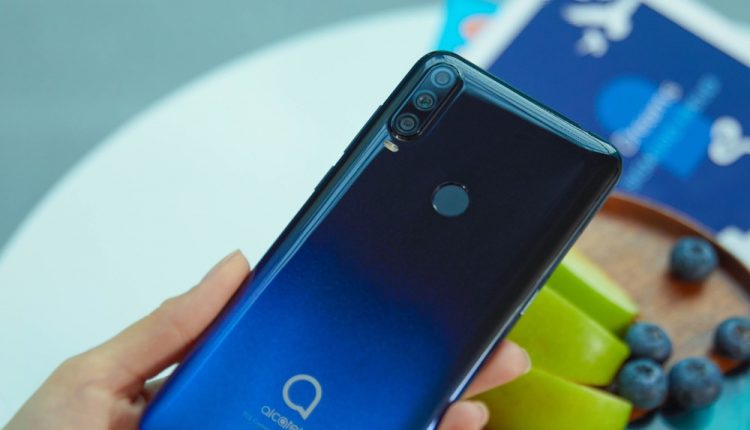 The Alcatel 3L doesn’t just look good on paper with its impressive feature list – it delivers in reality as well and can hold its own against other smartphones that cost hundreds of dollars more.

There are a lot of impressive budget smartphones available and the Alcatel 3L, priced at just $199 with a 48-megapixel camera and a 6.22-inch HD+ display, is definitely one of them.

Alcatel has redefined the meaning of the word value with the new 3L with a number of features you’d see on devices that cost upwards of $1000 including a triple camera system, 4000mAh battery and fingerprint security and face unlock.

The Alcatel 3L is a nicely designed smartphone that’s both thin (8.5mm) and light (165g) with curved edges similar to an iPhone.

There’s a small notch at the top of the screen for the front facing 8-megapixel f/2.0 wide angle camera which has HDR (high dynamic range) and the ability to shoot full high definition 1080p at 30 frames per second.

But it’s on the back where you’ll find the impressive triple camera system which includes a 48-megapixel f/1.8 wide angle camera, a 5-megapixel f/2.4 ultra-wide camera with depth sensor and a 2-megapixel f/2.4 macro camera.

Users can also shoot full definition video at 30fps through the rear camera. It’s not 4K but still respectable quality for a phone that costs less than $200.

Images are bright and colour accurate whether you’re shooting a scene, landscape a panorama or people. 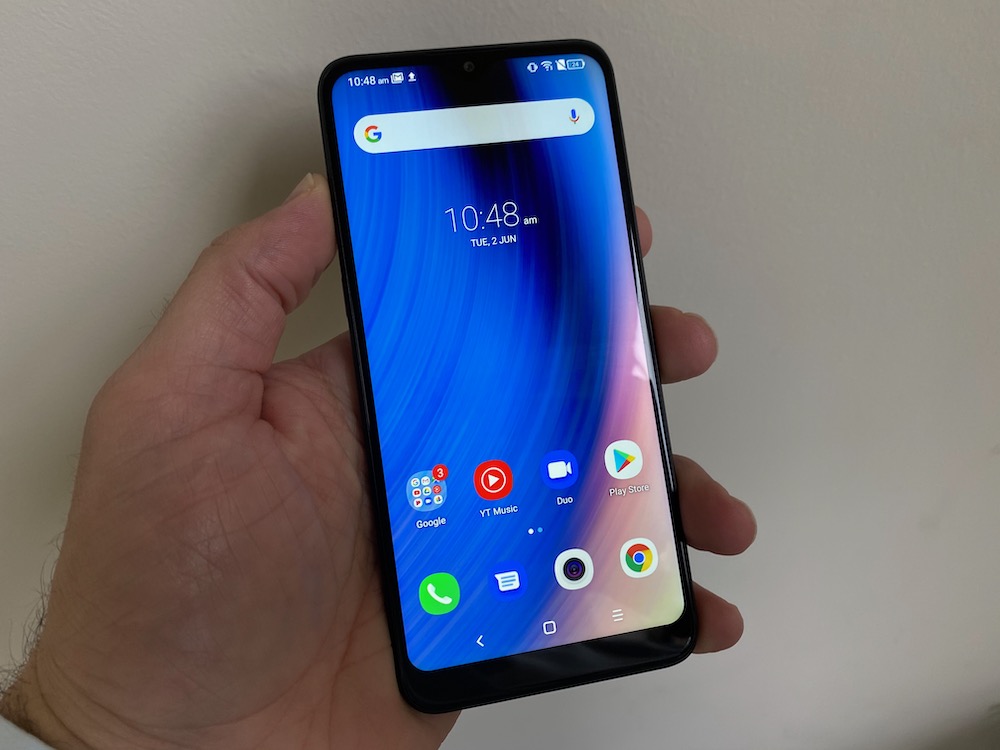 The Alcatel 3L camera has also got you covered if you want to capture a portrait shot with your subject in focus in the foreground and a nice background blur.

And if you want to really get up close to your subject the macro mode works really well.

On the performance side the Alcatel 3L is powered by an octa-core 2Ghz  processor so it’s very responsive and quick to open apps and switch between them. 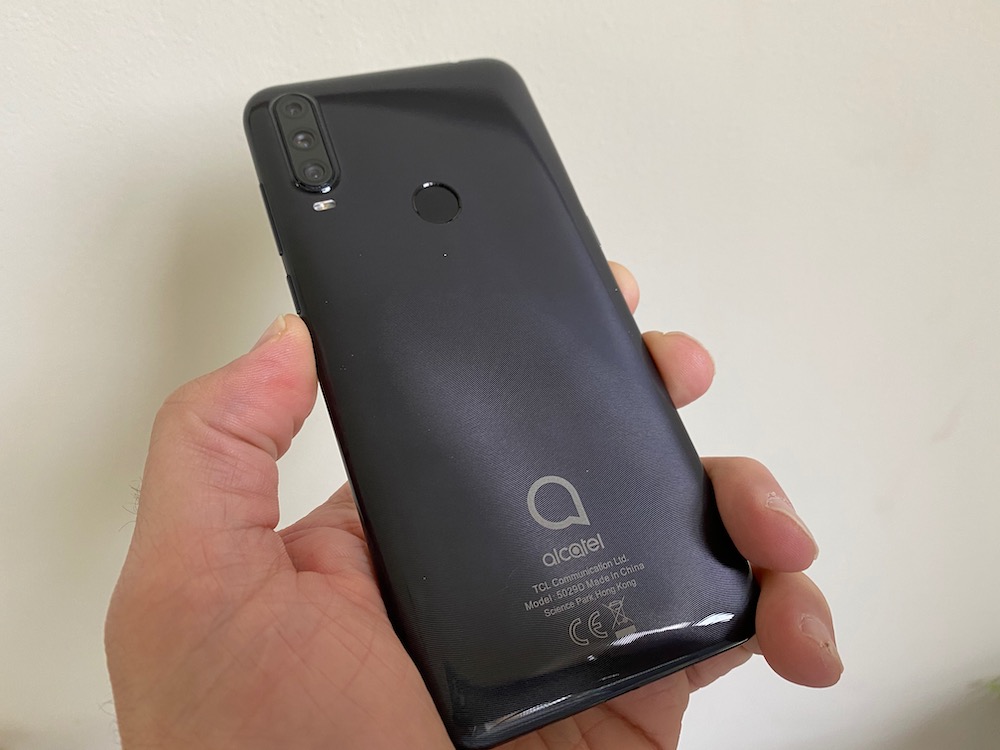 The device is also running the Android 10 operating system with a clean minimal user interface which means smooth and easy navigation.

Despite being a $199 smartphone, Alcatel hasn’t skimped on the security. 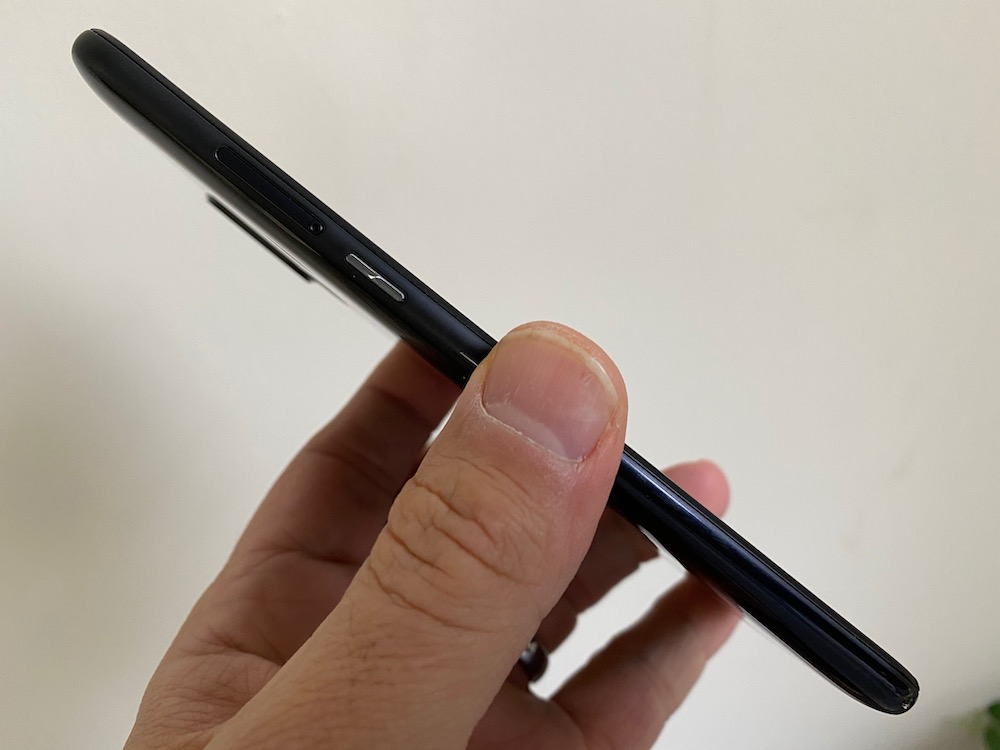 The Alcatel 3L has a fingerprint reader on the rear panel which, after a fingerprint is registered by user, unlocks the device instantly.

The device also has a face unlock feature which means you only need to look at the 3L to unlock it. 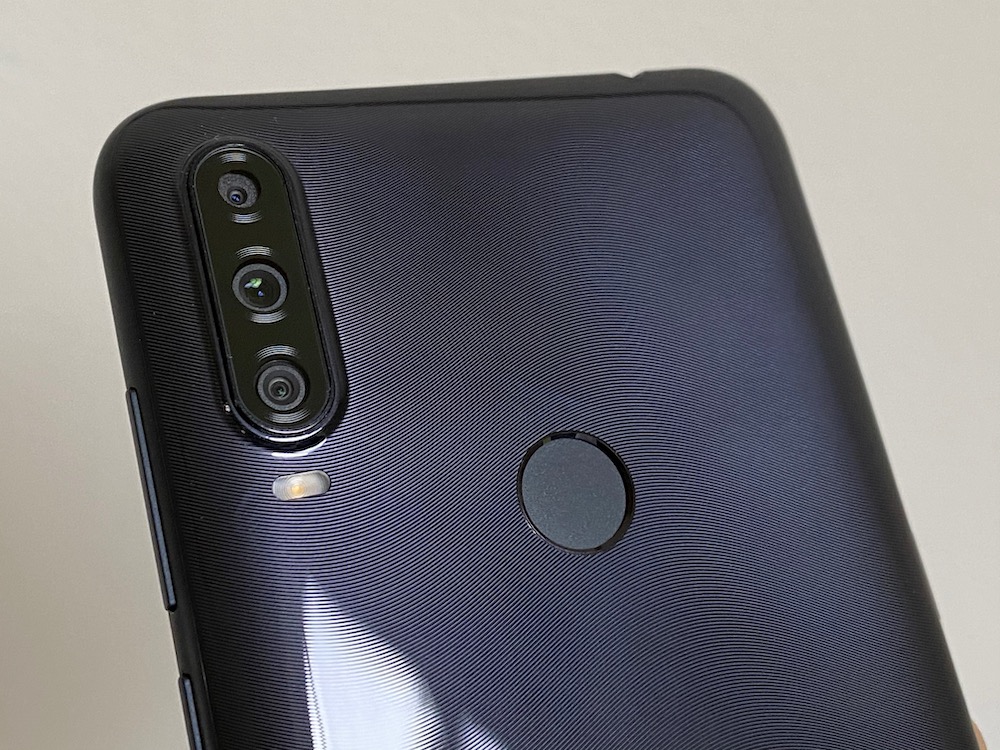 Hard to believe you get that level of security on a device of this price. But that’s Alcatel for you – always pushing the limits of value and offering customers more bang for their buck. 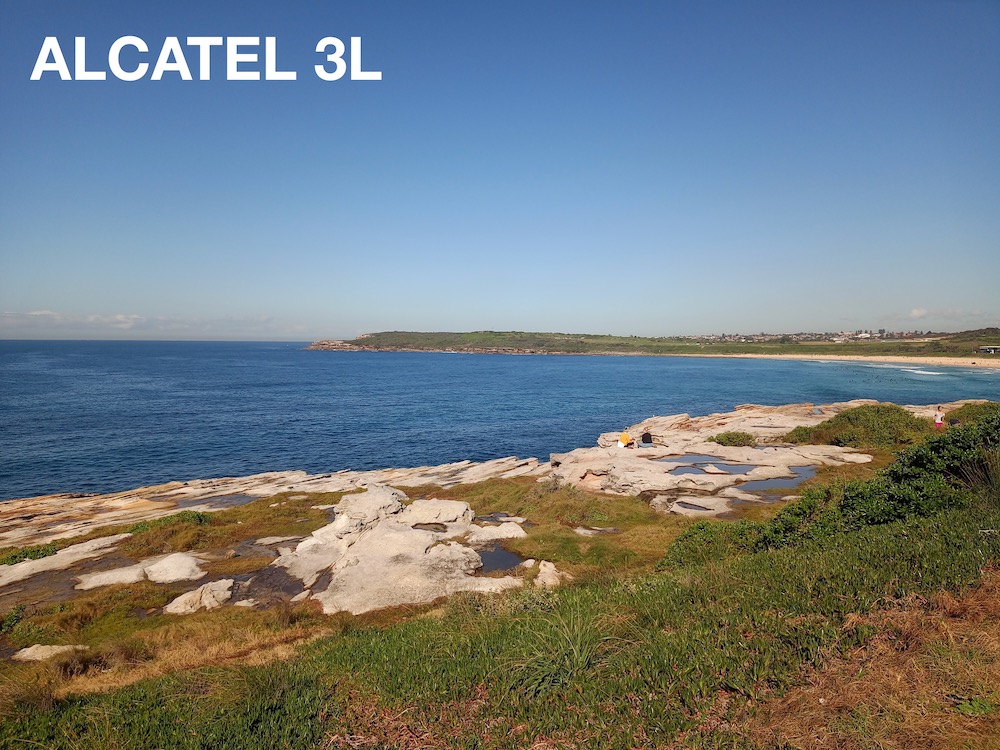 And the battery has also got your back with a 4,000mAh capacity which, for our review, lasted a day and half before we had to reach for the charger. 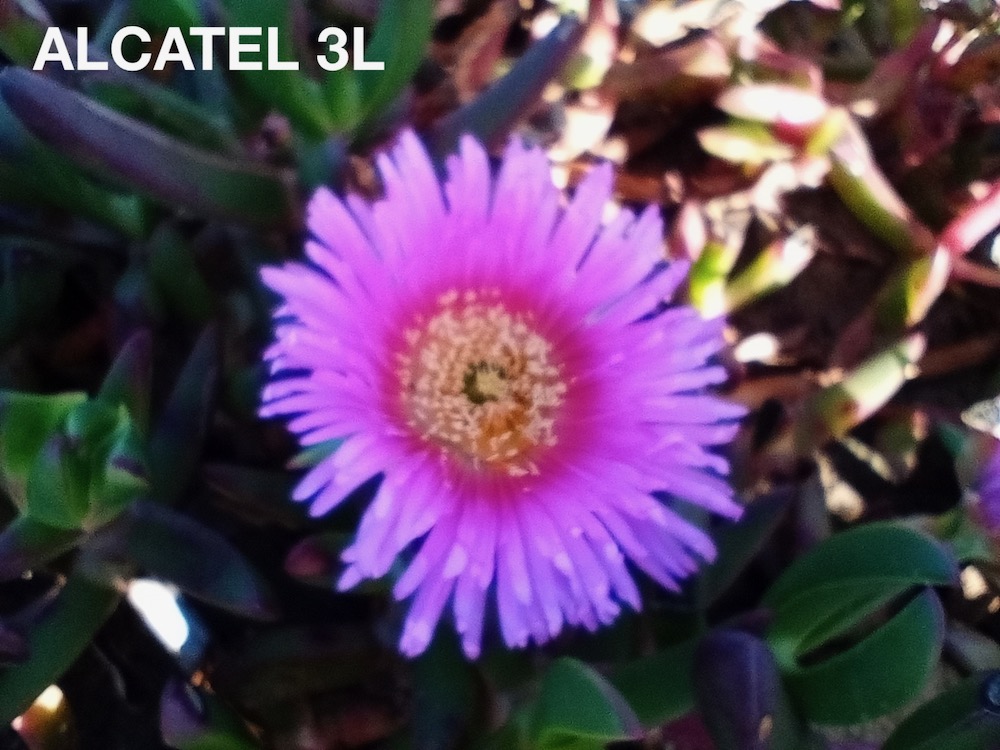 Alcatel has also retained a headphone jack for those that want to plug in their headphones and also Bluetooth if you want to connect wirelessly. 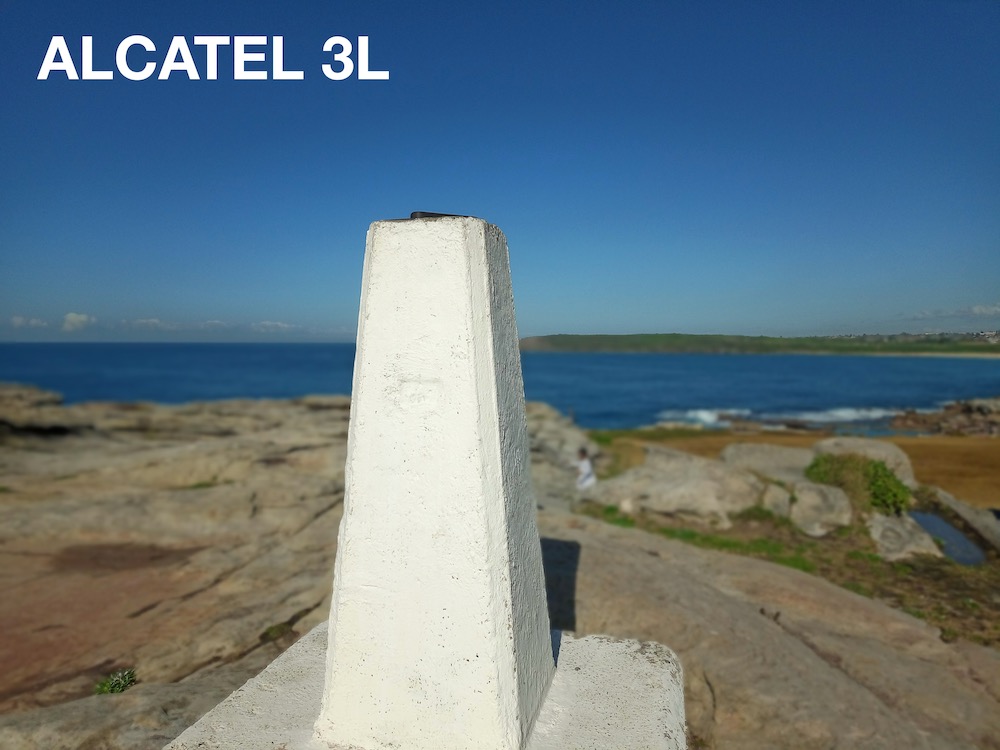 But the Alcatel 3L it is not water resistant so handle with care.

Here’s a device that delivers a lot for price. It is available now for $199 from Vodafone stores.

The Alcatel 3L doesn’t just look good on paper with its impressive feature list – it delivers in reality as well and can hold its own against other smartphones that cost hundreds of dollars more.