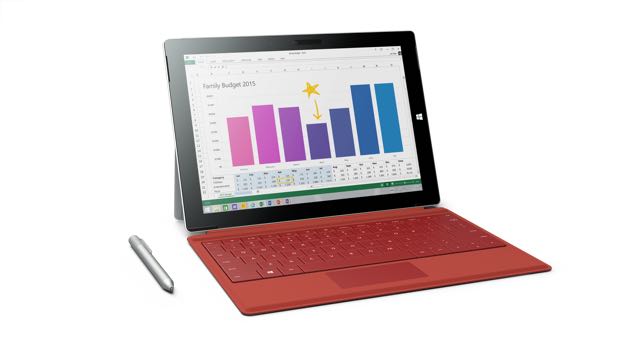 Microsoft, once known as mainly a software company, has been busy on the hardware front lately with its Surface tablets and its latest – the Surface 3 – may well be its most popular ever.

We’ve already seen three iterations of the Surface Pro family of powerful tablets that were heavily marketed as a cool laptop replacement.

But Microsoft listened to its customers who were crying out for a product that was more in their price range. The result is the Surface 3 tablet. 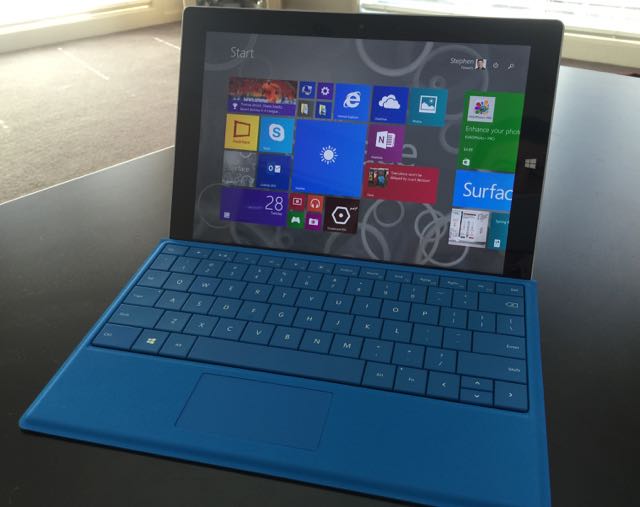 It is a smaller and more affordable version of the Surface Pro 3 and is aimed at students, schools and customers looking for an affordable, portable and yet capable device. 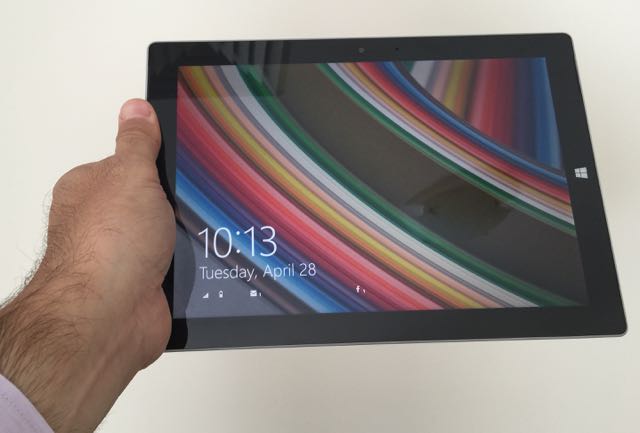 It measures 26.7cm x 18.7cm and is just 8.7mm thick. It is powered by a quad-core Intel Atom x7 processor and is running a full version of Windows 8.1 which can be updated to Windows 10 for free when it’s released. 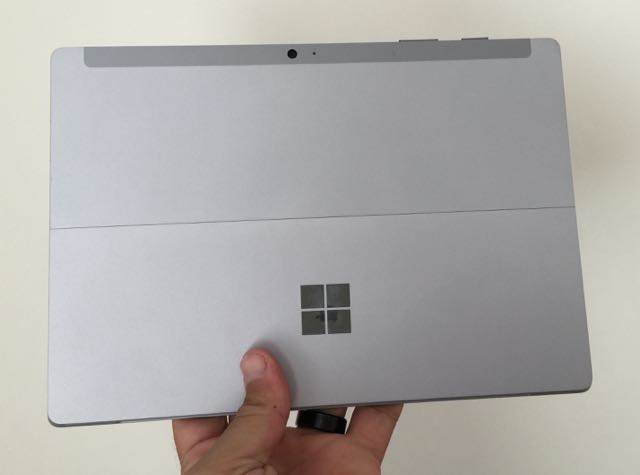 These prices put the Surface 3 into the same ballpark as Apple’s ever popular iPad which is currently dominating this part of the tablet market.

The things that the Surface 3 has to its advantage is the fact it is running the same operating system as a full-blown laptop or desktop computer giving users the same experience on the go.

Surface also has the connectivity options that iPad users can only dream of – a full size USB 3.0 port, a MiniDisplay port, microUSB charging/sync port and a microSD card slot to expand the onboard memory.

It also has a kick stand that can be adjusted in three different positions for ideal typing and viewing angles. You need to buy a case to do the same thing with the iPad.

The Surface 3 has 802.11ac wireless connection but for those requiring a constant connection there will be a Surface 3 4G LTE edition which will offer the same specs as the wireless models and be priced at $839 (2GB and 64GB storage) and $979 (4GB and 128GB storage). 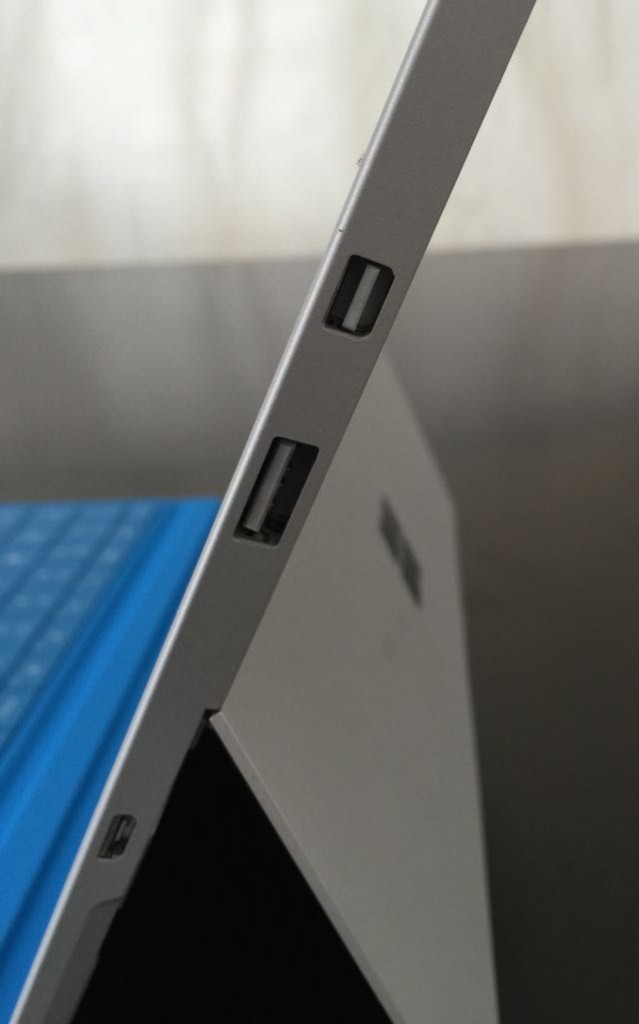 Users can also purchase the Surface 3 Type Cover (a little steep at $179.99) which provides a full keyboard and trackpad so you can truly enjoy a laptop-like experience when you need to.

The keyboard attaches to the Surface 3 magnetically and sits at a comfortable typing angle.

The keys are smooth and responsive and will allow users to be even more productive whether you’re using the tablet at school, university or at work.

But one downside about the new keyboard – it is still a little a noisy to type on.

And when you’re done typing, simply fold the keyboard up to protect the Surface 3’s screen.

With a full version of Windows onboard this means the Surface 3 can run the popular Office 365 suite of applications like Outlook, Word, PowerPoint and Excel.

Anyone buying the Surface 3 tablet receives a free one-year subscription to Office 365.

It’s also possible to link the device to your OneDrive cloud storage account so your documents can be accessible from all of your Windows devices and computers.

On the performance side, the Surface 3 does not disappoint. It runs apps to full desktop versions of Windows software.

There are also two full HD cameras on board the device – a rear 8-megapixel auto focus camera and a 5-megapixel front facing camera.

When in tablet mode it’s a lot easier to interact with the device’s excellent display. Users can also draw on the screen with the optional Surface Pen ($59.95) which really opens up the device for designer and artists.

Another optional accessory is the Docking Station ($279.99) which makes it possible to turn the Surface 3 tablet into a desktop solution. 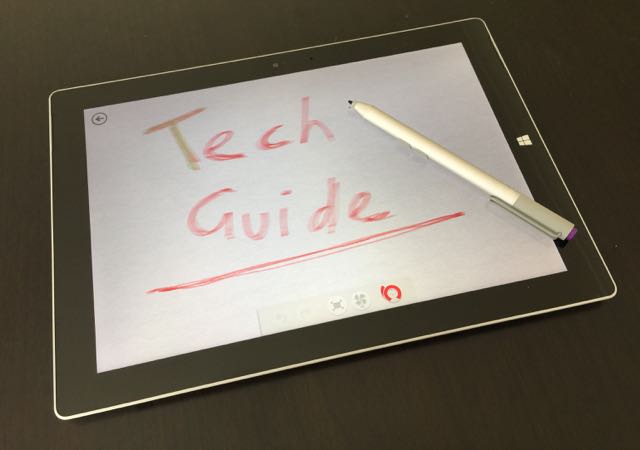 The dock has a MiniDisplay port to connect a monitor along with an Ethernet port for a reliable wired connection. There’s also a power supply input, two USB 3.0 ports, two USB 2.0 ports, a 3.5mm audio jack and a place where you can store Surface Pen.

The Microsoft Surface 3 tablet will go on sale on May 5 and is available for pre-order here.

Microsoft has really delivered with the Surface 3 tablet. It is a device that’s affordable and yet offers the power and versatility that will meet the need of a wide range of customers.