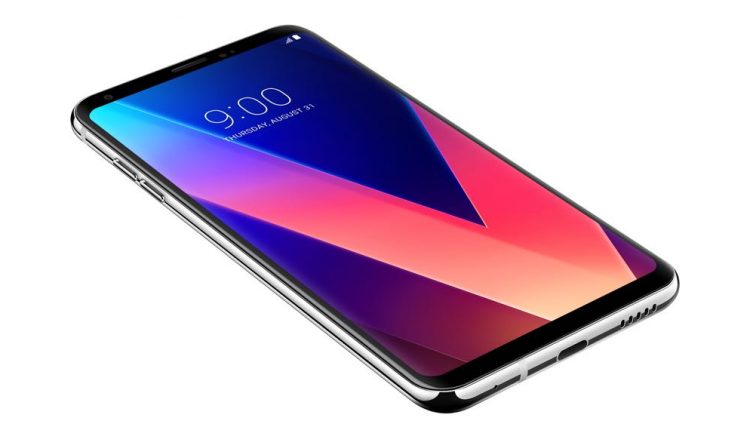 While everyone’s been making a fuss over the iPhone X, the Google Pixel 2 and the Samsung Galaxy Note8, LG has quietly released the V30 smartphone that’s in the same class as these highly-fancied competitors.

Pricewise, LG’s V30 is also a few hundred dollars cheaper than its premium rivals but can still match them for features.

The device has a striking design with a dazzling display, a remarkable camera and numerous other features.

The LG V30 has an all-screen, button-free front face, like most of the other top shelf smartphones, but rather than being long and thin like the competition, it is shaped like a regular phone.

It fits in a 6-inch screen and yet is still comfortable to use with one hand. 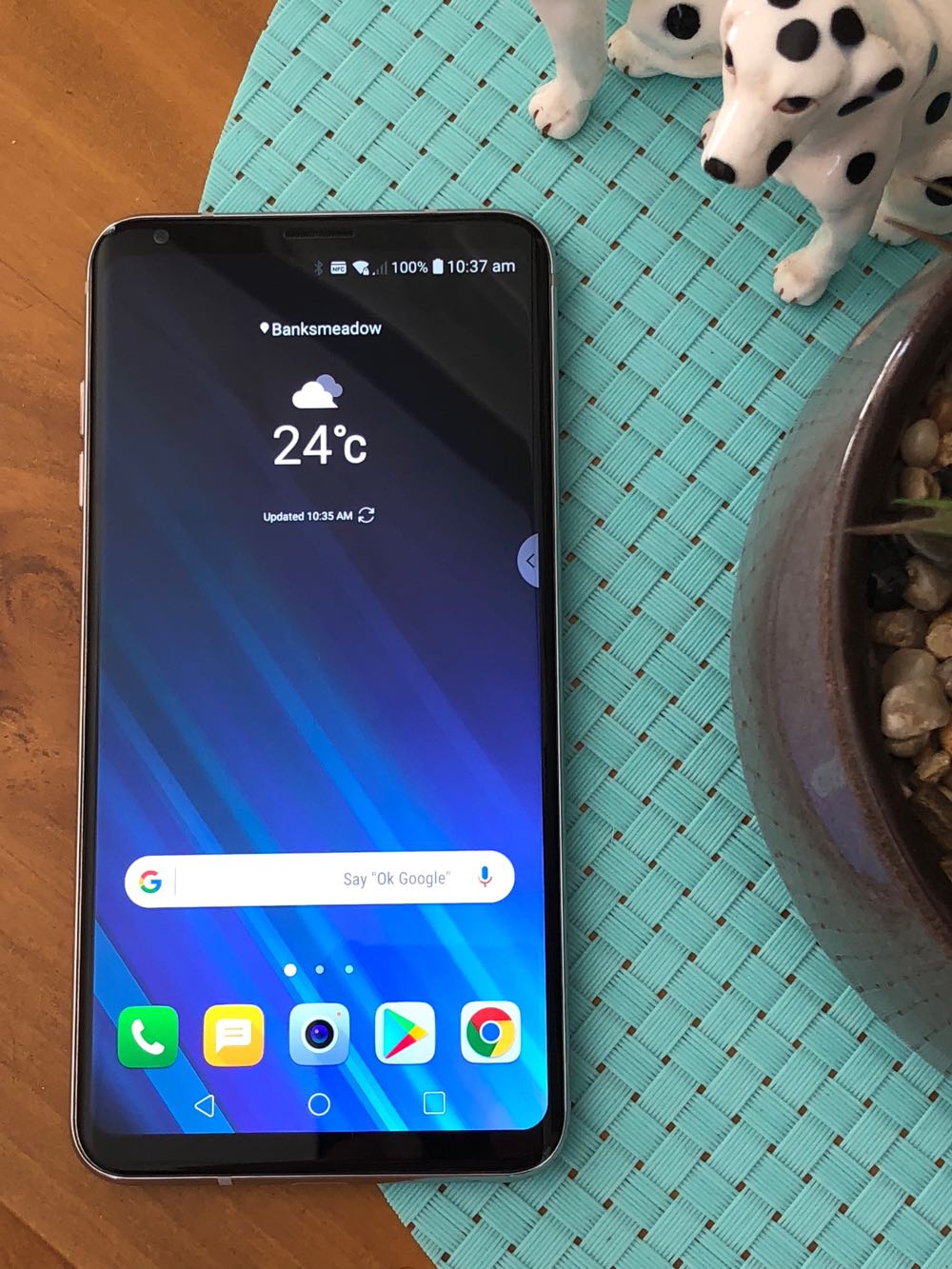 The V30 has gently curved edges on the rear panel next to the fingerprint reader and the dual lens camera.

LG was one of the first companies to relocate the home button and fingerprint reader to the back of the device.

Today that foresight has paid off and has been imitated but for the V30 it is completely in the right spot to let that screen have even more room. 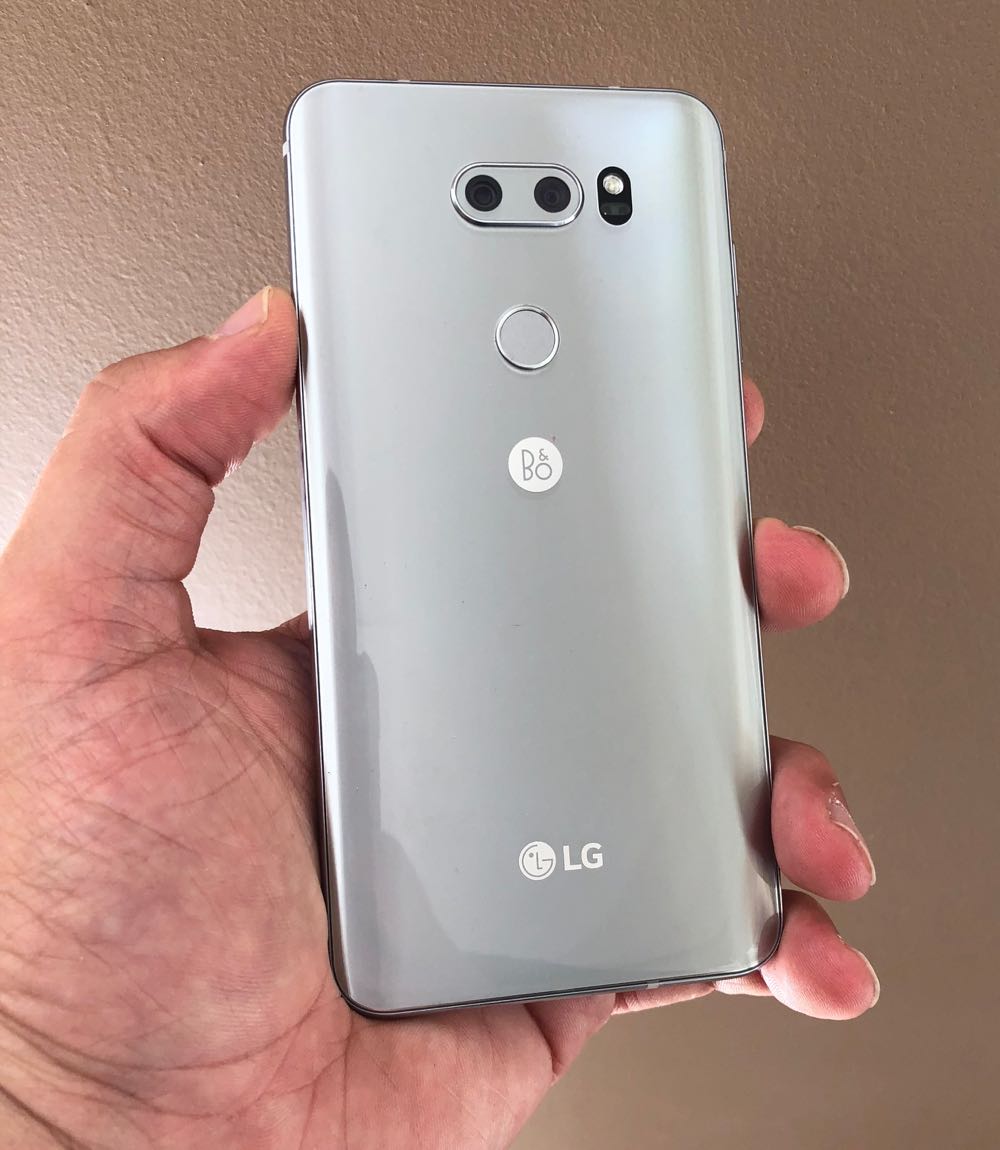 And there is no notch at the top of the screen like the iPhone X.

It is just 7.3mm thick and weighs 158g and also has Corning Gorilla Glass 5.

One of the most impressive things about the product is its impressive 6-inch OLED FullVision display which is sharp and bright. 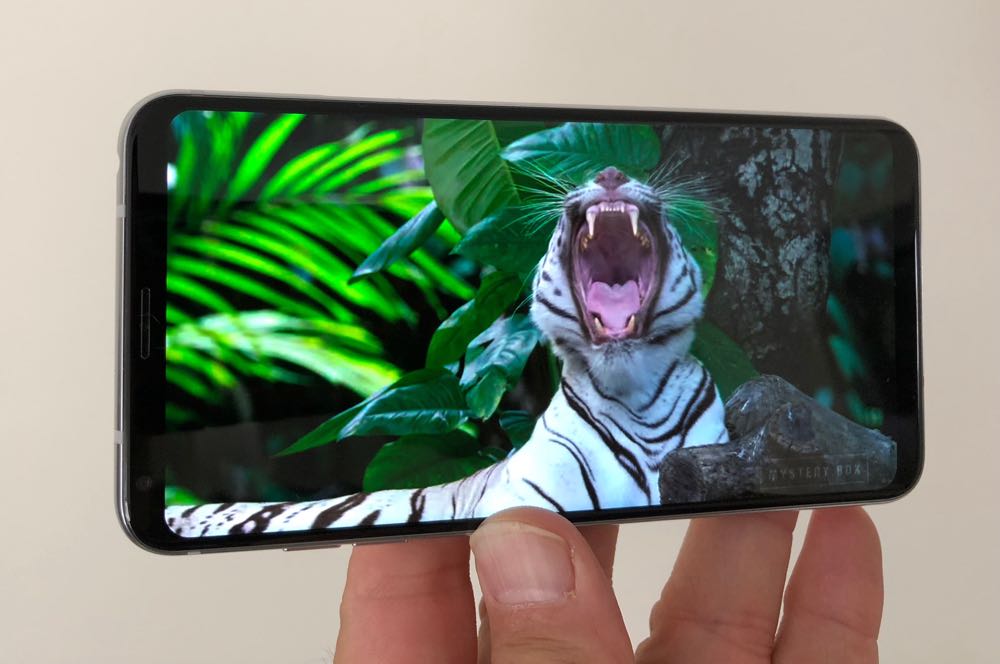 Those black levels and colour we saw on LG’s OLED TVs are now right in your hand.

And the display supports HDR10 so users will see whiter whites and blacker blacks with double the range of colour across 64 shades of gradation. 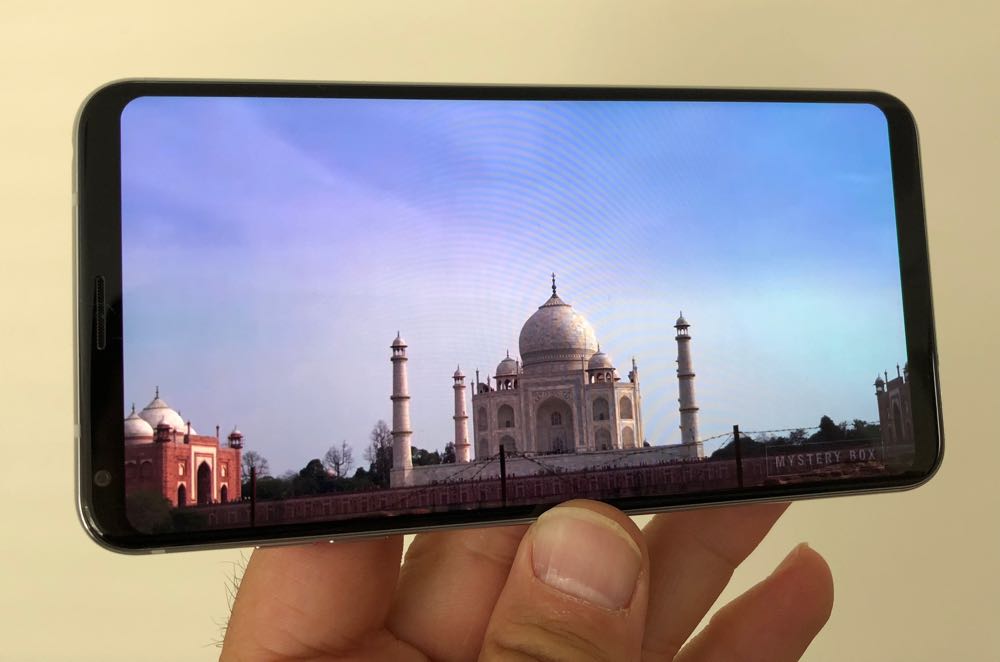 The latest content looks just fine on the screen so if you want to use the V30 as your entertainment device – you will not be disappointed.

The LG V30 has many strong features and one that stood out for us was the camera which offered not only impressive quality but versatility as well.

The device has a dual lens 16 and 13-megapixel camera and has glass Crystal Clear lenses so you get remarkable quality during the day and in low light. 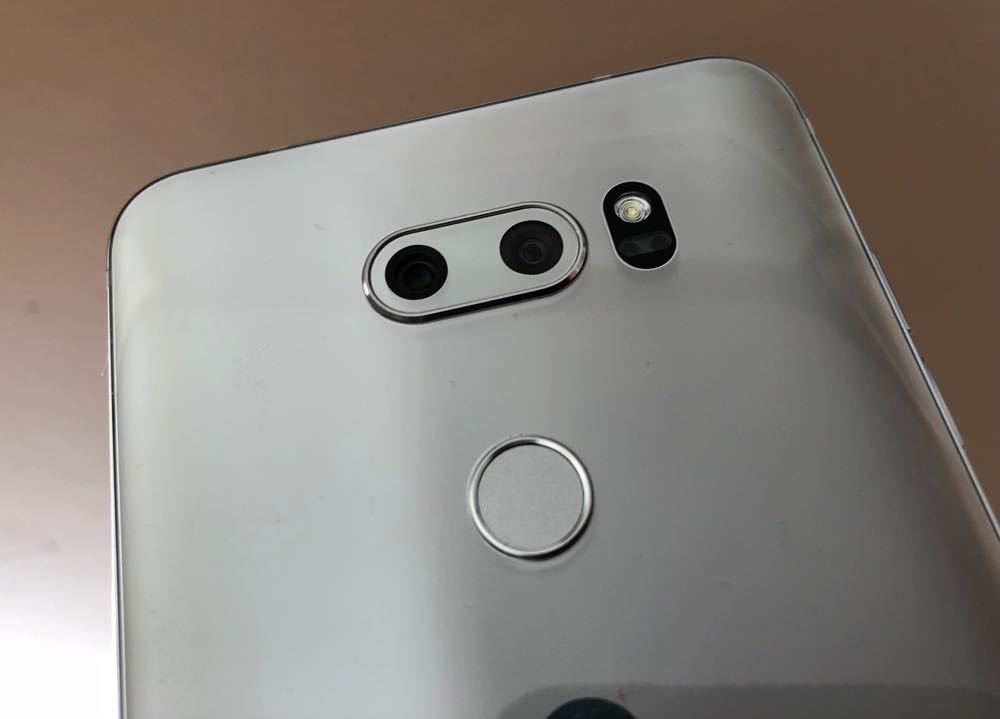 If you want to try your hand at capturing video, the V30 has got your back.

One of our favourite features was Cine Video – which allows you to apply a colour palette to your video.

There are 15 preset cinematic hues to choose from which are designed to give your film a unique look and feel.

It’s amazing how a change of colour can affect the mood of the video and the intention of the filmmaker.

Point Zoom is another innovative feature which allows users to select the point they want the camera to zoom in on.

This is a cool and subtle way to focus in on a particular part of your image. And you can set your zoom speed to make the shot look even more professional.

You’ve also got a wide-angle camera front and back so you can fit even more into your shots.

You can go from the standard 71-degree field of view to a 120-degrees at the press of an on-screen button.

That helps fit more into your photo and more people into your selfie.

Not only can the LG V30 take great pictures and videos, it is also a high-quality audio system with audio tuning by well-known brand B&O Play. You even get a pair of B&O Play earphones in the box.

When the earphones are connected you can access the Hi-Fi Quad DAC preferences and optimise the audio with four presets which mix-and-match sound frequencies and decibel scales to come up with professional level audio quality.

If you love your audio you will be pleasantly surprised with V30. And yes it does have a headphone jack.

The LG V30 is running the Android 7.1.2 Nougat operating system which in itself is impressive. But it’s not the latest Android 8.0 but far from being a dealbreaker.

One handy new addition is the Floating Bar which gives users shortcuts to their apps, music and content.

It’s a little bit like Samsung’s edge shortcuts and, once activated, pops into the centre of your screen and can be put right back when you’re done.

The LG V30 is powered by a Qualcomm Snapdragon 835 processor which does well to power all those premium features and keep the device running at its optimum level.

The device is fast and runs smoothly and you can pop in and out of apps in seconds. 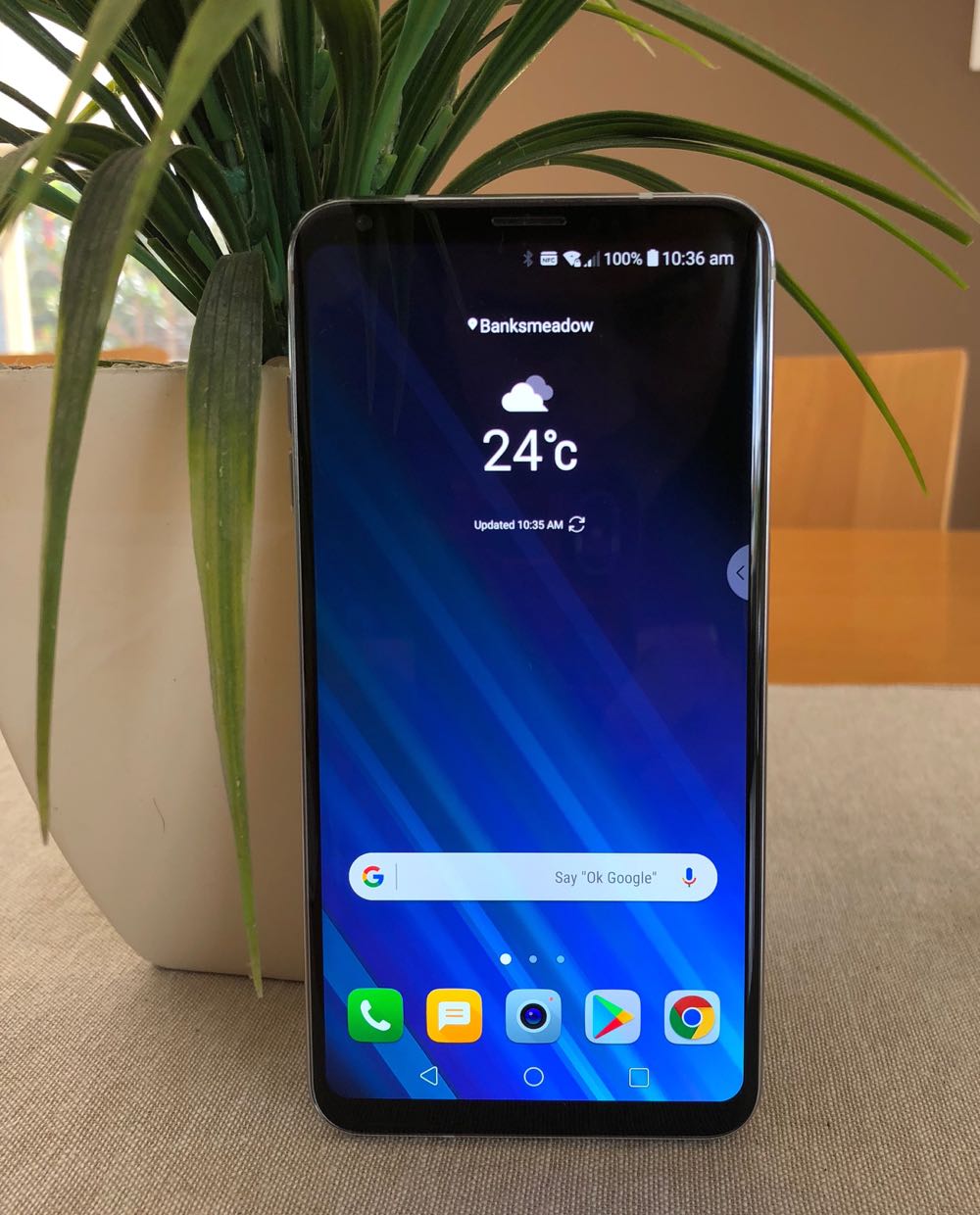 It has 4GB of RAM and 64GB of internal storage and has a microSD card slot to expand that memory even further.

Onboard is 3300mAh battery that, as we expected, easily lasts the entire day and well into the next.

Companies obviously put a value on their products and don’t want them to be seen as inferior if they are priced lower than their competitors.

In this case, LG would have seen a lot more traction if it was priced at $999.

Just getting in under the $1000 mark would made it even more attractive to customers.

The LG V30 is the dark horse of the smartphone market which might not have attracted as much publicity as other devices but it’s certainly worthy of being in their company.

This device would appear to be one of the best kept secrets for customers but once they get it in their hands they will be happy to tell everyone about it.

VERSATILE: The LG V30 is the dark horse of the smartphone market which might not have attracted as much publicity as other devices but it's certainly worthy of being in their company. This device would appear to be one of the best kept secrets for customers but once they get it in their hands they will be happy to tell everyone about it.